Only you can choose your fate!

A free to play online web game, that allows you to become a medieval knight. It is up to you, whether you become good or evil.

BattleKnight is a browser MMORPG developed by a german studio Gameforge GmbH. The game itself is free to play but offers micro transactions in case you want to become more powerful and faster. Certain upgrades can be purchased only with rubies, which are extremely hard to find during regular gameplay and the easiest way to obtain them is to purchase them with real money. Micro transactions are just an option and you can easily get by without them. 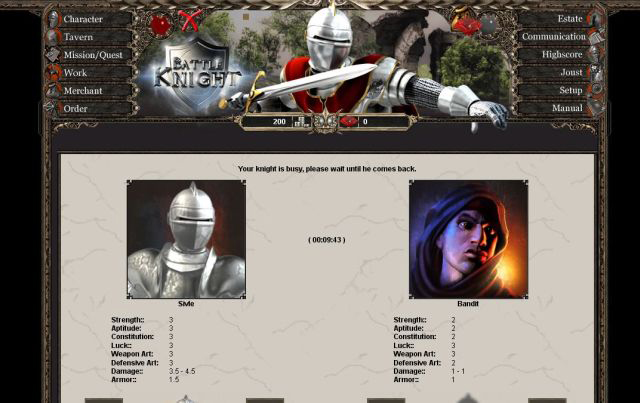 You take on a role of a medieval knight battling enemies and gaining experience, what allows him to become a more powerful and agile warrior. The biggest asset of the game, however, is the possibility to play along two paths – good or evil. Each one brings changes to the gameplay and offers different abilities to be used in battles. Completing missions is an important part of BattleKnight – they allow you to upgrade your knight even further. Even at this point many things depend on your karma – by being a noble and just warrior you take part in covering missions, and when you are evil you simply attack and assault. Before you can undertake a mission you have to be sure, that you have enough mission points. Every task takes up to 30 minutes – and the longer it takes, the more points it requires for successful completion. An alternative way of gaining money is work. It takes several hours, but the higher level our character has, the more money we gain. 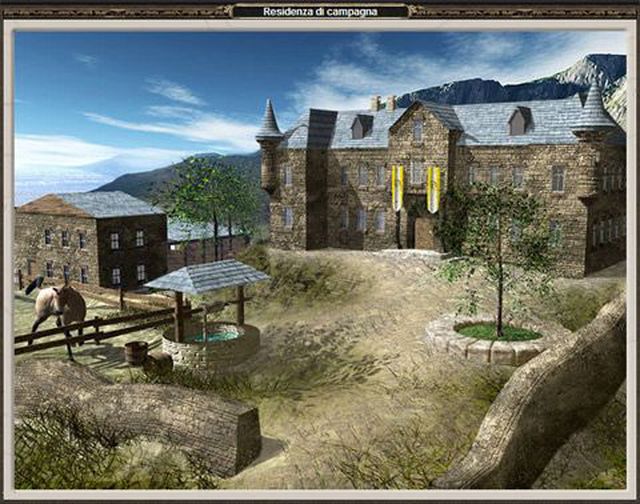 Our character has different powers depending on his allegiance. A good knight focuses on various defensive skills, whereas an evil knight is strictly offensive. All skills are activated with a certain amount of karma points, which are given to us after completing a mission or a job. Some skills upgrade strength or resistance, some take enemies' energy or boost up agility required to dodge deadly blows. Duels between knights have an interesting way about them: the result depends not only on statistics and items but also on the choice of areas to hit and defend. Every change costs some money, but it's worth it, because a good setup can ensure victory over even a much stronger enemy. It is crucial in tournaments which give us certain titles. We battle stronger and stronger knights, and in case we win, we can only gain. In time we can form orders with other players. By gathering more members we can upgrade our headquarters (a castle). Being a member of an order is voluntary, but it allows us to battle competition (another order) – we are not forced to fight with single warriors.