Build powerful military state, form alliances with other players and become most powerful leader of all. Show everyone that you are the best tactician!

Desert Operations is a browser strategy game developed by a German company playzo. The player takes control of a small country and the main aim of the game is to expand into a superpower. The latter can be done in several different ways. The basic ones are attacking enemy states, taking over their goods and forming alliances with those competitors who are able to enrich the alliances we create. However, before we enter the proper game, we face the difficult and arduous task of building the power of our country. The player can achieve this by building various infrastructure - banks, factories, universities, skyscrapers, residential districts, as well as constantly expanding the command building. Of course, it takes time to build each of them, so if you want to start playing Desert Operations, you should first of all be patient. 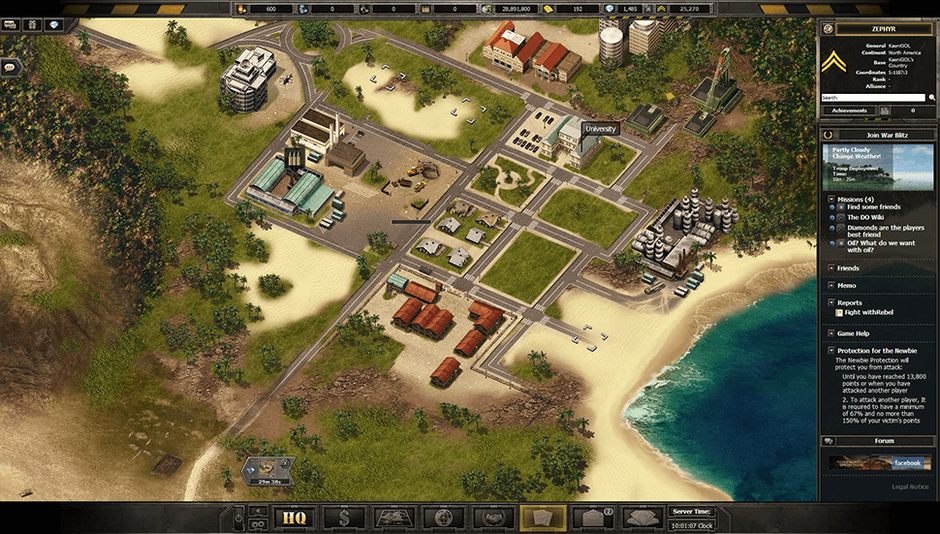 There are three types of buildings at the player's disposal. Production buildings increase resources (oil, gold, money and ammunition) and can also be acquired or lost as a result of attacks (outside the ammunition factory). Action buildings allow you to perform important tasks - such as starting an attack or managing a bank account. Military buildings, in turn, are used for the production of units (ground, air, water, defence). 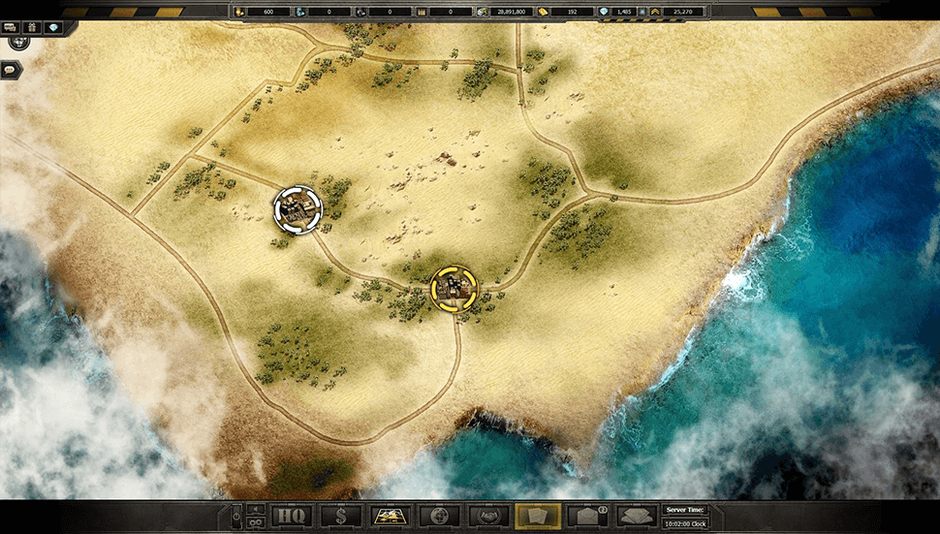 As befits a war game, the aim of the initial actions is, of course, to create a fully-fledged army. However, in order for the army to function properly, one should try to gain access to refineries that provide a constant supply of fuel, mines that are a source of raw materials and ammunition factories, without which no war could be successful. Survival in the world of Desert Operations, however, would not have been possible had it not been for the formation of effective alliances. The alliances are, of course, formed by the players themselves, who can join the existing ones or decide to form their own. Players' alliances can declare wars, sign agreements and non-aggression pacts. Looking through the list of alliances we can check exactly who belongs to them and what documents are in force in them. 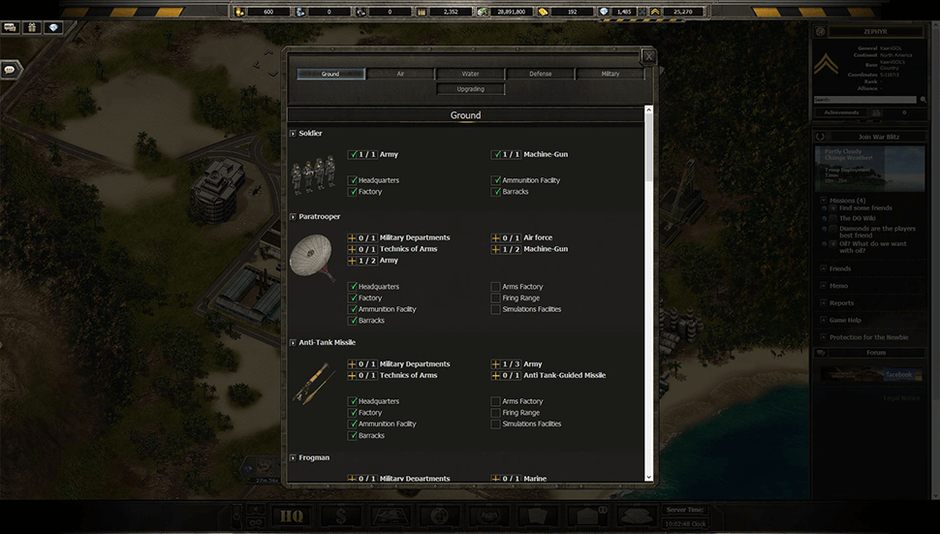 When deciding to establish and develop an alliance, we must take care of its administration. We can carry out these tasks on our own, although there is nothing to prevent us from delegating them to specially appointed ministers. Available ministerial texts include: the function of Diplomacy (manages pacts, maintains relations between allies and their members), the function of the Minister of Defense (manages and advises on defense matters), the function of the Minister of Finance (changes taxes and manages resources by distributing them among members and allies) and the Minister of Information (responsible for the appropriate flow of information between allies and allies with whom agreements have been made).

In addition, the intelligence plays a very important role in the Desert Operations. With his help we can learn about the size of the enemy army, or the current state of his defensive forces. It should be remembered, however, that an unsuccessful intelligence campaign may result in the disclosure of any information about the state of our army.