Islandoom is a strategy game that takes place on an archipelago created after World War III. Your task is to gather resources, fight with other players and develop your own faction – the goal is to control as much of the planet as possible.

Join now and start your conquest on a new server!

Islandoom is the first game developed by Bloomga, a Polish developer. The world of Islandoom is divided into separate servers. Each one of them is a separate archipelago that can contain even thousands of players. You start the game with one underdeveloped island and the first goal is to develop our economy and military. In order to make it fast you have to gather four most important resources – quartz, steel, polymer and uranium. They can be found on islands that can also be colonized. The aforementioned resources are used for buildings, defense systems, ships or technology development. You should also keep an eye on population. All ships, cannons and buildings rely on it which means that you need to have some workers available all the time. To get them you have to build living quarters that keep generating a certain number of people. 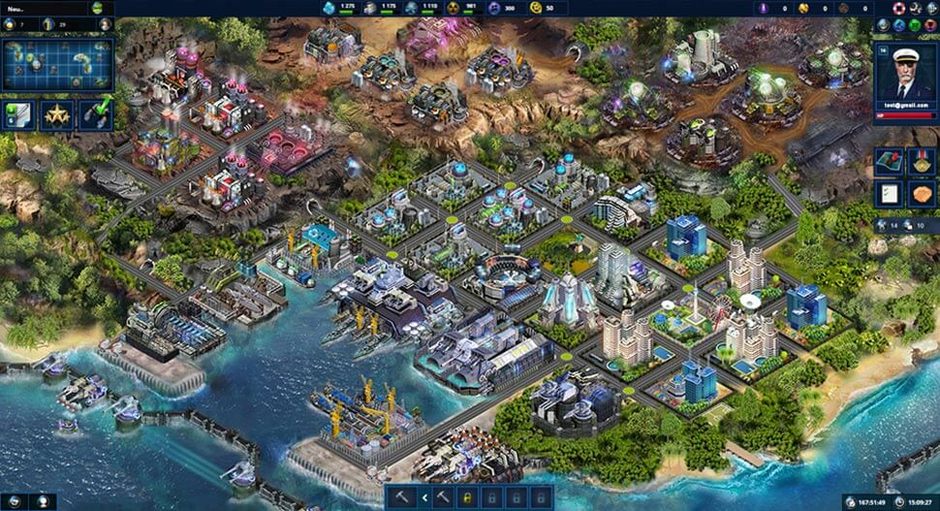 Besides developing your faction, you have to also conduct researches that can help you discover and develop already known technology. The easiest way to describe them is to say that they make your structures a few times more efficient. Certain researches can let you spend resources better or to build more powerful ships. However, the gameplay doesn't focus only on developing your faction. You also have to take care of its defense and warfare. Because of that you should create better defense systems and recruit stronger units that can be send on a war. Another important thing to do is to develop your hero, a personalized ship that is your most powerful unit. Send this unit on expeditions to develop it and get rewards that are divided into 2 groups– experience points and chests. Points can let you develop your hero (each new level gives you 4 ability points). The chests can contain, e.g. upgrades that you can install on your ship, extra money, an option to reset abilities and much more. Your hero can also participate in battles with pirates and other players. Its performance depends on how you developed that unit – it can serve as a powerful unit or as a support that can help other units by increasing their attack and defense. 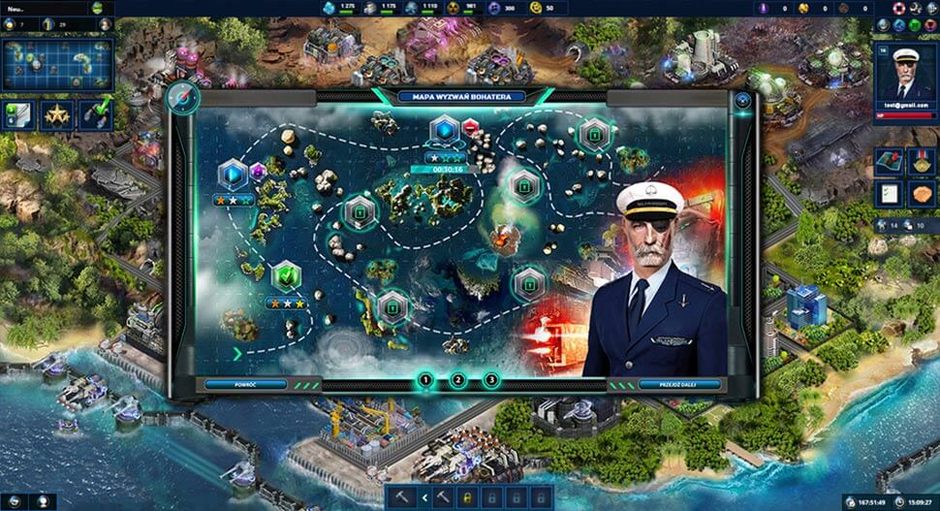 Once you gather a large fleet (that consists of offensive ships, submarines and special ships, e.g. spies), you can decide to attack another player. If you win (this depends on both your and enemy's forces), you can get most of their resources – a good way to get rich. However, there is also an alternate way – you can create alliances with other players. This lets you negotiate terms of trade and get resources. Remember that things happen even when you are logged out – you can get attacked even when you are not currently playing. 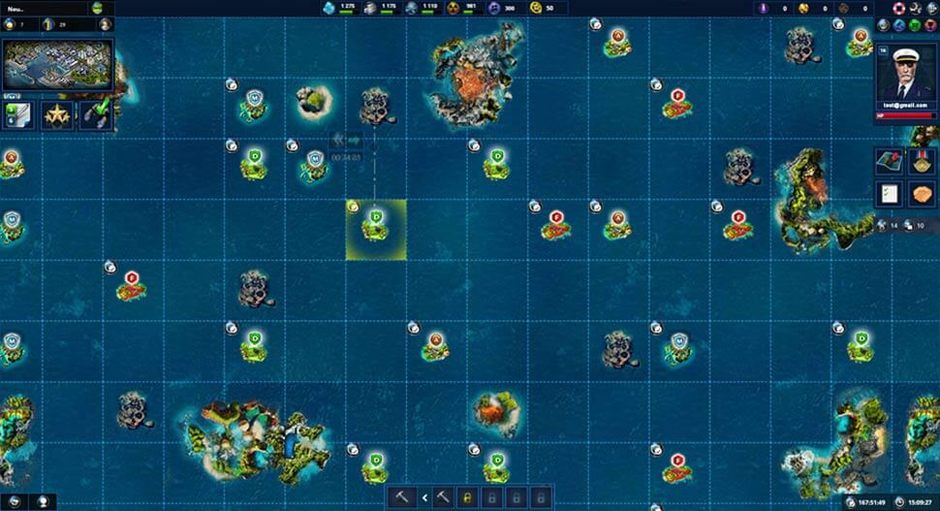