Lead your kingdom into a new era of wealth and fame!

Develop your colony in order to colonize or take over neighboring regions.

KingsAge is an MMO browser-based game, taking us to dark, medieval times of knights and kings. Our main goal is to convert a small castle with a handful of settlers into a mighty stronghold, filled with peasants, merchants and artists. The game is highly attractive thanks to its surprising complexity and this special ability to create a desire for castles, fame and wealth of your kingdom! At the beginning, we must decide on the direction of development of our settlement. We can aim to build an important trading city, as well as a fortress, storing an experienced army, ready to fight and conquer neighboring players. Note that they have their own kingdoms - it is totally up to you, who to attack and destroy. 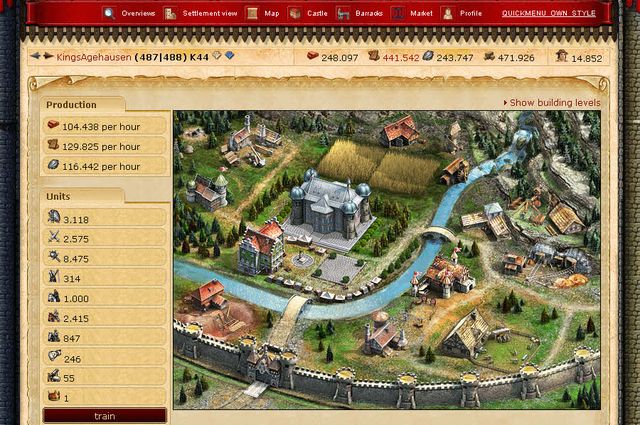 owever, you can create an alliance as well - in such situation, you shall fear an attack no longer, as your allies will not start a war against you, but even help you out in conflicts with other kindgoms. It is also important to trade with other players in order to gather missing or scarce resources in exchange for goods you have in excess. From the very beginning, you must be prepared to defend yourself from enemies. In order to survive, you must start training as many soldiers as possible. You can do so in the Barracks. Achieving next levels of this building is crucial, as you need to develop and upgrade your army all the time. There are several types of warriors available for training, as well as scouts. They can be sent for espionage missions in order to gather information about enemy troops. If you want to make your army more efficient and flexible in battle, you may want to unlock special abilities like horse riding or bow usage. That last one allows to fight on a distance, which naturally gives an amazing advantage on the battlefield. 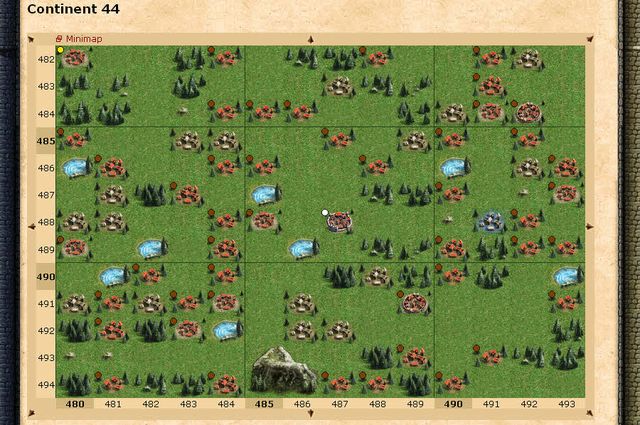 However, we cannot survive if we battle only. War is an expensive sport, so we need to visit the Market quite often. In the Market, we can buy resurces and send them in various places by using special transport donkeys. Just like the Barracks, if you have a high-level Market, you may have better trade opportunities. As your kingdom grows, you gain more respect among people who consider you to be their king. After a while, the society builds statues of you, in order to express their appreciation for remarkable policy and constant growth of the kingdom. Note that right after building the statue, castle walls get 50% stronger.