New installment of the famous franchise!

League of Angels is a series of games that has become a worldwide phenomenon. Millions of players around the world, hundreds of servers and millions of hours of gameplay. Now, this fantastical universe receives its third installment, which, in addition to improved 3D graphics, adds new features to the mechanics and combat system. The game is available in any browser for free. If you are a loyal League of Angels fan or a new player interested in the genre– check out the game now!

Veterans of the series (as well as browser games in general) probably won't be surprised that the game starts with character creation. After that, our avatar is transferred directly to the game world where during the first 30 levels we will complete quests that are part of the prologue and tutorial. Many of you will probably think that these 30 levels mean a tedious experience farming process, but this isn't true! League of Angels 3 is a game where the level scaling is much higher than in other RPG games. You will reach level 30 in a blink of an eye. I want to also point out that the tutorial uses a full or half-full autotracker. This means that the game will perform all actions in automatic mode while teaching us its mechanics. We can speed up the process a bit by clicking through the specified tags in the UI. 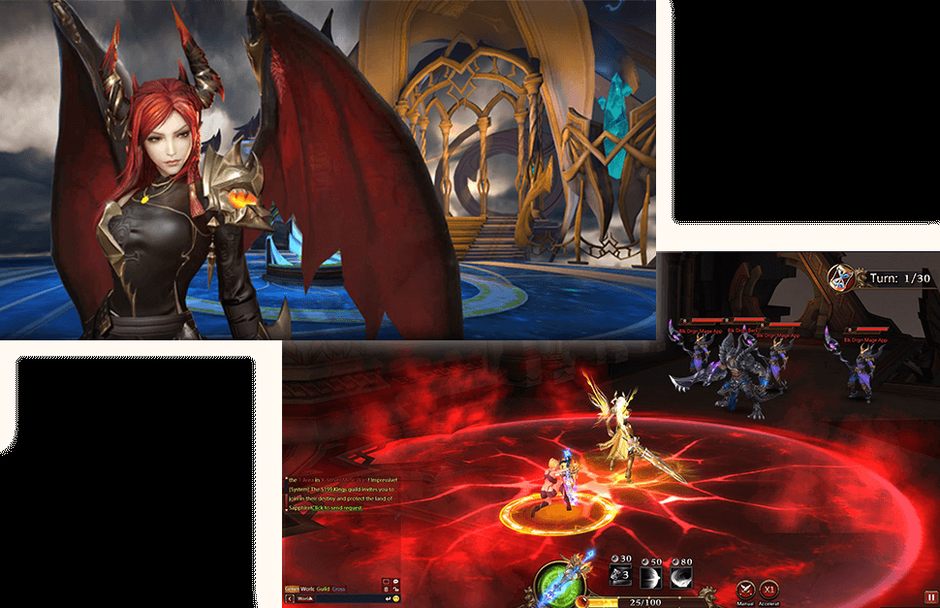 The game itself – as it happens in the RPG genre – is based on story quests, for which we get valuable prizes: experience, experience scrolls for our comrades (more on that later), items, inventory and crafting materials. I won't spoil the plot but it is a natural continuation of the story known from previous parts of the series. Those who had contact with them will immediately recognize the quest givers, NPCs and characters from the first and the second game. 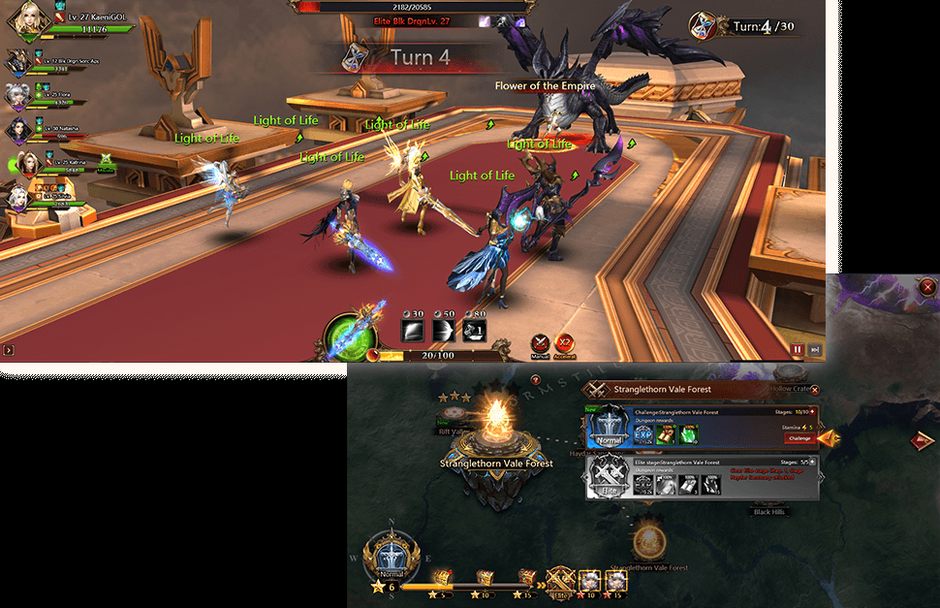 As for battles, the gameplay in League of Angels 3 is similar to Japanese RPGs, which can be categorized as a turn-based combat system. Yes – this mechanic is the same as in the previous entries. A few words for the new players – we are dealing with a semi-active turn-based system, which means that our team is attacking in turns, and our task is prior development of tactics and formation, as well as the use of active skills. Thus, it can be said that the success depends on our strategic sense. Another mechanic known mainly from jRPGs is its world. This means that we will move mainly in the cities serving as hubs from which we can travel to the dungeons. And the game has hundreds of them (further divided into different levels of difficulty)! 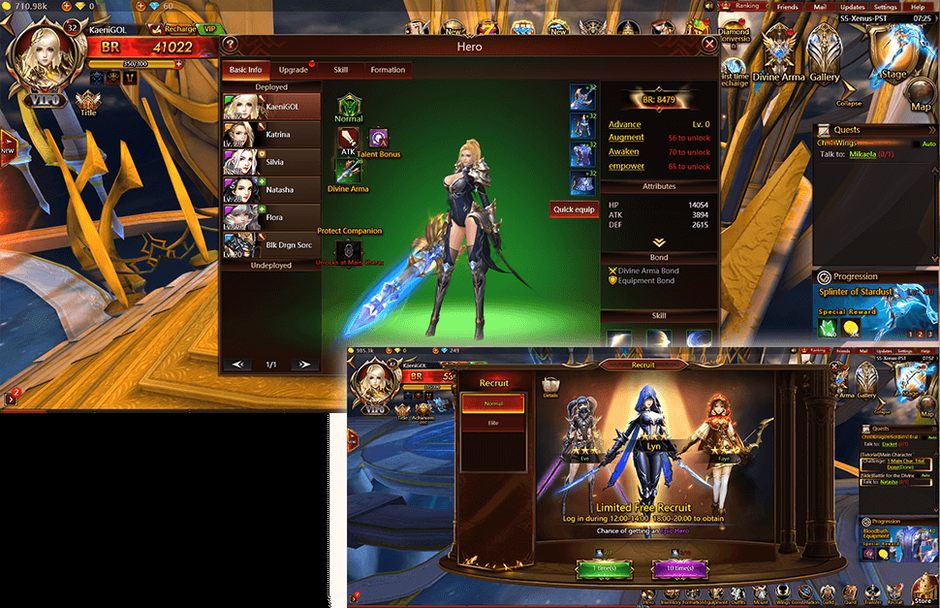 I have already mentioned that success is determined by our strategy, and there is no exaggeration in that. Our team is composed of various fantastical heroes. They are divided into different tiers – levels ranging from rare, epic, legendary to mythic. Of course, higher level heroes have more powerful and unique skills. But this is only the tip of the iceberg! Each character in the team can be equipped with items, we can develop their skills, and level up with the use of experience scrolls. Also, remember that some heroes have a better synergy which means that they work better in a specific formation. Therefore, it is necessary to build your team mainly around their relations! How to get all these heroes? To get them, we need both luck and a bit of planning, since – as in the previous parts – we summon the heroes in the Recruit tab. Sometimes, you can get "an entire" hero, and other times, you will get fragments of heroes. You need to collect a certain number of them to get a full-fledged character. 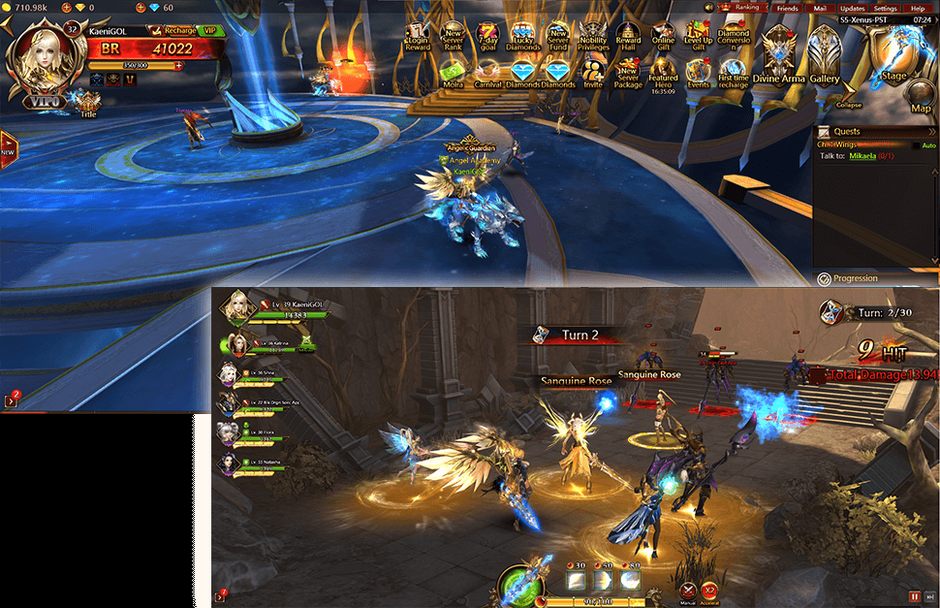 Although the story quests are the main focus of the gameplay and are the most optimized development path of our avatar, they are only part of activities prepared by the developers. The game offers much more! We unlock them by reaching new experience levels. Among them we can find:

and much, much – you unlock the new modes at higher levels of experience. As you can see – the game has plenty of content! 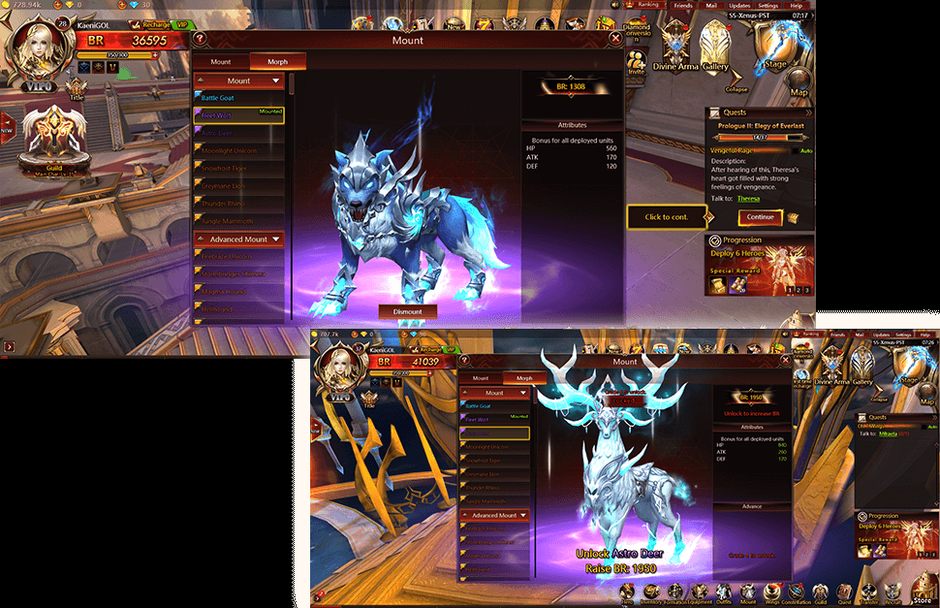 The mounts and wings tab is also slightly improved in relation to the prequels. We can get them in the same way as in the predecessors, but their development is now more extensive. Also, the third part offers more of them than the previous entries (this should please the veterans of the series). If that wasn't enough, each mount also has unique attributes and abilities, and in addition, it can be upgraded to further enhance its passive combat abilities. The same goes for wings, which, besides the passive increase of our statistics, have another additional advantage in battle, and that is... making our avatar look more epic. :) 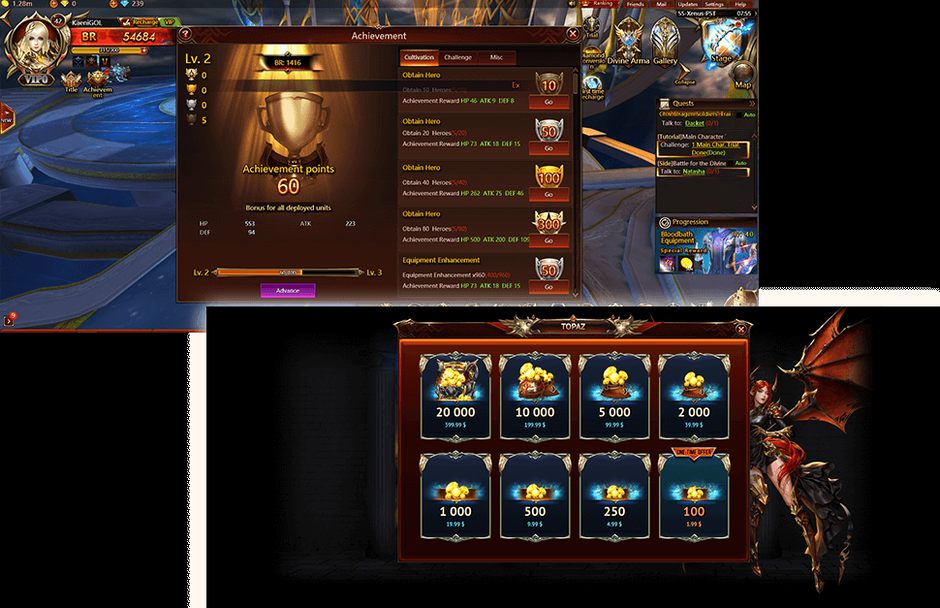 League of Angels 3 is a completely free game, but probably everyone knows that a free-to-play model usually comes with a premium store with additional content. Premium currency can be divided into two levels: diamonds and topaz. Diamonds are a little less valuable, although we can spend them on boosts, unlock energy and get experience scrolls and potions. However, the only way to buy rare heroes, mounts, etc. is to spend topaz. New players don't have to worry about anything (and the veterans already know about this)! League of Angels 3 offers so many extra activities rewarding the players with the premium currency that you don't need to worry that the game is pay-to-win. Of course, in this case, you need to manage your diamonds wisely and spend them on really necessary items, etc. A good advice – don't exchange them for gold! 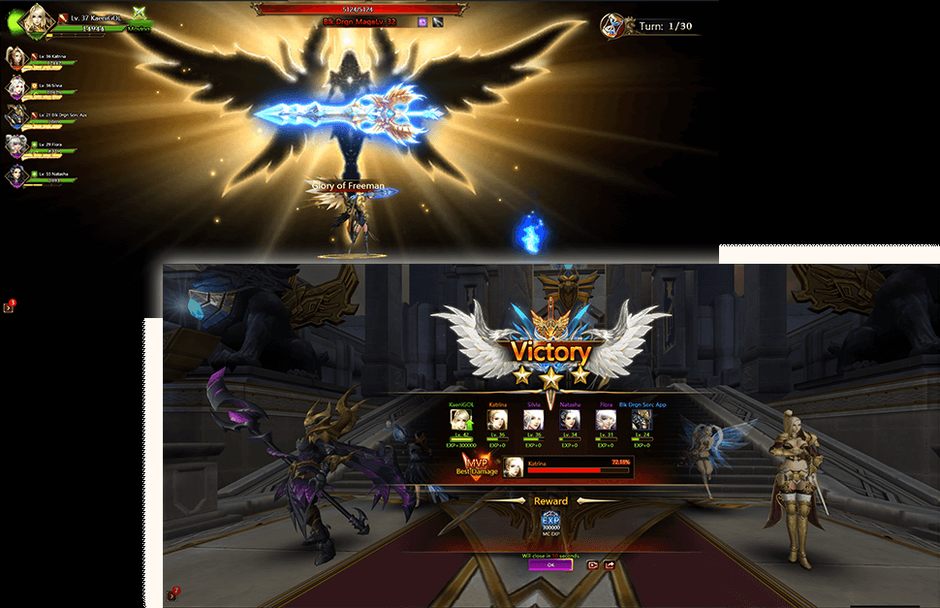 League of Angels 3 is a game that should be enjoyed not only by fans of the previous parts but all fans of RPG games (especially those from Japan). The third part of the series has the same basics as the previous titles, but thanks to the development of technology, it is a significant improvement (especially in the graphics) over its predecessors. Excellent visuals, consistently addictive gameplay, huge community and optional autotracker – all of these factors contribute to the fact that League of Angels 3 is a great choice for players looking for entertainment and a break from daily duties. We highly recommend this game!