Tap your alliance to join forces against an aggressive planet, fleets in time of intergalactic warfare!

The first browser-based space strategy-game with a challenging tactical depth and team play possibilities for thousands of players across the world.

With over 30 million fans worldwide, OGame is one of the most successful browser titles of all time. Set in the vast reaches of outer space, OGame is a multiplayer online real-time strategy game that gives players the chance to research powerful technologies, colonize planets, and amass giant armadas as they mine and trade precious resources. 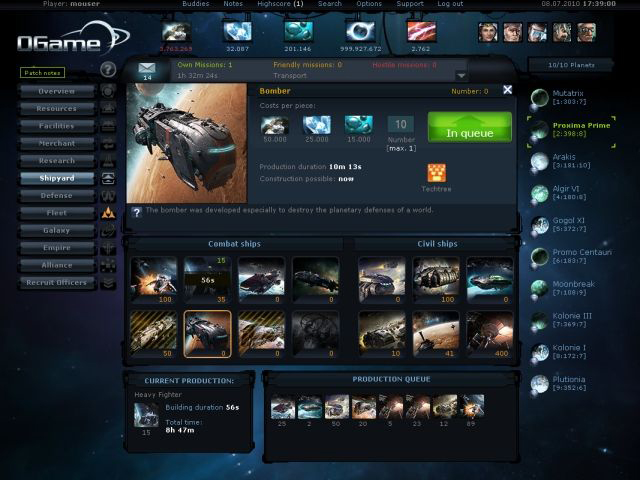 By successfully forging alliances and waging war against other players, planetary kingdoms can become empires that span the known universe. OGame is a game of intergalactic conquest. You start out with just one undeveloped world and turn that into a mighty empire able to defend your hard earned colonies. Will you terrorize the area around you? Or will you strike fear into the hearts of those who attack the helpless? 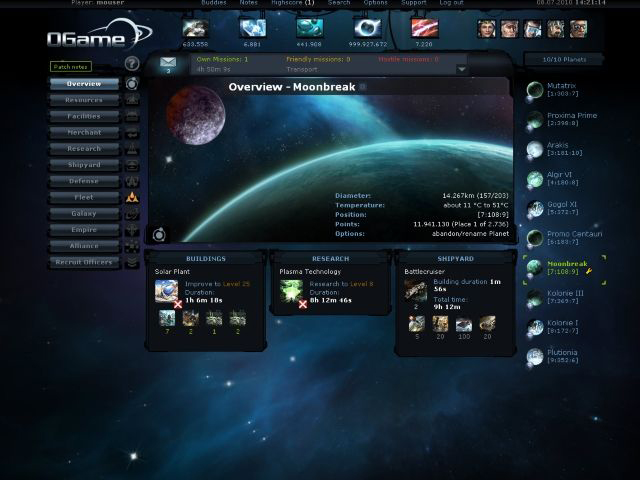 Grow your empire by harvesting metal, crystal, and deuterium from your own planets. You can opt to attack players and steal resources from the wreckage, but take care. Angering the wrong alliance can be a fatal mistake. Construct Death Stars and Destroyers to annihilate your enemies or catch an attacking fleet by surprise with defensive arrays of Rocket Launchers and Plasma Turrets.