Take part in great battles and fight with players from all over the world!

War Thunder is the newest arcade flight combat simulator. The game uses the free-to-play model and gives you the opportunity to compete with thousands of players. War Thunder is all about the realism of combat. Players can choose from hundreds of airplanes featuring detailed cockpits and customizable equipment. On top of that, you can take part in real, historical operations.

You start War Thunder by visiting your hangar. From the very beginning, that’s where you can find your tanks and airplanes, representing five countries: USA, Great Britain, Germany, the USSR, and the Japanese Empire (where only airplanes are available so far). All you have to do now is get through a short tutorial, introducing details of piloting the airplane and controlling armored vehicles. After choosing a machine, you can get right into the combat. 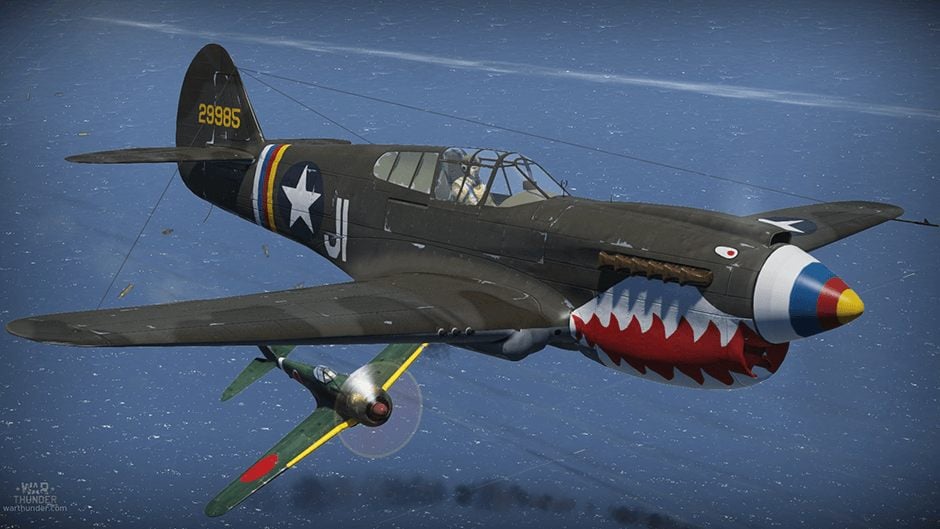 The gameplay of War Thunder does not significantly differ from other third-person shooters. You control the crosshairs with mouse, steer with WASD, and open fire with the left mouse button. In the default arcade mode, all you have to do is aim at a small circle in front of a hostile plane or pull the trigger when the crosshairs turn green to be sure that your rounds reach the target. The first couple of battles allow you to learn the controls, which is rather important, given the fact that flying bigger planes will require some skill. 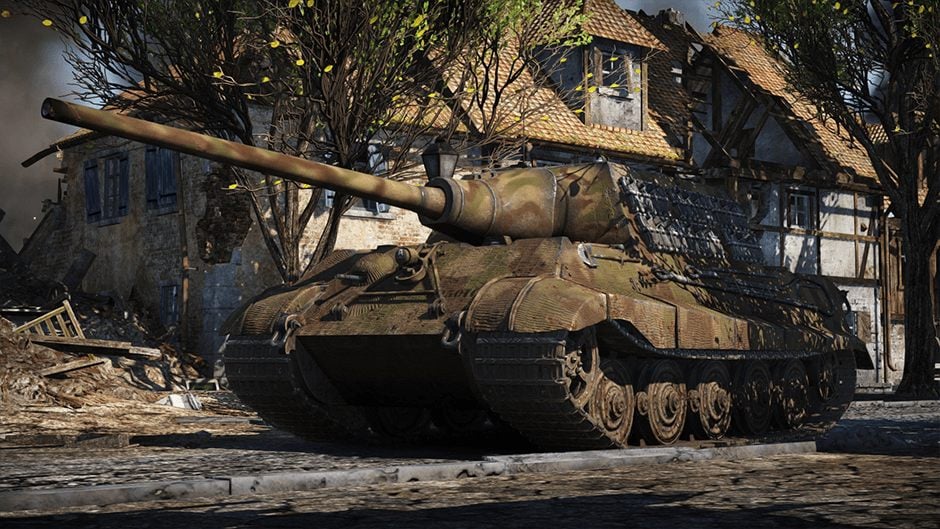 War Thunder contains a very complex damage system: gravity has an effect on each fired round, which, after hitting a target, can deflect from the armor or penetrate the machine and damage various modules inside. Since there are no health bars here, the enemy is only considered neutralized when the whole crew is dead or the vehicle burns down because of fuel ignition or explosion of the ammo rack. In the case of airplanes, you must shoot off a wing. This means that many hits reaching non-critical systems of a machine will not ensure success. You must learn the weak spots of tanks and airplanes: you can scan for them in the hangar or just pay attention to thumbnails displayed in the top-right corner during battles, showing the effectiveness of your attacks. 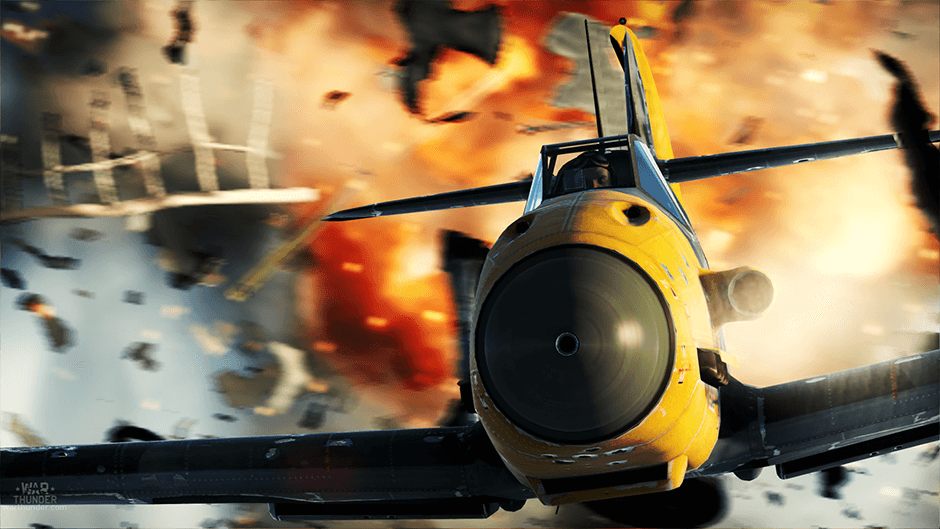 Apart from the realistic damage system, War Thunder also features perfectly applied physics of the airplanes and tanks in Realistic and Simulation modes. The airplanes can stall (i.e experience a loss of lift coefficient, which means losing control of the aircraft) and are subject to g-force, which can crush the wings of your plane if your maneuvers are too violent or temporarily stun the pilot. The law of conservation of energy was also superbly rendered, allowing skilled players to quickly turn altitude into velocity, and vice-versa. On the other hand, those of the players who would rather just shoot at other airplanes can play in the arcade mode, where the gravity is a little bit weaker and the planes never enter a spin. The realism of ground battles can make heavy vehicles mire in deep mud, cause big and unstable tank destroyers to roll over on steep hills, and allows wheeled vehicles to go at full speed only on a hard surface. 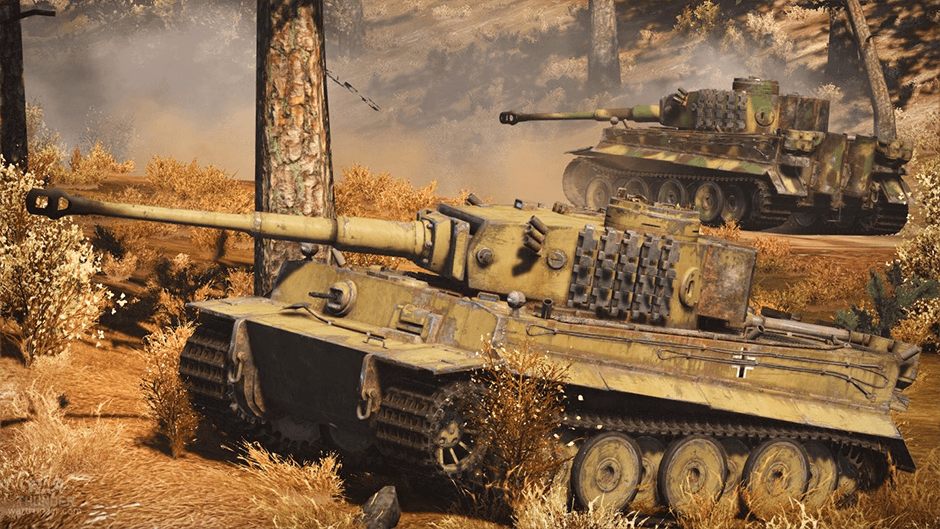 After finishing a battle, you are awarded experience points and silver lions (i.e. the game’s currency), which you can use to upgrade, re-arm and repair your current machines, or to purchase new ones. Hundreds of them are available: from light tanks and biplanes through medium tanks, tank destroyers, attack aircraft and fighter planes, to heavy, main battle tanks such as Tiger II, strategic bombers like B-17, or fighter-jets, for instance MiG-15. The time span covered is incredible, reaching from pre-war machines to planes and tanks from the Korean War. 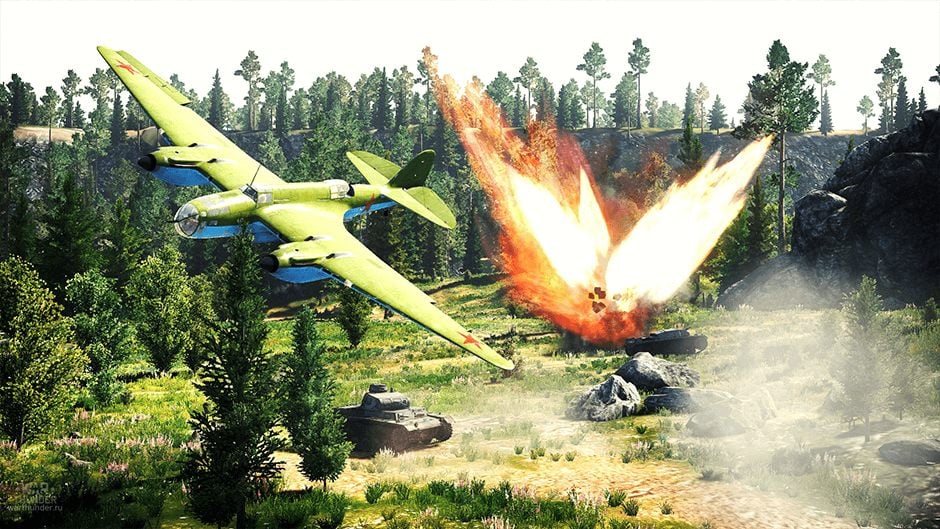 All the machines can be upgraded by equipping them with better engines, machine guns, cannons and fitted with newly researched ammo types. You can also paint each plane with your favorite disruptive pattern and add different insignia. A newly added feature also allows you to decorate your machine with trophies or a camouflage of freshly cut bushes, leaves, and branches. 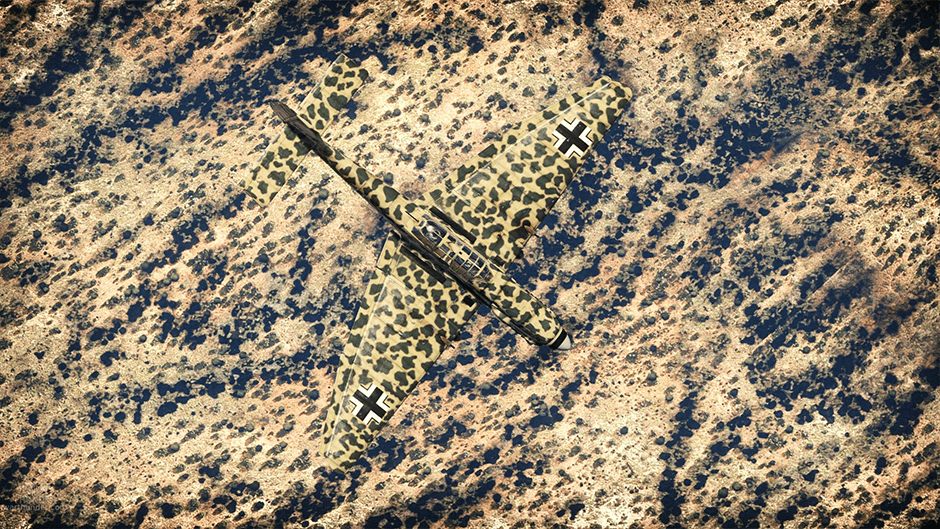 In addition to the default arcade mode, you can also try the abovementioned realistic and simulation battles of increasing difficulty. In the latter, you assume the role of a pilot or tank commander, hence the severely limited field of view; it’s a real treat for true simulation enthusiasts. On top of that, there are historical battles, which allow you to take part in real operations of WWII, as well as a practice mode and a mission editor. 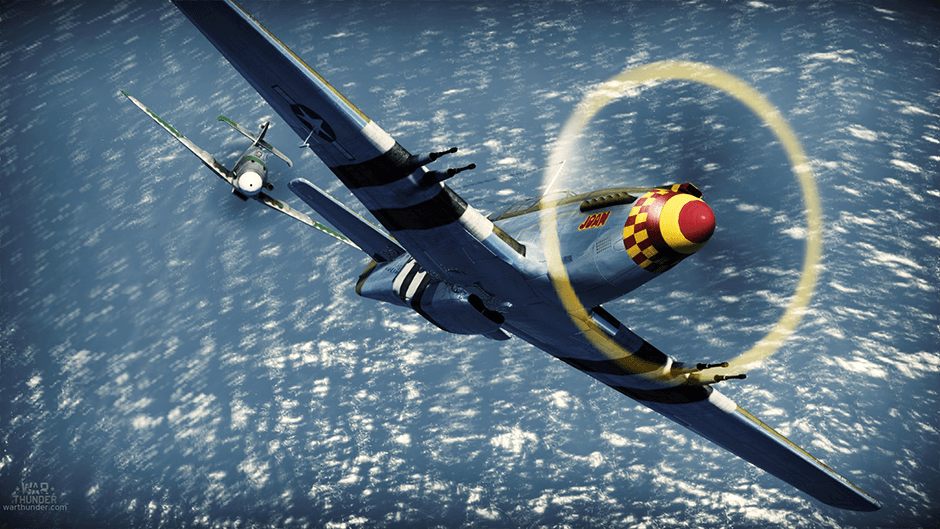 The game is free-to-play for everyone, but there’s an option to buy a premium account for real currency, which doubles your XP and increases the silver lions income. There’s also a collection of premium vehicles – prototypes, captured aircraft (taken from the enemy and used against them) and rare warplanes. It’s a unique opportunity for collectors, but one for which unfortunately you have to pay. 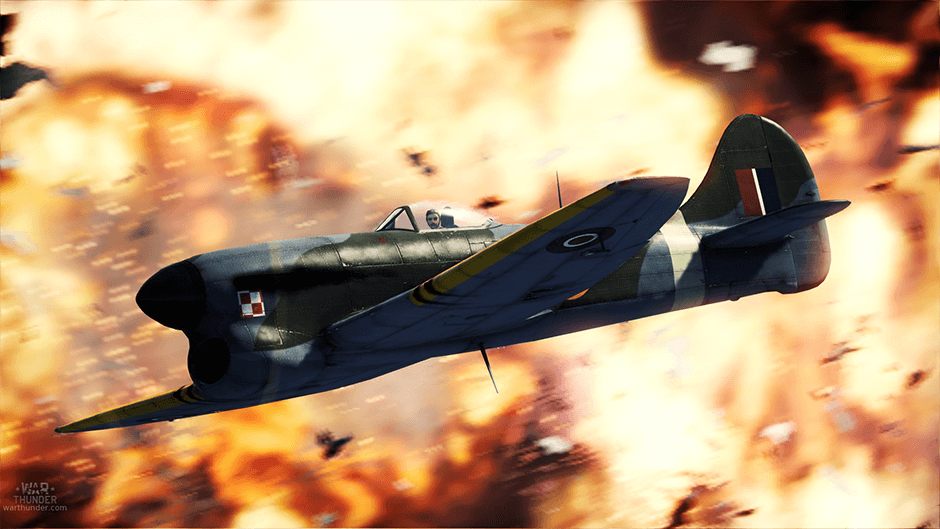 War Thunder is available for free both on Steam and as a stand-alone game. No matter if you’re looking for a simple WWII shooter or want to test your skills in more complex simulation battles, this game is perfect for you. If you’re not sure whether or not you’ll like it, just give it a spin anyway. Who knows, maybe you’ll become the next Gabby Gabreski.