Enough with fantasy! Welcome Warframe, game made by Digital Extremes that will throw you into an epic sci-fi world. Test yourself and experience an incredible story in company of amazing graphics.

The easiest way to describe Warframe, developed by Digital Extremes Studio, is a third-person cooperative shooter MMO with RPG elements. You can play by simply downloading the game. Your adventure begins with the choice of one of three armors: Excalibur, Mag and Volt. Each of them offers a completely different type of gameplay, but after a certain stage in the game, we can get more of them. Each Warframe has separate skills, both active and passive. We are not assigned to one frame for the whole game – once we get a new frame, we can switch between them and personalize. 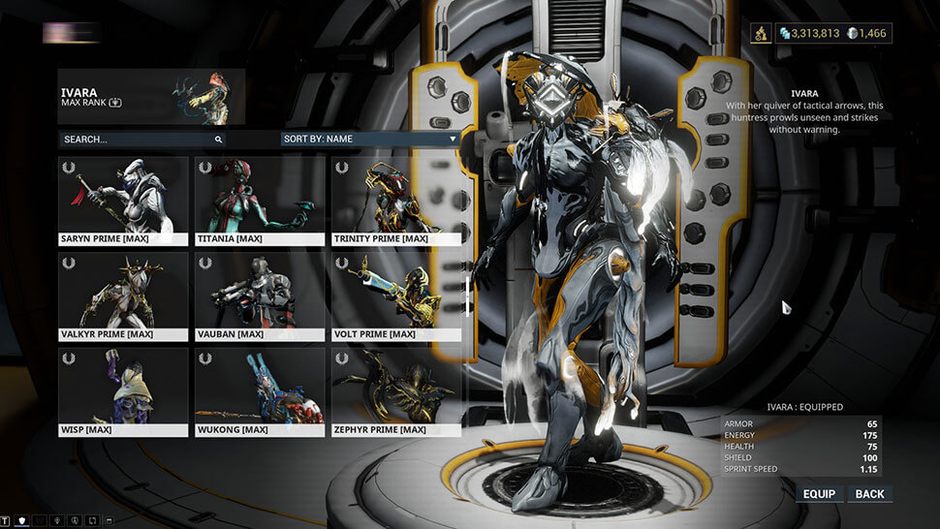 The gameplay begins with a tutorial, which is both an introduction to the game's world and its mechanics. Gradually, we learn more about the plot, some of the main characters, and can test our skills against opponents. 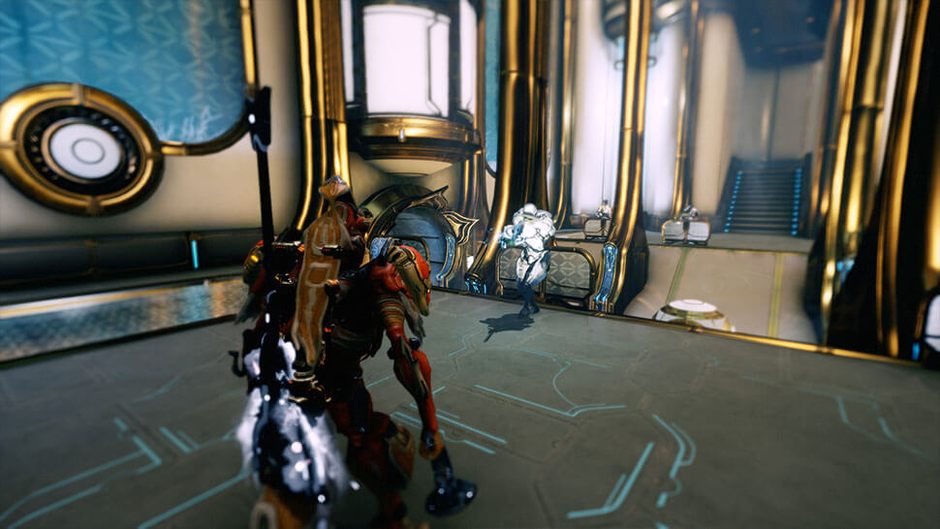 In addition to the typical tunnel maps where we perform a number of missions, we can also access huge open locations offering new missions and challenges. Do not forget about Archwing technology (along with a unique set of weapons and mods), thanks to which the players can go to space. With this equipment, moving on vast, open areas become much more effective. 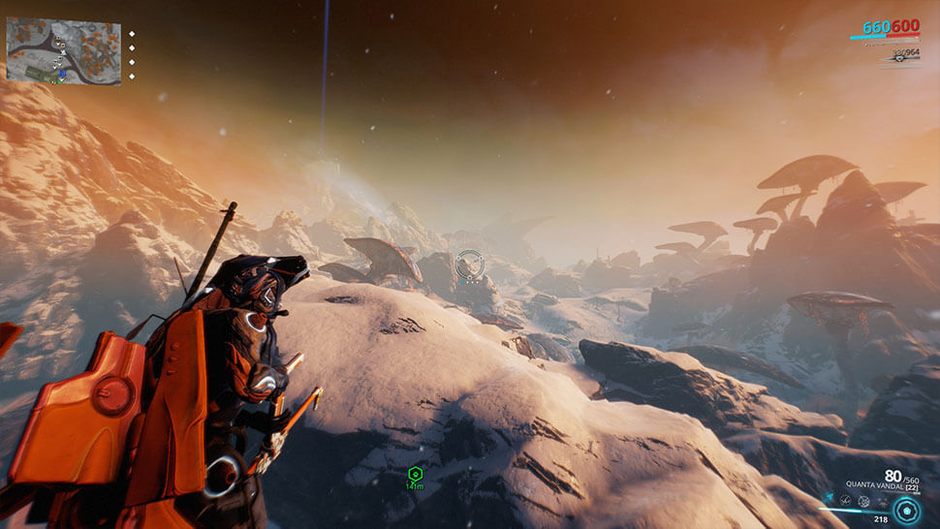 The mechanics used in the game allow us to level up almost everything. From weapons, companions, to Frames. Upgrading each of the elements increases our Mastery Rank (MR). Its development is an integral part of the game – along with the new levels, we get access to previously locked weapons, as well as some mods and activities. MR has an impact on the entire gameplay, and the higher score level indirectly translates into faster development of any weapon or more efficient acquisition of syndicate reputation that the player will encounter during their adventure. 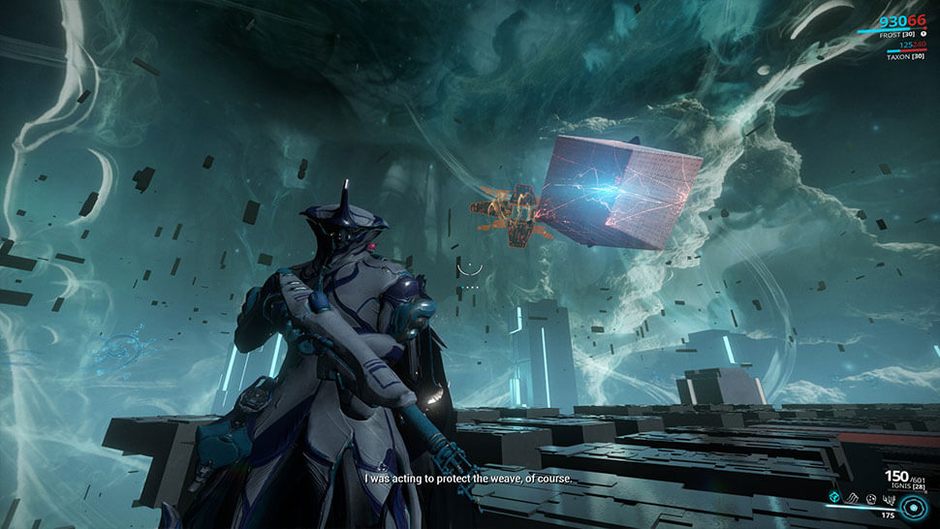 Warframe is a classic third-person shooter, with very nice gameplay mechanics – the movement is incredibly dynamic and we have the ability to perform bullet jumps, flips and other maneuvers worthy of a real ninja. The weapons behave pleasantly and each of them is unique – we have a really impressive arsenal, where in addition to the "classics" such as shotguns, rifles or sniper rifles, we can also find futuristic and exotic guns and melee weapons. Each Frame (when reaching a certain MR level) can use all kinds of weapons, however, the choice of the required mods and abilities means that some work better than others. For example, Mirage is ideal when using machine guns and shotguns, and Valkyr works best in close combat. The number of weapons is further enhanced by the extensive system of mods, giving players the ability to dynamically select the parameters of weapons in accordance with their needs. 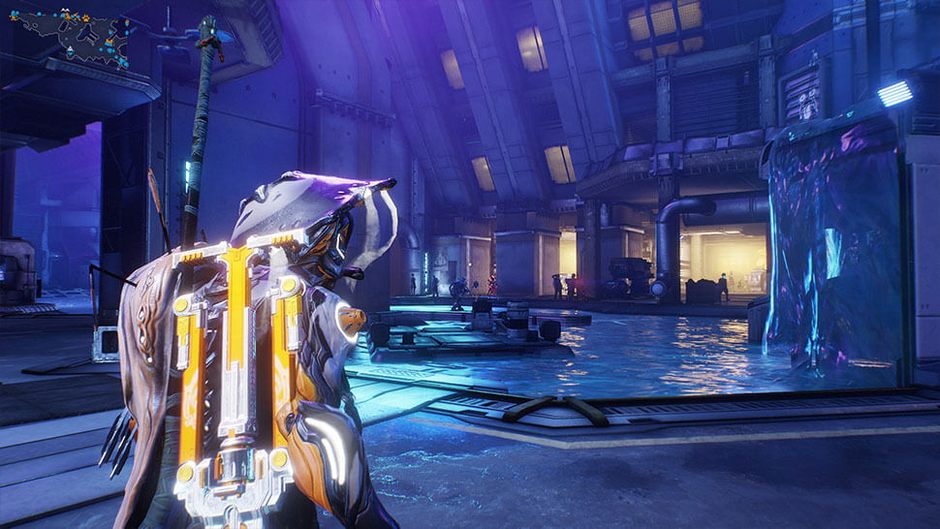 You can easily join other players in a specific activity. Each person is automatically assigned to a "team" – which greatly simplifies the gameplay since the more advanced activities and areas that appear later feature rather challenging enemies, and we have a limited number of "revives" without anyone's help. However, the game also features a solo mode. In addition, some parts of the equipment can only be obtained with more organized groups – guilds gathering in their headquarters – dojo. Creating or joining existing ones, however, is not a big problem – the already large player base in Warframe is still growing. Those looking for additional thrills can try the PvP in special, dedicated game modes, such as Conclave or Lunaro. 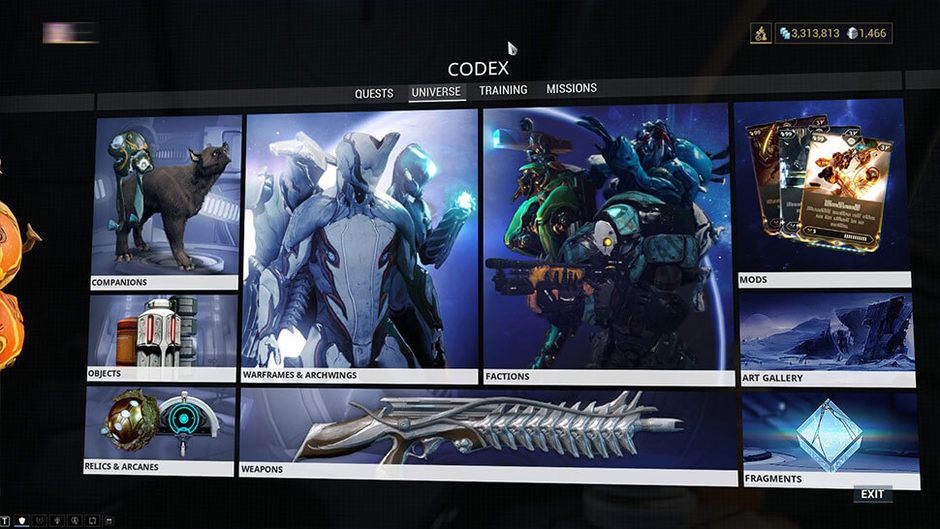 It is worth paying attention to the premium currency – platinum. In Warframe, we use it to, e.g. buy slots for weapons or new Frames. What is interesting, we get this currency without the slightest problems in the game, you only need to know the game's economy and mechanics sufficiently, and trade with other players. All items in the game can be acquired for free – simply collect the right amount of the regular currency – credits – and spend them at the in-game store on blueprints. Then, you need to gather the necessary materials and craft the object. After that, you need to wait for its creation. You can still use real money on cosmetic elements, such as an alternative appearance of the characters. 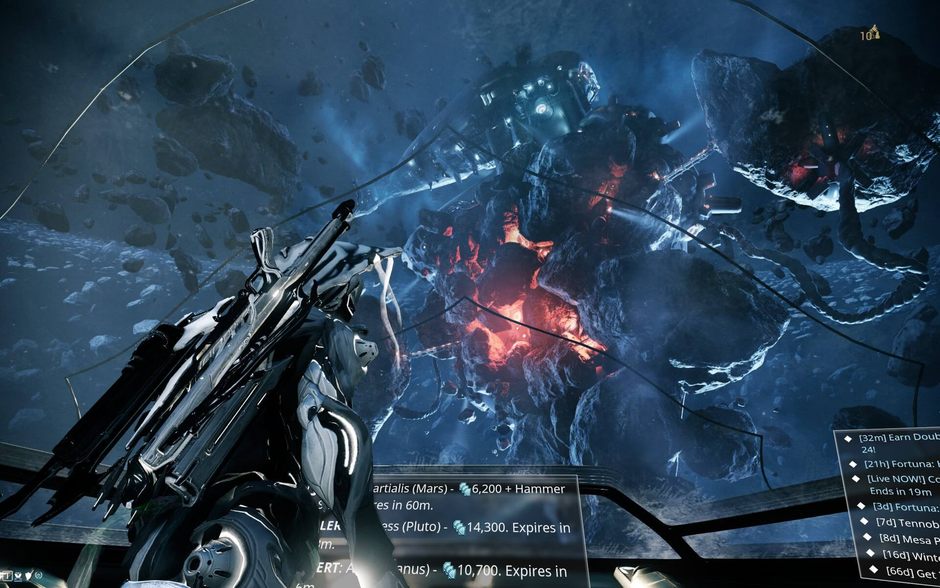 Warframe is a game with a unique, interesting world, enjoyable and engaging combat and an active, patient and extremely enjoyable community in which you can spend hundreds of hours. Warframe is perfect for those who enjoy deep mechanics and controls, and are fans of fast and arcade gameplay.

Below you can find a few tips: