Grab your free gifts and join the fun! Face a challenge like no other!

World of Tanks is an MMO game where you play as a tank commander and participate in epic battles of World War II. There are 220 tank types from the USA, Germany, France and the USSR at player’s disposal, among them the popular Tigers, Shermans, as well as experimental and prototypical models, such as Maus. World of Tanks provides perfect fun entirely for free!

World of Tanks begins with a short tutorial in which we learn the basics of maneuvering a tank and learning how to fire accurately at stationary and mobile targets. The controls are easy to master even for a novice player: WSAD is responsible for movement, the mouse is for aiming, and the left mouse button shoots; SHIFT key activates sniper mode or bird's eye view in the case when we control an artillery vehicle. After completing the tutorial, we move to our WOT garage.

We get one tank of the first level from each of the available countries (USA, UK, Germany, Soviet Union, France, Czechoslovakia, China and Japan) – we choose a vehicle we are interested in and head into battle. Clashes are fought in small arenas (approx. 1 km x 1 km) that look like real places, and the battles are fought by up to thirty players, divided into two teams. The purpose of the mission? Occupy enemy base or destroy all enemy tanks. 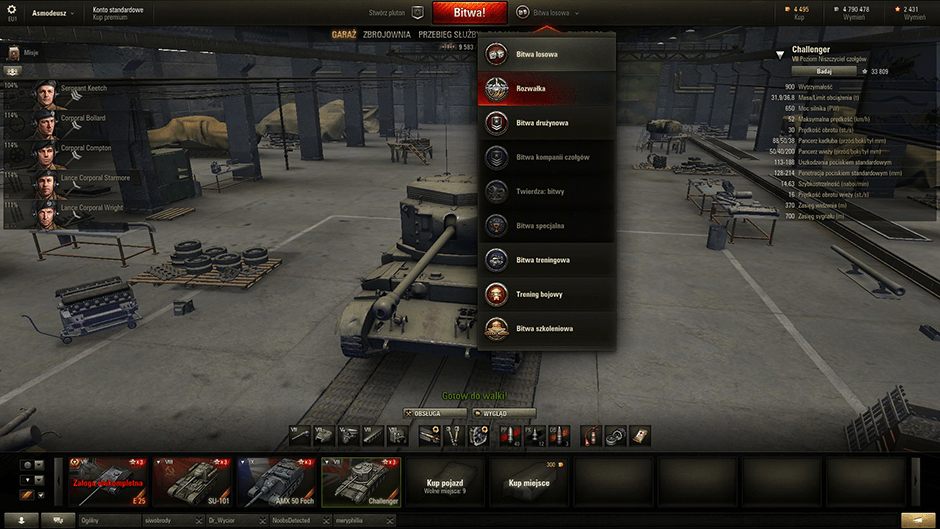 The machines available in the game are divided into several groups:

• light tanks are the "eyes" of the team – they are responsible for detecting groups of enemy vehicles and hunting enemy artillery;

• medium tanks are versatile combat vehicles with high firepower and mobility but their armor is weak;

• tank destroyers, which are the tank equivalent of snipers;

• and self-propelled guns, capable of breaking up enemy formations from the other end of the map and forcing the enemy to leave fortified positions.

With over three hundred vehicles currently in the game, everyone should be able to find something for them – those who enjoy quick clashes and players preferring a more tactical play style to keep the enemy at bay. 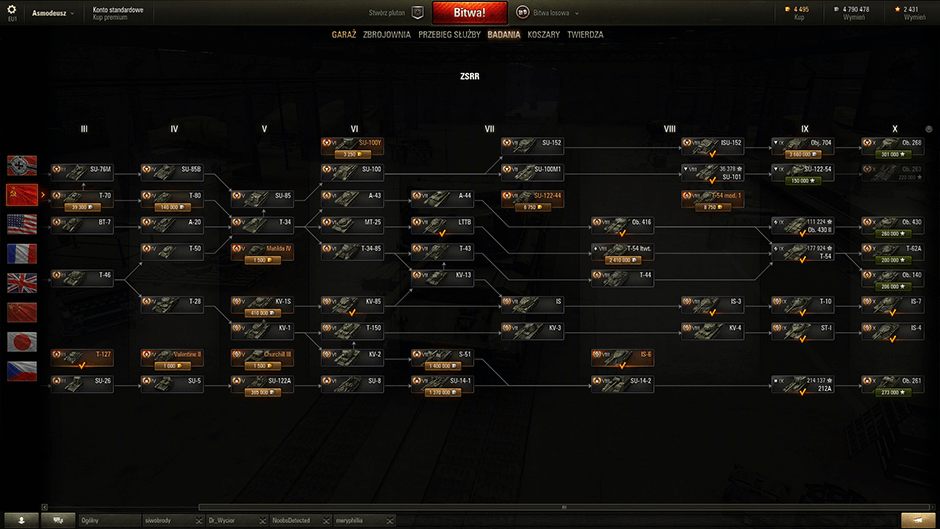 Knowing the strengths and weaknesses of each tank is crucial in World of Tanks. You will often encounter a higher-level opponent – the only chance to deal them damage is to aim at their thin piece of armor or use premium ammunition: more expensive, but able to penetrate even the thickest steel. By participating in numerous battles, we will slowly climb up the technological development trees. Thanks to this, we will have enough time to learn the capabilities of all encountered tanks. 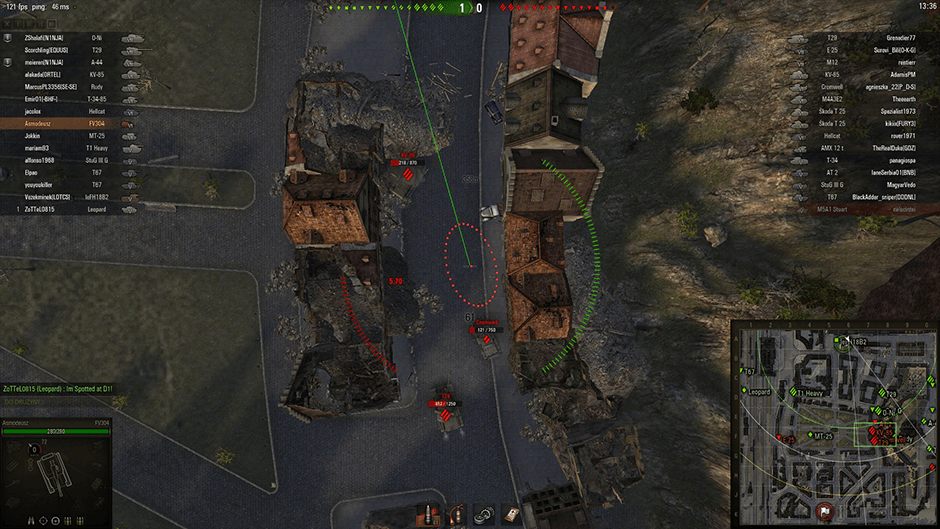 After the end of a battle, each player will be rewarded with a certain amount of experience points and credits, which they can use to improve their machines (e.g. by purchasing a better turret or a more effective gun), as well as to get new higher-level tanks. The economy in WOT has been designed in such a way that playing the sixth level tanks or weaker always gives us currency – even if we lose. If we are driving a better machine, we will need to lead the team to victory, so we aren't in the red.

In addition to the hundreds of possible vehicles to unlock, World of Tanks has a number of premium tanks available only for real money, often with an unusual construction or use (e.g. well armored medium tank Super Pershing or compact tank destroyer E-25) and better profits when compared to machines of the same level. Disadvantages? Premium vehicles are often weaker than regular vehicles of the same level, and therefore require much greater skills. This is a very important tip for beginners: don't buy a premium high-level tank if you haven't learned the basics of the game, because it won't bring you tangible benefits. Instead, this will lead us and our allies to disappointment. 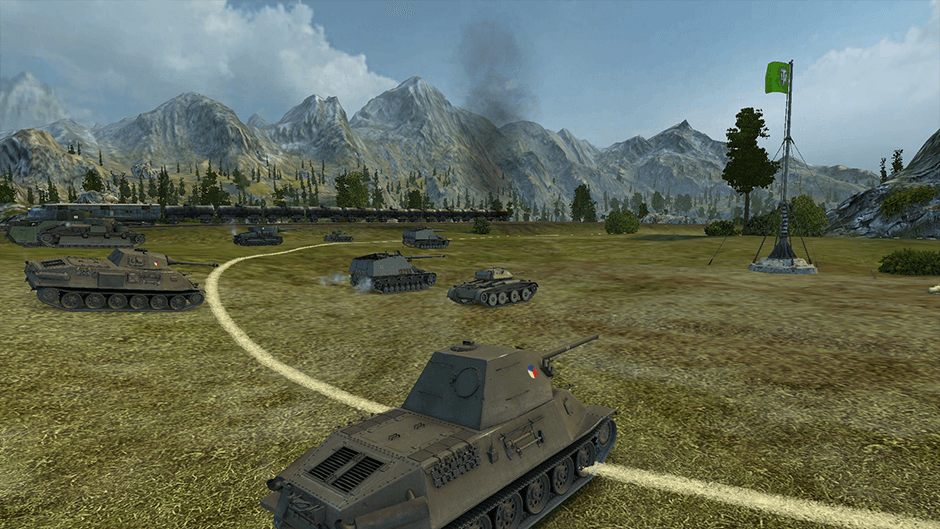 In World of Tanks, we can take part in one of several available game modes. We will usually participate in random battles – just select any tank, and we will be matched with other players using machines of a similar level. Moreover, there are team battles (7 vs 7), tank company (15 vs 15, we select our allies), as well as various training battles. Advanced players who joined a clan can participate in clan battles (we fight for provinces on the world map), as well as a stronghold: here we built our own base, and then attack other players in order to obtain additional resources needed for further development. World of Tanks is also slowly turning into an e-sport game. If we find a good team, we can try our hand at various tournaments to get virtual gold, tanks, and, if we have a bit of luck and great skills, even real money. 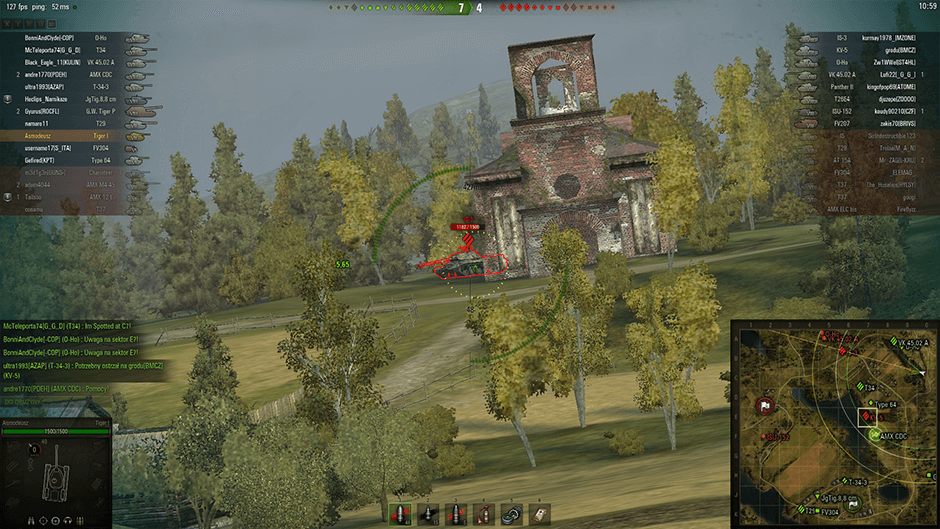 The game is available for free for all players but it also has the option to buy premium currency (gold), which is used to accelerate the development of tanks, training our crew, purchase the previously listed premium vehicles. When creating the game, Wargaming.net used a free-to-win approach, thanks to which both payers and non-payers have the same chances in the game: you can't buy a victory here, only to speed up some tedious actions. In addition, the game can also feature the so-called marathon that requires us to play several hundred battles – the reward is a premium high-level tank. Thus, "free" players can get paid vehicles without spending a dollar.

A few tips to get started: