Join the naval battles in this free MMO!

World of Warships is new MMO production of the Wargaming studio (known from the very popular World of Tanks), focusing on team-based clashes between players. Each of the players takes control over one of 20th-century warships, and the team's task is to eliminate all enemy vessels, or to achieve predetermined goals.

After logging into the game, the player is automatically moved to the hangar screen, where they can preview the amazing warships full of nice little details. The game is at an early stage of production, that's why we don't have here a tutorial known from this type of games, which would present the nuances of the game – the player is basically thrown at the deep end. The information shown on loading screens, which reveal a lot of valuable tips, as well as the game mode that pits you against artificial intelligence are really helpful here – teams of real players fight against AI, which makes the clashes are a bit more predictable. It's worth playing a few such games before you even think about "real" fun – i.e. player vs. player. There are plenty of groups of explorers who will deal with the ships of your team very quickly. 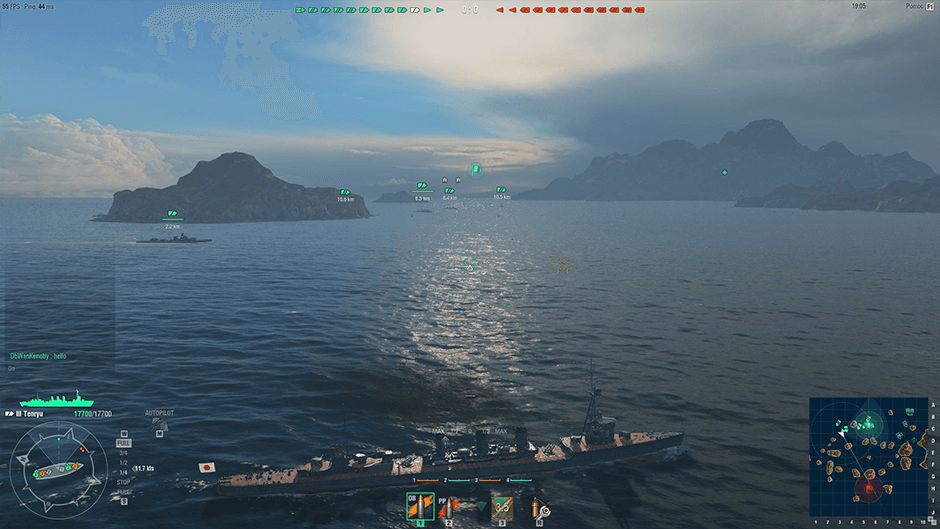 The clashes take place on huge water reservoirs, filled to the brim with various obstacles (like islands), behind which players can hide from enemy fire. The ships of both teams are scattered at the opposite ends of the map, and the task of both teams is simply to eliminate all enemies. Additionally, each map allows you to win in a different way – by taking over your opponent's base or keeping control over the strategic points for the right amount of time (a solution known from the Battlefield series or other free MMO, Heroes & Generals production). It is worth mentioning that there is no possibility of respawning here – after losing the ship you have to stop the mission and return to the hangar. 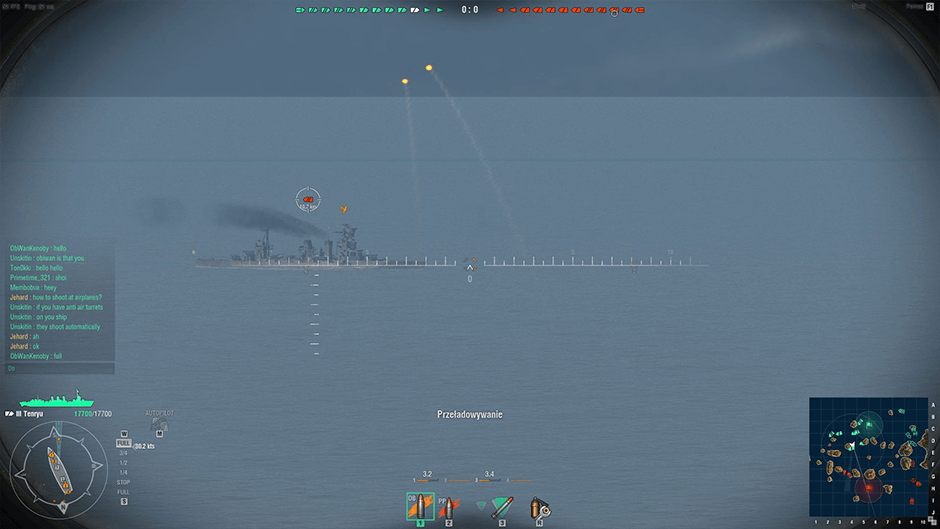 The faster your ship sails, the more the maneuverability is reduced, which means that it needs much more space to turn. Pay attention to your surroundings so that you don't crash into an island or an ally – it doesn't inflict a lot of damage, but during this time you will be very vulnerable to enemy attacks. Shooting enemies, which is the most important aspect of the game, is one of the most difficult things to control (especially during the first few clashes) – you have to apply the right correction to your aiming; keeping track of your target, especially if it is far from your ship, is crucial. Different Ships have strong and weak armor elements, causing hits at different locations to deal varying amounts of damage, depending on the unit you are fighting with. 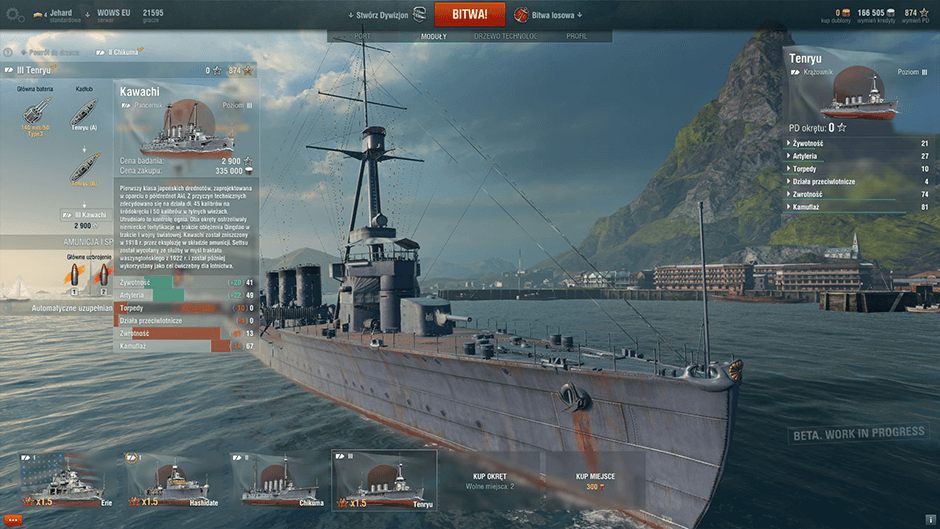 The player starts the game with access to the two weakest ships in the game – one for Japan and America. They have a small amount of equipment and do not stand out with anything special, but they are enough to play a few clashes and gain some experience in the game. After a few matches, you will be able to find a new ship (more about that in a moment), or improve the armament of the first units, so that the fun quickly gets more exciting. After a few hours of play, you can gain access to much stronger ships, and buying additional ships is also very important, because, like in the aforementioned World of Tanks, when your ship is destroyed, you will have to leave the battlefield and wait until the end of the battle – during this time this ship is unavailable and you have to use another one. Clashes usually end relatively quickly (after about 20 minutes), so the waiting time is not very long. 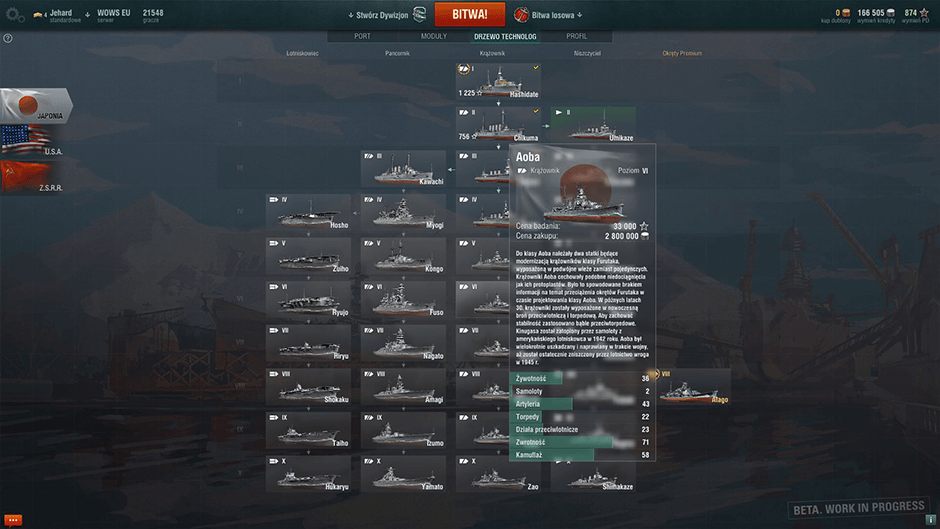 As mentioned above, the game offers significant opportunities for the development of new technologies. For each side of the conflict (at the moment America, Japan, and a few ships of the USSR) a technological tree has been prepared, where you can find dozens of ships, divided into 4 main groups: Aircraft carriers, Cruisers, Destroyers and Battleships. Each of the ships is distinguished by different features (the battleships are powerful and hard armored, but very slow, the air carriers can dangerous from a great distance, but they are defenseless at a short distance, and so on), hence, when choosing a particular ship, you have to choose the appropriate tactics. There is no “the best” ship or group of units here; a skilled player will easily find application for each unit. 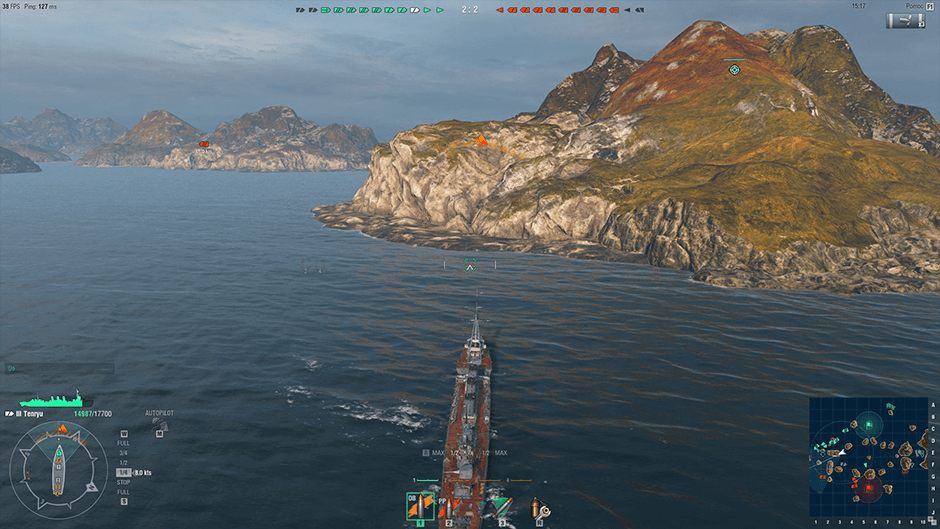 Technologies are discovered by means of experience points, which are gained by taking part in missions (regardless of their outcome), and in order to get to the most powerful units it is first necessary to discover previous models. In addition to the development of new ships, you can also improve those you already have access to – an improved hull, more (or better) cannons, additional anti-aircraft batteries, or torpedo launchers. There is a whole lot of improvements to choose from, so that theoretically weaker ships can easily compete with those of a higher rank. It is worth noting that in order to unlock a new ship, you need to gain experience by playing with a unit located directly above it in the technology tree (so it is impossible to unlock Japanese ships by playing on the American side). 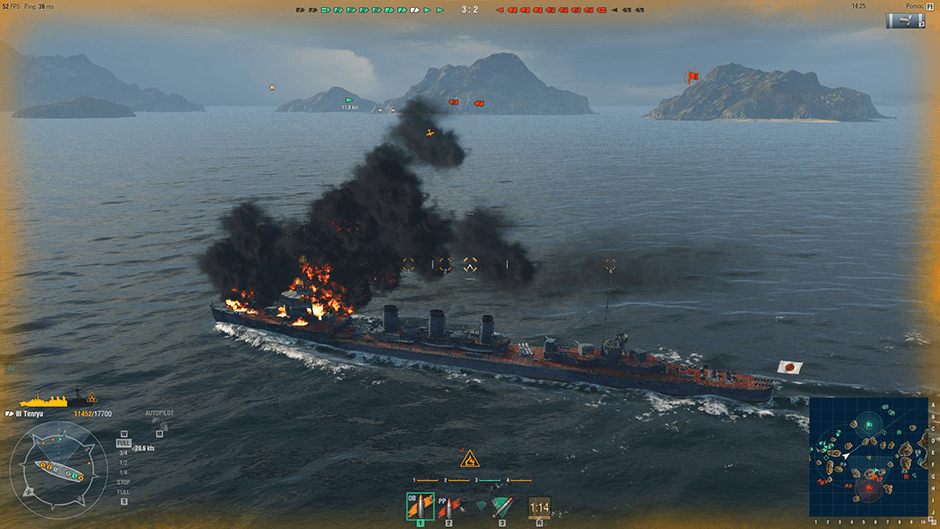 The game features elements typical of multiplayer games, such as updated daily tasks (Daily Quests), which offer additional rewards for taking part in clashes, or the opportunity to create a division to connect with other players in a team and then take part in a battle together. The game is completely free of charge, i.e. you don't have to spend a single penny on it, but as is often the case in F2P titles, microtransactions have been woven into the production. For real cash, you can buy Dublons, which can then be exchanged for Credits, Experience Points, or buy a particular ship without the need to collect credits. In addition, you can also buy a premium account, which, generally speaking, accelerates the player's progress by 50%, increasing the progress in experience and credits. These are services that can be given up without any problems and which only serve to accelerate the player's development. 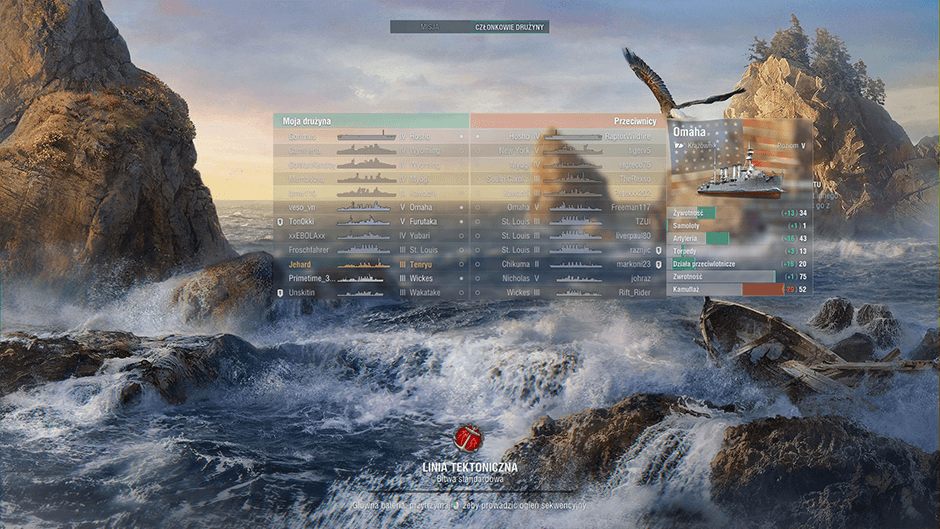 If you're looking for a game that offers multi-player battles of powerful warships on giant bodies of water, appreciate the close cooperation of team members, and titles that require thinking and planning, give World of Warships a chance – many hours of great gameplay awaits you.