Arkheim is all that remains of an ancient, legendary continent that has been almost completely destroyed by a cataclysm. Since then, the magical floating remnants have formed many islands where old relics and promises of mighty power now attract new explorers. The destroyed continent is re-inhabited - by players - driven by the prophecy of the rising of the chosen ones to the Eternal Light.. 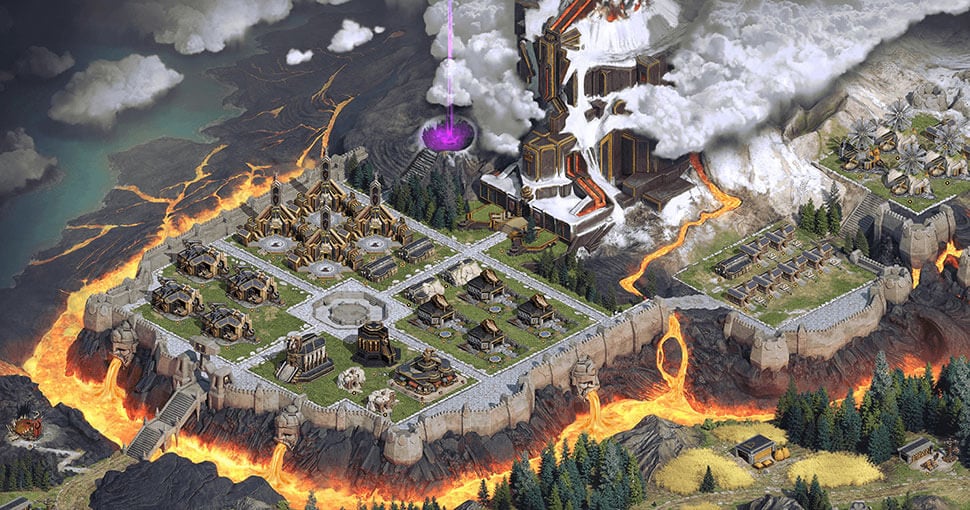 They join forces in powerful alliances to search for secret orbs. Ultimately, only with the power of these orbs will they be able to soar to higher and more imposing islands. Decide the fate of the Alliance as part of your alliance: Where should you extend control of which enemies to attack and which to repel? It's a constant decision: in Arkheim, Alliances compete with each other continuously to expand territory and win orbs of others. An ancient, powerful artifact - known as the Ark - represents the center of power and the heart of each Covenant. The orbs collect the energy of Akheim's moons and transfer it to the Ark. This, in turn, enhances the production of resources and the training of the troops of the entire Alliance. 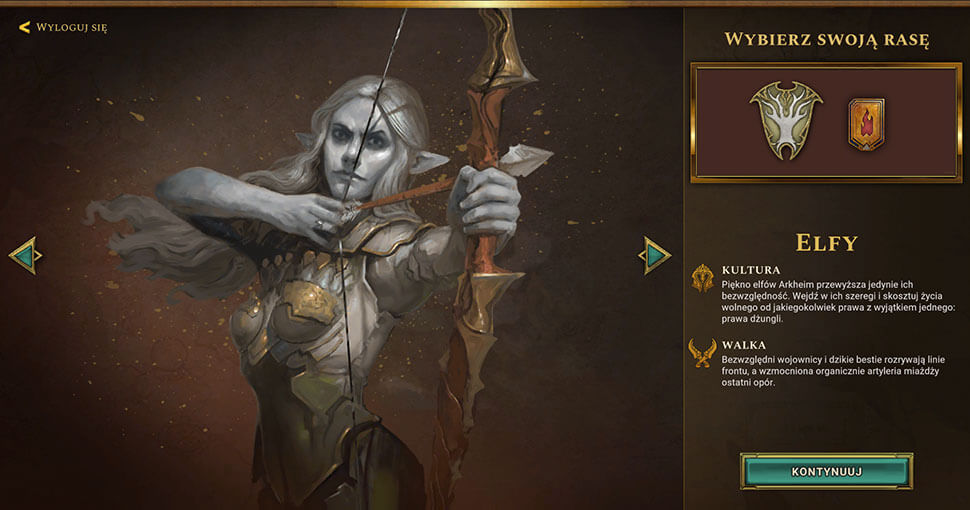 You can play as elves or dwarves and develop your city in a fantasy atmosphere as you wish. Players can also show bravery in combat. Here, the army does not just consist of a series of units. The players also choose between the Warchiefs who lead armies, strengthening them with their unique personalities and skills. Moreover, the player's city can never be destroyed, which means he never loses everything. 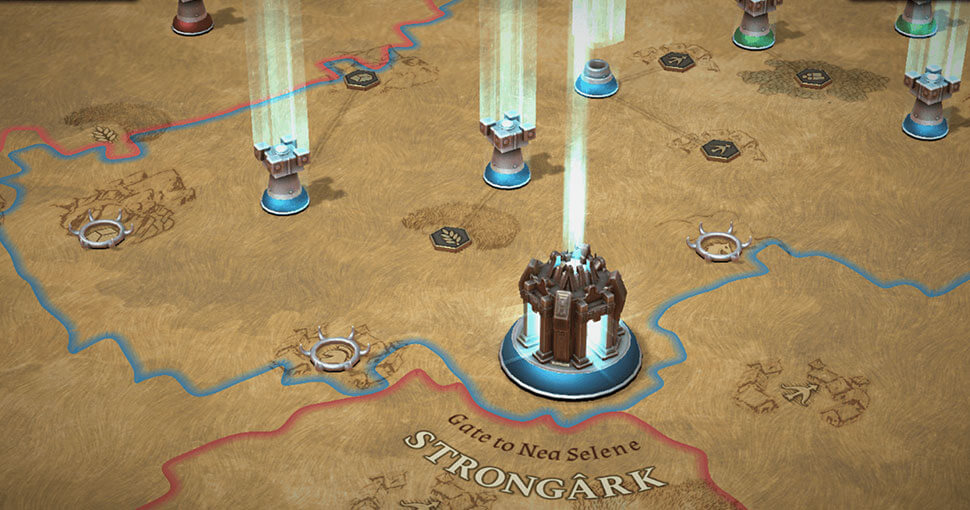 This is the opposite of islands where Alliances clash in epic battles. In addition to strategically placed towers to expand the kingdom, tactics will also try to gain valuable resupply points and conquer rare portals. In the later moon phases, the Covenants may use these portals to ascend to the higher islands. There, they will find more abundant resources and new strategic elements that will further aggravate the war between the Trials and continue to challenge players.

This results in a kind of league system where players with similar skills compete against each other. To make the exciting battles even more attractive, even the total loss of an army will not mean the end of the fighting. Troops that fall in battle can be summoned quickly in the city. These subordinate units accompany players as they explore Arkheim's past in the catacombs beneath the city. In this underworld, players will encounter magical gear, as well as terrifying demons that only fearless "Fallen" can defeat.

The game round lasts about ten weeks. During this time, several phases of the moon take place, the cumulative of which is the Full Three Moons. During this exciting final phase of the Alliance, they race against each other. What matters is who can defeat the demons that are trying to take Arkheim the fastest and most effectively. The winners become the chosen ones to ascend to the Eternal Light as well as the list of Arkheim winners - Realms at War.

Because of free to play model, in the game is premium currency – Gold Coins. It is used to hasten many of the game processes, like completing the buildings etc, but everything can be unlocked in game without spending any money, provided that the player have enough determination and tactics! 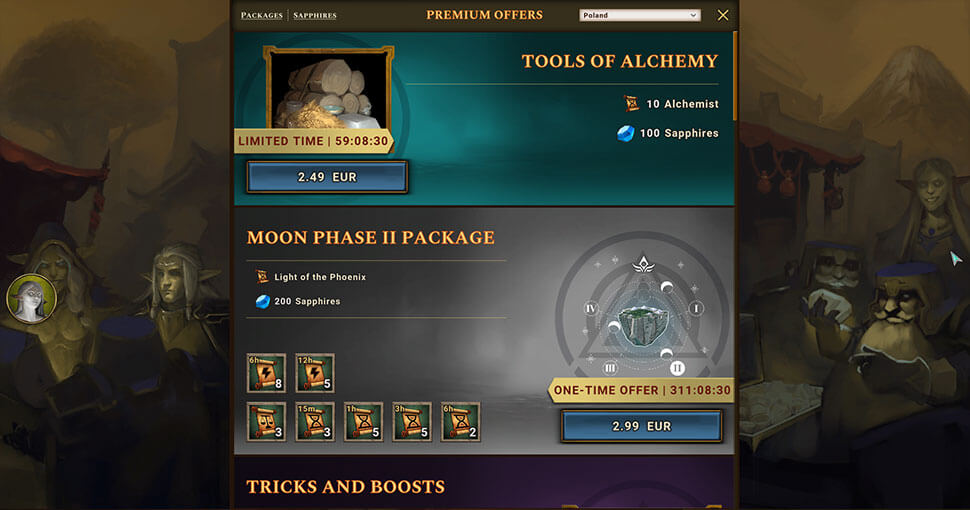