The land of Taern has been invaded by cruel enemies from Ultor. However, an extraordinary person escapes the death and destruction inflicted by the soldiers of this faction, finding hostage in the state of Haligard. Become the hero, fight dangerous creatures and complete tasks to fulfill your destiny and recover what has been taken from you. Dive into the world of Broken Ranks and experience an amazing adventure!

Broken Ranks is a game developed by Whitemoon Games. It is a free MMORPG for PC (in 2023 it will also become available for Android and iOS). It is a remake of The Pride of Taern from 2010. The action of the game takes place in a magical fantasy world known as Taern. Its inhabitants are in mortal danger - the armies of Utor are conquering new territories, bringing death and destruction. Eventually, they reach the vicinity of the city of Thalia, where our hero (or heroine) lives. They burn down the native village, and then, after a short siege, destroy the metropolis itself. The protagonist, together with a handful of refugees, escapes to a small country called Haligard. There he will have to face not only new threats, but also his destiny. All this to recover what the invader took away from him. 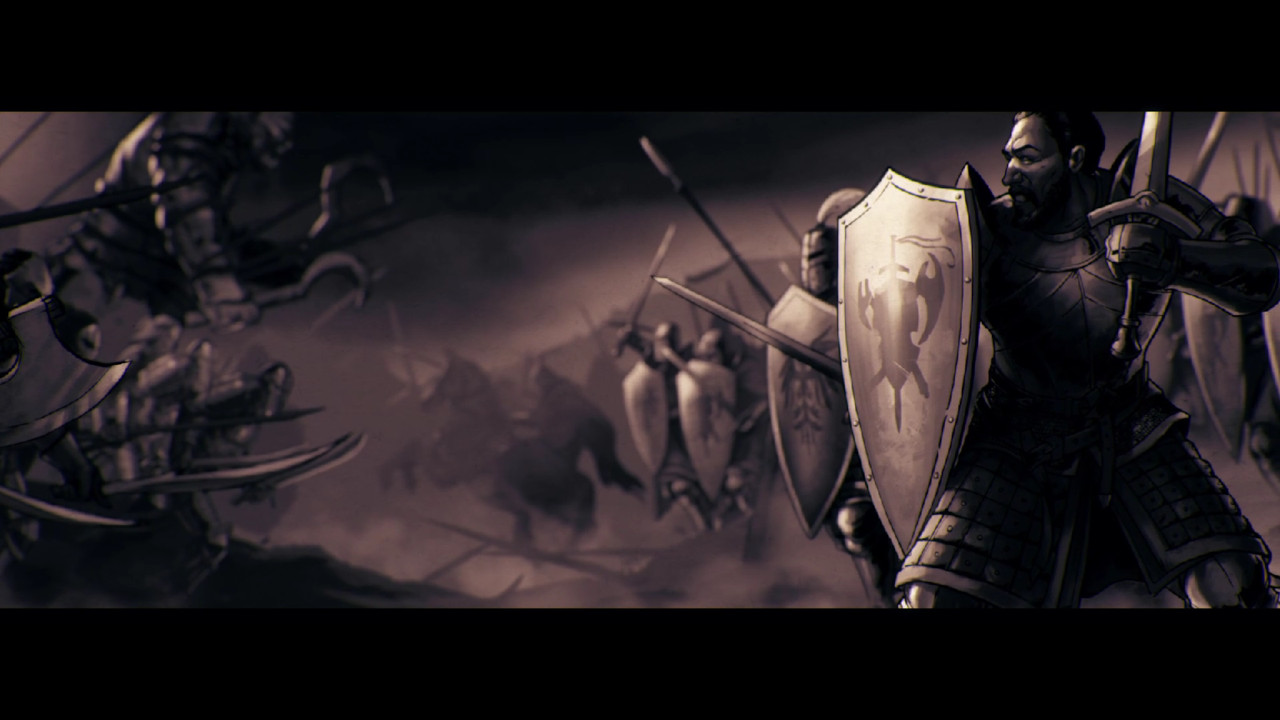 You begin your adventure with Broken Ranks by creating your character. You can choose the gender, appearance (by selecting elements prepared by the creators on a very nicely presented portrait, reminiscent of hand-drawn painting), name and, perhaps most importantly, class. There are seven of them. Each of them specializes in a different type of combat and features nine unique abilities. Here are the character classes that can be played:

When our character is ready, we can move to the game itself. We can divide it into two modes. The first is exploration. It is similar to what we could see in such games as Baldur's Gate or Diablo. We observe the world from the top-down perspective. You can move around freely, interact with the encountered characters, buy new equipment from traders, collect items and, most importantly, complete missions. These are quite extensive for a free-to-play game. Even the side ones have plots that give them the right context, thanks to which they do not give the impression of just being there for the sake of it. 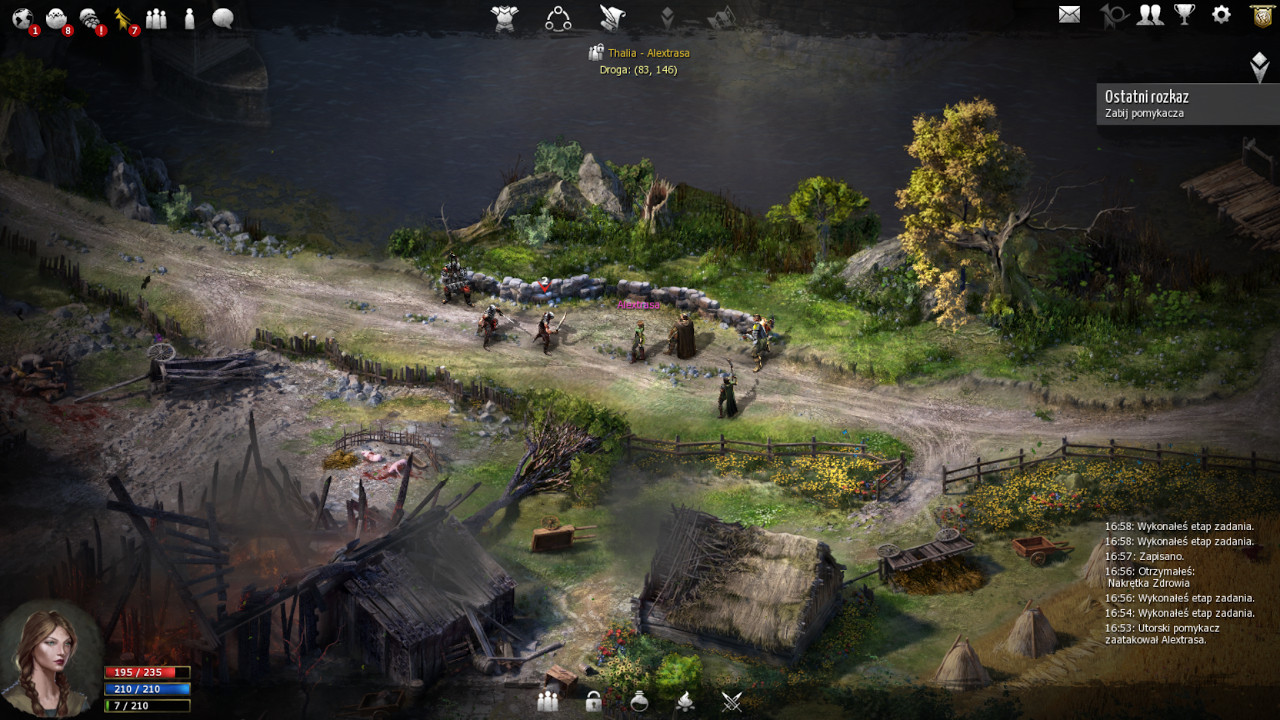 NPCs are also quite chatty, which is also not standard in free-to-play games. They are able to provide us with a lot of interesting information about the game universe.

The Broken Ranks world is divided into several instances, separated by loading screens. We can move quite freely between them. There are more merchants, tasks to complete, and also enemies to defeat, for example in special arenas in cities.

First, however, we have to plan such a turn. We have 10 seconds for that. During this time, we have to choose the types of attacks or spells (maximum five) that we want to perform. However, each action costs points. In the pool to be allocated for each sequence in the turn, we have exactly 12 of them.

Choosing a specific activity does not mean that it will automatically hit the target. We have a specific percentage chances of that. To increase them, we can add additional points from the pool to a specific attack or skill (maximum 5). 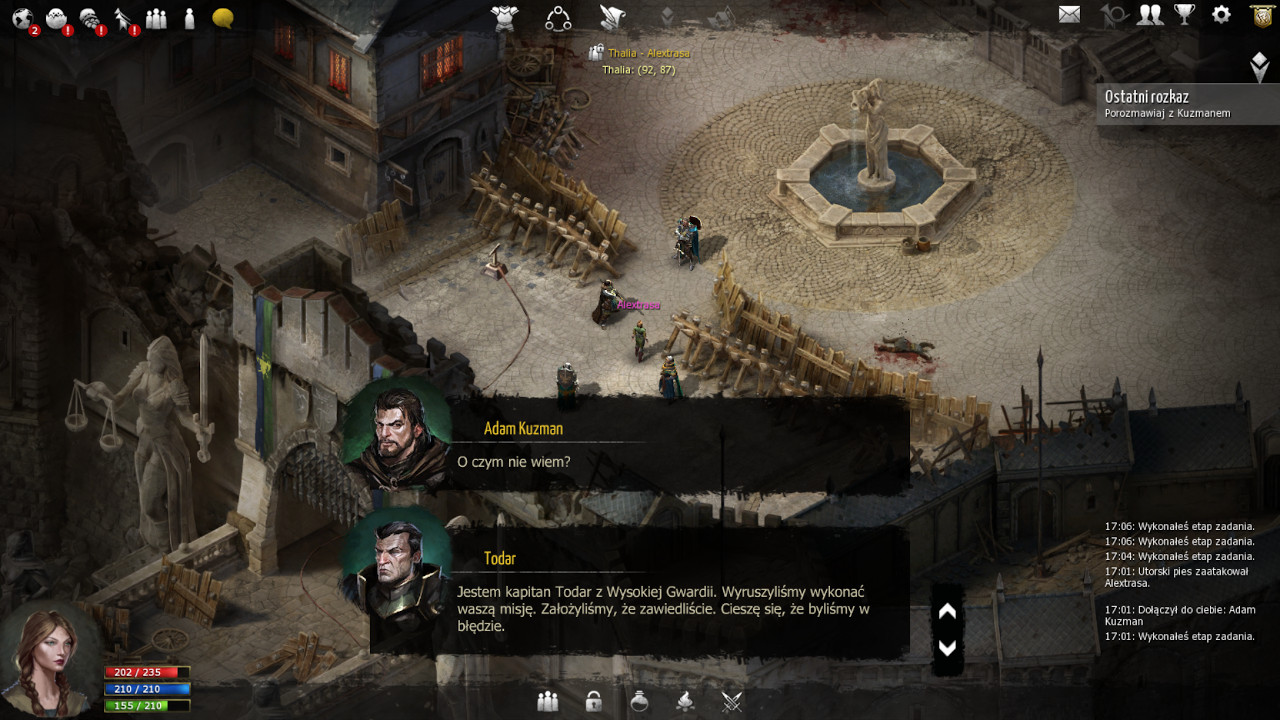 But that's not all. It must be remembered that the pool of twelve points to be distributed is not only for planning an attack, but also for defense. There are three types of combat in the game - melee, ranged, and mental. The more points you assign to them, the more effectively you're able to avoid specific moves aimed at you.

Of course, the effectiveness of attacks or defense can be increased with the help of special skills. They can be cast during combat by individual characters.

Surely 10 seconds is not enough to devise a tactic. Therefore, in Broken Ranks it is possible to create a turn template. You can do it outside of combat, choosing the right attacks and then saving them. Later, during the fight itself, it is enough to choose the sequence that interests you most and put it into practice. Of course, during the battle, you can constantly modify the templates to best adapt them to your opponents. 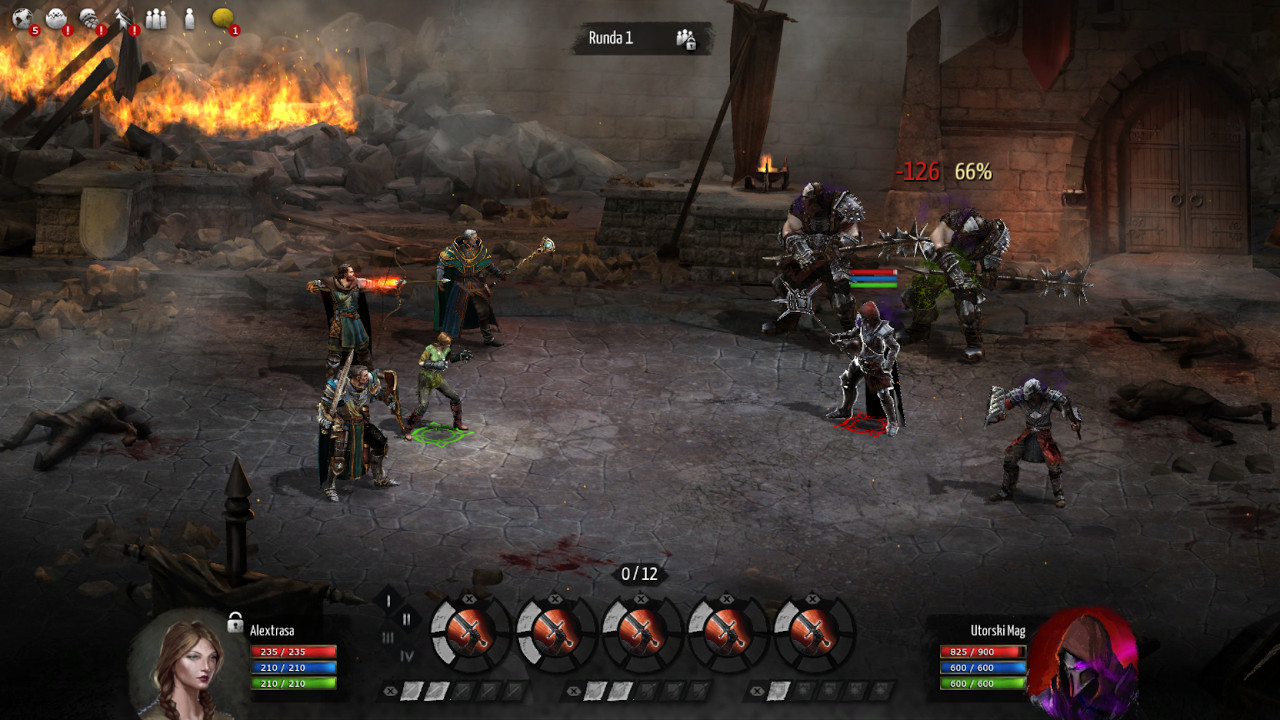 Neither attacks nor spells can be performed indefinitely. The former cost stamina, while the latter cost mana. If they run out, no more moves can be made. A small amount of these resources regenerate spontaneously during the fight, but they are usually enough for single actions. So you should always remember to fight with full stamina and mana bars?

How can you restore them? The easiest and free way is to rest. Taking a moment in this state will also fully restore your health. Special potions obtained during the game are also used to regenerate.

During the fights, a maximum of five characters can fight in your team. Interestingly, however, you can only give direct orders to your character. The actions of others are beyond your control.

For winning battles and completing quests in Broken Ranks you might be rewarded in several ways. First, you gain experience. After collecting a sufficient number of the experience points, you reach the next experience level. This, in turn, results in access to better equipment and development points. They are divided into two types. With the former, you can raise your basic attributes, such as Dexterity, Strength or Vitality. 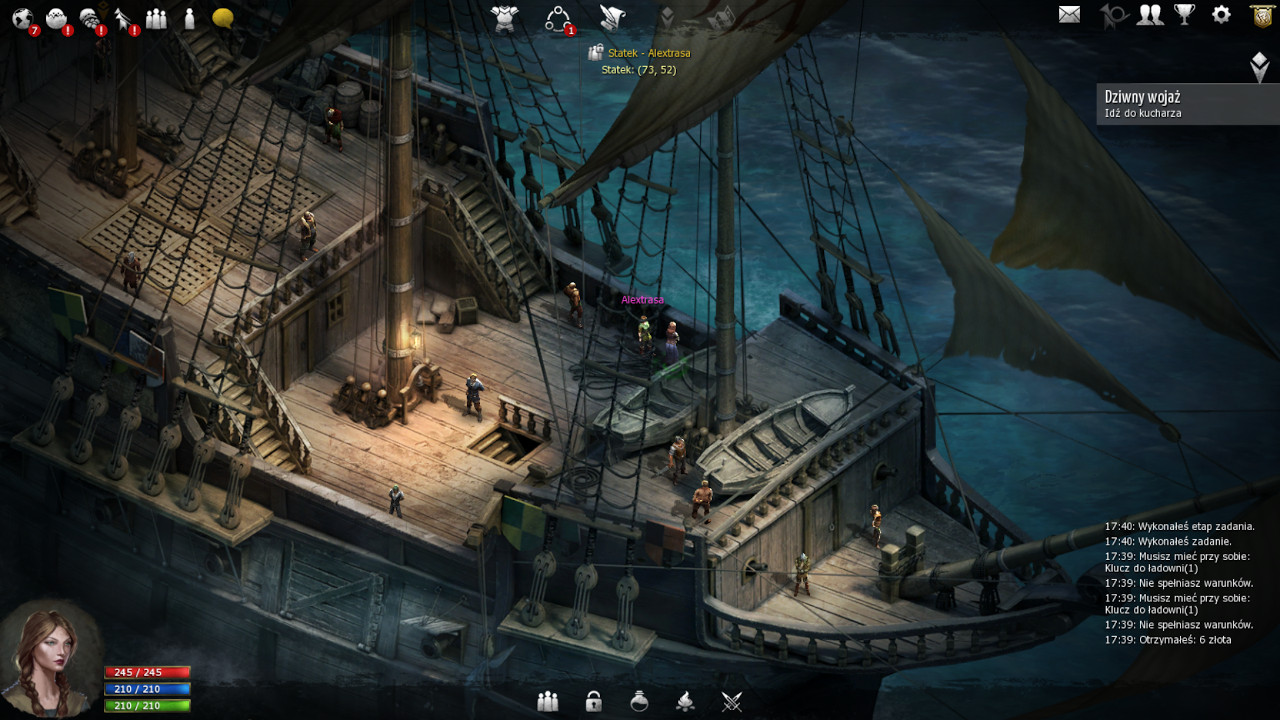 For the latter, you unlock new skill levels, both generally available and strictly class-based. Interestingly, these points can be divided into the next three sub-types. The first, basic one, is called Apprentice Points. The second is Adept Points (one consists of 14 Apprentice Points) and the third is Master Points (one consists of 14 Adept Points). The more advanced a given ability is, the more points we need to develop it.

For fights and missions, you can also gain various valuable loot, including gold. Gold, in turn, can be spent at merchants to improve equipment, which will increase the effectiveness of the inflicted damage and defend against enemy attacks.

One of the most interesting elements for which we can use our gold in Broken Ranks are the so-called Pets, i.e. special animals used in combat. Each of them features their own skills. Of course, the better the pet, the more money you have to spend on it.

Broken Ranks is a game that is easy to play solo. There are some social features in the game, however. For example, there is the option to take part in PvP matches on special areas of the map (marked in red or white). These fights are practically no different from those fought with artificial intelligence. In short, we have a division into turns, before which we have 10 seconds to plan them. 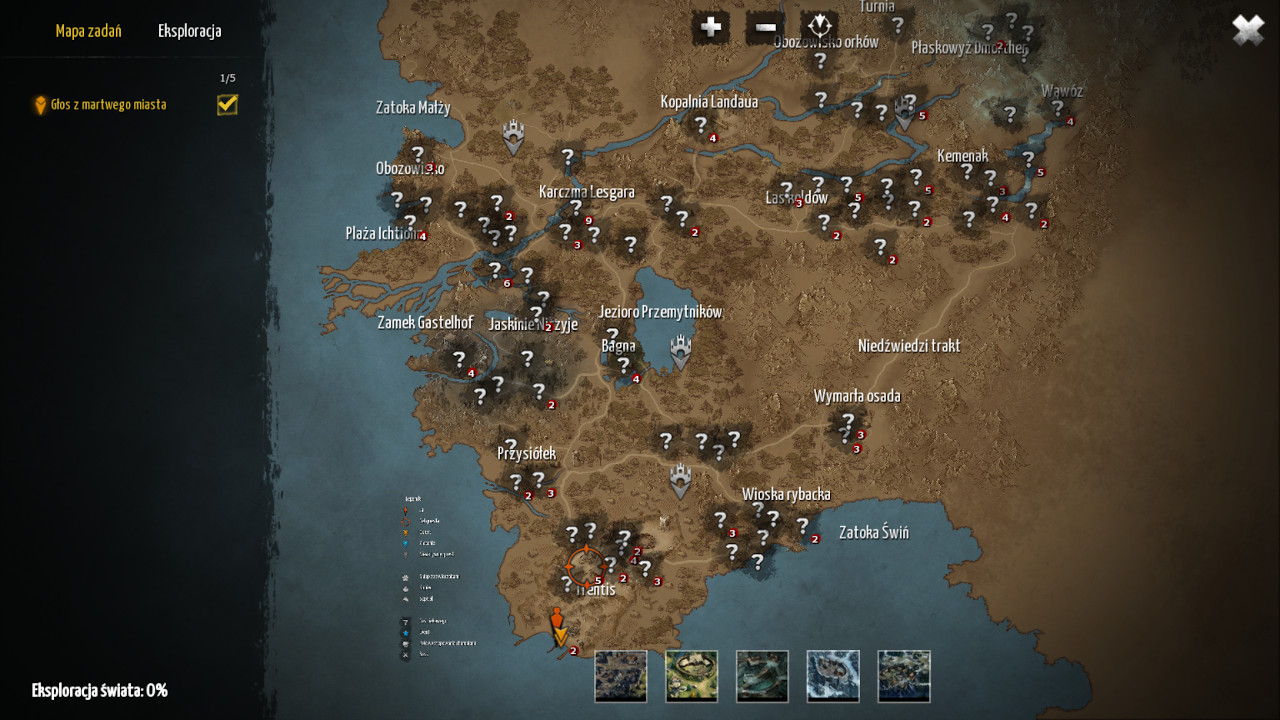 There is also nothing to prevent you from connecting with other players in the Guild. It is connected with a number of amenities. These include internal chat, your own expandable headquarters, temple bonuses, guild pets, a teleportation tower, and a deposit where you can store items.

In Broken Ranks , apart from traditional gold, there is also a premium currency. It is platinum. You can buy it with real money, but that's not the only way you can get it. There is also a chance to get it when exchanging with another player for items or gold. It is also a reward for promotions and performing certain tasks.

What can I spend platinum on? Mainly for cosmetic items. However, this currency is also necessary to purchase the so-called premium status. This, in turn, guarantees a number of amenities, such as additional tactic slots, faster rest (by 40%), +300 to load capacity or bonuses to experience gained from regular monsters and bosses. 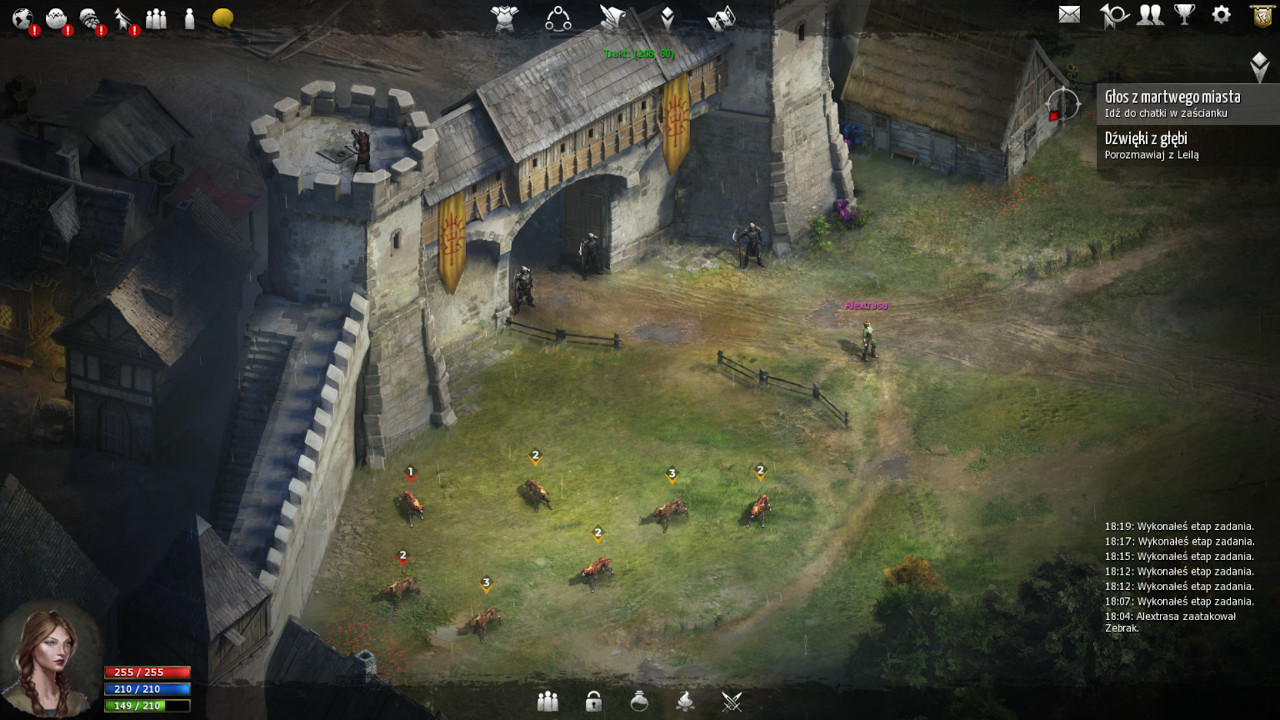 Broken Ranks features a very attractive graphic design. Particularly noteworthy are the detailed backgrounds that give the given locations the right atmosphere. The area is livened up by bustling models of NPCs and opponents. Music can also properly introduce you to a fantasy mood, although it is not very intrusive.

Broken Ranks is therefore an ideal production for people looking for some free game, which, however, guarantees a pleasant, quite extensive storyline and more gameplay aimed more at those preferring a solo experience. This title may be especially interesting for veterans of The Pride of Taern . They can easily transfer their old accounts, along with the progress made on them, to this game.