Welcome to the world of Conqueror's Blade – an innovative, hybrid MMORP(s)G, which is also full of the best elements of strategy games, and even... insanely popular MOBA titles! Your avatar will need to demonstrate not only the ability to fight but also show their strategic sense. All this is available absolutely free of charge in a free-to-play system. You have to take our word for it – you have never played something like this before!

Your adventure begins with creating a character that will be your avatar in the game world. Believe us, the game has a lot of customization options. Besides the appearance, we also choose one of the available nations and a character class (or rather weapons, in which we will specialize). These include, for example, long swords, poleaxes, spears, Nodachi swords, short swords, glaives, bows, and muskets. However, I want to note that classes known from other games MMORPG work differently here. When we level up, we don't get spectacular skills. Instead, we have realistic-looking skills that may resemble those found in Kingdom Come: Delivery. 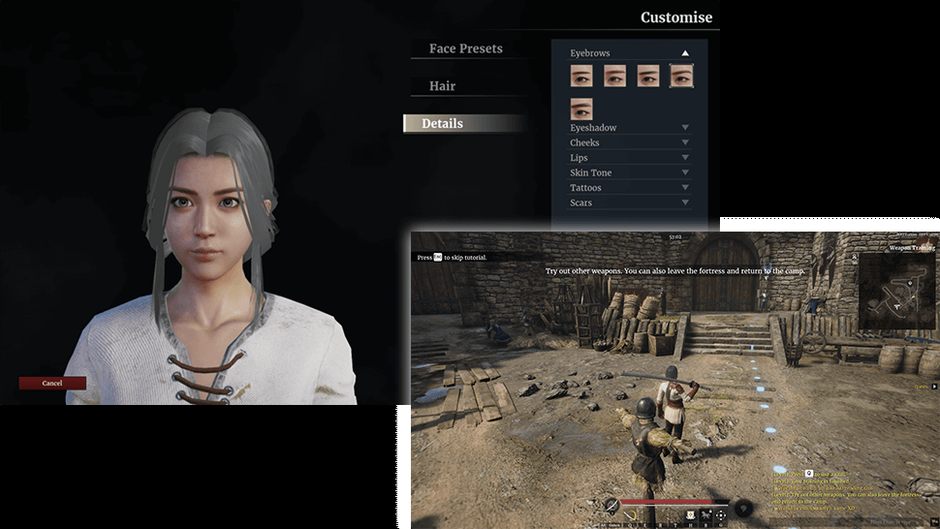 The basis of the gameplay is, of course, combat. As I mentioned in the title – Conqueror's Blade is an unusual game. In a classic MMO, we would only care about one character, but not here! Besides developing your character, it is also very important to take care of the army and siege weapons! All this is done in special menu tabs. If there are any veterans of Total War: Arena, they will notice the similarities. We will unlock new units, battalions, military technology, active and passive combat skills. I will also add that battles occur in several modes, such as Castle Siege or Conquest. You have to remember that this game is focused mainly on PvP and success will depend on skillful cooperation with other players on the map. Defeating 30 enemies alone (this number of opponents can be found, for example, in Castle Siege mode) and their army is really difficult! 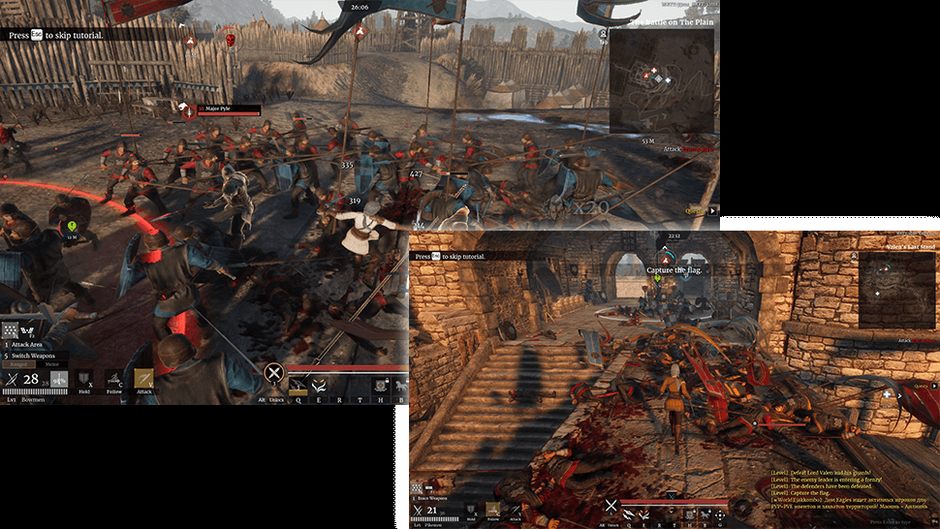 It may seem that in this game, the plot-related quests are done in the main hub from which we move to separate maps. However, it is quite the opposite. The game offers an open world, which we can explore (not in a way known from RPGs, the movement on the map is similar to strategy games). We can complete dozens of quests in different cities that we have to visit, and the battles work like events which we can join (after performing story quests received from special NPCs). The story-related quests work like an extension of the tutorial thanks to which we unlock access to various game modes. However, the interactions with NPCs are rather typical for this genre. They can give us dozens of side quests, both daily and weekly, buy or sell equipment, as well as develop our crafting skills, which are very important. 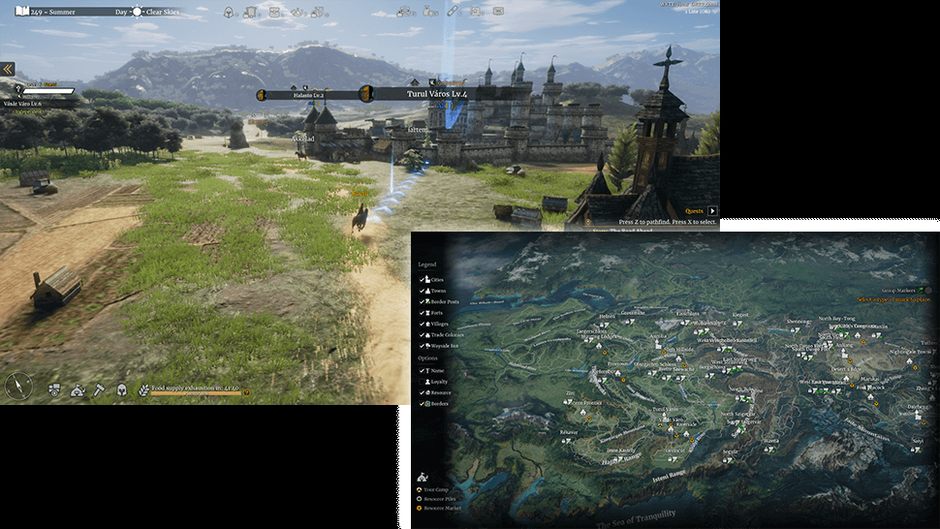 The crafting system in Conqueror's Blade is really simple and straightforward. The basis is to collect resources (iron ore, wood, food, wool, etc.). Our task is to bring materials for crafting to special NPCs, or directly to our army (mainly food). Raw materials are also an excellent currency on the market. Do you have too much iron and not enough wood? No problem! Thanks to the exchange system, you will get what you need. Thanks to this system, you can also quickly replenish your virtual wallet with gold. However, you have to remember that crafting inventory items is only possible in friendly and neutral cities, while siege equipment (trebuchets, towers, battle rams) can be built in the Workshop tab. Part of the crafting mechanic itself is also taking care to ensure that supplies of raw materials sent to different corners of the map arrive safely to their destination. 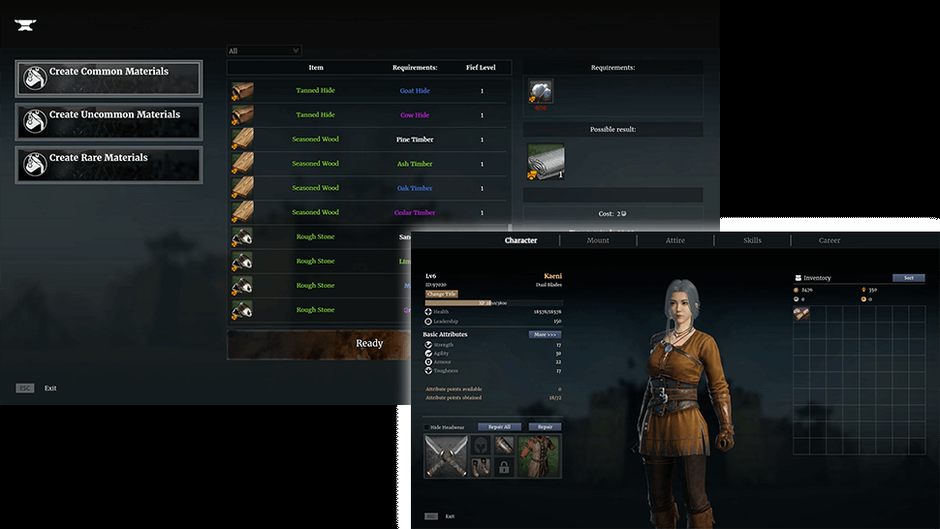 Conqueror's Blade is a game that from the very beginning of its existence is based on the free-to-play model, which means that it has a shop with a premium currency called "sovereigns". Probably some of the readers of this text are upset that bonuses available for premium currency affect the balance of the gameplay, which is crucial in a game based on player versus player mode. Those players have nothing to worry about. The developers paid a lot of attention to make the premium products strictly optional and not affect the gameplay in any way. This way, the shop offers mostly cosmetic items serving to customize our avatar and combat units. In addition, it also has boosts that slightly increase the experience gained, etc. However, you can get these boosters by completing the main story quests and additional missions! 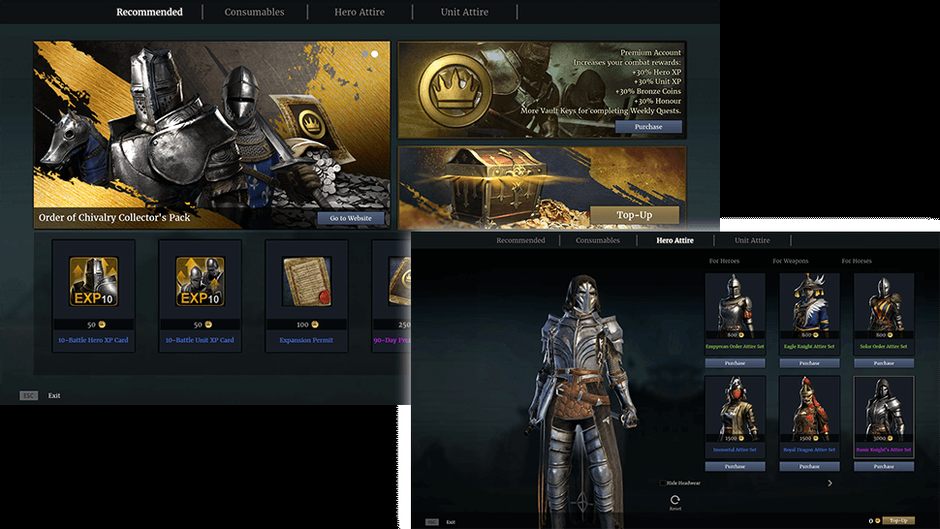 As you can see, Conqueror's Blade is an innovative and fresh game. It combines so many elements of different genres that (only), at first glance, it may seem overwhelming! This game focuses a lot on realism, so you won't find any magic and monsters here. However, this doesn't mean that you will get bored – the medieval setting is fascinating in itself. You can create your garrisons, join powerful clans, be part of political and economic games! The game is completely free, and premium features do not affect the gameplay balance which is important for PvP games. We recommend this game to anyone looking for something new in the MMORPG genre!