An online RPG in the Naruto universe!

Konoha. Is there an anime and manga fan who, as a child, didn't want to move to the Village Hidden in the Leaves? If you have always dreamed about it, now you have a great opportunity to immerse yourself in this wonderful world created by Masashi Kishimoto. Try Crazy Naruto for free today and meet your favorite characters from the series!

This is an online RPG that looks like the games developed in Japan. And I'm not referring to that distinct graphics style, but rather the mechanics like party composition and turn-based combat. However, I went a little too far – let's go back to the beginning. Your adventure starts with a tutorial that simplifies the first stage of the gameplay. The scripted indicator will point us to the next options in the UI we need to click. It quickly turns out, that the basis here are main story mission. They provide a very large amount of virtual money and experience, and allow you to get more companions. 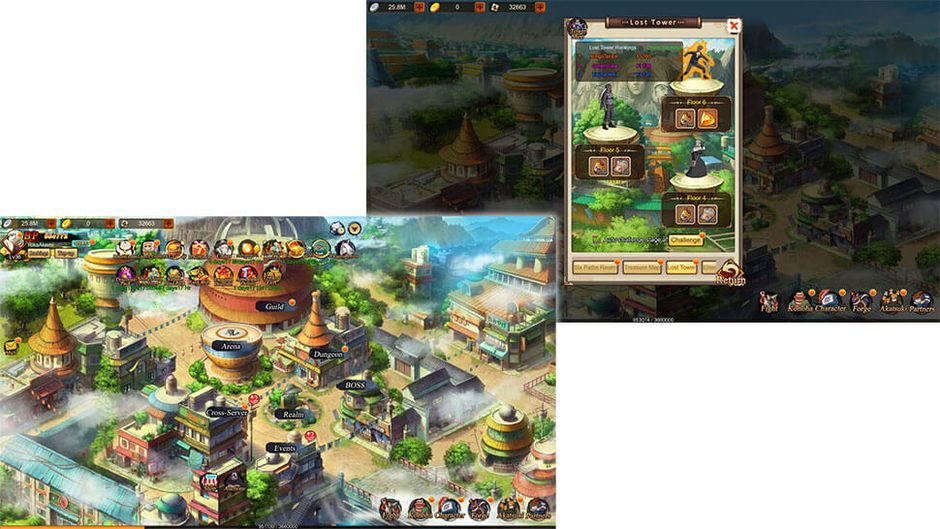 Another very important part of the game is the development of our in-game character. You can equip your hero (as it happens in RPGs) with rare equipment, improve their skills, tame tailed beasts, and teach them unique Jutsu that will affect the effectiveness of your team in battle. The development of your character depends only from you – you can freely choose and combine skills. Combined with members of your team, the composition can give lightning effects (even in literal sense, given that the series has electricity element). Moreover, you will receive shards of Mythical Equipment that affect the so-called Battle Points, indicating the strength of the character. 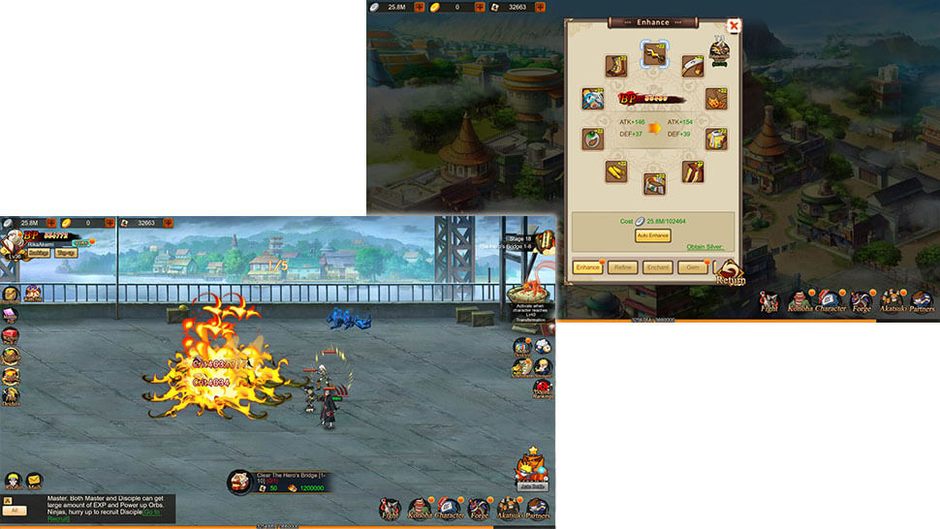 Besides improving your own character, you will also need to create a team. At the beginning of the game, we get access to Naruto's well-known friend – a genin called Kiba. However, over time, we will be able to join such characters as Sakura, Kakashi, Sasuke, Rock Lee, Temari, Shikamaru and even the members of Akatsuki! But remember that each of the heroes has unique skills divided into melee combat, ranged combat, and team support. Only a properly built team can face opponents in both PvP and PvE modes. 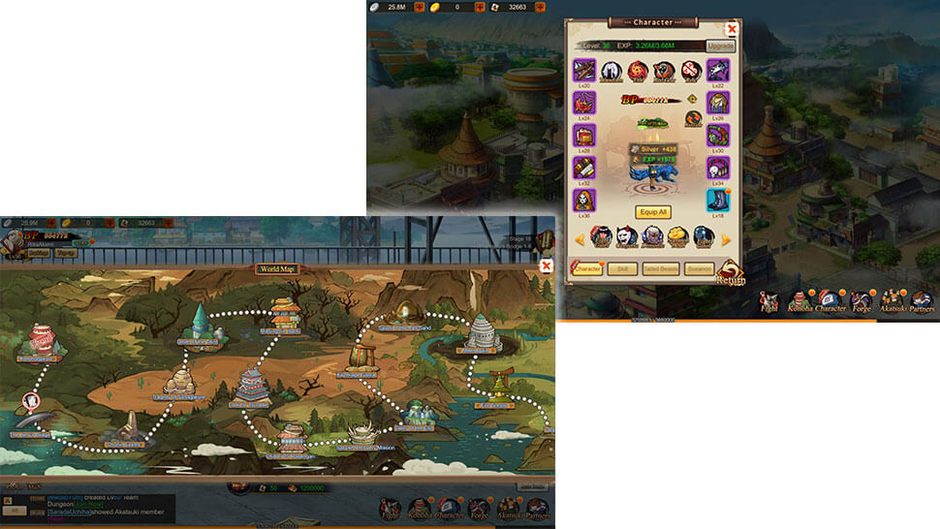 Don't forget to visit the village often, where you will find buildings (serving as menu tabs), such as: clan headquarters, PvP Arena, access to "dungeons" and fights with powerful bosses. Konoha plays the role of a hub, which works as a break from crossing the map and fighting enemies. I, for example, visited the village every time I wanted to upgrade items and skills and choose teammates to not get distracted by constant battles. Also, keep in mind that not all options are available right away. To unlock some of them, your character must reach a certain level of experience! 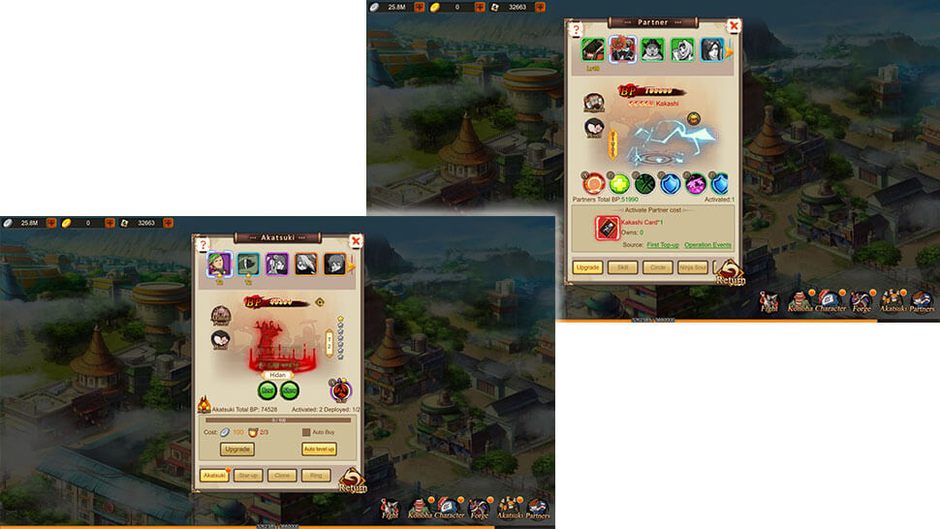 Crazy Naruto is an interesting free game for all Naruto fans as well as other anime series. An exciting gameplay typical for Japanese RPGs, excellent graphics conveying the spirit of Masashi Kishimoto's work, as well as the soundtrack taken straight from the animated series – all this helps you to immerse yourself in this amazing world. And if this wasn't enough, the game provides a system of having a ninja mentor, in which we can meet our personal Sensei. Are you interested? Then try to become as powerful as a Kage! We definitely recommend this game.