Defiance 2050 is a coop, TPP shooter with RPG elements, whose action takes place in the rich world known from the Defiance TV series. Take on the role of the Ark Hunter, looking for ArkTech – artifacts of alien civilizations and fight for survival on the terraformed Earth!

Defiance 2050 is a production of Trion Worlds studio and published by Gamigo AG. The game is set in the original world of the well-known Defiance series – this is one of the few examples of the game in which the action takes place parallel to the series, as both were created simultaneously! Defiance 2050 can be described as a third-person, cooperative MMO shooter with RPG elements. To play it, you just have to download it. 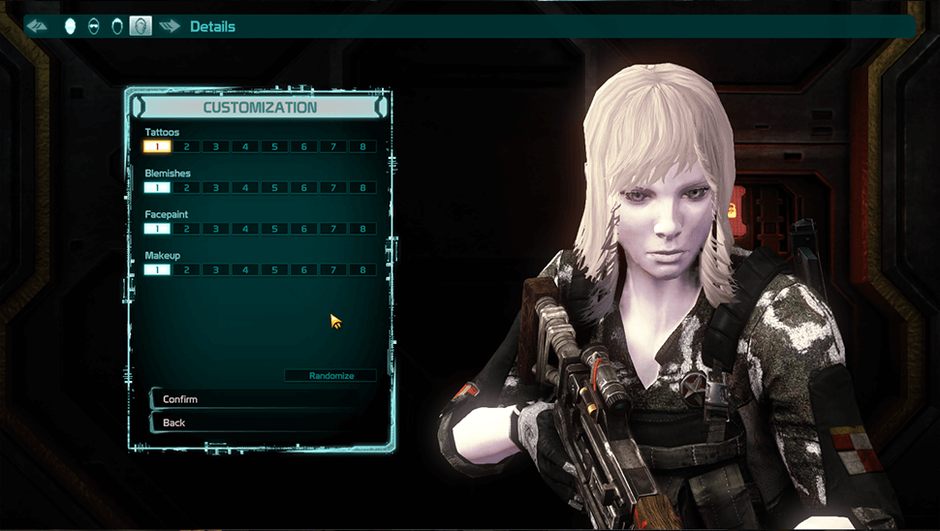 We start our adventure with a simple character creator. We can choose from 3 playable races, known from the series: Human, Irathian and Castithian. The choice of the race is purely cosmetic – we can also modify the appearance of our avatar. The next step is to choose the character class – we can choose from four initials (Assault, Assassin, Medicine and Warden), and after reaching a certain stage in the game, we can get another. Each class has a separate tree of skills, which are divided into active and passive. We are not assigned to one class for the whole game – we can change it after reaching a specific place in the story. 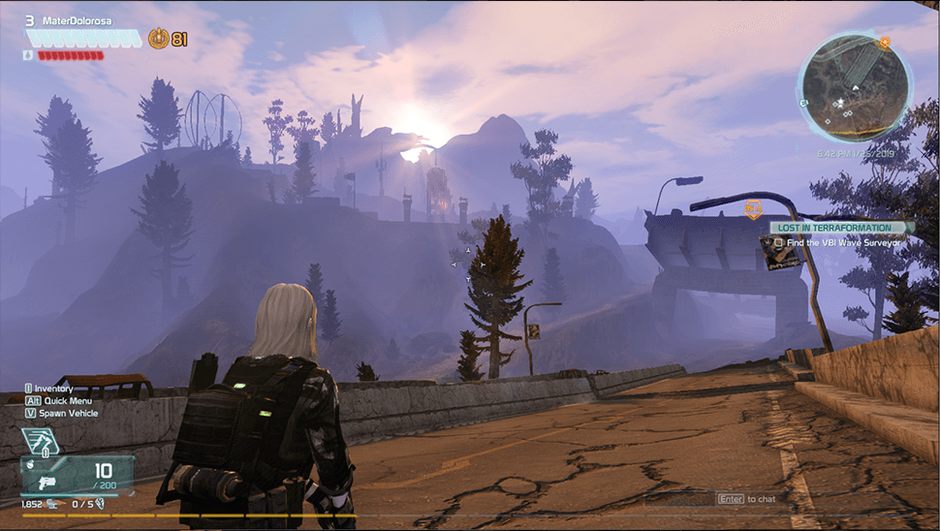 After creating your character, we start the game with a tutorial, which is also an introduction to the main game quest. In it we learn about the outline of the story, parts of the main characters, and we can test our skills in using skills and defeating enemies. 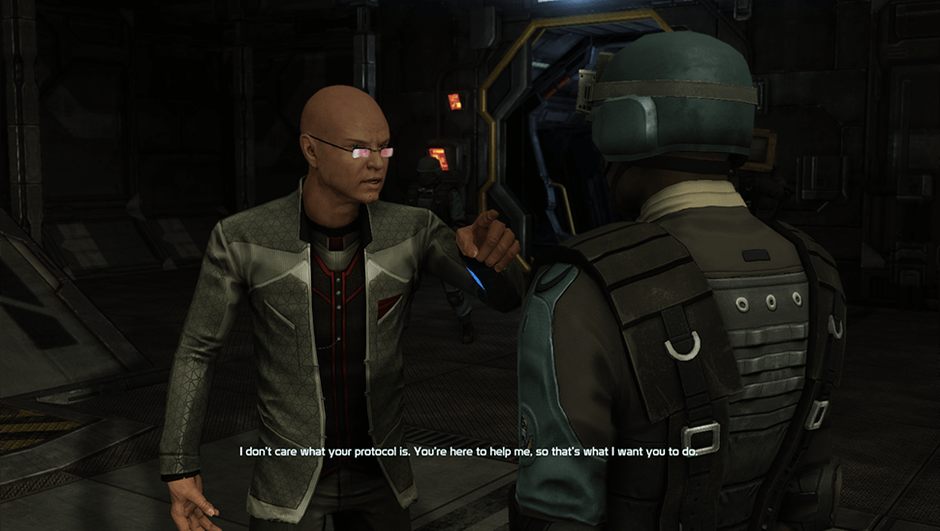 After completing the tutorial, we will find ourselves in the initial game area, where we will get our first quests, the game throws us into post-apocalyptic areas near San Francisco – after the appearance of aliens, the surface of the earth was partially transformed – which contributed to massive destruction and a complete change in the appearance of the terrain, and to numerous mutations of the earth's fauna and flora. The tasks are divided into main and side missions; the main ones direct us from one location to another in a typical MMORPG fashion, allowing us not only to get to know the world, but also providing most of the experience and basic equipment. Side tasks are divided into those given to us by the NPCs (with their own storylines) and those randomly generated, such as freeing prisoners, getting data from a hostile camp, or performing certain activities on time (such as races). The ArkFalls are unique events, in which the wreck of an alien ship falls from orbit, with valuable technology on board... and unwanted passengers who will have to be dealt with. We can move around the world in several ways. In addition to walking, and the system of fast travel, in which we move between specific points on the map, we can also use various types of vehicles – from basic quads, through nearly mad-max cars to futuristic flying vehicles. 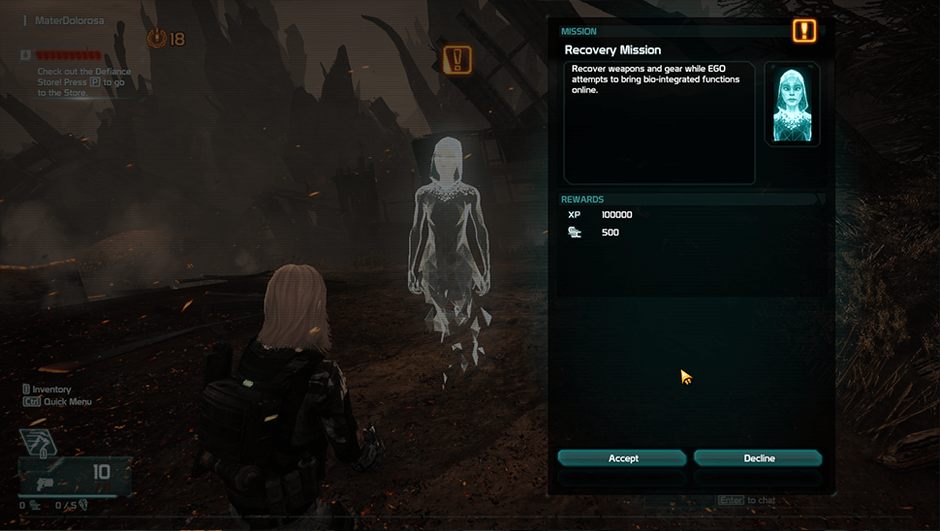 Character development is an important part of the game – with the acquisition of new levels, we receive points for which we can develop the skill tree, we also gain access to additional activities and equipment elements – some of which are available on specific levels. In the Skill Tree, you will find exclusive skills, the selection of which determines your character's further development – it's worth considering before deciding what kind of game you like more! 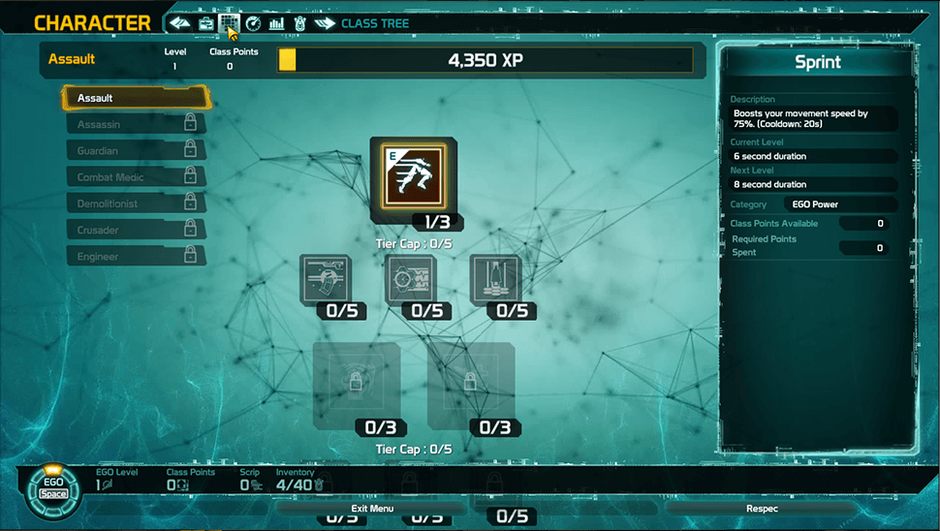 Defiance 2050 is a classic tertiary shooter, with a very pleasant mechanical layer of gameplay – the movement is dynamic, with the ability to perform dodges and knocks, the weapons’ behavior is quite enjoyable, and there is a really large arsenal, where in addition to 'classics' such as rifles, rifles and snipers, you will also find futuristic and original guns from the universe of Defiance, as well as energy-based melee weapons. Each class can use all types of weapons, but some can do it better or worse. For example, the Assault has specific bonuses for the use of machine guns and rifles. There are a lot of weapons and it is also divided into degrees of rarity – with additional bonuses. Most of the best equipment can be obtained during side missions, especially ArkFalls. Very often they result in the appearance of a large barefoot, which is very difficult to defeat alone – and Defiance 2050 is above all... 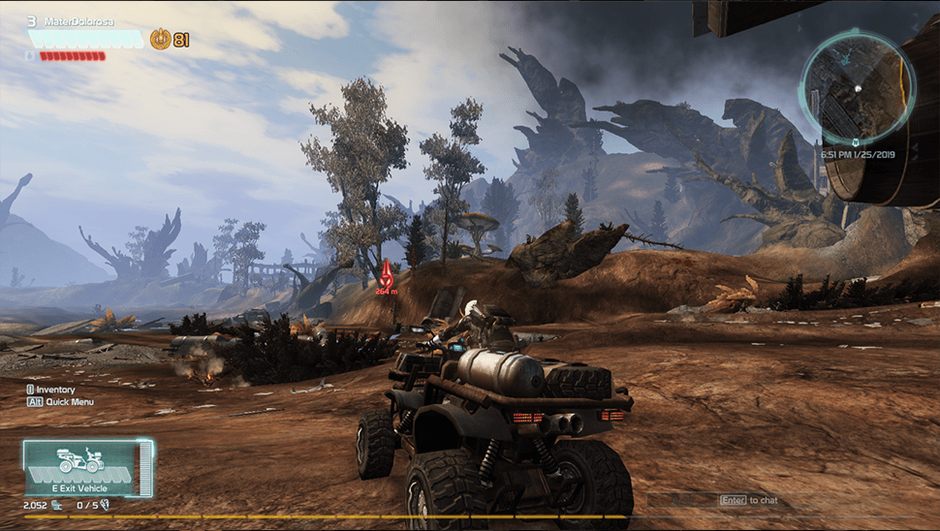 ...a cooperative game! It's very easy to join specific challenges – each person in their area is automatically assigned to a "team" – which makes PVE a lot easier because most of the opponents are quite resilient, and the number of respawns is limited. Additionally, some of the challenges are only available to more organized groups. Creating them, however, is not a big problem – the base of players in defiance is still on a decent level. Those who are bored with playing PVE, however, can participate in PVP struggles – however, it requires the consent of all interested parties. 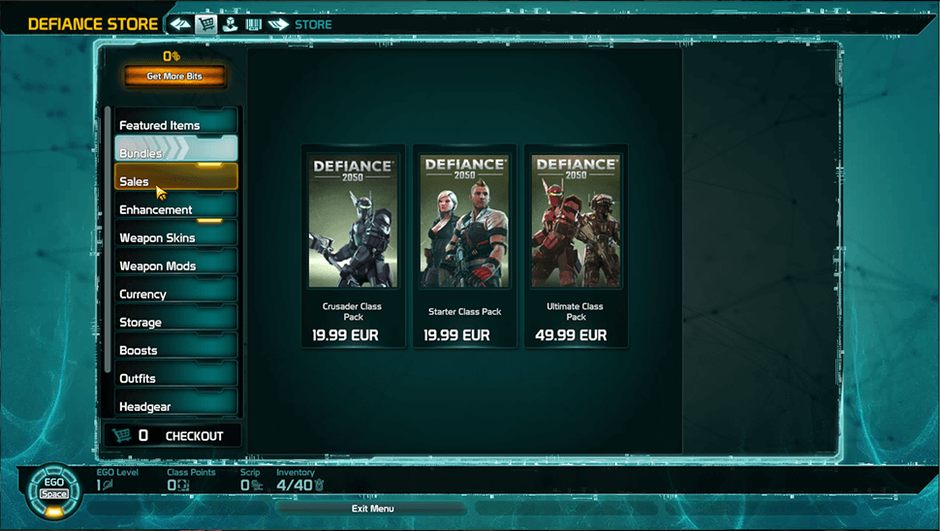 Finally, it is worth noting the premium currency. In Defiance 2050 we will use these points, among other things, to buy various costumes, bonuses and access to various types of content. The currency is not the cheapest, and many of the available items can be very useful or attractive. Interestingly, we can replace this currency with loyalty points, which we receive for daily logging in and doing special sentences. Thanks to that we will surely be able to get at least some of the desired items with ease. However, most of the items in the game can be obtained for free – all you need to do is to accumulate the appropriate amount of premium currency, and be far enough away in the story. For those who are impatient, however, buying early access may be attractive.

Defiance 2050 is a quite successful production with a unique, interesting world, a pleasant and engaging combat and an active community in which we can want to spend hundreds of hours exploring the Defiance universe. For the fans of the series – a must-have!

A few tips to conclude: