A tactical MMORPG with dragons!

Dragon Awaken is a browser-based MMORPG, which features style and mechanics that resemble the classic JRPGs from Japan. The action takes place in a fantasy realm, where the shape-shifting dragons and team-based mechanics are the most important elements, ensuring hours upon hours of quality entertainment.

The first thing we will take care of immediately after creating an account is the choice of gender of the character. This is basically a cosmetic solution that allows you to better embody the avatar and does not affect the mechanics of the development of our hero. Of course, however, this has an impact on the dialogues that we read in the game... but more on that later. 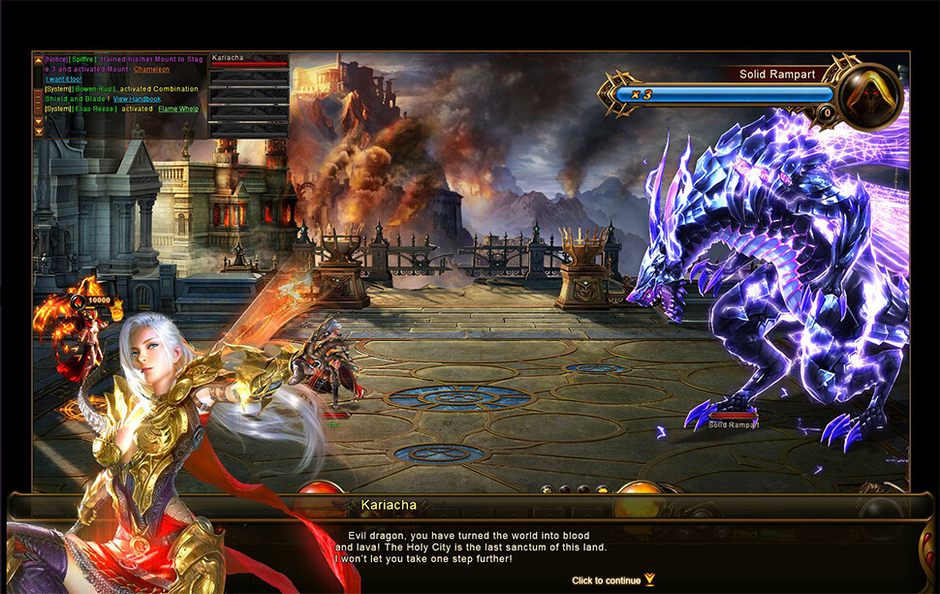 When you've already chosen the gender, you will watch a cut-scene featuring the new avatar, which will introduce us to the dreamlike, but serious gameworld. The developers made the story the most important element of the missions, which, along with our progress, allow more and more insight into the world of the game. I probably need not mention that the Dragons are the focus of the story. 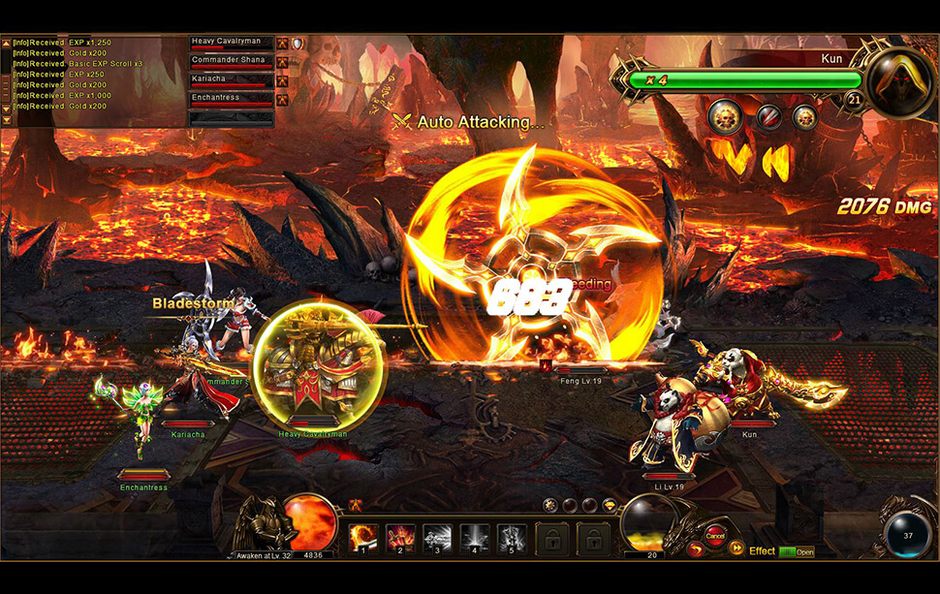 The mechanics of the game is a hybrid of jRPG with the classic turn-based combat system and dungeon-based, team RPG, in which we create our team consisting of characters offered by the game. Our task boils down to clearing subsequent dungeons, inhabited by different monsters and bosses, and offering different missions. Dungeons are divided into different types. There are, in particular: dungeons for mission, heroes, tests, materials, as well as the Invasion of Dragons. The latter, however, is designed for players with higher levels of experience and they represent the endgame stage. 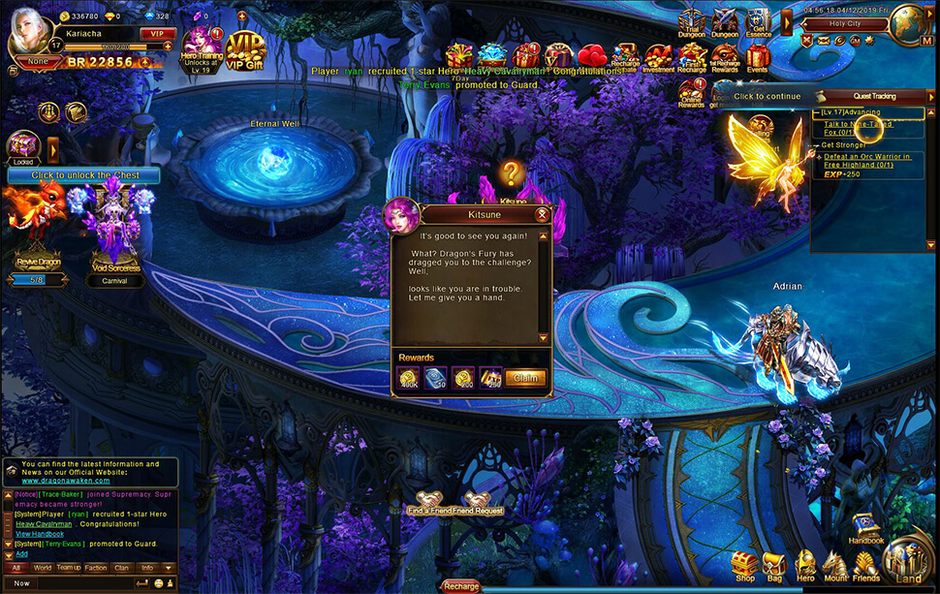 As I said, teamplay is paramount here. The game features dozens of characters, of which we create our own team to overcome the following dungeons. The main characters will be unlocked as the story missions progress, however, they will not be useful in later stages of the game. Stronger heroes, on the other hand, we buy in the tavern for a raw material called the essence. Therefore, before buying a hero, it is necessary to think about whether they will match our team and all its other members. A well-chosen team, based on the synergy of individual heroes, is the key to success in more difficult places. 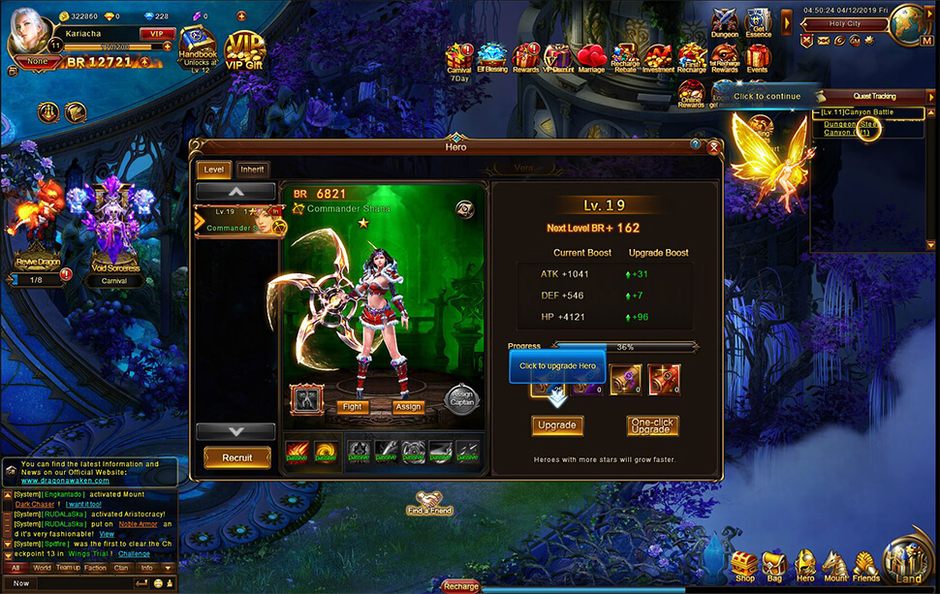 Making sure the individual members of the team develop correctly is also crucial, and it takes place on a few planes. The most important of these is, of course, getting to new levels. In order to reach it, we will need special hero scrolls that can be obtained in missions, by completing daily tasks, etc. Keep in mind, though, that our own avatar gets to experience on their own, without the use of the scrolls, and the level of our heroes cannot exceed the level of our character! In addition to experience, we also have access to a number of improvements that increase the basic statistics of our team. 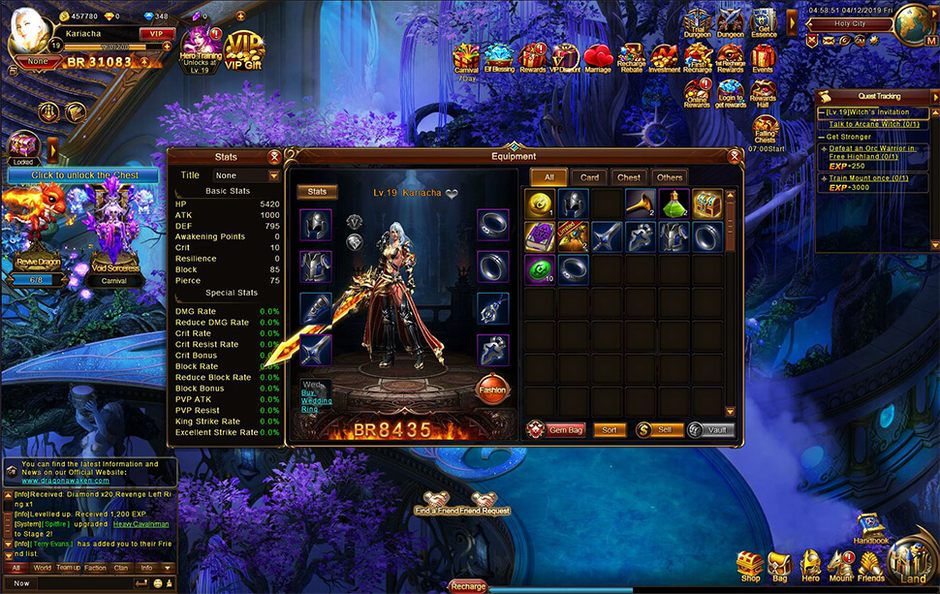 Apart from that, you also might want to ensure your transport system is well developed, too. The game offers a variety of pets that will serve and our mounts. Their main task is, of course, to accelerate our movement on the map, but do not be fooled by their absence on the battlefields! They give us solid, combat bonuses to stats. Therefore, their development is important for the over-all combat efficiency. 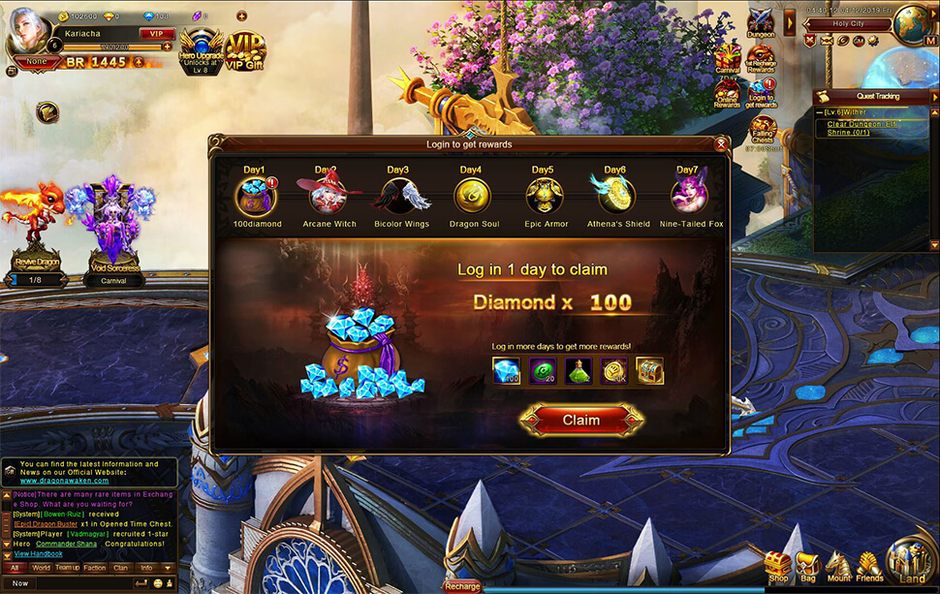 As in the case of other games based on the FTP model, Dragon Awaken also features an online store with premium and semi-premium currency – ambers and diamonds. Importantly, though, the game is not a pay-to-win at all. Items available for premium currency do not affect the balance of the game, but can only make it a little bit easier. However, the developers have prepared a number of actions that will allow us to get the free premium currency. After getting it, you should think well before spending the cash! The premium store offers cosmetic items that will allow you to personalize the character even more. 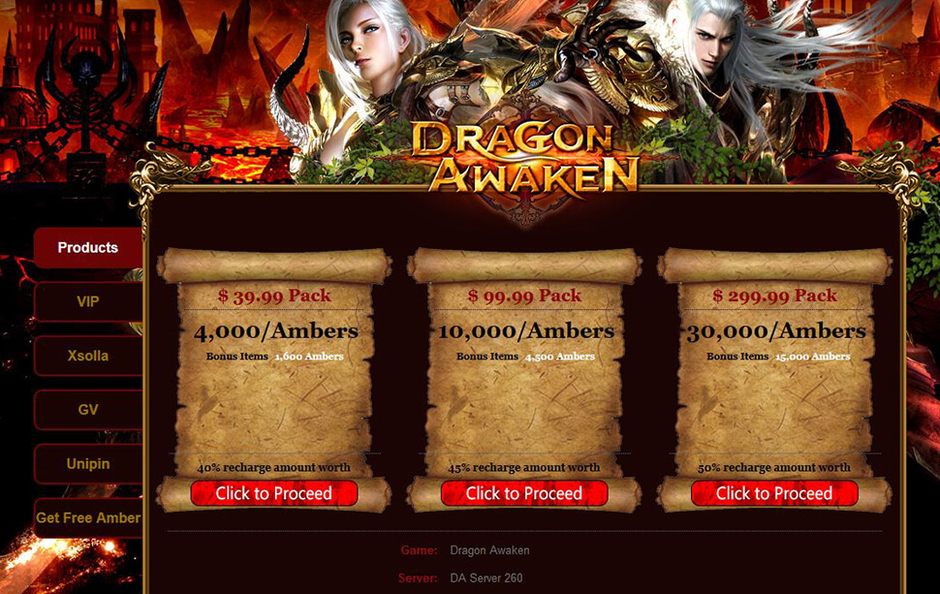 Dragon Awaken is the perfect offer for players in love with tactical role-playing games with extensive network elements. Since it's browser-based, nearly everyone with an Internet connection can play it. Complex mechanics, many side activities, and nice graphics – these is the elements that make sure spending time with the game is great fun.