At first glance Dynamons Evolution is a typical match-3 game, but differentiate itself from rest of those games by adding RPG elements (mostly from Pokemon series), such as fighting opponents and collecting and training new creatures.

Many tablet and smartphone users, when told “match-3’, will get really excited. Huge success of Candy Crush Saga started a trend with many game clones of that production. One of positive sides of that is, as a result, the genre stepping into different types of games. Nowadays no one is surprised by RPG titles with combat based on matching elements and one of those productions is Dynamons Evolution, fourth part of Dynamons series. This title is not a hardcore RPG, its easy accessible to younger players. We assume the role of Dynamon captain, that puts his creatures to combat with wandering monsters or other captains, to achieve the title of Master Captains. 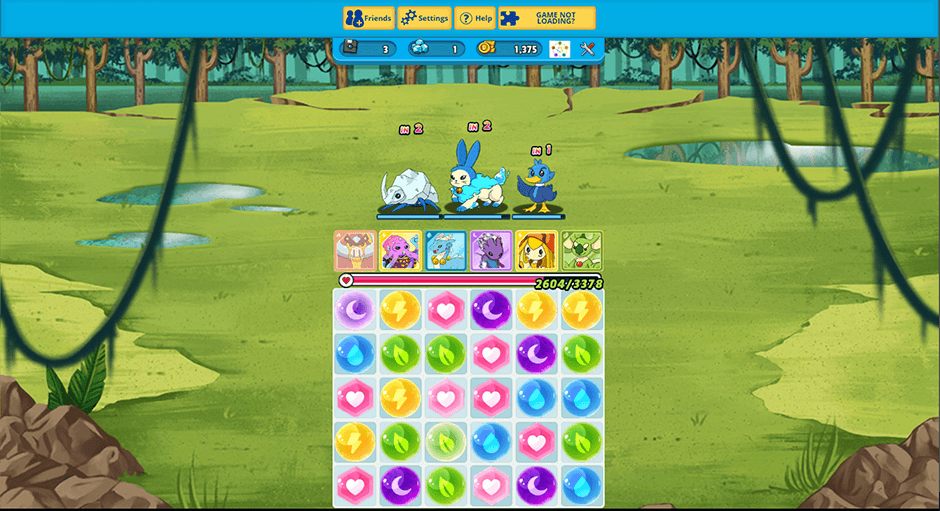 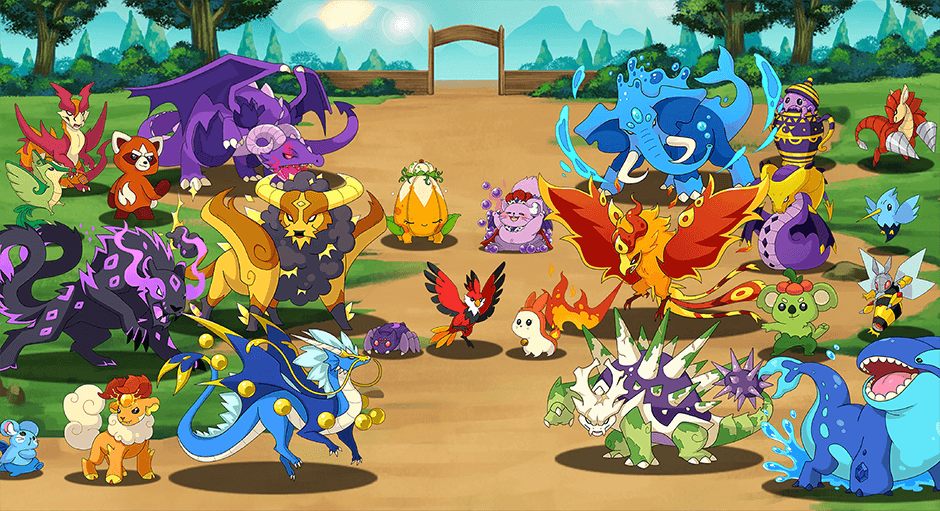 Gameplay, as per typical match-3 game, consists of matching elements of the same color (and symbol), which orders our Dynamons to attack enemies. When we match five or more elements, we can trigger area effect attack, which damage all enemies. In addition, when we manage to match more than one color at once, for every additional color we get Combo Meter, that multiplies our damage. There are few color variants, for example healing, stunning or poison elements. Our health bar consists of our Dynamons HP combined. Enemies attacks according to their countdown timers – visible above every enemy. In later levels it is necessary to target specific enemies rather than do the equal damage, because grouped enemy attacks can wipe out your health in one turn. We can team up to five creatures to fight plus one from our captain buddy, but we can collect many more. Most of the creatures have special abilities: active, which can be used after certain amount of turns, and leader (first dynamon in team) and buddy skill – passive abilities that are constant. 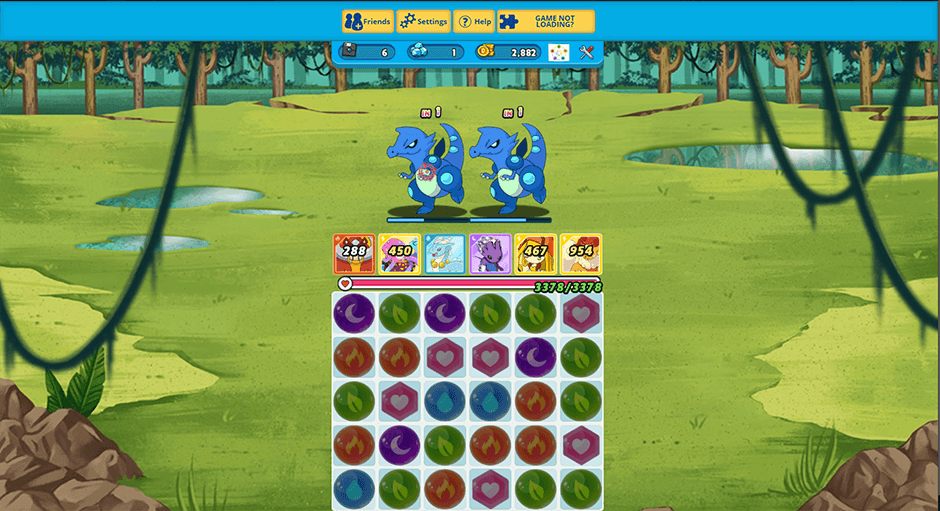 Game map is divided into sections which indicate what types of enemies will be present, and levels – empty circles representing wandering creatures, and circles with captains – duels. Last level in section is always duel with competing captain, who have strong Boss Dynamon. Because creatures in section are almost always matching in color, it is beneficial to edit your team accordingly- for example water-based enemies will take more damage from our lightning dynamons, and take less damage from fire ones. 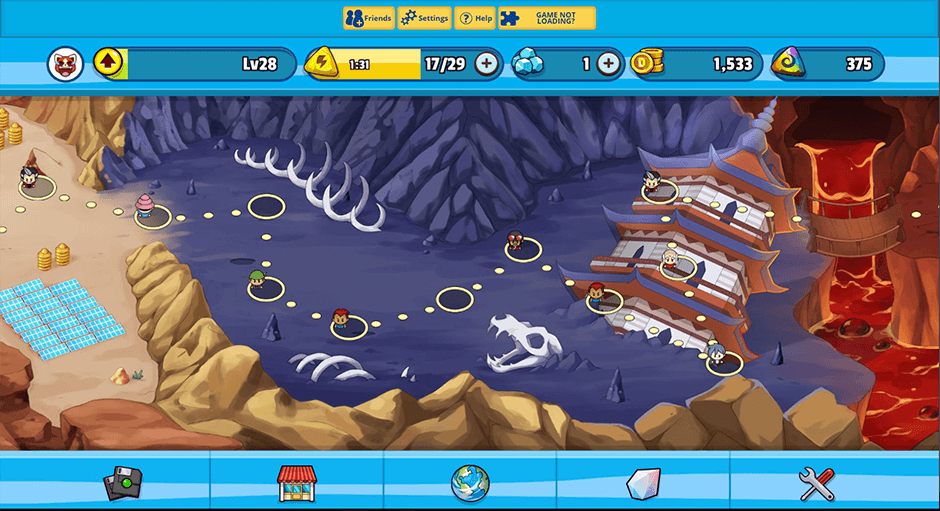 After completing a level we get, as a reward, gold, experience points (for our captain, mainly for more dynamon space) and Buddy points, which are used to buy new dynamons. When we beat the level for the first time we also get special rewards - crystals and sometimes new, rare dynamons. Crystals are the most valuable resource, through them we can summon new dynamons, try again when failing a level, expand inventory space or replenish energy. Buddy points are awarded for completing a level with help of other players. 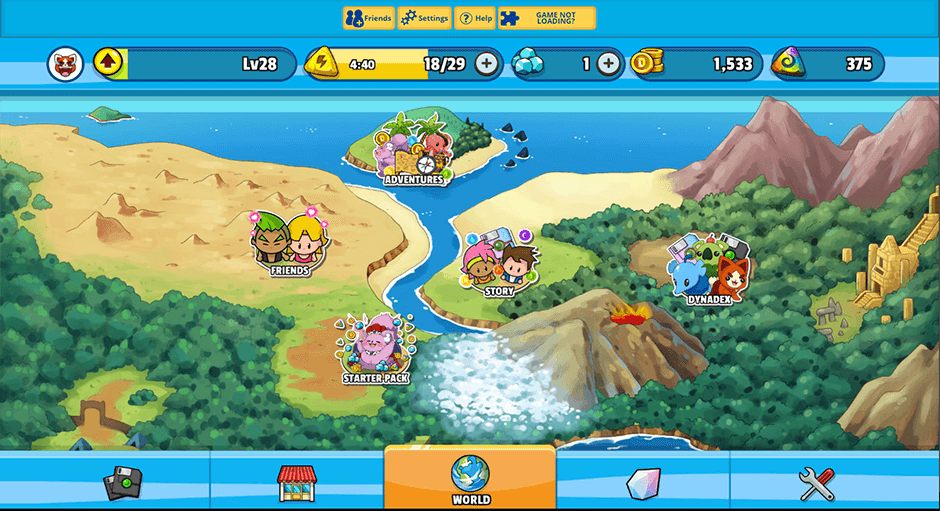 Dynamons are divided into two categories: Material and Regular. Material Dynamons does not have or have very limited leveling up options, Regular ones can level up and evolve, and have few forms (most commonly three). Evolving Dynamons grant them new, upgraded abilities and stats. This doesn’t mean that material Dynamons are not helpful in fights- many of them have very high base stats and sometimes great active skills. To level up regular Dynamons, you need to feed them other dynamons (mostly material) and pay gold for training. To evolve, you need to max out Dynamon level, and then collect specific materiasl for evolving creature. Levelling up is important because, similar to other match-3 RPGs, in later levels you will need larger health pool and better special abilities. 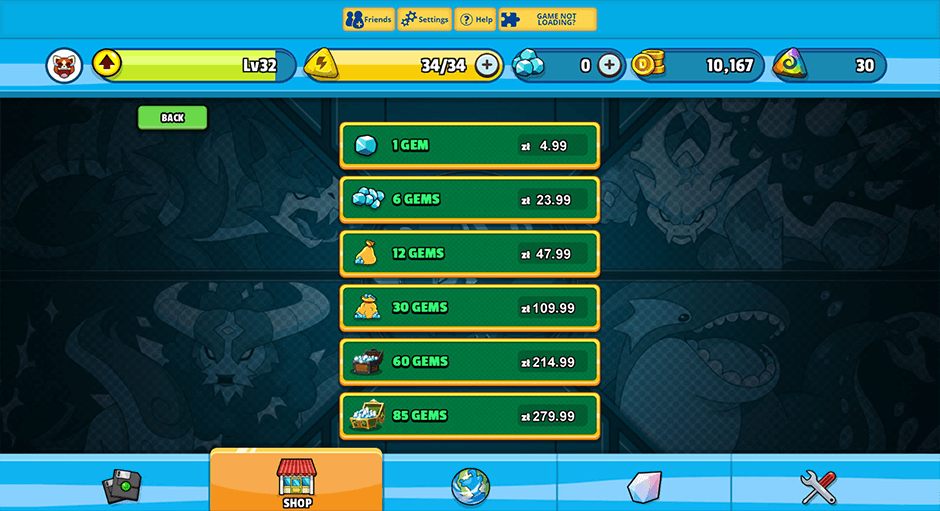 Dynamons Evolution is free-to-play title, so we have the option with microtransactions, which help a lot in earlier stages of the game, but they are not necessary to enjoy and complete the game.