Save the world in free to play beat'em up!

If you are bored with MMOs with classic gameplay, here is the place for you! Action packed, beat'em up gameplay, colorful anime graphics and skill based combat are the main selling points in Elsword Online. 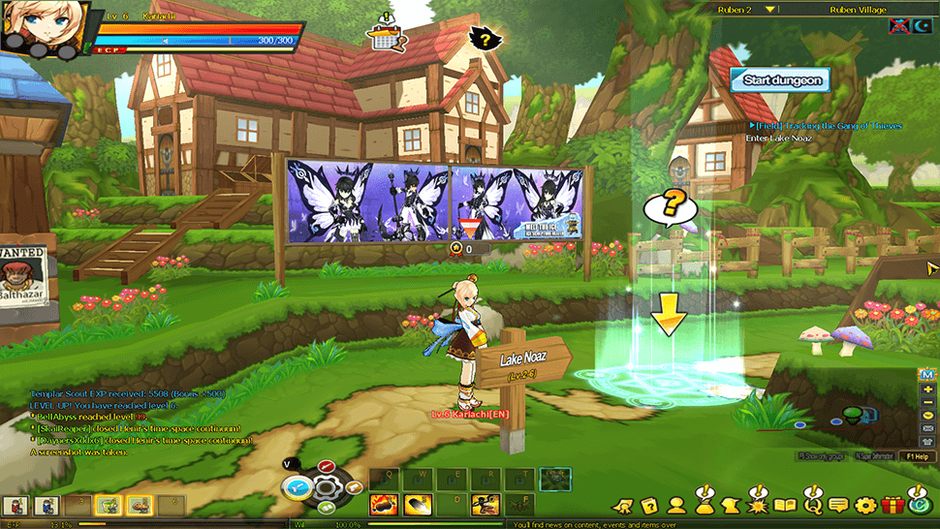 After creating our account first thing to choose, and what will determine our basic gameplay, is our character class, and developers prepared 10! We can become Elsword – archetypical warrior with big sword, Aisha – sorceress wielding offensive spells, Rena – huntress that shoots enemies with massive bow, or Ara – martial arts master. Of course this is only part of character roster, and every class has many subclassess (or, as they are presented in the game, ‘jobs’) that can alter game mechanics significantly. 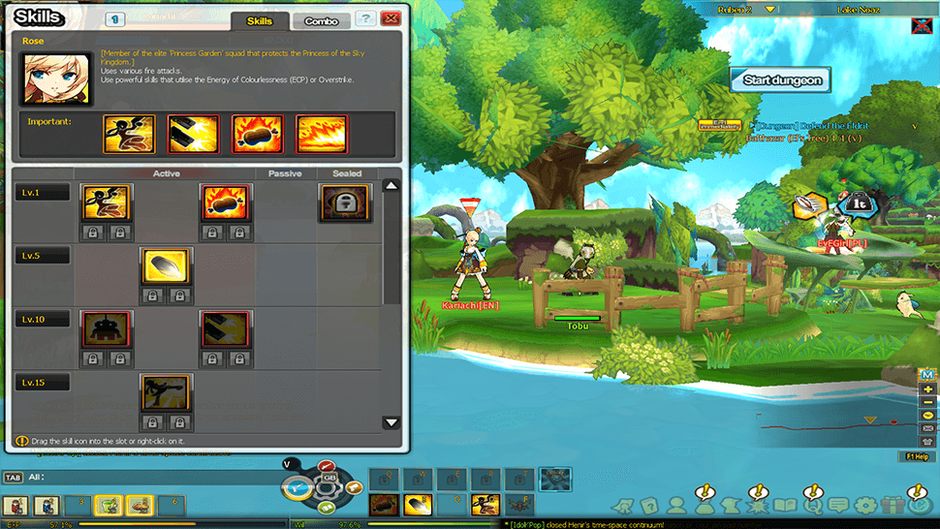 When we finally choose our class, we need to choose server to start the adventure – and first thing to notice is the story opening – developers put significant effort on game’s story, and central to the events is mineral EL. To not spoil everything to interested people, I’ll refrain from telling you the story of continent Elrios – you will find out playing. There is worth mentioning that there is anime based on game’s story – which will surely satisfy lore hounds that crave Elsword history. 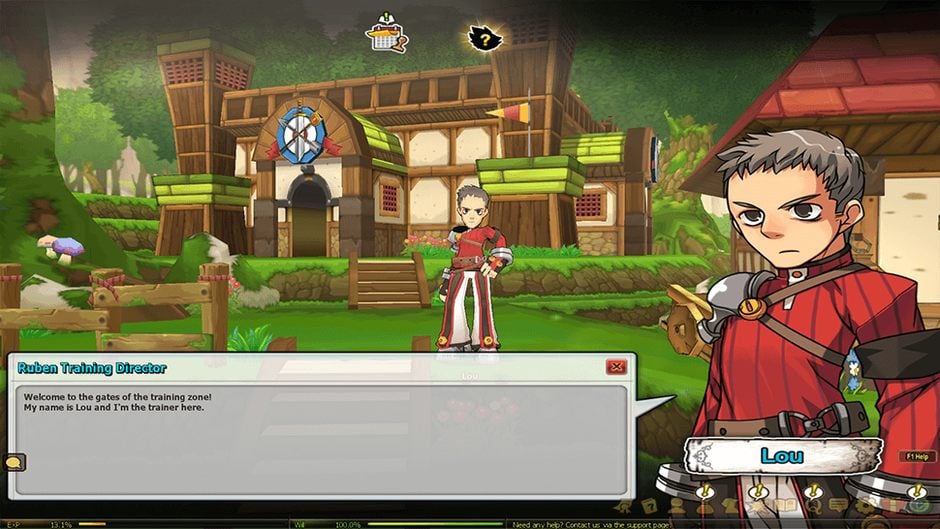 And now, to the most interesting part – the gameplay. Elsword is 2.5D platformer with beautiful graphics, and the game was designed as ‘dungeon crawler’ – we travel the world, and go into levels to complete missions, get better loot and annihilate monsters! The title demands in later levels more skill from the player, it follows the rule of ‘easy to play, hard to master’. You have to not only learn some basic skills, but to master difficult combos and skill synergies (in similar fashion to most modern brawlers), dodges and skilful movement. Those are key factors to consider if you want to overcome later dungeons. And when we master PVE, we can easy join PVP fights with other players. 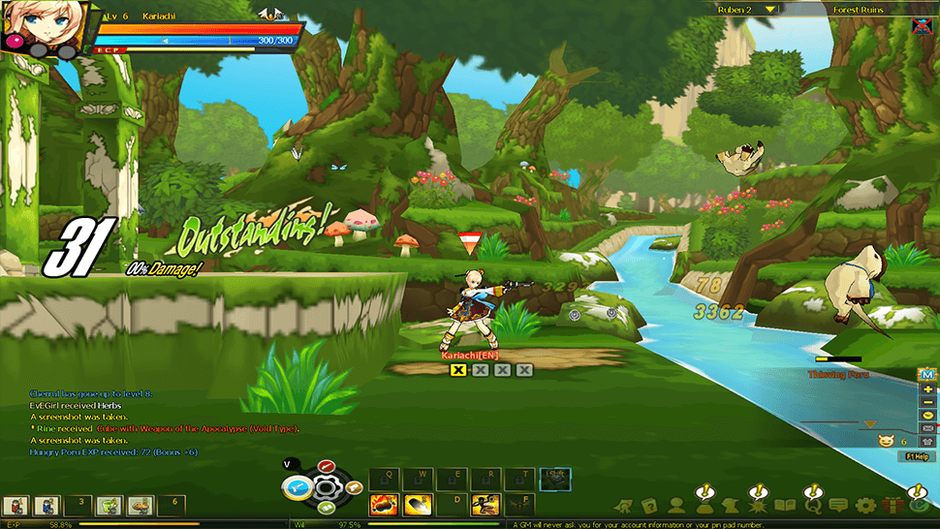 Elsword Online offer very wide items variety – basic armours, cosmetic items and upgrades. RPG feel of character building makes the looted items very important for our avatar’s strenght. If you have played in other MMOs, you surely have the situation of finding new, super powerful item, that do not match the rest of your equipment visually – the developers found a way around that: the magic wardrobe, where you can change the visuals of your items with their statistics and properties intact. Thanks to this mechanic we can get more powerful items and look fashionable simultanously! There are a lot of cometic items combinations – developers say that over 25 000, so everyone can find their own, unique style. 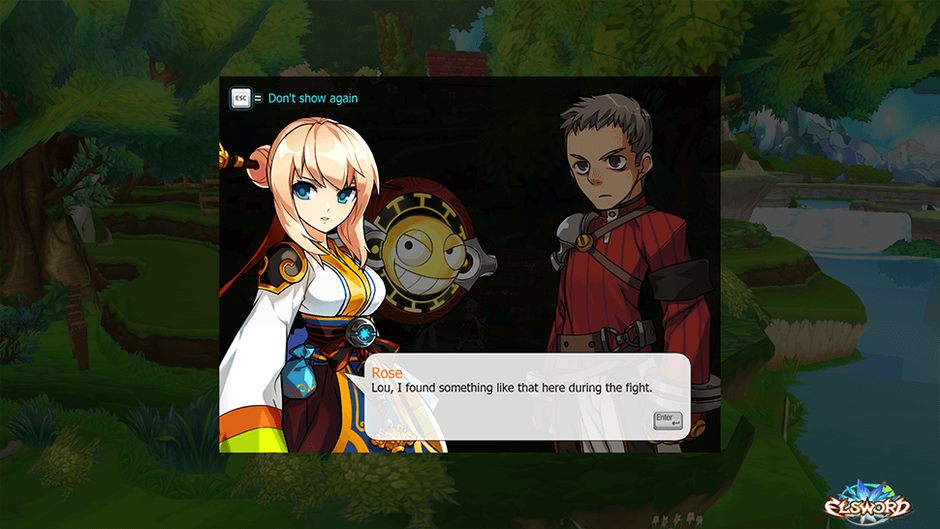 There is also the crafting system, if you choose to personalize your items even more. There are options to craft equipment from the scratch, and also enchanting and socketing. Enchanting is tool to upgrade existing item with new, more powerful abilities(and game shows them as +1, +2 etc. within the item description). Socketing is similar, you can insert magical stones to the item socket- and every stone upgrades specific item stat. it is advised, however, to wait with above options when we have higher character level. 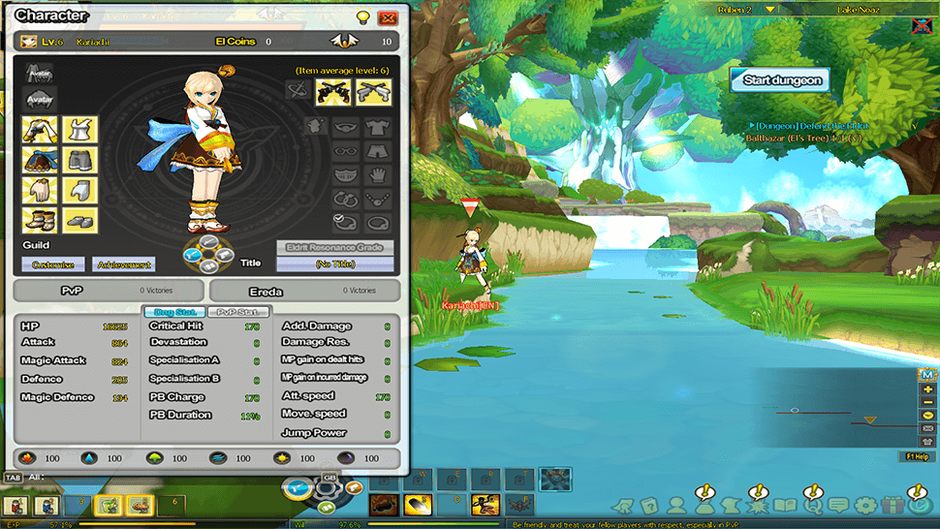 Developers prepared a lot of activities for all animal lovers. In Elsword Online you can have pets and mounts. Pets are animals that can help us in combat, buff our hero and carry items. One of more interesting options is evolution system, in which we can level up our pet so its abilities stays on par with our avatar. Mounts are used mainly for transportation, but they also can be trained to more combat oriented functions, with new offensive abilities they can provide. 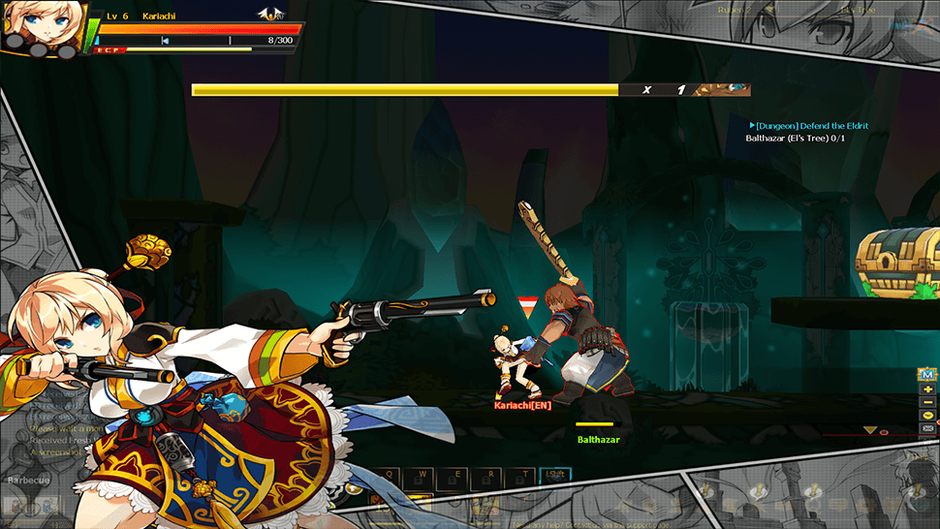 As with games in free to play model, in Elsword Online you can find the item shop and premium packages. Hovewer, items that can be bought are mainly cometic in nature, that do not change the abilities of players that pay – so game balance is not money dependent. This is not a ‘pay to win’ title. There is also option to trade between players – so if you find or farm rare items- you can set up a shop. 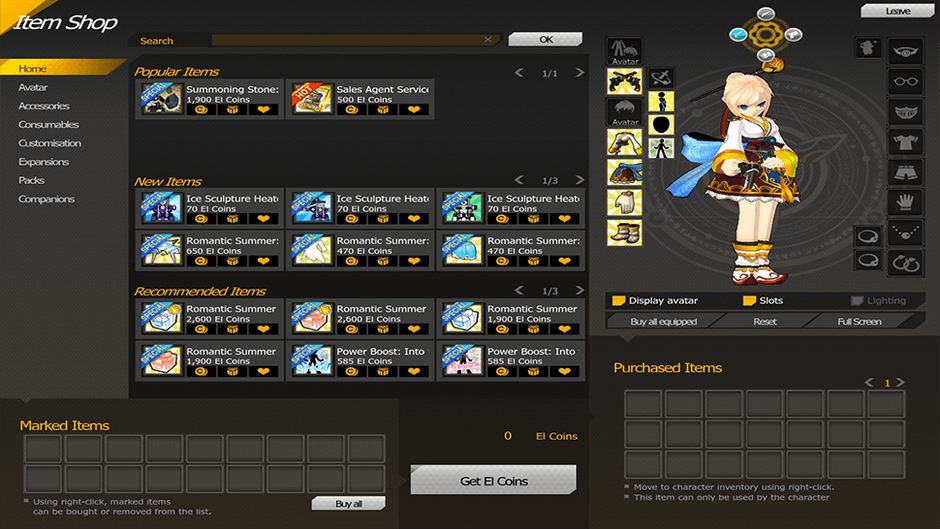 Elsword Online is perfect title for people that are bored with stereotypical MMO gameplay. Title is filled to thee brim with fast-paced action and satisfying combat. To achieve success in more advanced stages we should learn the game mechanics, and our class with its advantages and disadvantages – certainly there is incentive to ‘git gud’! All of this is presented in colourful and polished visuals in anime style, which can further interest fans of eastern animation.

Here are few useful tips for you: