Create your hero, fight powerful monsters, control your army and kingdom! All of this is available for free, even on mobile devices – smartphones and tablets!

Are you a fan of cult classics like Heroes of Might and Magic? Or maybe you are jRPG afficionado? If so, and you look for complex and fun blend of strategy and RPG game, look no further! Eternal Fury is the game that mixes best of both worlds.

We start our adventure by downloading the game and logging in. After that, we move to the character creation screen. Choose your gender and pick one of the three classes: Knight, Archer, and Mage. Each of the characters has a different type of active and passive skills as well as a playstyle. It is worth thinking about which one is right for us because this choice will determine our party members and the play style of the entire team. Like in other RPG games, each class has strong and weak points – remember about that. Once you decide which class you want to play, you will be able to name your character. After that, you are moved to the game's world where you have to complete a short and intuitive tutorial. Here, you will learn the gameplay's basics and its mechanics. 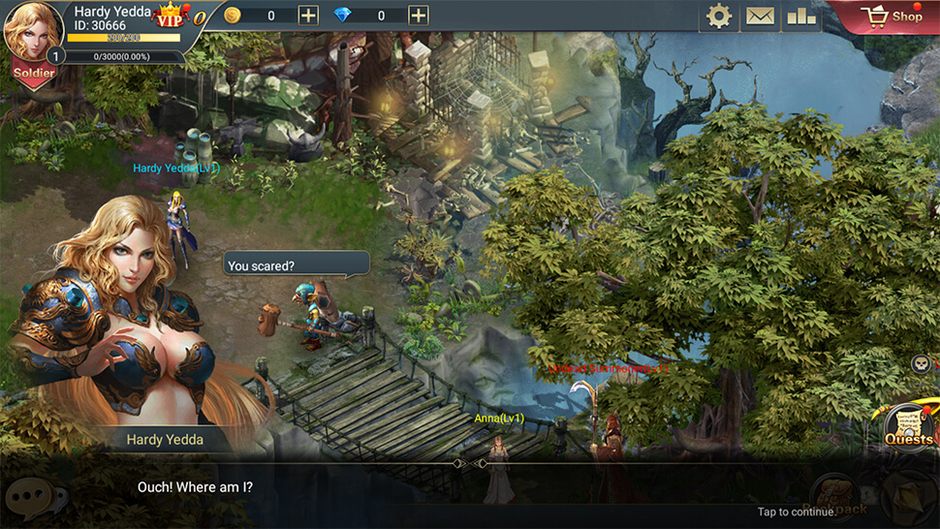 After completing the tutorial, we will be transferred to our own castle, which will also serve as the main hub (in short – our "base"). The castle has a number of useful buildings unlocked along with our character's new levels. Among these buildings, you can find Summoning Altar where you can summon heroes, Market where you can purchase various items, Arena for PvP fights, and Barracks where you can recruit units for your army. The development of the castle is one of the main gameplay mechanics of this game. Some of the buildings can provide you with a constant flow of resources – other players will definitely try to take them during raids. However, you don't have to worry – the initial development of the castle is very simple thanks to the story quests that will guide us through this process. These quests are a huge part of the gameplay – thanks to them you can learn about the plot and gain new levels of experience. 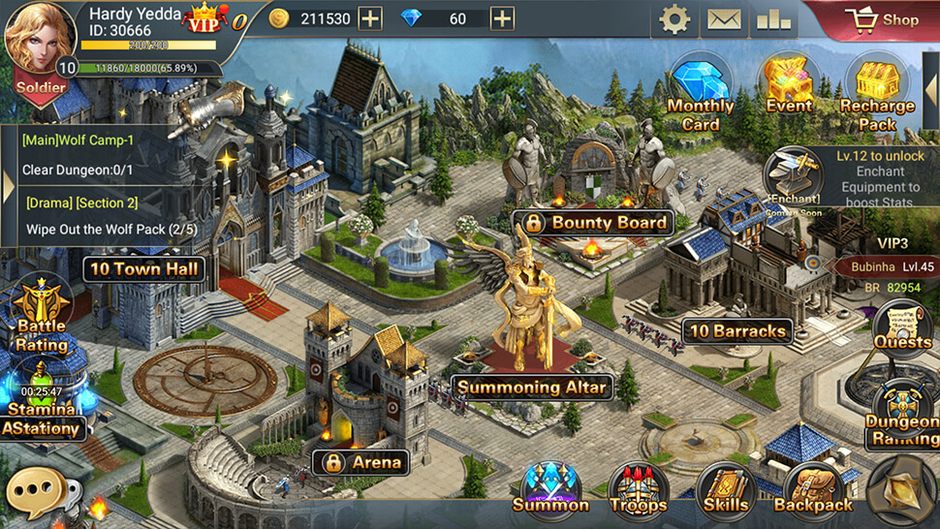 Still, combat is the most important aspect of Eternal Fury 2. The combat system resembles that used in various jRPGs. We control our entire party and the fights use a turn-based system – both parties attack alternately. Our party can consist both of regular units and dozens of rare and epic heroes. Each of them can use 4 unique abilities so it is important to create a strategy that makes use of the synergy between individual units, their shortcomings, and advantages. Creating good formation is equally important. Ranged units work better in the second line, while "tanks", defensive units, are an excellent defense against incoming enemies. The game allows us to create any party we want – we are limited only by our imagination. 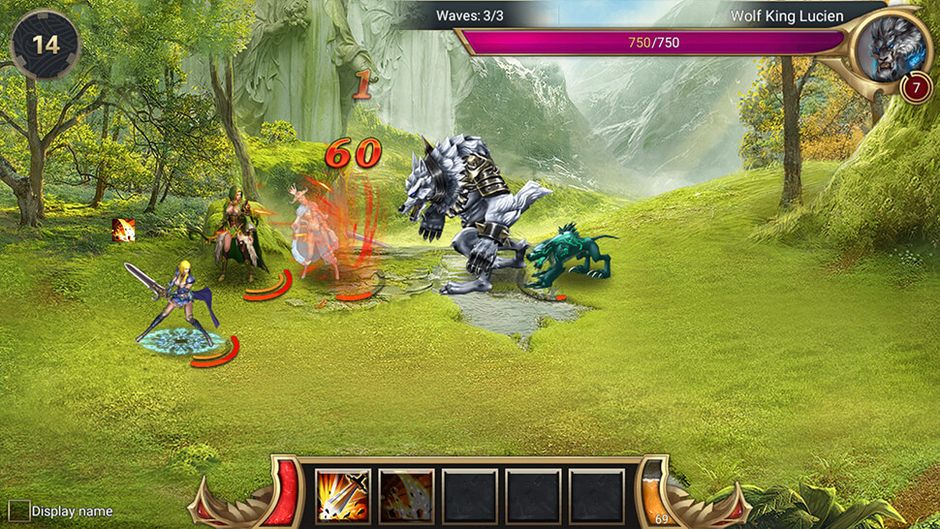 The combat and the plot are done in a dungeon system. After leaving our town, we are moved to one of several dozen (!!!) dungeons where we can complete main and side quests. If you want to fight efficiently, you will have to develop the skills and equipment of your character and level up allies. The latter can be done with scrolls containing experience points. As for our main character, the leveling and equipment systems don't differ from those known from other RPG games. As we progress to the next levels, we receive points, which can be spent on new skills. New items are "dropped" from monsters defeated in the dungeons. 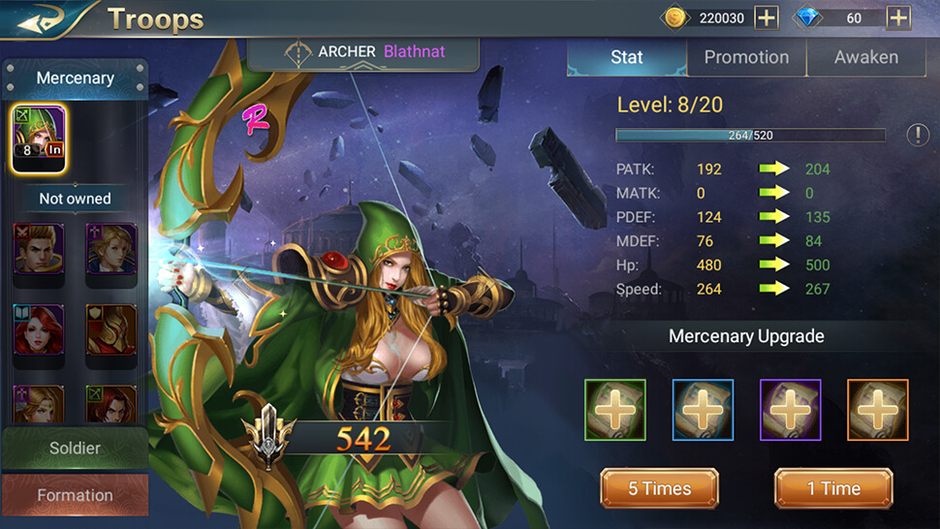 Eternal Fury 2 is an online game – the developers have prepared a variety of side activities that take full advantage of that aspect. Players can:

The game also has a built-in chat, which allows you to communicate with other players and receive messages about the main events of the game. 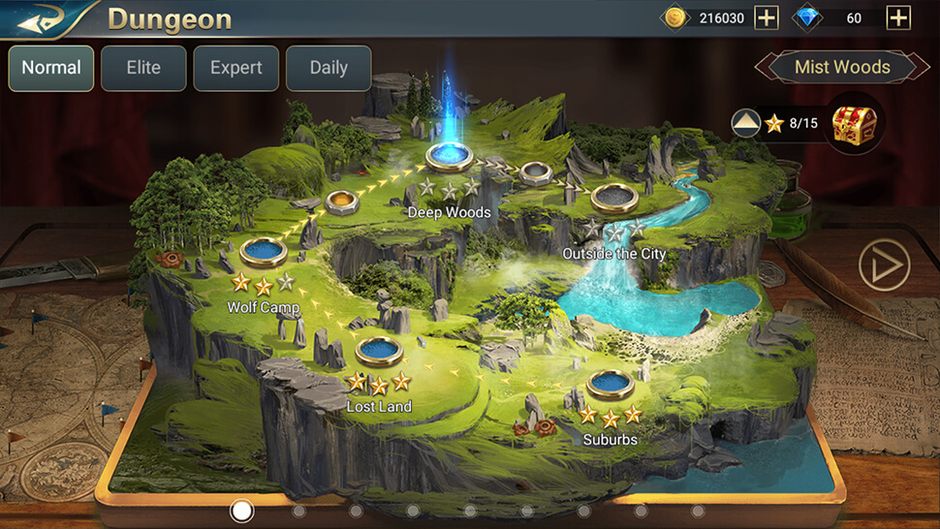 Eternal Fury 2, developed by Proficient City, is available in a free-to-play model. Players familiar with other games released in this model have already probably guessed that the game features a shop with premium content. At this point, some readers might feel fear of the infamous pay-to-win system, however, these players have nothing to fear – the majority of the items offered by the shop are either cosmetics or boosts, which slightly speed up the gameplay. However, they are not mandatory in order to enjoy the game's elements, including the storyline and the development of our kingdom. The developers have also prepared numerous activities that will allow everyone to gain premium currency – diamonds. You can get them by, e.g. logging in every day (daily login bonus), completing certain quests or getting achievements. 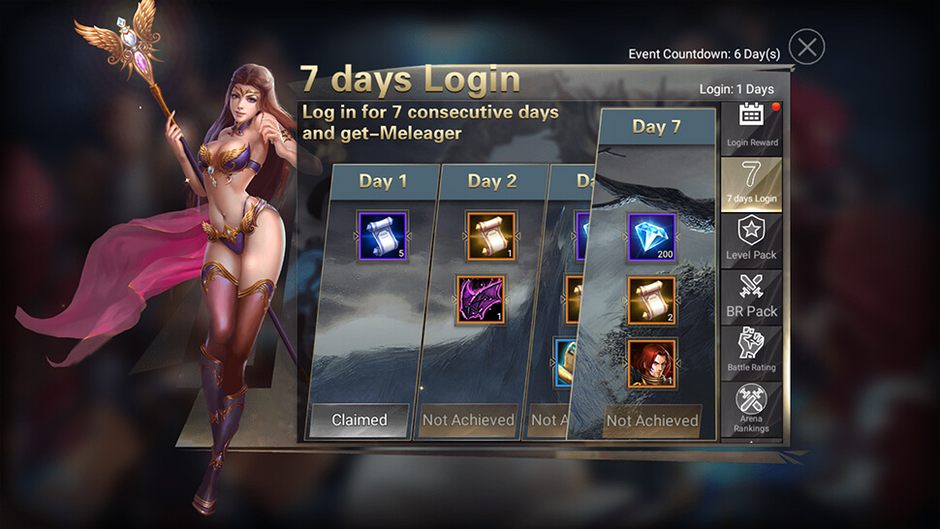 Eternal Fury 2 is a must-have for all Heroes of Might and Magic or Final Fantasy fans. The game combines story-driven gameplay with elements known from RPGs, the mechanic of developing your town and recruiting units known from RTS games, and the hybrid combat system. This combination of various mechanics will draw many players to spend a lot of time in front of their computer screens or mobile devices. Other things worth mentioning are the good-looking graphics, an atmospheric soundtrack, and a fair play approach to all players (including those who play for free). Will you be able to manage your own kingdom?

A few tips for new rulers: