Become the Emperor and conquer the world!

Game of Emperors is a strategy browser game created as an updated version of the already well-known title – Imperia Online. We end up in the Middle Ages, where together with other emperors we decide about the fate of the world. Build your empire, lead your army to victory, conquer and dominate your enemies!

Game of Emperors represents the genre of browser economic strategies. The game allows us to create our own empire and guide it across the coming and going eras. When it comes to the mechanics and challenges we will face, the expansion of the capital and the development of its economy are just the tip of the iceberg. The developers have prepared intricate systems for war, diplomacy and other imperial matters. 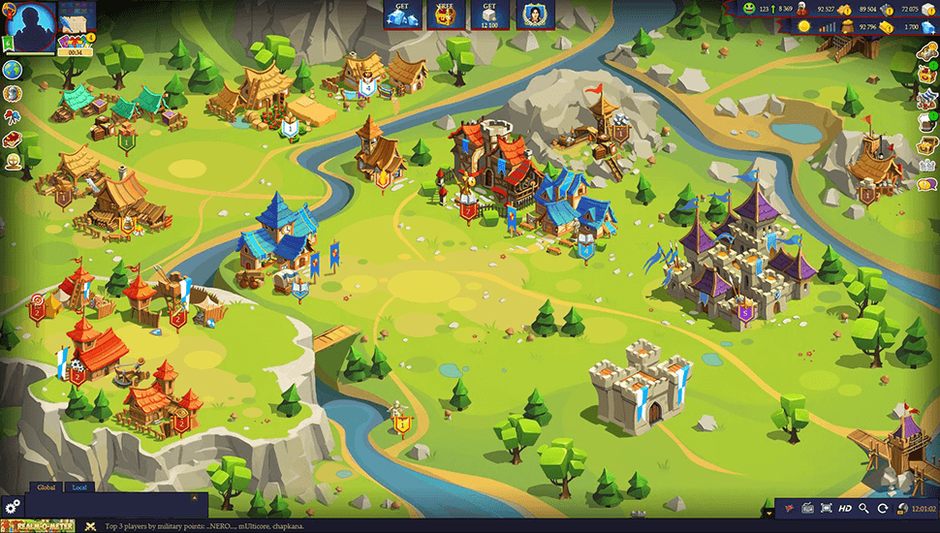 The game begins with a short tutorial, which will present the basics of gameplay in an intuitive way. We will get to know the ways of developing our city, army and gaining resources which are the very basis of improving our capital. Among those raw materials we will find wood, iron, stone, gold and diamonds, which are the premium in-game currency described towards the end of this guide. Quick and efficient development of resource gathering (such as creating sawmills, quarries and iron mines) is therefore the basic skill we must possess. 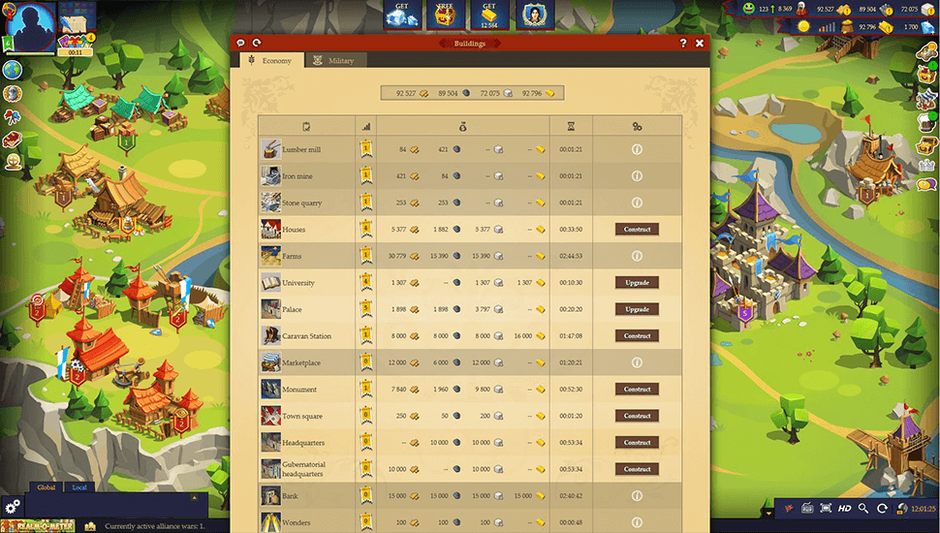 Aside from gathering, there is one more crucial issue which we will face in the early stages of the game: our empire’s population. Without sufficient manpower to work for our glory, we will have a difficult time extracting raw materials, recruiting troops and overall improving our city. In addition to cultivating the population, we will have to take care about their satisfaction, which is influenced by taxes, social and cultural infrastructure (universities, monuments), and even the mood prevailing between the members of the imperial family. In addition to the welfare of the public, it is equally important to ensure its steady, sustainable growth. Unchecked immigrants can lead to rise in homelessness, hindering the production and even full-blown rebellion. As you can see, this aspect of the game definitely deserves paying proper attention. 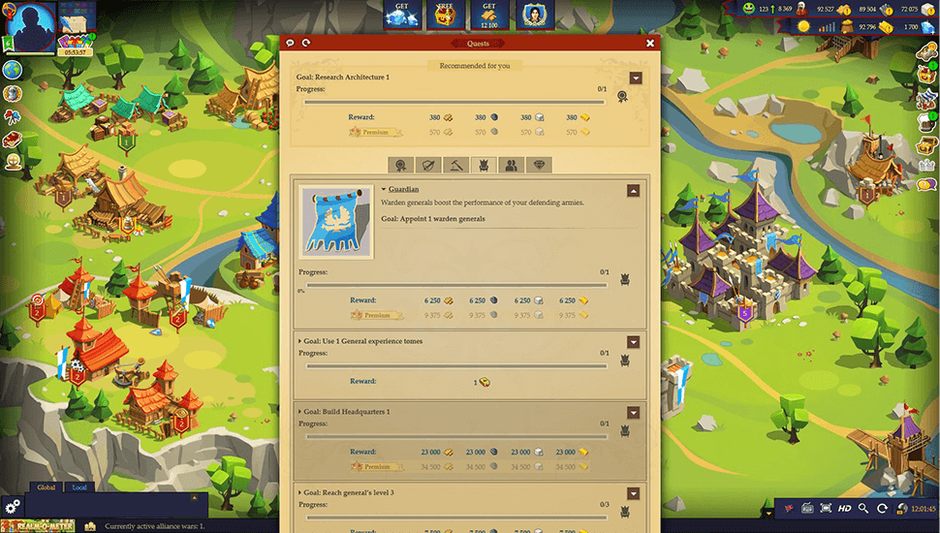 It is worth mentioning the components of the map (available in the Global Map tab), which are a vital part of the war game. Among them we will find:

During our grand campaign we can to annex provinces, find and establish our vassals, and acquire new colonies and outposts. 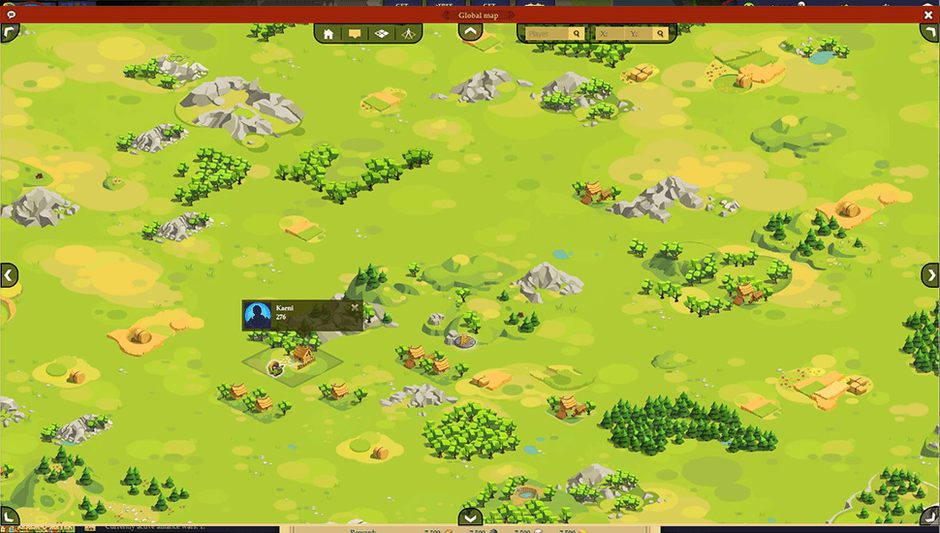 The Game of Emperors developers have also created a complex system of „Great People”. The game allows us to take control over the imperial family: its progress, marriages and alliances related to them, and order of succession after the less or more timely death of the current ruler. However, the imperial family and its behind-the-scenes intrigues are just one of many areas of social gameplay mechanics. We will also take care of noblemen (who have access to eight spots in our court), governors (appointed as managers of a province, colony or marketplace), and generals leading our brave warriors. 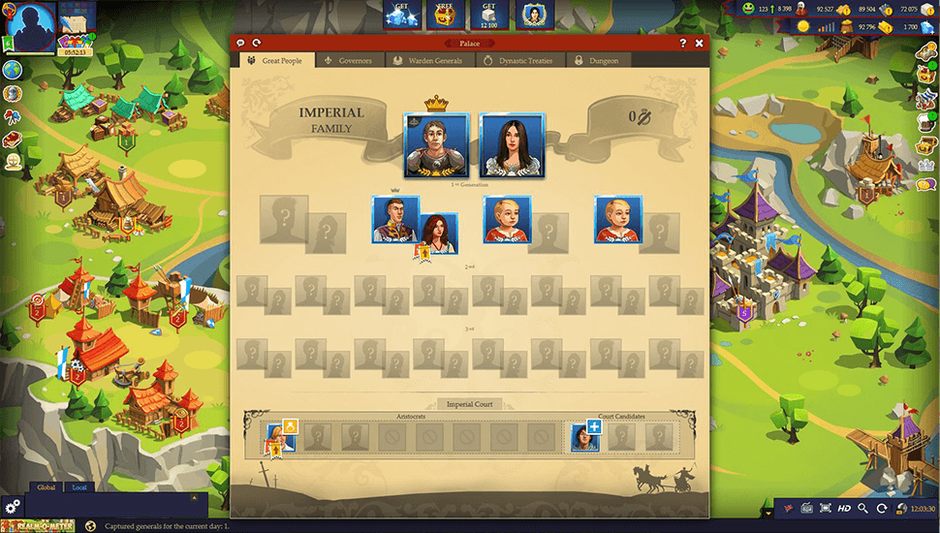 Speaking of generals, it is impossible not to mention the army itself. We gain recruits in a typical fashion by training them in the barracks (which has always been a common canon of strategy games). The effectiveness of our army depends not only on its technological development, but also on the morale system. To increase morale, we need to perform a special “war training”. Battles are divided into:

Each of the skirmishes has different requirements and rewards upon victory. Just like in Imperia Online, espionage and counterintelligence are essential factors of the art of war and must not be neglected, as they allow us to identify weak points in the enemy’s empire while preventing them from exploiting our shortcomings. 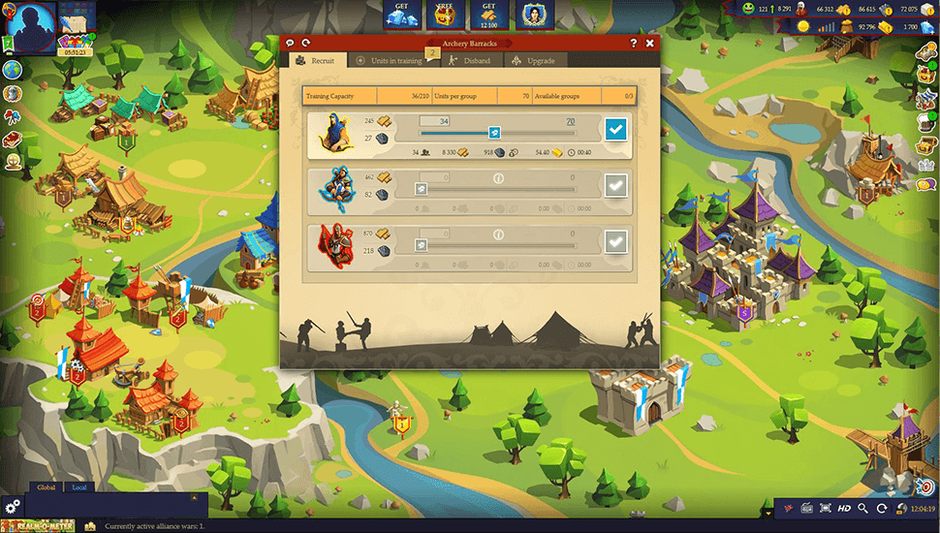 Our army will include a variety of units with their strengths and weaknesses. Among them stand fighters typical for the gaming Middle Ages – spearmen, pikemen, swordsmen, archers, cavalry and siege engines, as well as the aforementioned intelligence. The way we establish and advance our army is entirely up to us and the decisions we have made during researching new technologies. 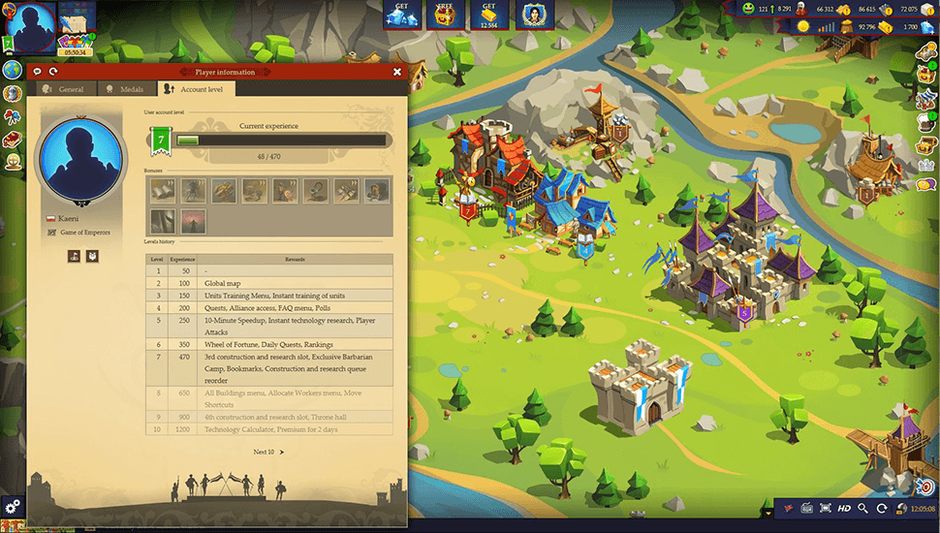 The last feature of the game worth looking into is a broad diplomacy system (which is another way of talking about the multiplayer, network aspect of the game). The creators have provided their game with alliances which work just like guilds or clans in other games. The role of the alliance, however, extends over what we can find in similar strategy titles. The alliance is divided into several roles:

When we are part of the alliance, we gain access to its assembly center, castle and vault. Individual alliances interact with each other on multiple fields, including but not limited to economy and diplomacy. 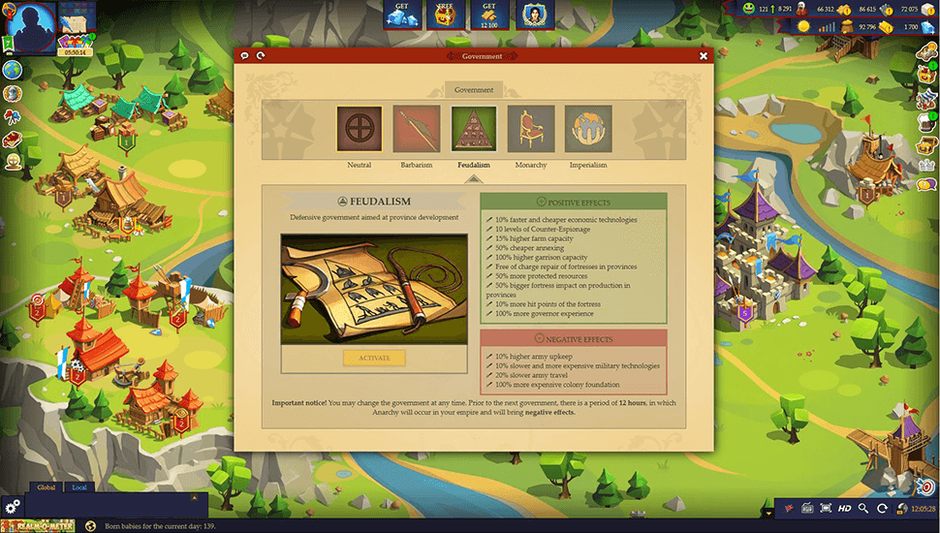 The game is outfitted with an in-game store, in which we can acquire premium currency: diamonds. Diamonds can be used to accelerate the development of our empire, but every aspect of the game itself is available without the need of paying. There are also a couple of ways to gain diamonds while playing, and the developers have made sure to not to turn the title into a pay-to-win game where paying players can steamroll those spending little to no funds. In other words, if you don’t want to spend your money for the game, you will only need a good dose of patience to succeed. 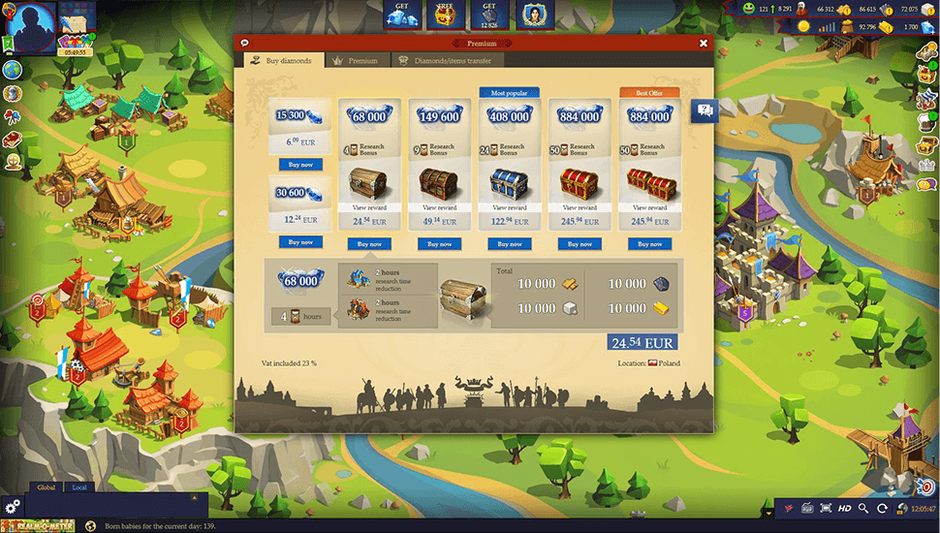 Game of Emperors is a perfect choice for every strategy and economy games enthusiast, especially those interested in more realistic aspects of gameplay. Pleasant visuals, intricate mechanics, a plethora of customization and development options are a good guarantee of hundredths of hours to fun. Are you ready to become the one and the only emperor? Try yourself today!

Good tips for a good start: