Cars, ramps and a lot of freedom in performing tricks - what more do you want? These elements are in abundance in GTR Drift & Stunt. Drive a sports car and perform spectacular stunts, gathering points and scoring the highest score possible, either for your own pleasure or as a part of rivalry with friends sitting next to you.

GTR Drift & Stunt was developed by Fuego Games studio. The game allows us to drive a super-fast car and perform various crazy stunts. The title is available through a web browser, as well as on Android-based devices. 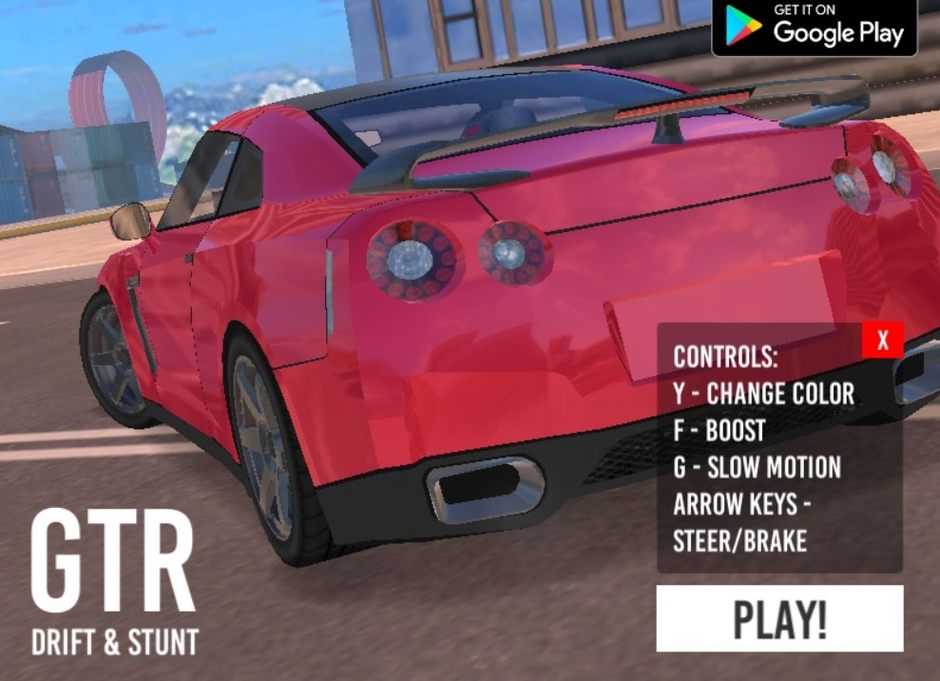 After beginning, we can familiarize ourselves with the controls and start the game. It takes place on a map depicting a small town, filled with various elements designed for stunts - there is no lack of ramps and loops. Our task is very simple - perform various tricks to reach the highest score possible. Points are awarded, for example, for jumps and spectacular drifts. All this, of course, must be done "clean". If we do not succeed, we will not receive any points, and it is possible that we will damage our car. Fortunately, the car can be easily fixed by clicking the appropriate option in the menu.

Driving model in GTR Drift & Stunt is rather arcade in nature. During the game, we can choose how we want our car to behave. One setting makes it easier for the car to drift, and the other increases traction and thus makes it easier to do other stunts.

Our car is equipped with nitro. Once activated, the cars accelerates significantly. In addition, you can activate time dilation, which makes it easier to use ramps or loops. 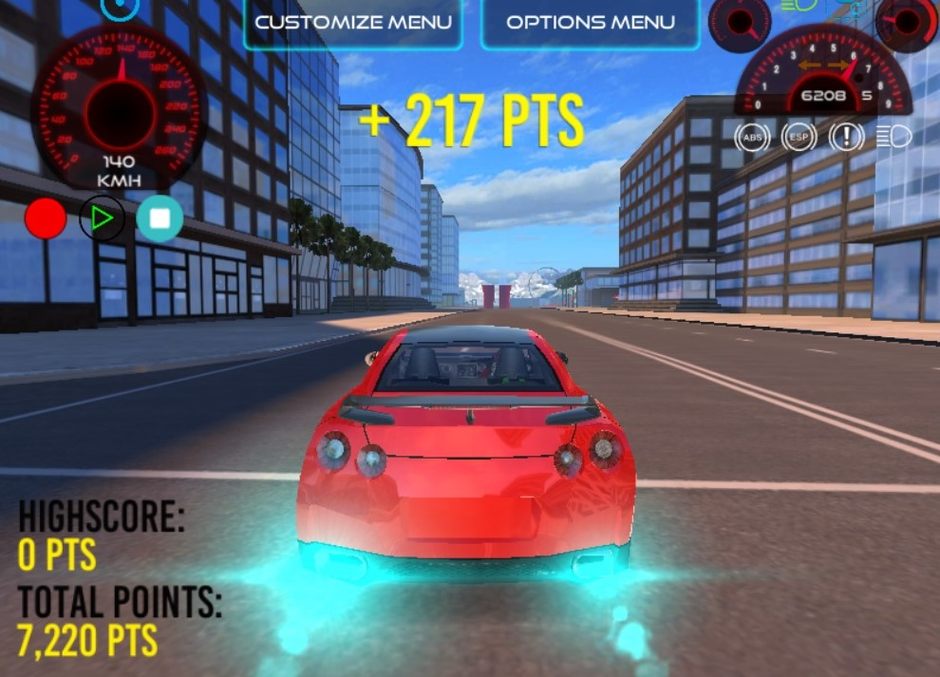 If at some point we decide that playing GTR Drift & Stunt is too easy, we can customize the gameplay – set the maximum speed of the car, turn off boosters, or configure the control aids. In addition, there are options to customize the appearance of the car to our preferences. We can change its color, the appearance of the wheels, the color of the smoke coming out from under its wheels and the nitro flame, etc. Each time we can save our settings and load them at the appropriate time. 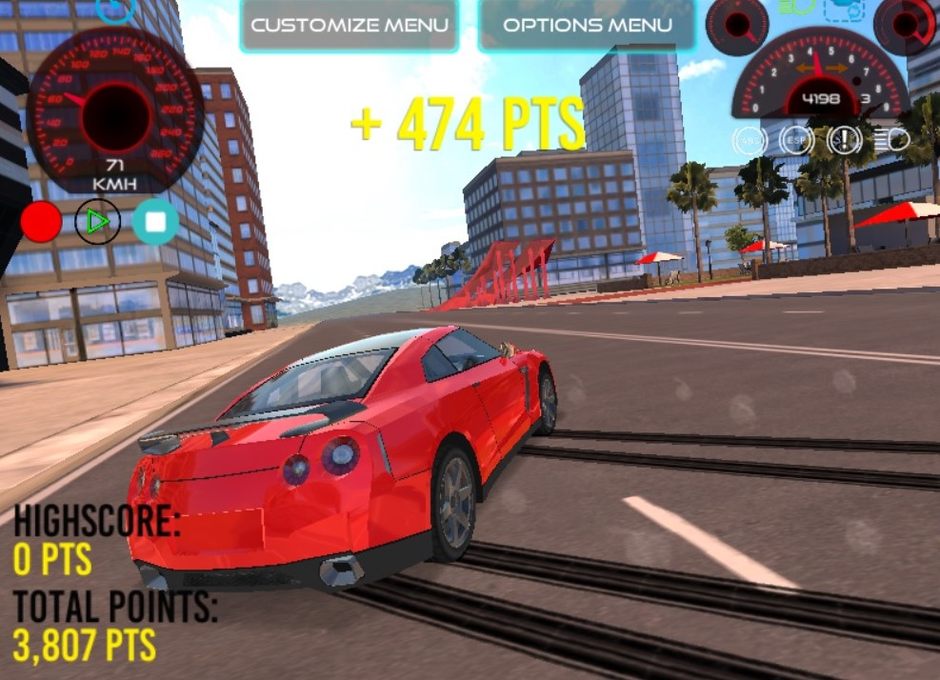 GTR Drift & Stunt is based on the Unity engine. The title boasts simple, but pleasing three-dimensional graphics that maintain a realistic tone. During the game, we do not hear any music, only the sounds produced by our vehicle.

In summary, GTR Drift & Stunt can appeal to people who like cars and stunts made with them. The featured driving model and a variety of configuration options can provide hours of successful, completely non-binding entertainment.