The kingdom is in danger! Assume the role of King Donuttan III and save your subjects, ally with brave heroes, and face dangerous foes during combat based on arranging multi-colored sweets, similarly to the Bejeweled or Puzzle Quest series. Hundreds of levels are waiting to be completed.

Heroes of Match 3 is a logic game developed by Clever Apps studio. Its action takes place in a magical land inhabited by various sweets, ruled by King Donuttan III. Unfortunately, his domain has been invaded by various unpleasant creatures. In the face of danger, the ruler is forced to embark on a long journey, the purpose of which is to eliminate the forces of darkness. His multicolored, sweet subjects will help him in his mission. 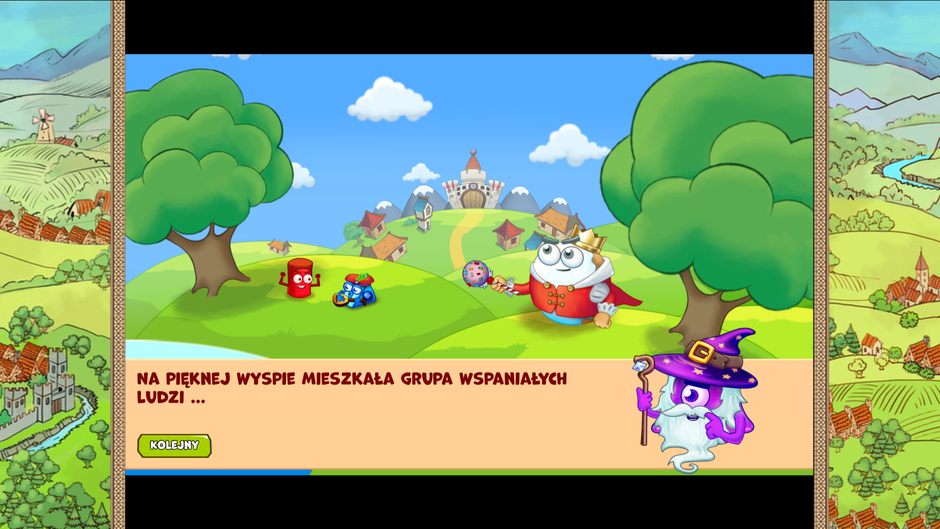 While playing in Heroes of Match 3, we assume the role of the aforementioned King Donuttan III, who takes part in hundreds of skirmishes against dangerous opponents. They are conducted in a manner somewhat reminiscent of the well-known Puzzle Quest series. During the battles, we find a board full of different-colored snacks (white, green, blue, purple, brown and red). Our task, similarly to the Bejeweled series, is to set them in such a way as to create a line consisting of a minimum of three sweets of the same color. When we succeed, we deal damage to the opponent marked with the given special, and they themselves disappear from the board. When we knock down the enemy's health to zero, then he is defeated. When we eliminate everyone, we win the whole battle. However, we must be careful, because our king also has a health bar, which the enemies deplete after each successful move. Then we too can be defeated. When this happens, we have to repeat the level and lose one life. In the initial stages there is an infinite number of them, but later the loss of all lives means the need to start the game again.

As the game progresses, things get a little more complicated. The layout of the boards change to a more refined one, moving fields are added, boxes and bags appear, which we can remove only when we manage to arrange a sequence of sweets near them, as well as flies blocking specific elements, etc. From time to time, the rules also change. To deal damage to the enemy, for example, we will have to destroy the bushes (we do this by removing the elements located on them) or open the boxes by eliminating the specified number of specific sweets from the board. 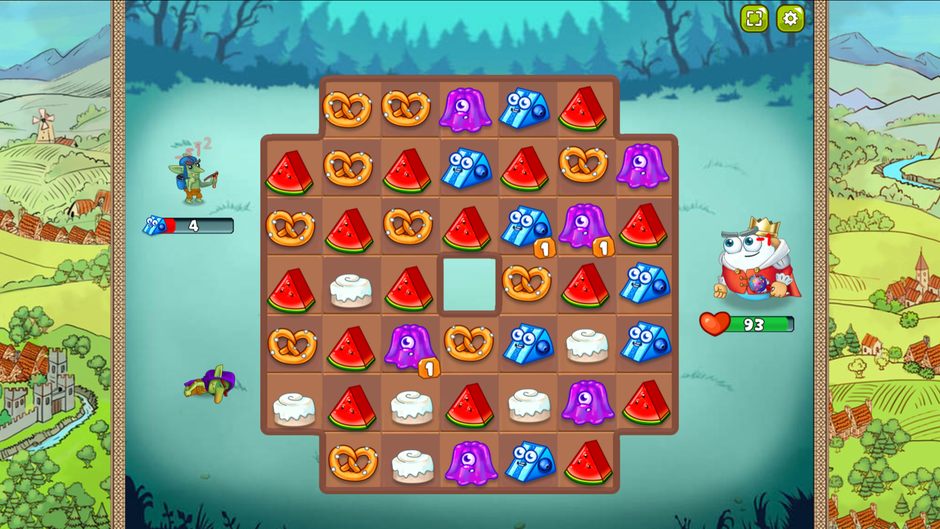 Fortunately, with the next levels, there are also some facilitations for us. By performing an impressive combo, we increase the value of the elements, so that we increase the damage they inflict. In addition, when we arrange a sequence of sweets consisting of four tiles, we can summon heroes of a certain color, unlocked in the play area, who have various skills activated when they become part of the next line. For example, the red hero destroys all the snacks in the vicinity, and the brown one takes a shot to eliminate an item on a random field. In turn, if we manage to create a chain of at least five identical sweets, then we create the so-called Magic Orb. When we replace any sweet with Magic Orb, then we destroy all sweets of this type located on the board and deal huge damage to the enemy.

Depending on how well we did on a particular map, the game can reward us with one, two or three stars. They fall into one pot. After collecting the required amount, we unlock the chest in which we can find coins. These we can spend on additional lives or instant summoning of a particular hero, without the need to set four sweets in a row.

Heroes of Match 3 offers a strongly cartoonish graphic setting that gives the whole story and gameplay a fairy-tale atmosphere. In addition, the music is also kept in the fantasy style. 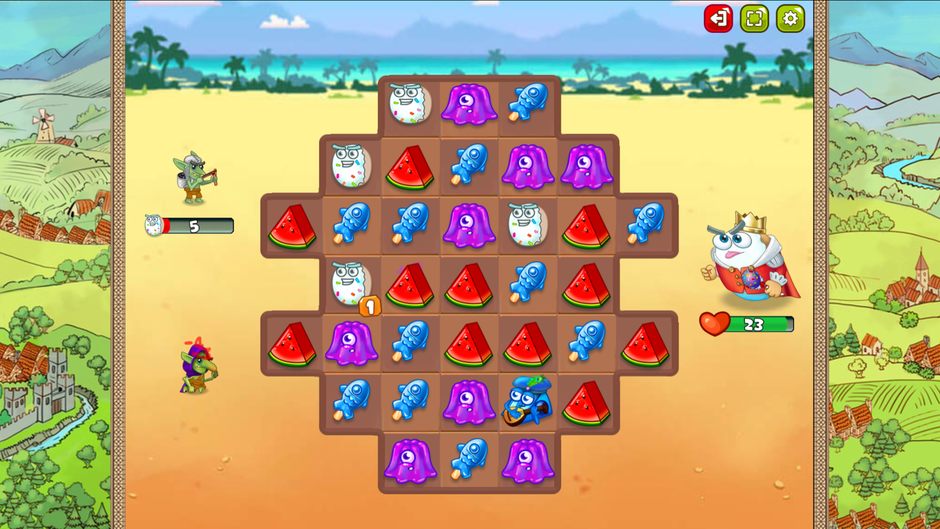 So if you like to immerse yourself in magical worlds, and gameplay in the style of Bejeweled or Puzzle Quest series makes you happy, then Heroes of Match 3 should be the ideal position for a pleasant afternoon or evening. There are a lot of opponents to defeat, and it should be noted that the Clever Apps team is working on new levels, so even if we manage to complete all the boards present in the title, this is an excuse to return to it in the future.