Create your interior in this mobile game!

Welcome to Home Designer, a mobile puzzle game presenting the vast world of interior designing. This game, developed by Tamalaki studio, is an interesting combination of match-3 puzzle games and a building sim, where your aesthetic sense will have an impact on the campaign. You have to take our word for it – the game is incredibly addictive!

The tutorial explains the basic gameplay mechanics in an accessible way, as well as introduces us to the overall story. However, the plot isn't that important. What matters most is the gameplay... and can it can really be addictive. As I mentioned, Home Designer is a title that perfectly combines mechanics of match-3 games with economic elements known from simulators. The game's setting is also interesting since it focuses on interior designs, a rather unusual topic for electronic entertainment. 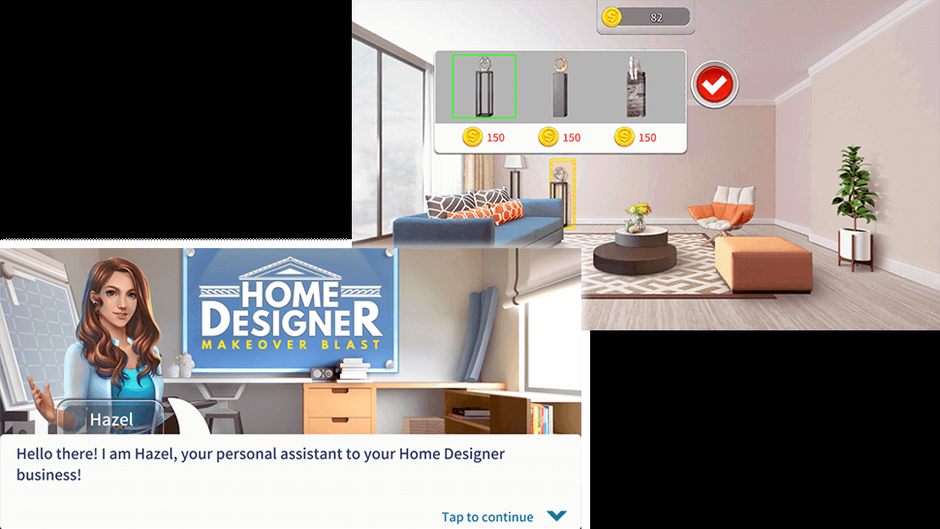 The game offers dozens of different levels: living rooms, kitchens, bathrooms, dining rooms, bedrooms and all their variations – they can be found in the various in-game estates. Each level has also different requirements – to complete them, we have to beat the "logic" levels (more about them below). 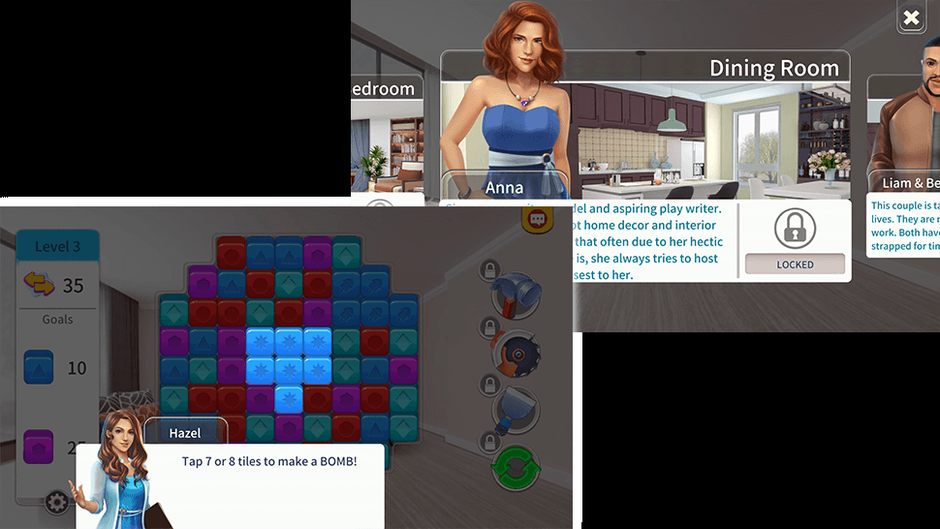 As for the gameplay itself, it uses a more complex match-3 mechanic. The player's task is to get a certain number of blocks with a limited number of movements. We get them by destroying blocks consisting of three or more tiles of the same color. Of course, as the game progresses, we will discover new tools, such as a hammer, spatula, saw and even bombs and magnetizers. However, this doesn't mean that the gameplay will get simpler. As we progress, we will discover all new obstacles and puzzles – this certainly increases the complexity of the game! As you can see, the seemingly simple mechanic hides really thoughtful gameplay. 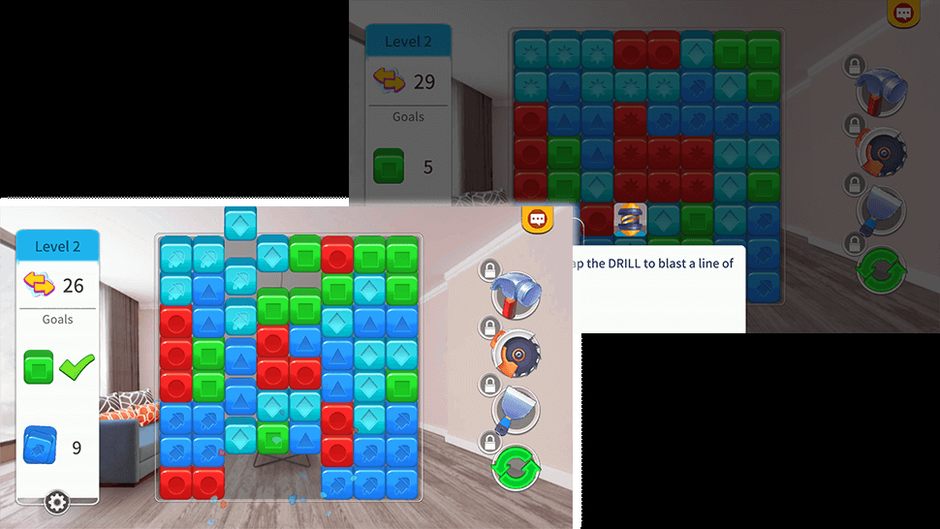 Each completed level rewards us with virtual dollars that we can spend on furniture and equipment for the premises. Here, the only limitation is our imagination... and the number of items prepared by the developers. There is no correct way to decorate the space and the game doesn't impose any restrictions on us. It is up to the player and their aesthetic sense to complete the tasks given by the NPCs. Moreover, the developers have prepared two currencies, that is, the mentioned dollars and "diamond tears", which allow you to speed up some of the gameplay mechanics. They are harder to obtain but the game has various methods in which you can get them without spending real money, for example, as the daily rewards. I recommend saving them for the later stages of the game! 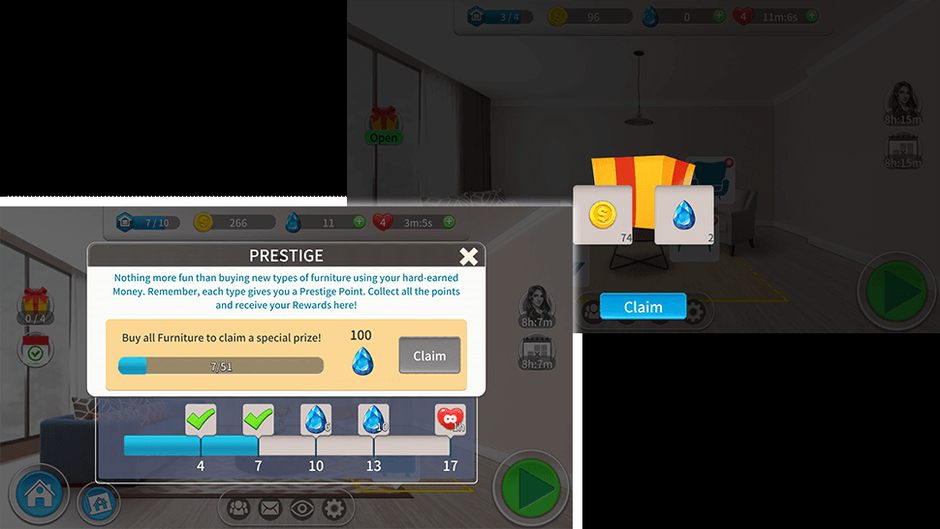 Home Designer is a great casual game that can serve as a break from everyday affairs – the game isn't only for fans of interior designs! Addictive match-3 gameplay is perfectly combined with the economic mechanics, so even after long hours, the game doesn't get boring. Home Designer is available for free on all mobile devices (both Android and iOS). Are you ready to test your architectural skills? Try it today!