Imperial Hero is a story-based browser game, that brings to mind the classical representatives of this genre. Create your character and hit the road looking for adventure full of dangers, monsters, bandits and great trophies!

After logging into the game and creating your own avatar, we will be welcomed by non-invasive tutorial, which allows you to familiarize yourself with the basic game mechanics like: missions, travels, fight, distribution of attribute points, skills and acquiring and improving our character’s equipment. The tutorial is worth acquainting yourself with due to the extensive game interface. The game mechanics themselves resemble those prevailing in paper RPGs! 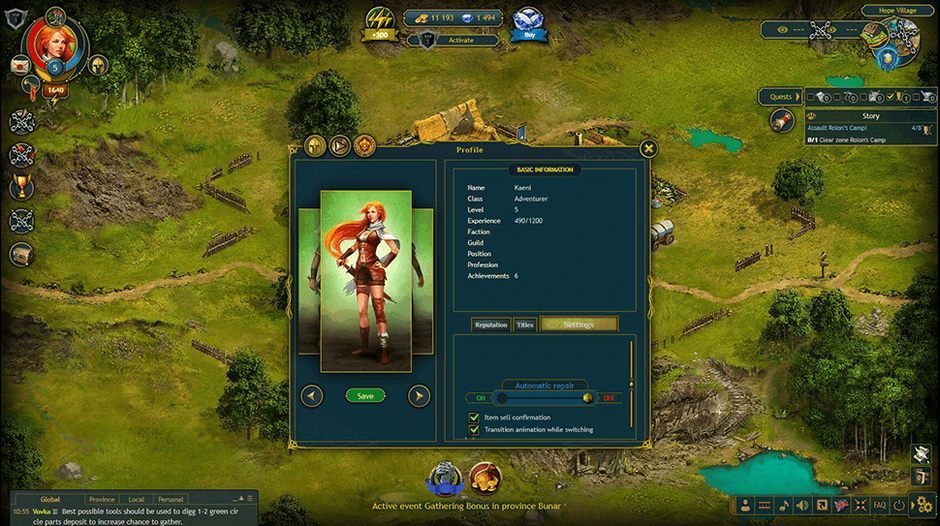 During the tutorial we will accomplish our first missions, which will be a basic form of gaining experience point by our character. We receive missions in various places in particular provinces. Important quests (the story-based ones) are available in places marked with golden exclamation marks. Their completion ensures the fastest character development, valuable trophies and equipment which will boost our statistics. To make game a little bit easier, developers prepared an automatic questlog, which while clicking on given task, starts a journey to the place of the mission. You will learn about the equipment itself a bit later. 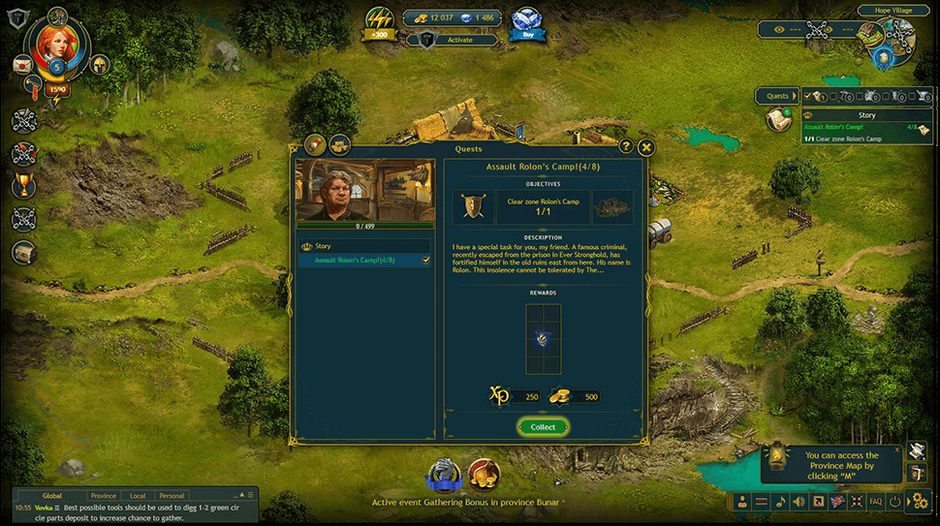 Together with the acquired experience levels you will receive attribute and skills points. Their reasonable distribution is a crucial to succeed in the battle. Attributes available in the game are:

Skills point can be used for both active and passive skills’ improvement, which create our character archetype. However, do not worry. To slightly improve the system, developers allowed players to reset all used points, so that everyone could find their favorite style of play. 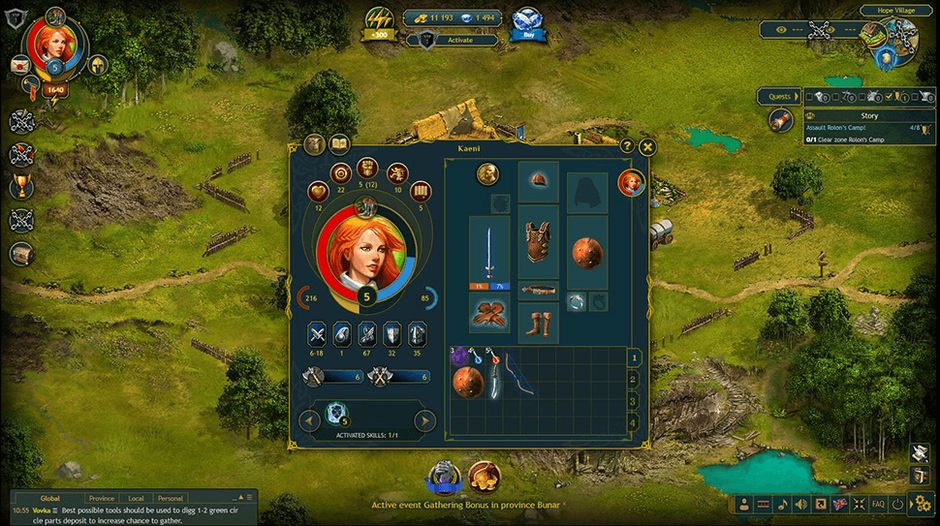 The world is divided into 33 provinces with different characteristics and unique enemies and over 500 battle zones. Movement between missions is done automatically (automated questlog mentioned above), however there nothing stands on the way of exploring the game world on our own while fighting with thousands of enemies. 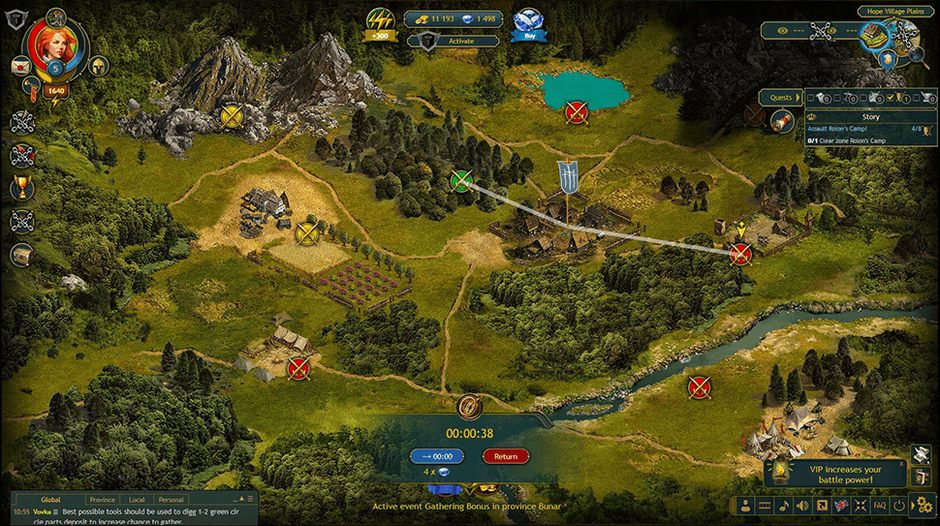 The fight itself takes place in an automatic turn-based system combined with the randomness of the numbers, which may reflect the mechanics known from paper RPGs (dice throws). Because of this it’s so important to carefully distribute attribute points and skills. In addition, as the game progresses, more characters will join our team to support us on the battlefield. The combat interface itself consists of a main panel at the center of the lower beam (where we will start or stop the fight, change its speed and check the incoming waves of enemies), the team members panel on the left and the mixture on the right. Winning the fight gives us rewards in the form of gold, equipment items and potions. 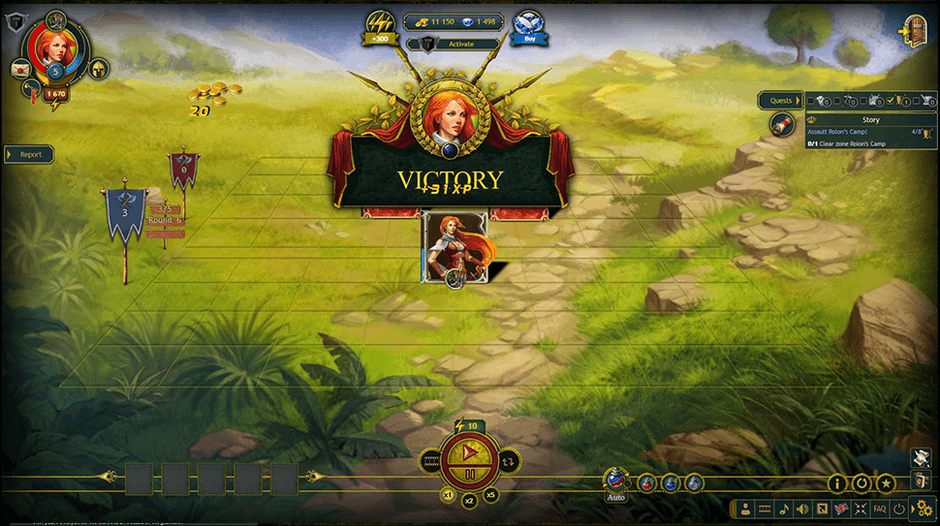 It is necessary to mention the equipement and the parts of it worn by our avatar. In Imperial Hero, we find not only weapons and shields, but also armor, helmets, gloves, belts, shoes, capes and jewelery! Of course, one of the goals of the game is - as in modern RPGs - to get more and more powerful items that improve our hero's statistics. We will also use crafting system to improve our weapons. 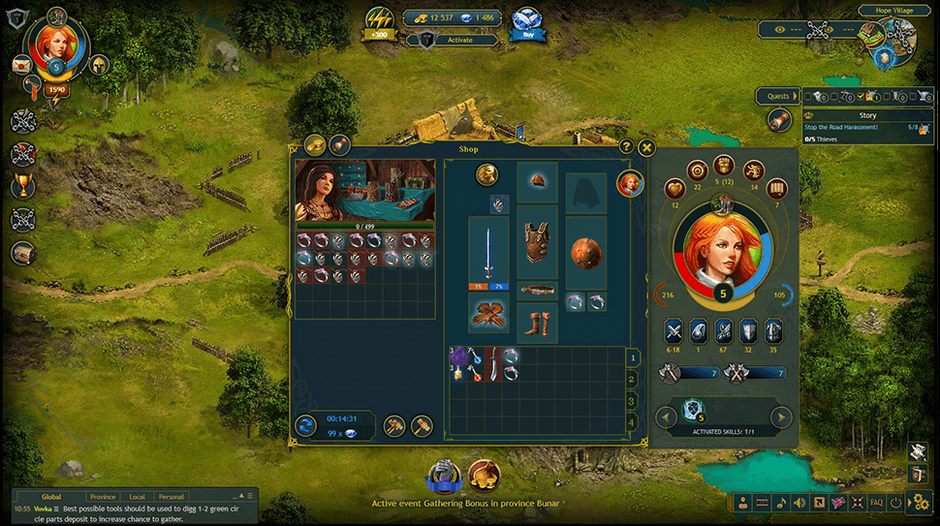 The developers have also prepared a number of side activities to further influence the immersion in the game. It is the aforementioned expanded crafting, where we can improve our items, a guild system that performs social functions, PVP Arenas, where we will fight with real players and the "Trade" tab, where we will get rid of unnecessary equipment. 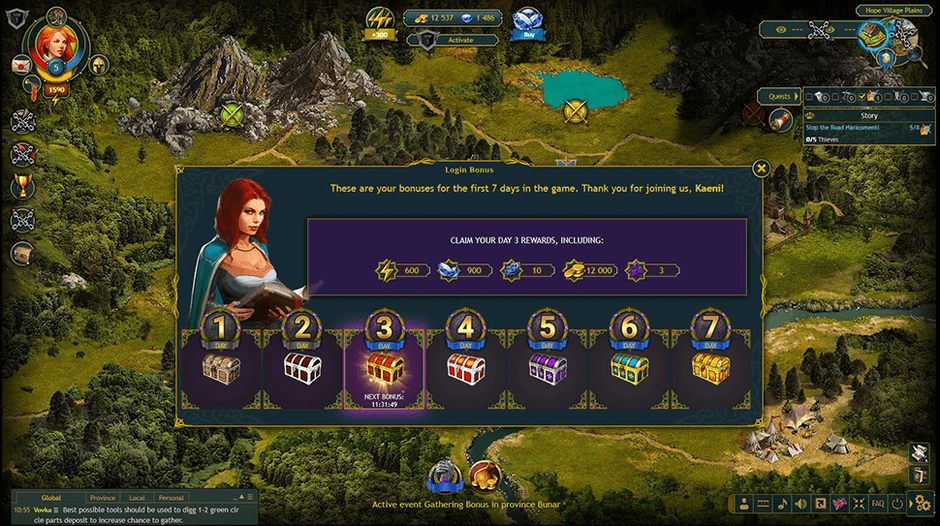 Due to the free-to-play model of the game, we will also find a premium store in which we will buy diamonds. We can use them, among others, to buy energy points, items in the temple, shorten travel time, for better quality craft tools and others. The game, however, is not Pay2Win in any way, because the bonuses available for diamonds are only a partial acceleration of what we can get by arming with a little patience. 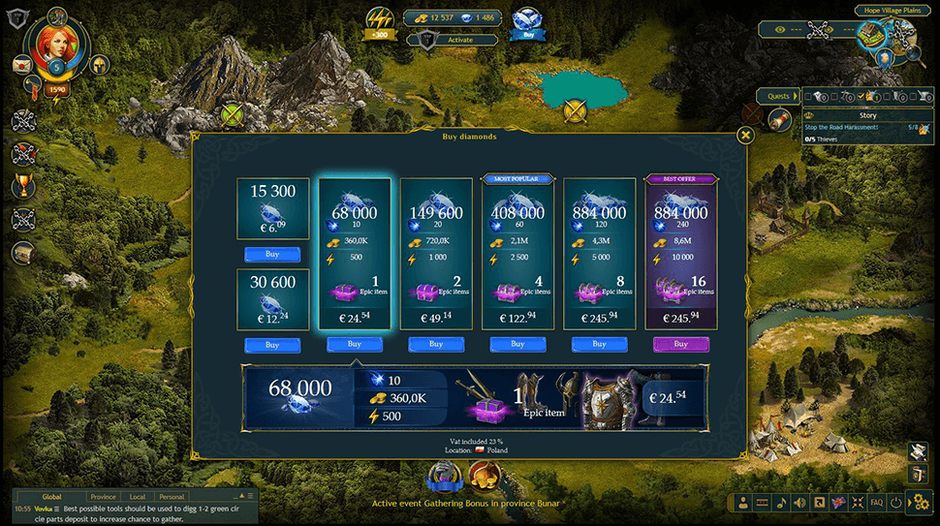 In summary, Imperial Hero is an extensive role-playing game reminiscent of classic paper RPGs. The extensive character development system, thousands of items to acquire, missions to perform and a large map to discover makes this title a great choice for all fans of this type of production. It is also worth mentioning a very atmospheric soundtrack, which will additionally allow us to "drown" in the world of the game. Create your warrior and see for yourself!

Useful tips for the start of the journey: