Make your own empire!

Welcome to Imperia Online – strategic browser game, that will let you travel back to medieval times, where you will choose the fate of the world with other players. Build an empire, be the leader of tremendous army and dominate your enemies!

Imperia Online is the economic-strategy browser game that let’s us create our own empire and take control of its fate. Expanding your own city and maintain economic grow aren’t the only mechanics – creators of this game prepared complex systems such as: military, diplomatic system, as well as… Social, that will be described later. 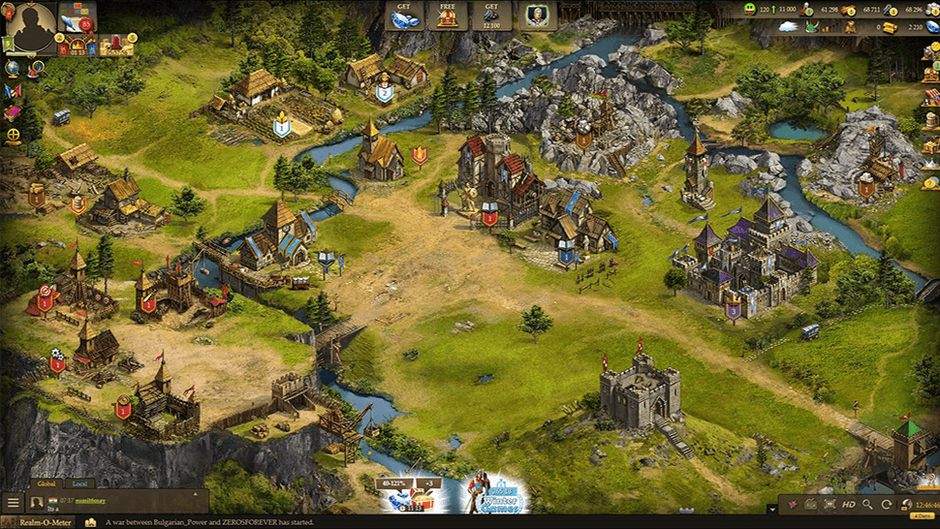 Resources are the very core of our empire and this aspect is described in short, intuitive tutorial. Their accessibility and “stock level” will decide about building new workplaces, improving present ones and researching new technologies. The resources are: wood, iron, stone, gold and premium currency – diamonds. Fast developing of sawmills, quarries and iron mines is the key to success in early stages of game, so it’s important to focus your forces on industrial development. 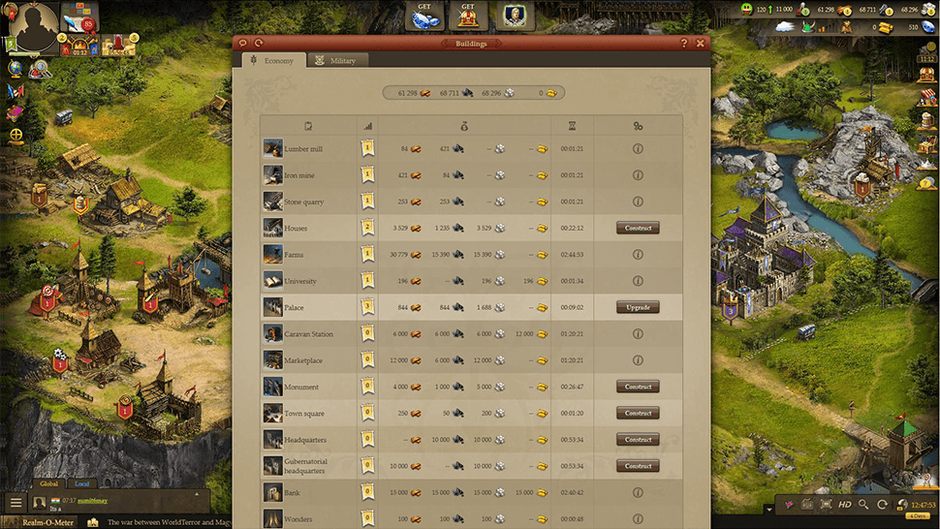 Even more crucial economic aspect are – of course – people, because without them things like extracting resources, expanding city and strengthening our army are impossible. Managing your people is not an easy task, you need to be sure that the population growth is balanced (in other case, you will fight the issues of homelessness, causing the downfall of your people’s morale) and you provide to their happiness (dissatisfied population will leave the city, rebel and block your resources extraction). Be sure to introduce friendly taxes, advance universities, build monuments and maintain you image as a righteous emperor (even such small details can influence entire success)! 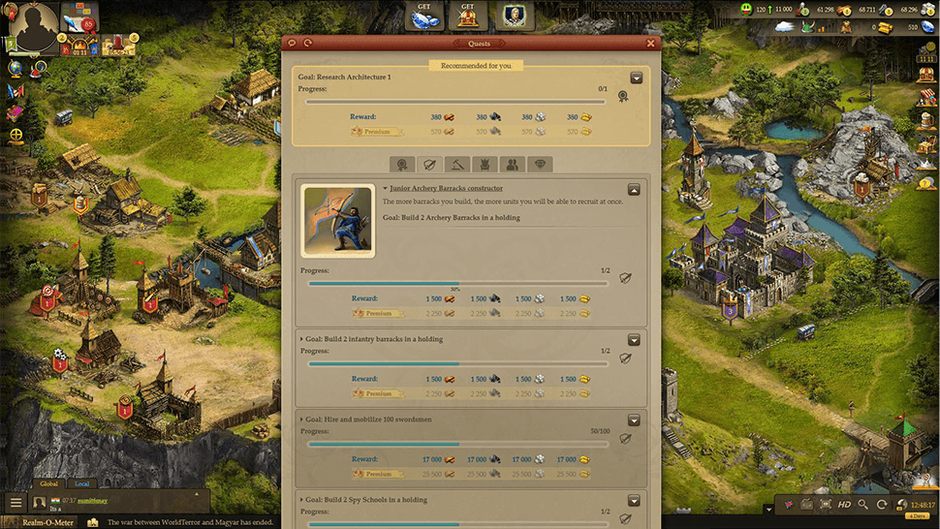 We cannot forget about game world map, divided for different sections (besides our empire and “exlusive area”), including:

Players can also annex the next provinces, enter vassal relations, and create his own colonies and war bases, which will be a component of the their empire. 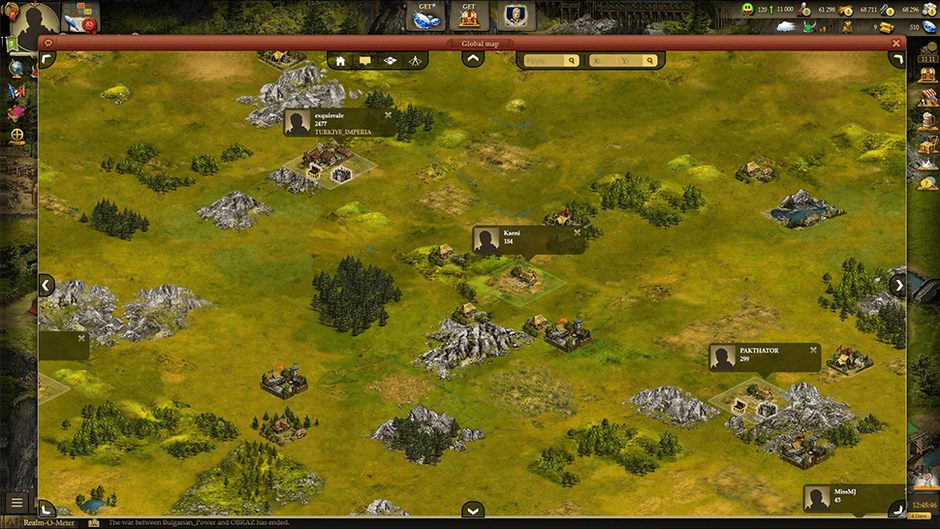 Imperia Online’s most interesting feature is “Great People” system. Creators are describing that medieval society was organized by “castes”, with elites standing above all and player leading the great royal family. Royal family can be raised to great heights with right balance of development and even decisions such as choosing the heir to the throne after death of previous emperor! Furthermore, Imperia Online offers detailed system of marriages and alliances tied to them. Besides royal family, we can decide social fates of noblemen, provincial governors and even generals. 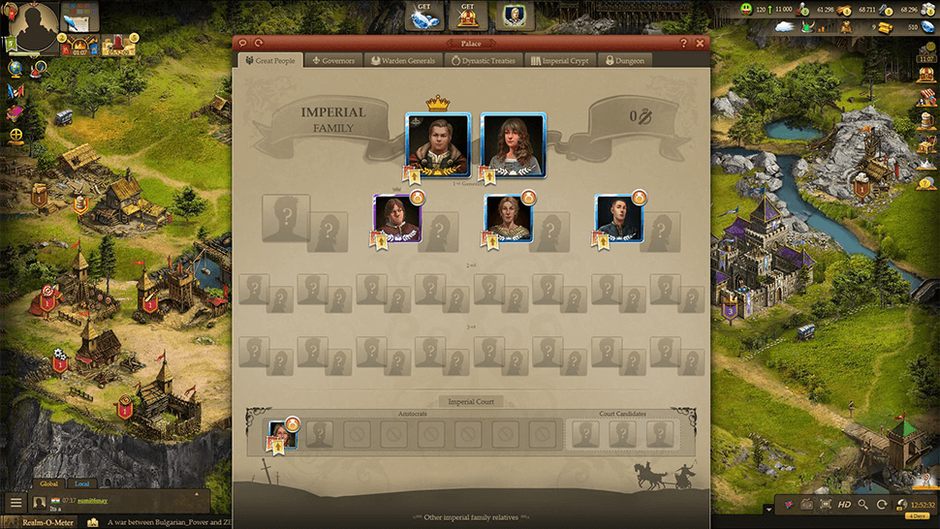 To conquer new lands and gain wealth, army is most necessity. You can recruit and train new soldiers in barracks. Troopers’ bravery depend not only on city growth but also on their morales increased by researching boost called “military training”. Battles are played on different stages, like: sieges, battlefields and plundering. Every skirmish is characterized by different requirements and different fighting formations. Essential aspect of the art of war are espionage and counterintelligence. They allow you to search for opponent’s weak points and stop enemies from getting ours. 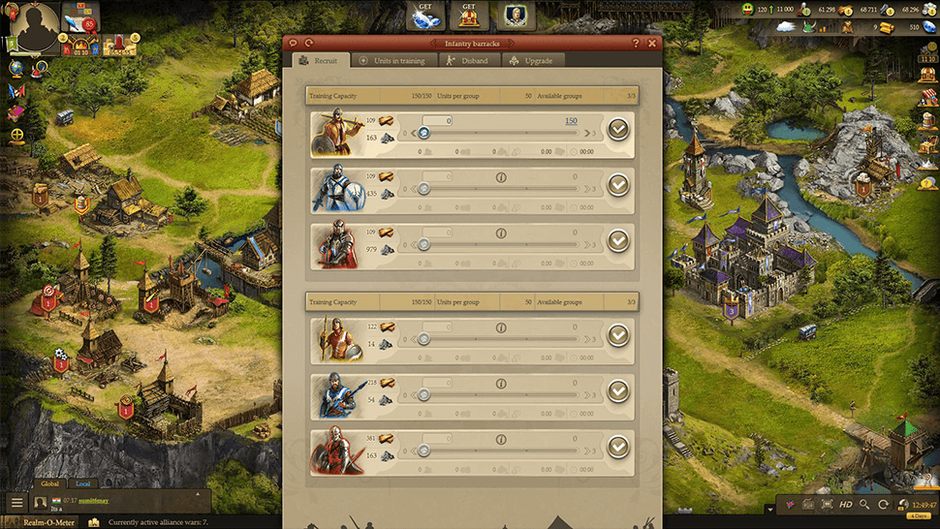 Our army will include various units with their strengths and weaknesses. We can choose from wide gallery of soldiers, like: spearmen, pikemen, swordmen, archers, cavalry, as well as siege engines and previously mentioned spies. It’s to player’s decision how he will expand his army and which formation will be used in each battle. Army growth depends on the population available in the empire, which is why it is so important to take care of its constant growth. 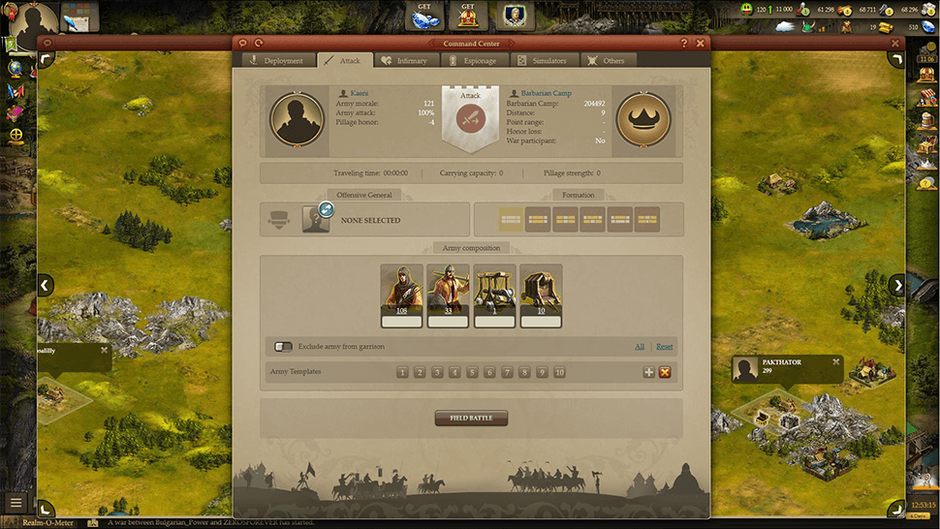 There is no strategy game without diplomatic element. Creators of Imperia Online prepared an interesting alliance system, which works similar to guilds and clans known from other games but its role is far more important. Each alliance has its own structure, divided into roles (leaders, officers and common members), assembly center, castle and vault. Alliances can enter into a series of both economic and diplomatic interactions. 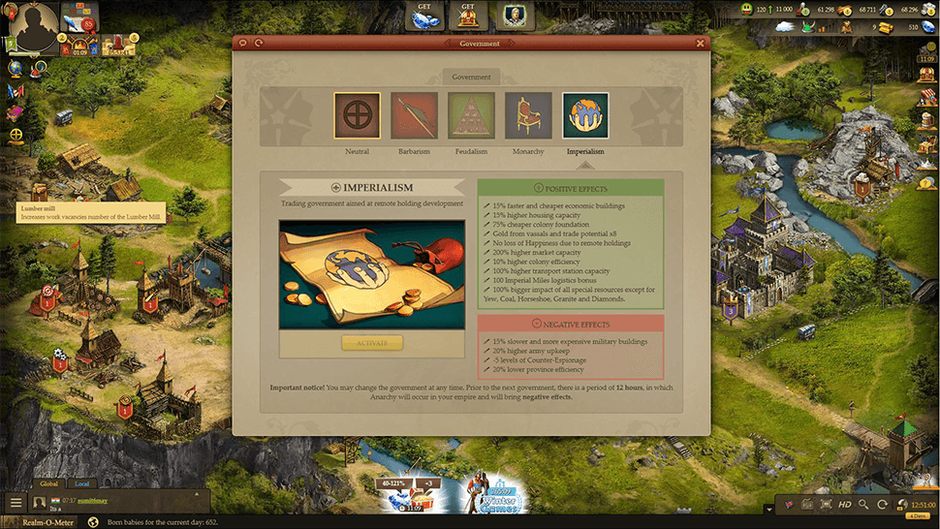 Due to game being free, we also find a premium store with aforementioned diamonds. Diamonds will help and speed up the process of expanding our empire - however all elements of the game are also available without them. What's more, creators provide us with free activities in which you can win diamonds – so there is no case of Pay2Win model, where paying players dominate over free players. Of course, diamonds provide faster development, but we can do everything without spending a "buck"… All with patience! 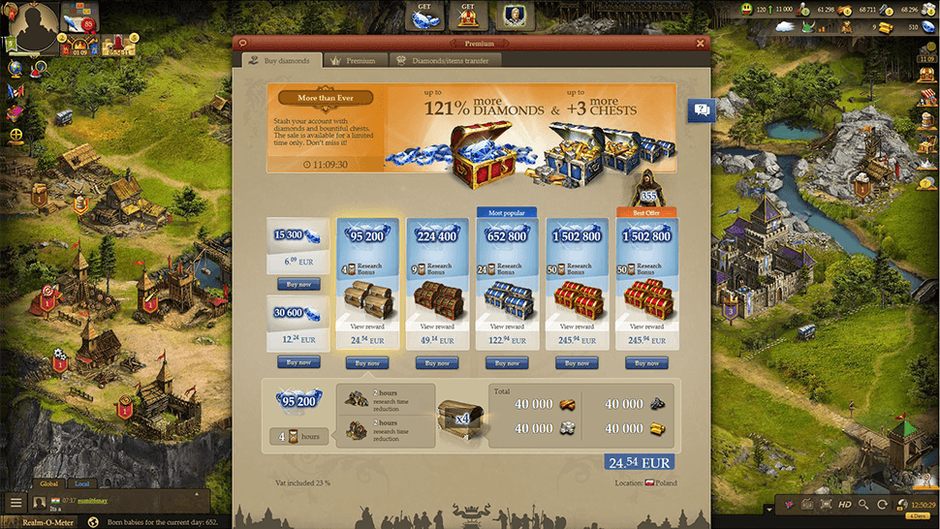 Imperia Online is an incredibly advanced strategy game that lays great emphasis on realism. Great multitude of mechanics could embarrass many client’s game. Imperia Online is an excellent title for all home-based strategists and diplomats: graphics are pleasing to the eye, game lacks Pay2Win model and shows huge complexity. Those are guarantee of great fun for dozens or even hundreds of hours!

Here are some tips that will help you at the beginning: