Year 2025, Dystopia, two fractions - North Atlantic Forces (NAF) and Energy Development Enterprise Network (EDEN) are engaged in conflict for last natural resources on Earth. You will chose one of the sides to lead your team to dominance on varied battlefields. Ironsight is packed with action FPS, which does not give you a moment to breath… when you leave the lobby of course!

Ironsight is second (after Wolf Team) First Person Shooter realesed by Aeria Games, which is best known from Anime-styled MMORPG games. New child of Wiple (game producer) seems to be a fresh setting in Aeria catalog. Futuristic maps, drones and technologicaly advenced weapons are something common here. With exact help of these modern weapons you will compete with the players all over the world. 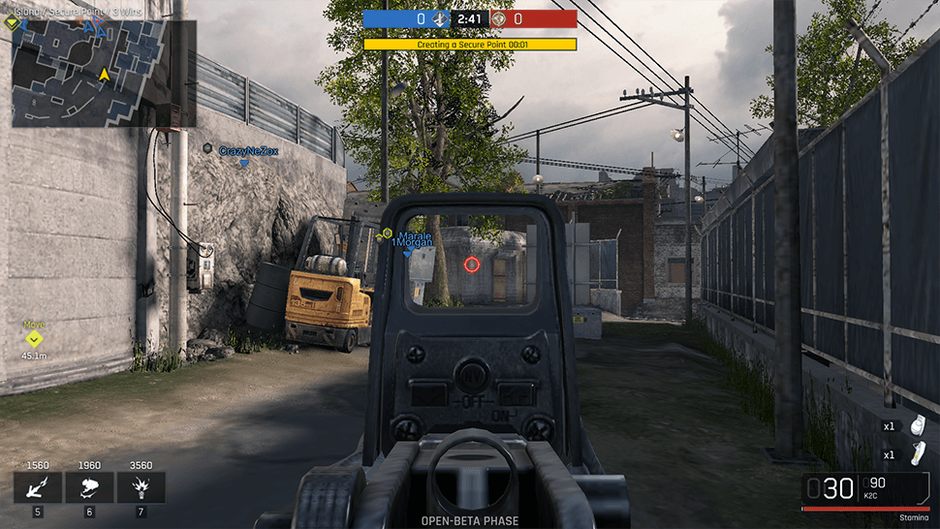 After starting a game you will be placed in game lobby welcomed by prize screen, which we get for everyday logging in. If you don’t have time to play on the particular day – do not worry. Logging in is enough to earn the awards! Second thing which you will see is regular lobby ofcourse. There are a few bookmarks on the left, where we can change ours hero appearence, create own loadout matched to our playstyle, which makes us play exactly how we want to. On the right side you will see in-game currency - the free one and the paid ones, which are used to purchase new outfits and weapons (and – what is important – repairing the second it). In the middle we got the most interesting button. It’s PLAY ofcourse. 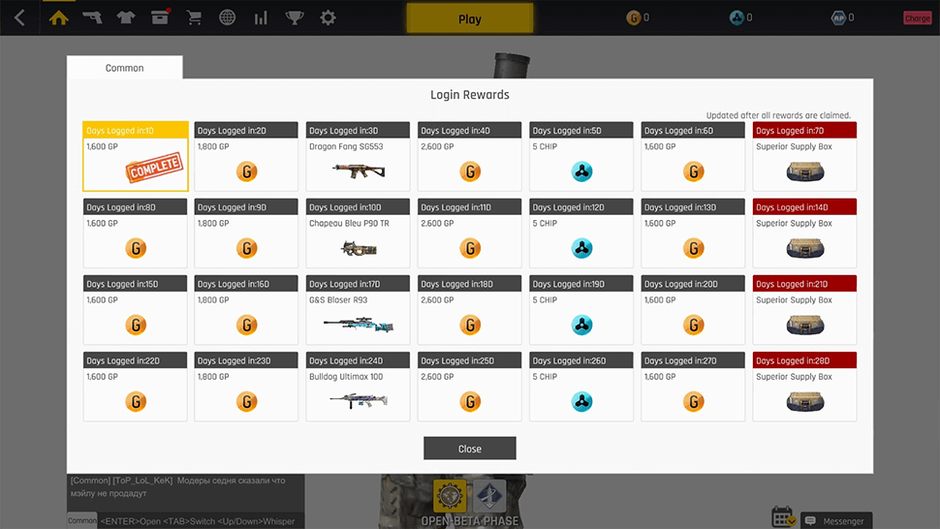 If we decide to play immediately (skipping futuristic war trendsetting part) Ironsight will offer three types of gameplay: tutorial (mission) + deathmatch against AI (Easy and Hard), normal game and ranked game. Last one is – obivously – intended for Ironsight „war veterans”. It’s the best to start adventure with games against AI, because we will learn gameplay basics, mechanics and game physics here. Physics, which is somewhat FPS domain, is a key matter here! Learning the hitboxes and usage of specific weapon is a must to finally celebrate the victories on various maps. When we fill ready – it’s time to play with real opponents. It’s PVP time. 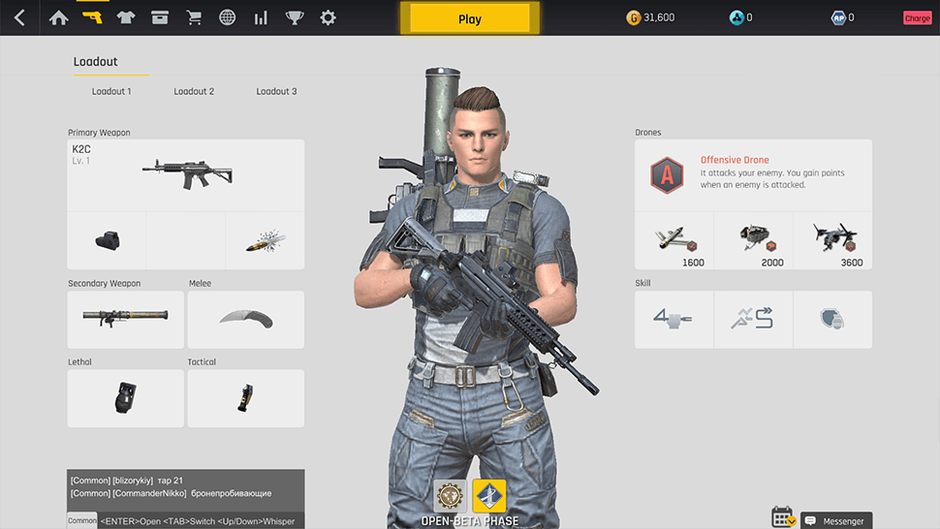 Here starts a real fun. Ironsight will assign us to one of two teams - North Atlantic Forces (NAF) lub Energy Development Enterprise Network (EDEN) with purpose of dominating a battlefield. If it comes to battlefields, there are 14 of them so far, which means we won’t get bored with seeing one and the only one all over again. Moreover Ironsight offers destructible, diverse terrains dynamic weather system. Be ready for the situation, when mist will be so thick, that it will be way harder to seek and destroy your target! Because of the futuristic setting we also have access to not common weapons like drones for example. 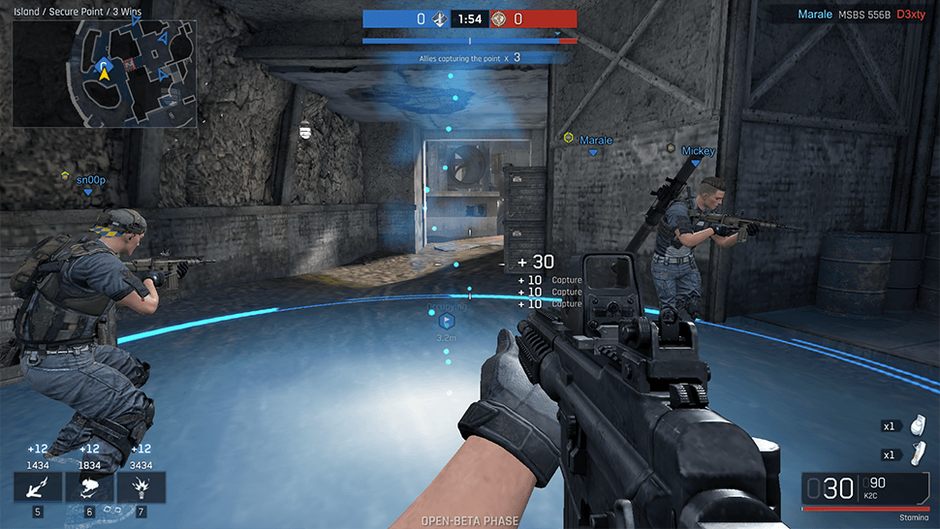 As far as learing the maps and coping with the odds on them is very important, inasmuch key thing are unique weapons and there are more than 100 of them. Every single one differs with damage dealt, accuracy, recoil and shooting speed. Learning weapon pros and cons requires a lot of skill after hours and hours of training. However game does not throw us at deep water at once. To gest, test and master new weapon, we have to visit... 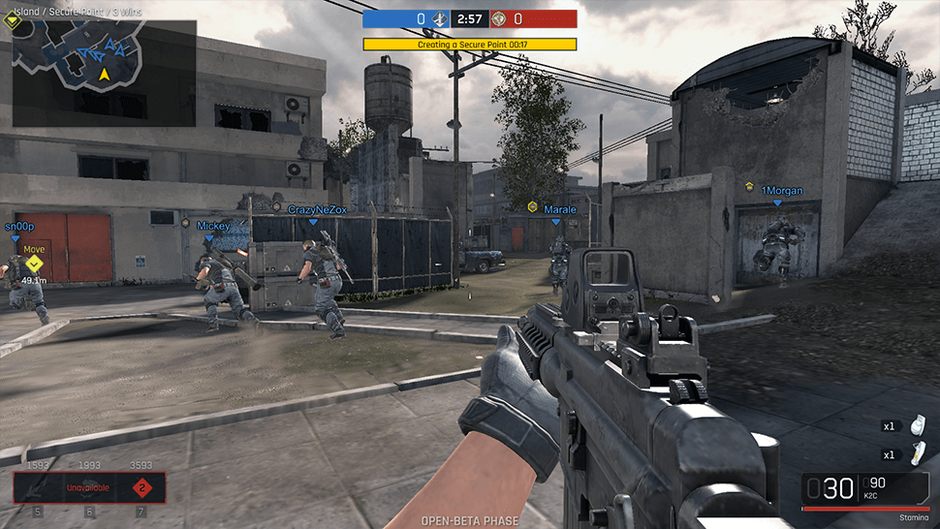 …game market first. Game market offers a lot of stuff, which allwos us to adjust gameplay to our preferences. We can but almost every single equipement part with in-game currency obtained for everyday log-ins, passing new missions and simply playing in matchmade mode. What is important - there is no Pay2Win here! For earned „money” we will buy not only pistols, knifes and granades, but also cosmetics changing appearance of our fighter. Progress is gradual and well balanced. 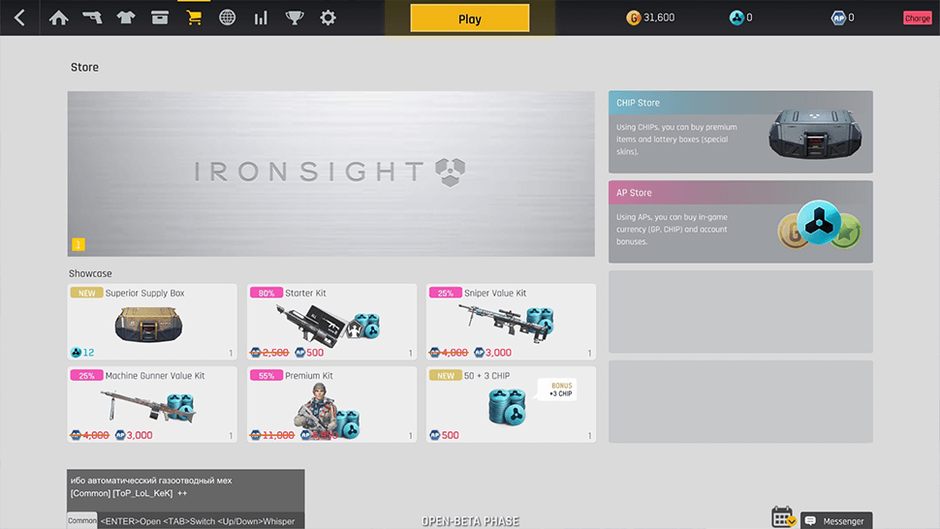 Ofcourse, like it use to be in F2P games, there are two additional currencies for extra content. First one are CHIPs, second one is Aeria standard AP. Both of them are switchable, and we can buy GP for them and that’s the reason how we want to spend our money for in-game items. For premium currency we can mainly buy skins, which aren’t obtainable with GPs. However – what is most important – we can get every single weapon with basic skins for regular currency only and it depends only from time we devoted for the game. 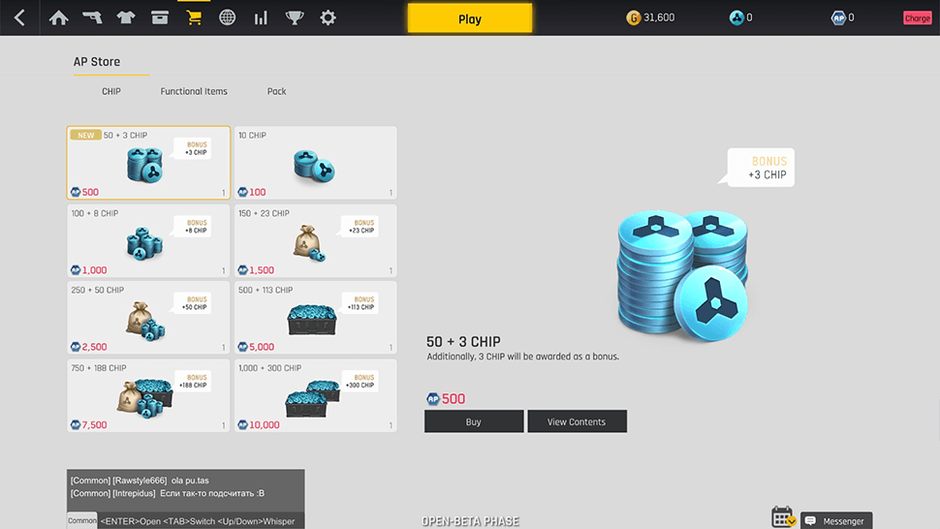 Wiple Games production published by Aeria is great title for fans of oldschool FPS games with modern twist. Well known features extended with futuristic ones, a lot of maps and weapons will provide you hundreds of hours of great fun, everything based on Iron Engine providing superb graphics and real immersion to the game world.

Few tips for a good start: