Run from the bear in this colorful platformer

It's better not to annoy the bear. This unlucky explorer has something to say about that. Now he has to escape - this task falls on us. How far can you get with an angry animal behind you and dangerous obstacles in front of you? Play Jungle Dash Mania and see for yourself.

Jungle Dash Mania is an arcade game and an example of the genre called endless runners. During the game, we play as an unlucky explorer who was attacked by a bear. Your task is very simple - to escape from the animal, because even the smallest contact with it results in defeat. 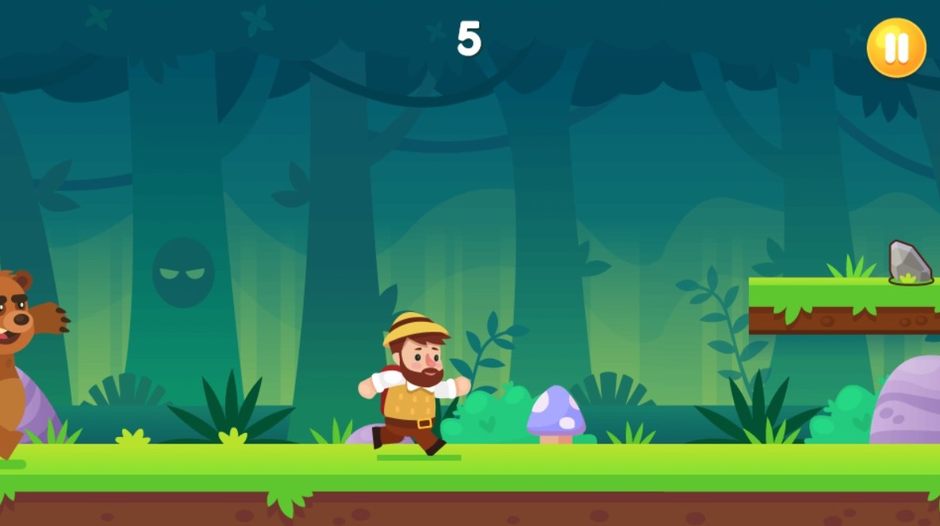 The escape itself is not that easy, as there are many obstacles in the path of our adventurer. We are talking about stones, spikes, or tree stumps. Contact with each of these objects causes our hero to stumble, slowing him down and making the bear get closer. One fall doesn't end the game - we have a few chances to continue the run before the bear catches us.

You can press Up to avoid obstacles by jumping. In order to avoid dangerous objects on the ground, you can also try to jump on the higher ledges scattered around the route. However, you need to be careful, because obstacles also appear on them. 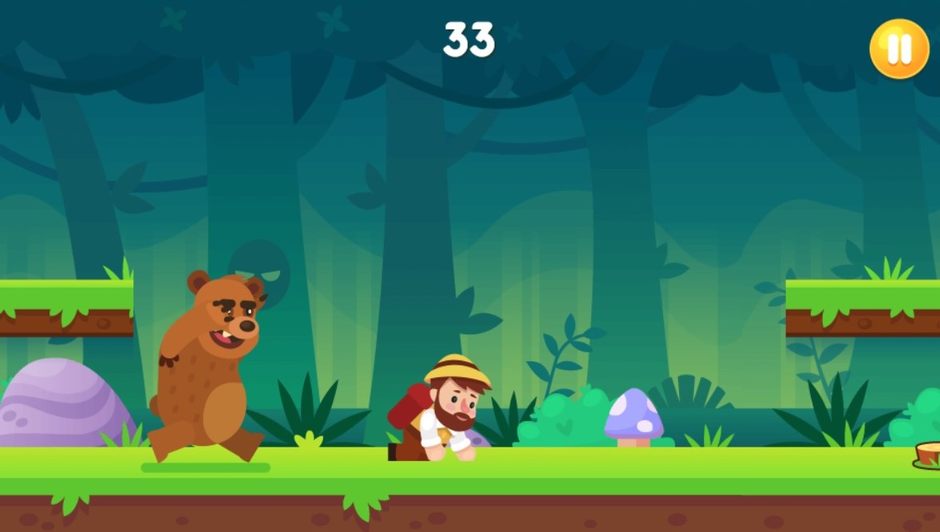 Fortunately, the levels do not only contain obstacles that make our life difficult. There are also two types of power-ups. The first is a force field. It deflects obstacles, thus clearing the way for our hero. The second is boost. For some time, it increases the speed of the protagonist, thereby allowing him to get a breather from the chasing bear. However, remember that boost doesn't protect you from obstacles found along the way and you can still stumble.

Same as with all representatives of the endless runner genre, in Jungle Dash Mania we do not have control over the speed and direction of the run. Moreover, the hero's base speed slowly increases, making the game harder and harder as time passes.

Interestingly enough, Jungle Dash Mania sessions can last indefinite amounts of time. Your final score is based on how long you've managed to run. You can start the game anew and try to beat your best score, or invite a friend to play together. 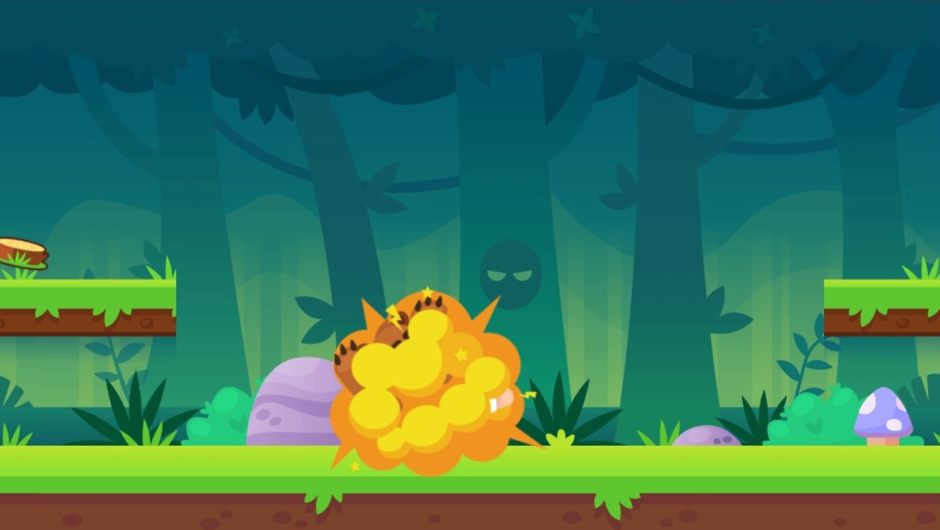 So if you need a moment of relaxation after a long day at work or school and do not want any demanding production, Jungle Dash Mania should guarantee you a pleasant pastime, even for long hours. Jungle Dash Mania also works well as a social game.