Become the champion of the heavens in a free game!

League of Angels: Heaven's Fury is a real treat for people who like various variations on Greek mythology, as well as manga and anime styles. Take control of a mighty champion and seal the evil that has spilled over the world after opening Pandora's Box. The title offers a lot of tasks and challenges for a single player, and a lot of challenges for people who prefer multiplayer competition.

League of Angels: Heaven's Fury is the next installment of the popular MMO series by YOOZOO Games studio. It is set in a fantasy world, loosely based on Greek mythology. The action of the title begins when Zeus learns about the upcoming Twilight of the Gods. To stop him, he decided to use the power of the mighty Pandora's Box. Unfortunately, this item corrupted him and, as a consequence, he became a slave to the demons. To make matters worse, the evil unleashed by Zeus spread all over the world and infected both people and other gods. The only hope in the players. Endowed with the power of angels who have escaped depravity, they must traverse a land full of hostile creatures and reseal the Box. 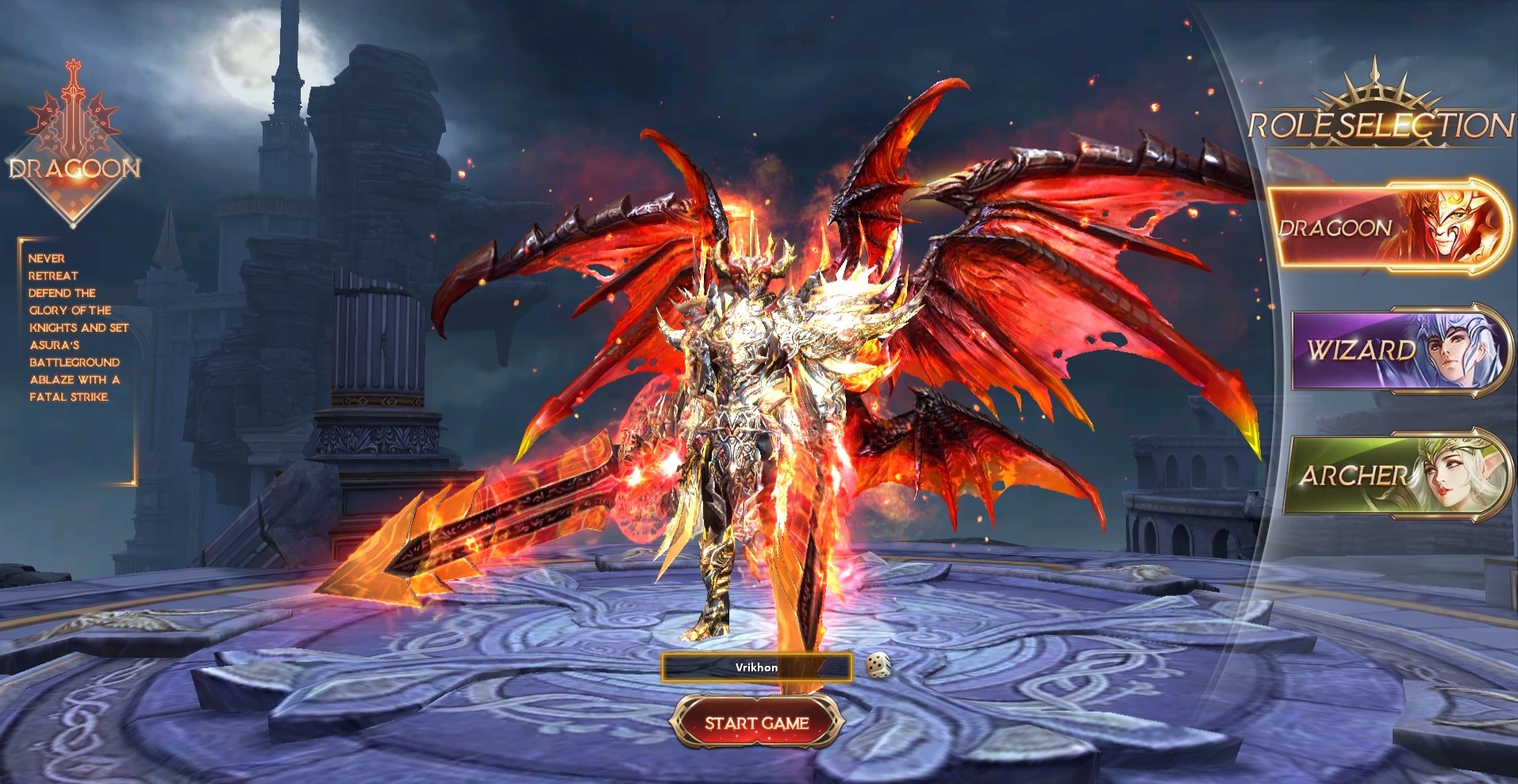 The fun of League of Angels: Heaven's Fury begins with naming our avatar and choosing one of the three available classes. Here they are:

Each of these characters has their own abilities and magical abilities, which improve dealing with hordes of enemies. 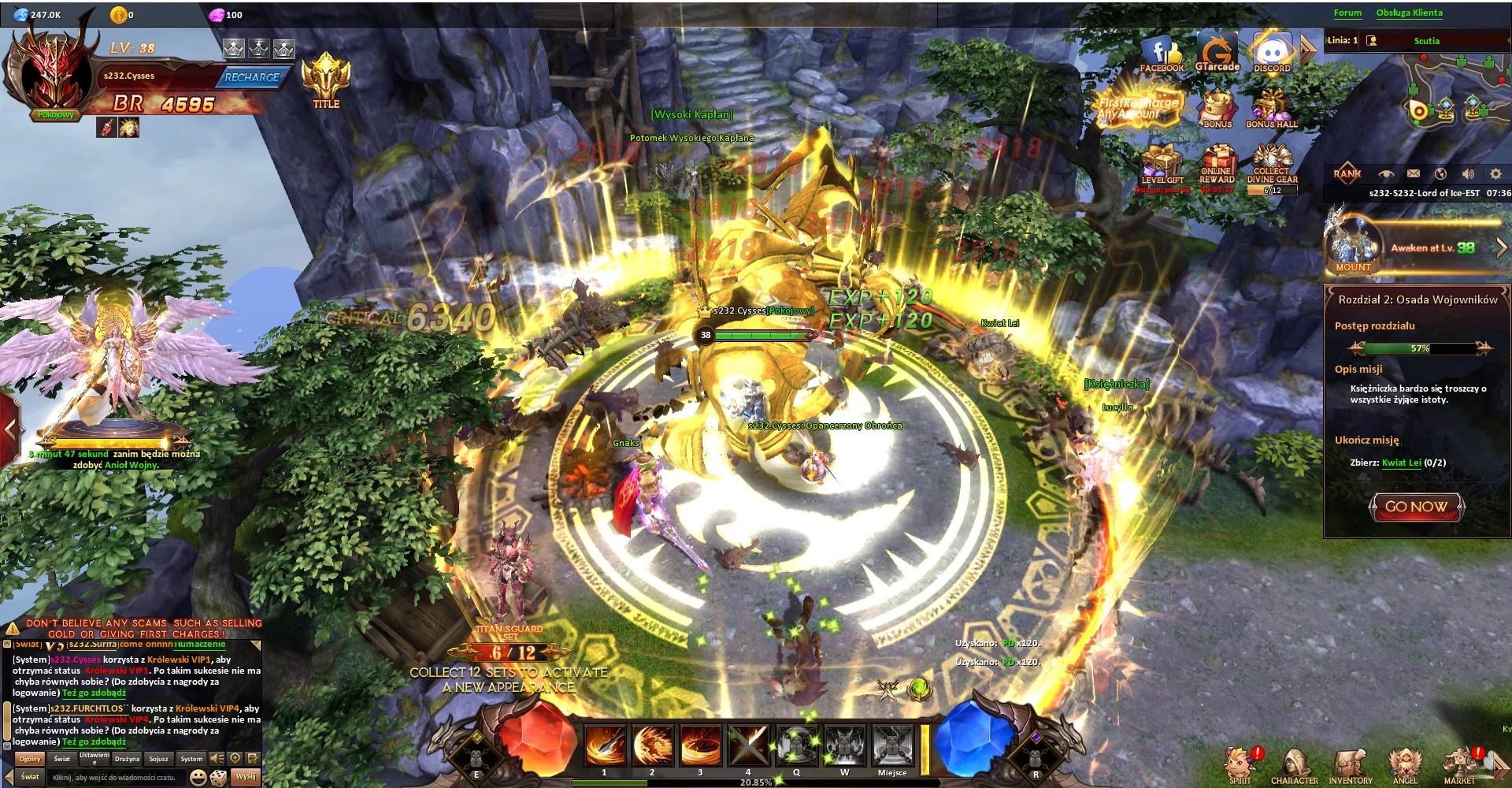 After selecting the class, we immediately hit the middle of the action. At this point, fans of the League of Angels series may experience a slight shock. Unlike its predecessors, Heaven's Fury does not have a turn-based combat system. Shredding enemies is more like classic hack'n'slashes like Path of Exile or the Diablo series. Therefore, we run through hordes of enemies, clicking on them indifferently and from time to time using special, powerful skills, some of which are able to deal massive damage to even several opponents at once. For defeating new enemies, as well as completing missions from the main plot, side orders and the so-called of daily missions that change every 24 hours, we receive experience points that unlock new levels of the character. They increase its individual attributes, such as health, attack and defense. In addition, sufficiently high levels of experience unlock access to special instances and events that guarantee attractive rewards. 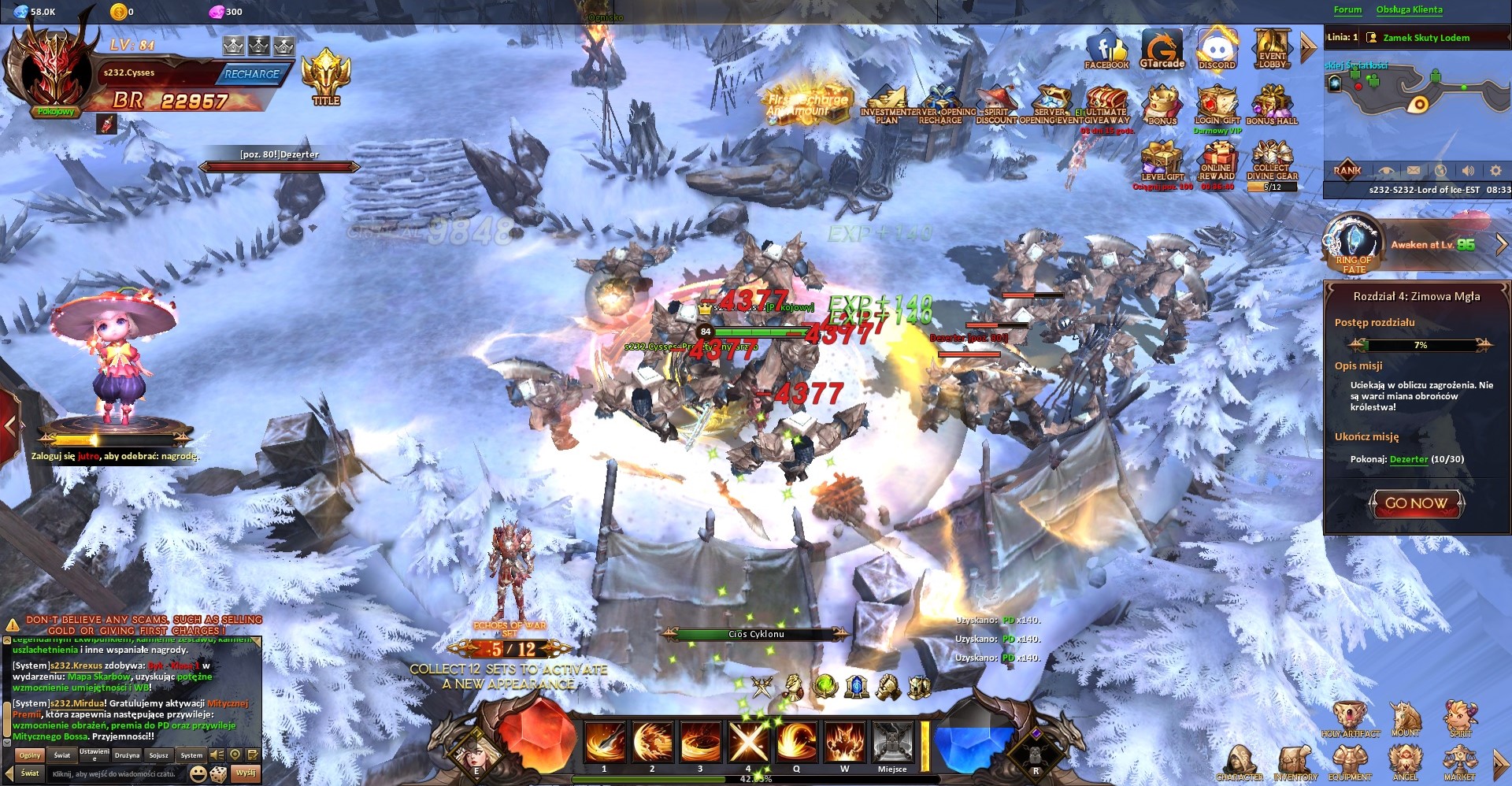 However, you have to be careful about our health, represented by the red crystal on the left side of the shortcuts bar, and the mana necessary to perform some stronger attacks. The second parameter is renewed over time, while the second one is regenerated with Health Elixirs.

During the fight, you can also turn into a powerful Angel for a moment. He is able to immediately eliminate a group of weaker opponents in the area or seriously injure the boss. There are several types of these heavenly beings in the game that become our allies throughout the game. Each of them can boast an individual appearance and attack inflicted during the transformation. Importantly, all angels can be trained. We do it using the so-called Angel's Divine Origin. 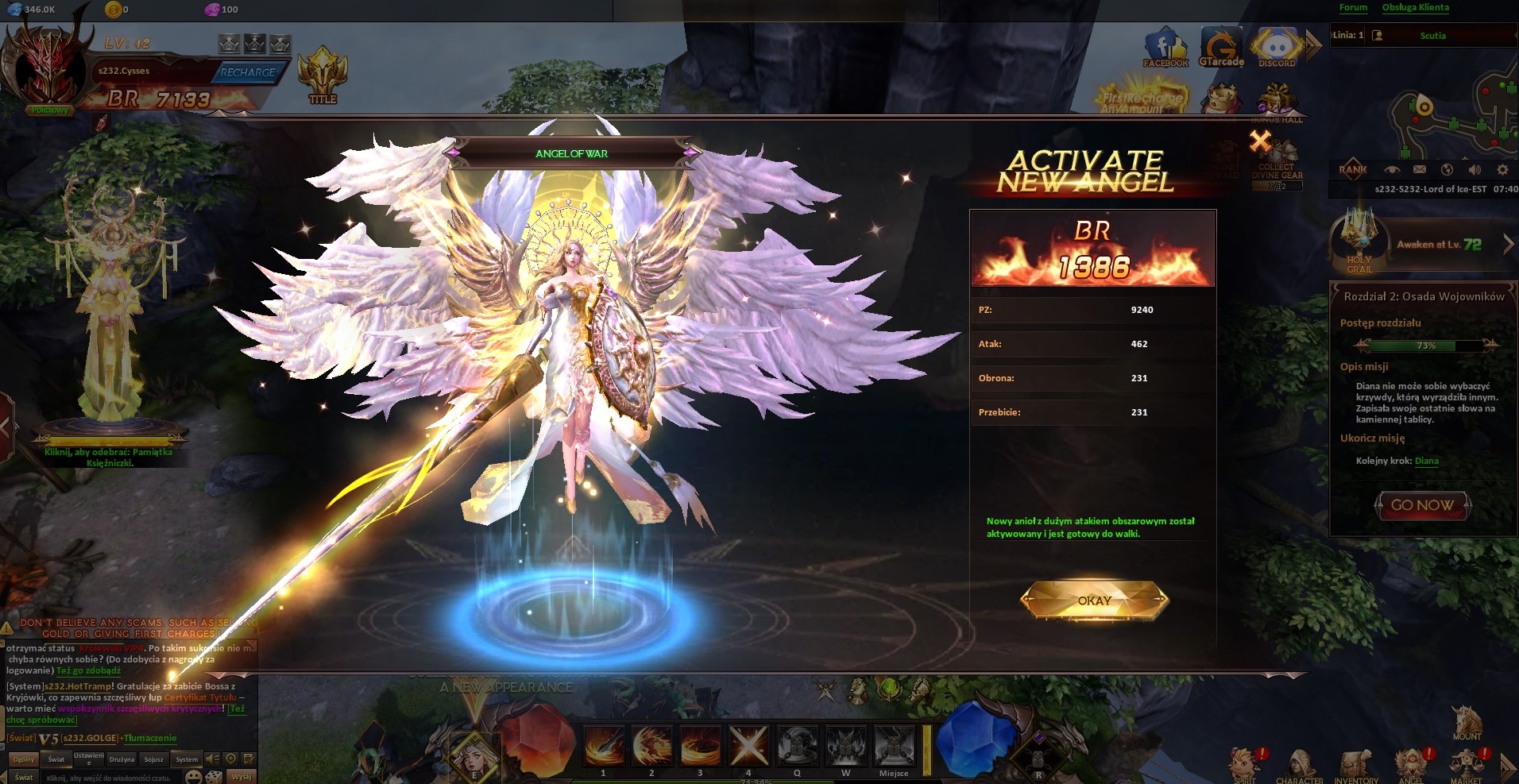 The fight is also facilitated by the so-called Ghosts. They are magical creatures that accompany the heroes in their adventure. They increase various parameters of the protagonist. Ghost stats can be increased with Diamonds.

With the help of Diamonds, we are also able to develop our mount. It serves not only to traverse maps faster. Like the Ghosts, he is also able to raise various stats of our hero. 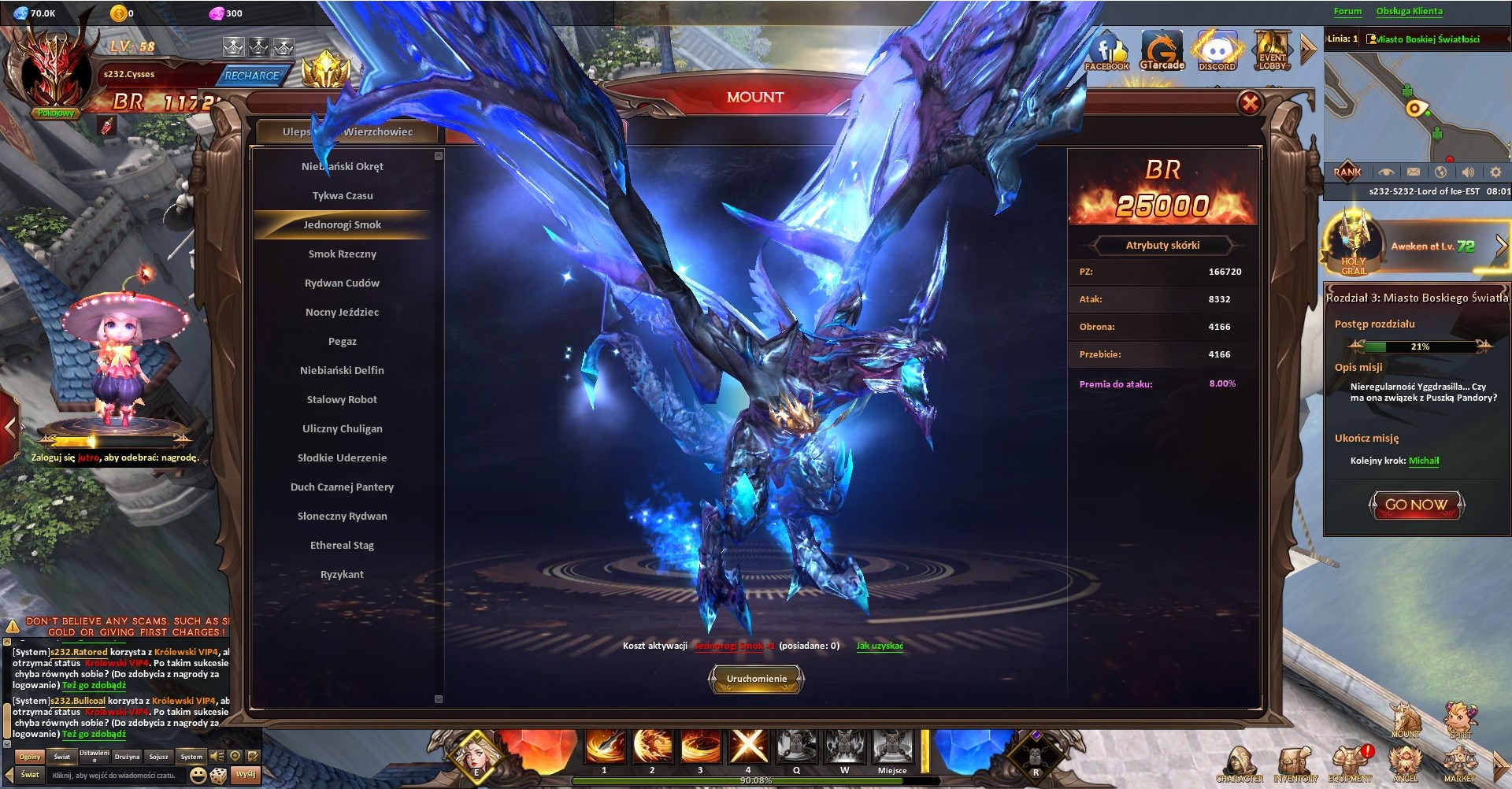 After all, a character's stats are also influenced by the equipment they carry. Its individual elements are acquired while performing subsequent tasks. It is worth noting that the armor and weapon system does not work exactly like in classic RPGs. Each of their sets consists of a dozen or so elements. Collecting some of them allows you to activate the bonus to the already owned equipment. On the other hand, completing all of them gives you all the armor and the weapons assigned to it, and also unlocks the next level in the Divine Equipment menu and the whole game begins anew. During the game, you can also get two other types of armor - Legendary (obtained during events) and Dragon Slayers (these are the winnings in the Dragon Slayer Temple). 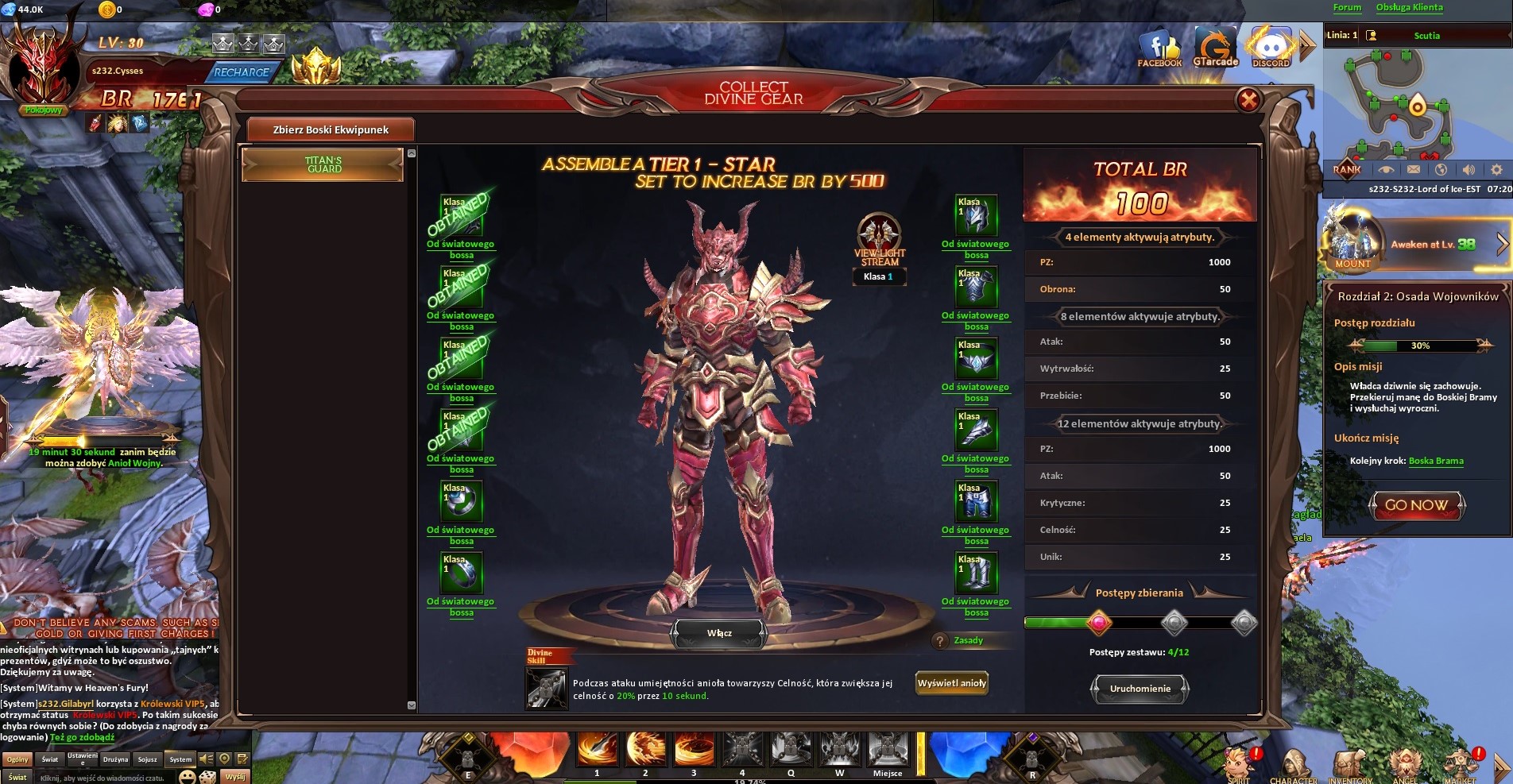 Individual elements of armor can also be improved in two ways. The first is the usual refinement with special stones. With its help, we can increase the statistics of a given item, but slightly. The so-called refinement that raises individual attributes much more clearly. This process, however, comes with a certain risk, as it is not completely certain that it will succeed. If we are unlucky, then the so-called The refinement stones, which are quite a rare resource, will be lost.

We can obtain the Divine Origins of the Angel, the Essences of the Holy Grail, Diamonds and other consumables in various ways. The most obvious one is the aforementioned completing the next tasks. In addition, you can earn bonuses for the daily login and game, or process unused items through a special menu (there are no traditional merchants in the title). 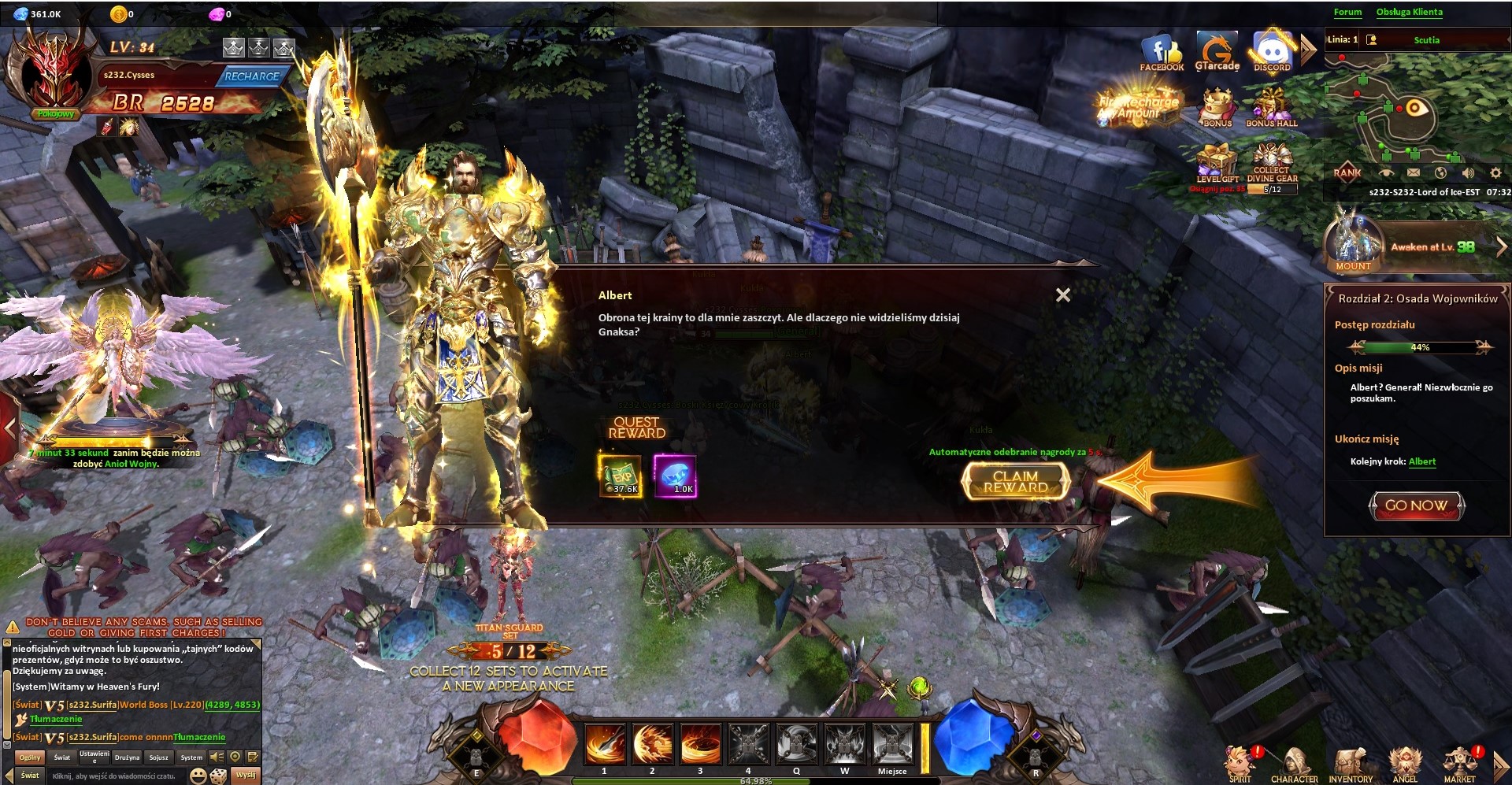 There is one more currency in League of Angels: Heaven's Fury - Gold Coins. We can buy them with real cash. They are used to get all kinds of things - cosmetic items, better armor, items that increase attributes, a special card that allows you to change your character's name, titles that guarantee various bonuses, permanent special statuses, etc. Gold Coins can also be invested to get special discounts. 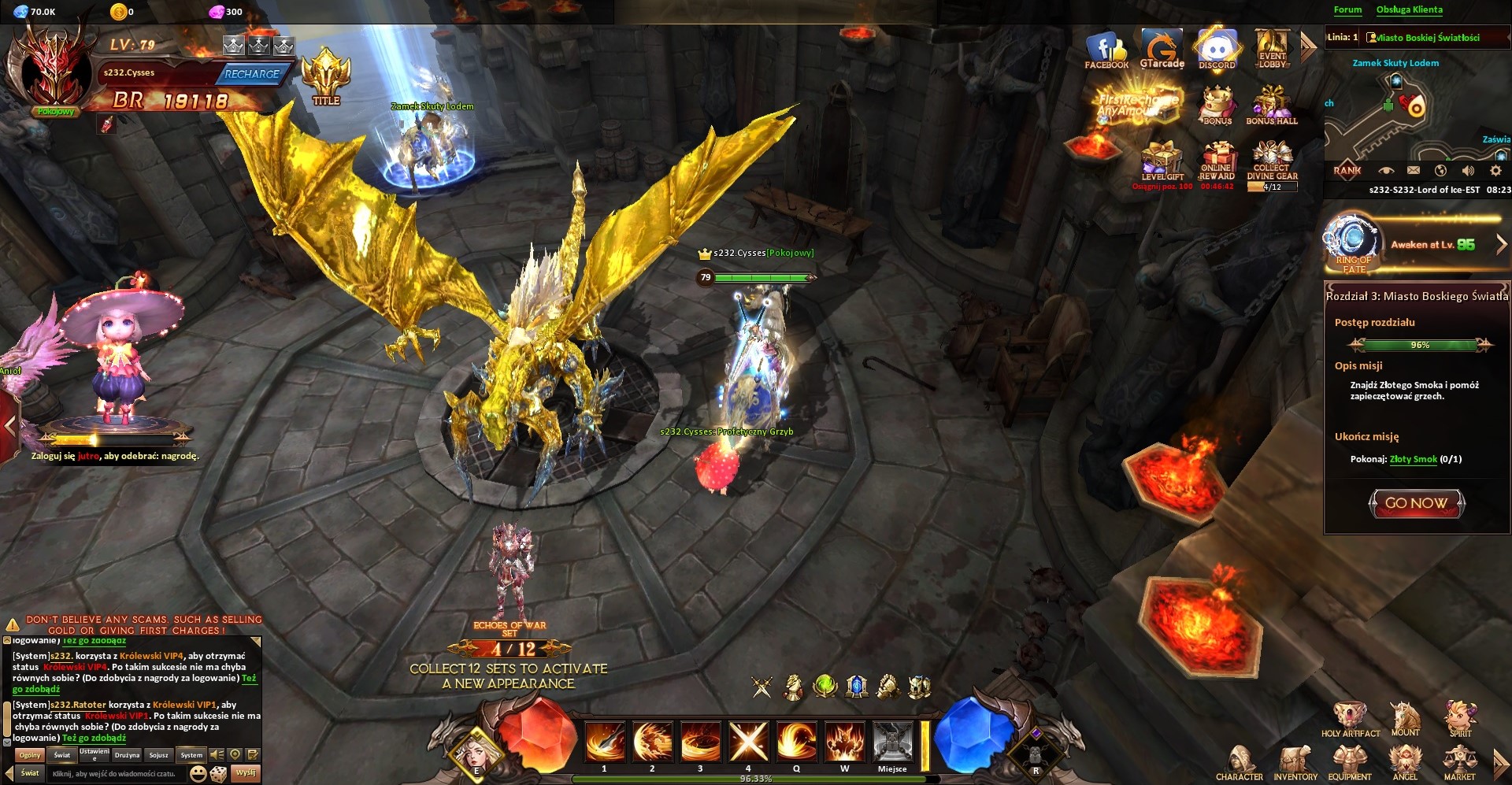 Although nothing prevents you from playing League of Angels: Heaven's Fury alone, the title has a very extensive social layer. Players can join teams and alliances and fight their way through hordes of enemies. In addition, there is PvP competition. We can challenge other people in special arenas and battles, as well as on the main maps, if we change our status in the upper left part of the screen. 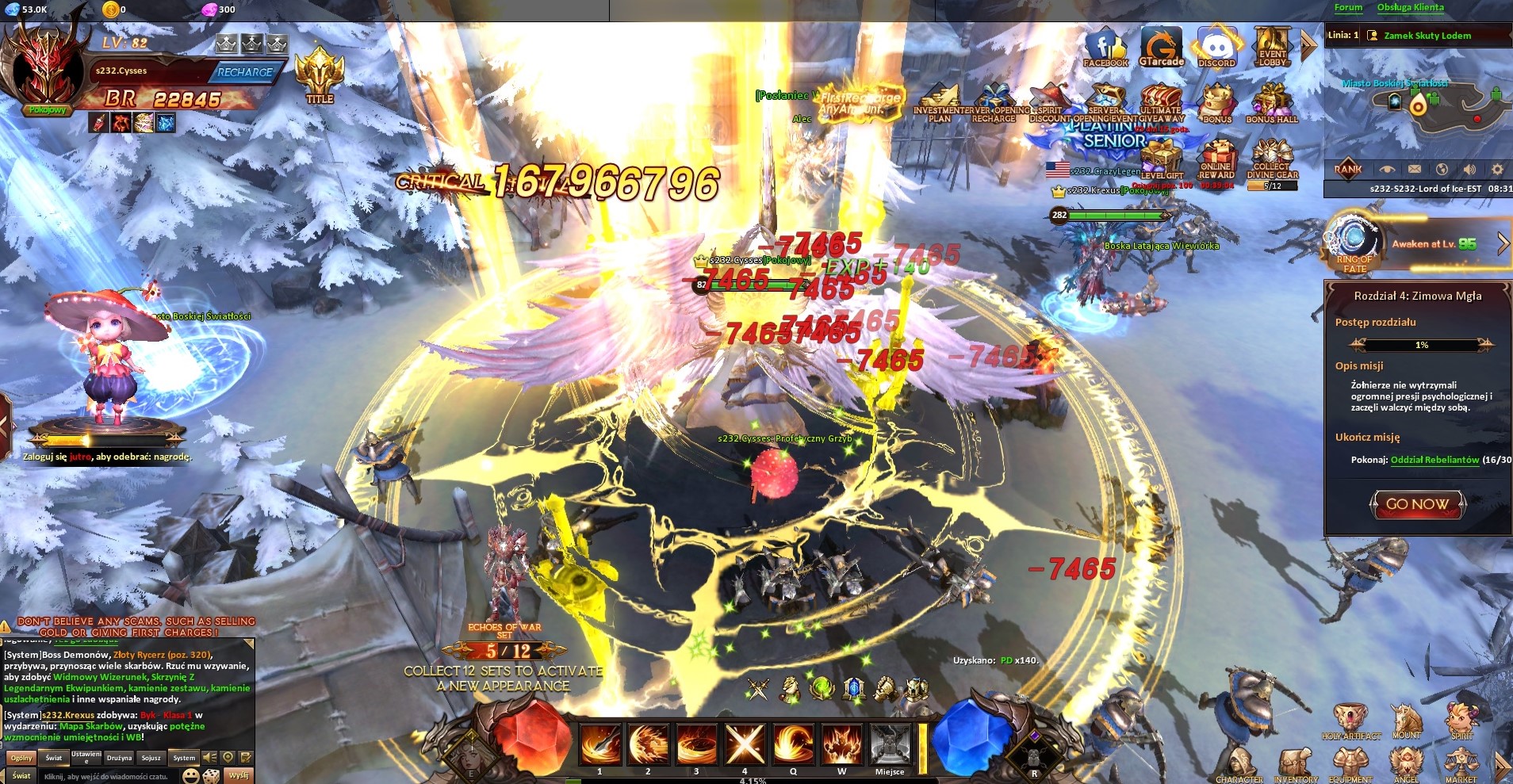 League of Angels: Heaven's Fury seems to be a good production for people looking for dynamic and relatively simple gameplay. Both fans of singles fun and competition with other people will find here. The substantial content guarantees that hundreds of hours can be spent in the production of YOOZOO Games studio.