Ancient forces move in the darkness and it's up to you to walk the planes of the Magic Multiverse to gather the power needed to fight this evil!

Remember Magic: The Gathering? You've always wanted to see what the universe of this game looks like, but you're just not a big fan of card games? If so, then Magic: Legends may be the game just for you. Travel through different lands, fight enemies and collect more cards to use them on the battlefield - all in a dynamic hack'n'slash-style gameplay.

Magic: Legends is an interesting combination of hack'n'slash and card game developed by Cryptic Studios (developers of the popular Neverwinter and Star Trek Online). The production uses the license of the renowned Magic: the Gathering. The action takes place in a magical multiverse just before the so-called War of the Spark - a war in which the elder dragon, Nicol Bolas, tried to take control of the whole world and the Gatewatch group tried to stop him. In the course of the game, we play as the so-called Planeswalker - a protagnoist endowed with powerful powers, able to move between different lands. He faces the extremely difficult task of saving the entire multiverse from the temptations of the evil forces. 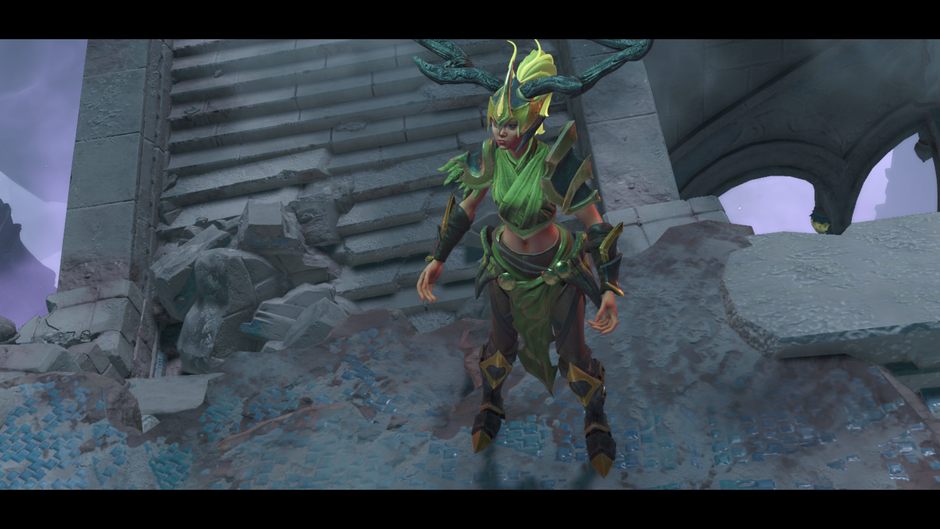 The basics of the Magic: Legends gameplay are very simple - we travel through different lands, such as the island of Shiv, Caliogo Morass or Tazeem, and perform subsequent tasks (main and side ones), consisting mainly in exterminating hordes of more or less powerful creatures. The enemies can also attack us during exploration. Fighting them, as in most hack'n'slash-style action RPGs, consists mainly of clicking on them as quickly as possible and using various powers as suitable.

Magic: Legends starts with creating your avatar. You can determine sex, physique, skin color, hairstyle and, of course, choose the initial class. There are five classes available at the beginning. These are the following:

Each of them has three individual skills – basic, secondary and a so-called Utility, i.e. an ability not necessarily related to combat, for example, a Beastcaller is able to heal themselves and their companion for a few seconds. They are also associated with specific types of magic and the corresponding colors of Mana, which is necessary for casting spells. And so, Geomancer is associated (at least in the beginning) with red Mana, Mind Mage - with the blue one, Beastcaller with the green one, Sanctifier with the white one and Necromancer with the black one. 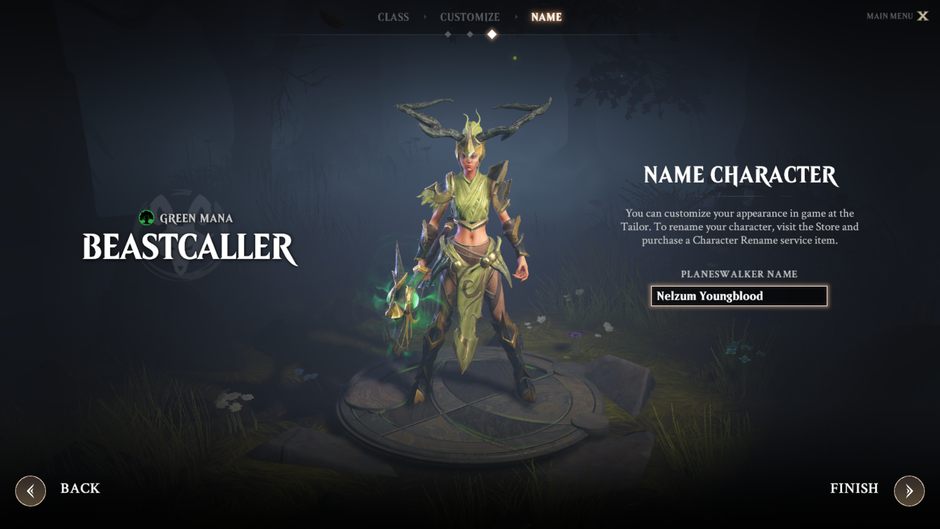 All spells available in Magic: Legends can be divided into three groups - summons (summoning your followers to the battlefield; the number and strength of these creatures are limited by a special pool of points), sorcery (various kinds of immediate effects) and enchantments (abilities applying long-term effects). Spells are symbolized by the cards we collect throughout the game. We can have a maximum of 12 cards in one deck. During the game, you have four of them at your disposal. When we use them, they will be randomly replaced by the next ones from the deck and the right amount of Mana will be taken away (but it'll be regenerated over time during combat).

Importantly, heroes are not restrained in terms of cards assigned to their class and the type of Mana. During the game, you can combine up to two types of spells within a single deck to adjust your character to your preferred playing style. However, when deciding on such a move, you must remember that your Mana bar (located at the bottom of the screen, under health) will be divided exactly in half. Depending on which card you choose to use, the corresponding part of it will be depleted.

All right, but where do you get the cards anyway? The easiest way to get them is to just play one of the classes. The spells assigned to it will be obtained during the game. However, we can also develop them. We do this in a place known as Your Realm. However, it costs the right amount of resources: Aether and different Mana colors. Both can be obtained in the course of a regular gameplay. 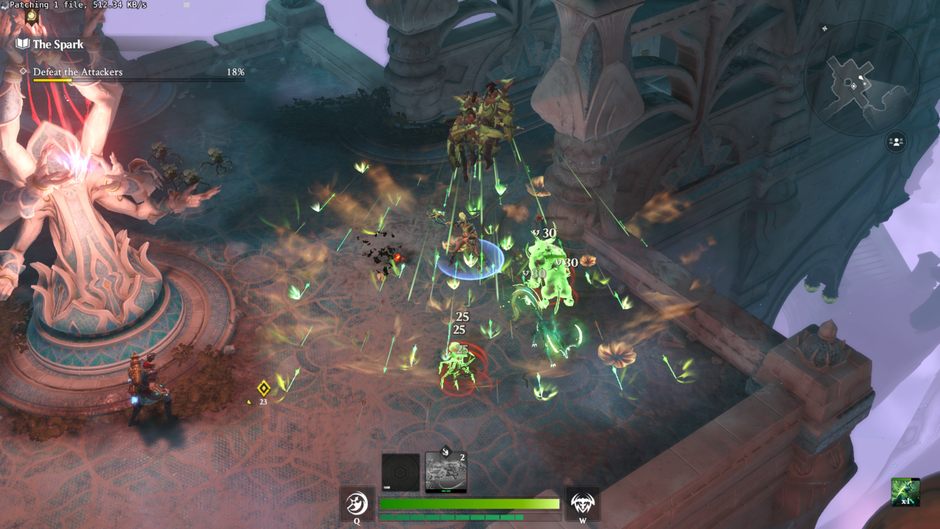 The spells obtained can also be improved. To this end, we can use so-called Spell Shards that accumulate during gameplay. To make this process a little easier, consider creating different lands in your realm. There are five of them - Island, Plains, Swamp, Mountain and Forest. Each of them is assigned to a specific type of Mana. The more developed a land is, the fewer Spell Shards are needed to develop a spell marked with a particular color.

At the basic difficulty level, spells can only be developed up to level 5. While playing on higher levels (Expert and Master), we will find a currency called Eternal Echoes. It is necessary for the further spell development. 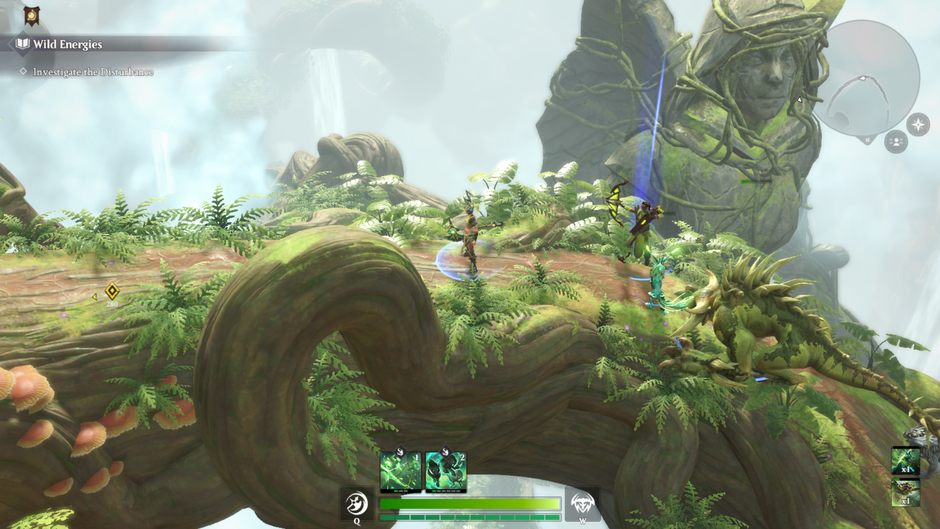 As you progress through the game, your hero will be getting better and better. As befits an RPG, after accumulating a sufficient number of experience points, your hero will advance to the next level, which entails increasing their skills. Upon reaching the maximum level, they will unlock a powerful feature. Although it is characteristic for a given class, it is not associated solely with it. Therefore, if we decide to change the profession (we can get another one in our realm after spending an appropriate amount of resources), we can add any configuration of features to it (there are three slots available).

The skills of our hero can also be increased with the help of various items. The first are the usual equipment items, such as armor or helmets. You can get them throughout the game or buy them for gold. Of course, the rarer the item, the better bonuses it provides.

The second type of these objects are artifacts. You can stumble upon them while travelling across different lands or create them in your realm. They are divided into three groups - Lesser, Greater and Legendary. At the same time, we can equip three Lesser ones, two Greater ones, and only one Legendary artifact.

Both artifacts and standard equipment items can be improved. However, this requires spending a sufficient amount of resources. 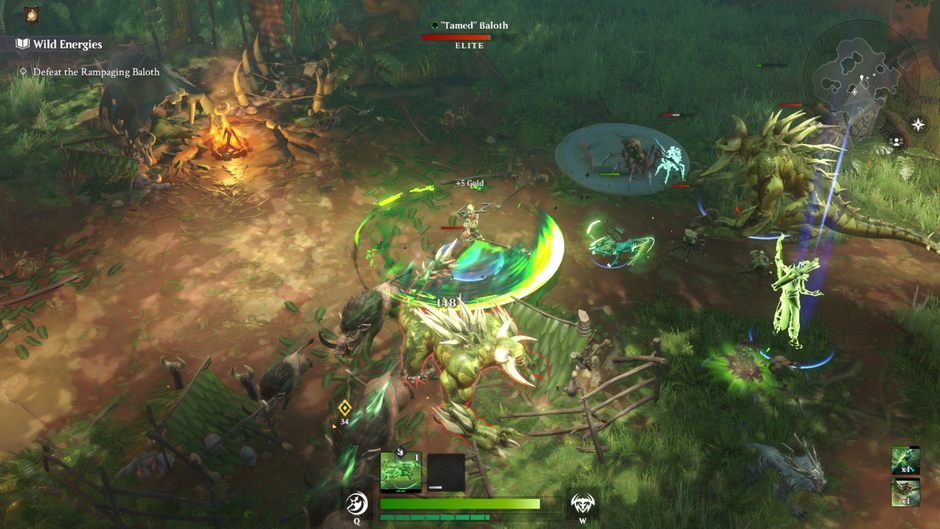 Magic: Legends is an online game, which means that you can play it with other people. Nothing stands in the way of completing subsequent quests in cooperation with other players. Support can sometimes be necessary, as some opponents can be extremely powerful. However, you may also take part in PvP duels. You can switch to this mode at The Sanctum.

Magic: Legends has a fairly developed micropayment system. We can get a premium currency called Zen with the use of real money. The currency is necessary to buy various things in the game store. This includes the immediate possibility to unlock classes and cards assigned to them, the so-called Boosters, where you can find, for example, a new profession, which normally would bee unavailable (Dimir Assassin) or various temporary bonuses. There is also a Battle Pass. It works just like in Fortnite. Having acquired the pass, you can achieve additional levels, which is rewarded with attractive rewards.

The Magic: Legends gameplay is observed from an isometric perspective. The title features an eye-catching and colorful graphics, which accurately represents the characteristics of individual lands. You may also like the musical setting, which is kept in a fantasy atmosphere. 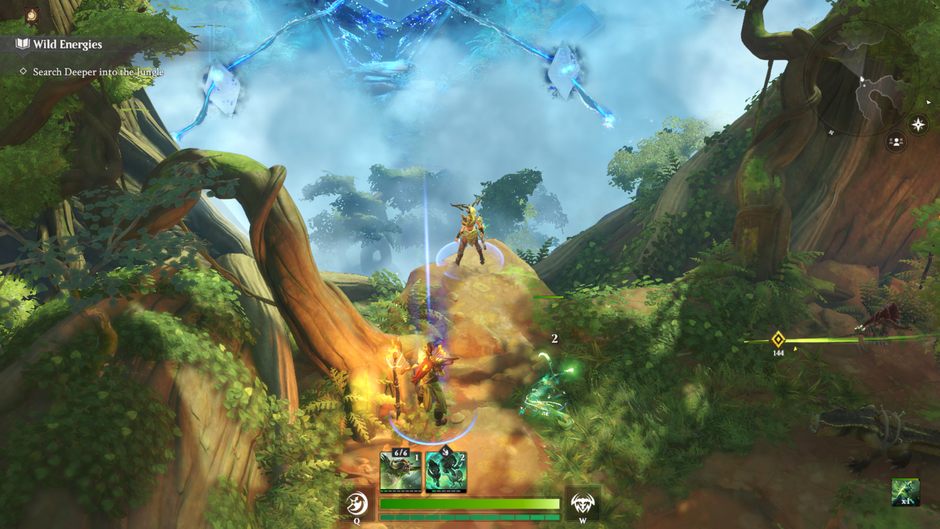 Therefore, Magic: Legends seems to be an excellent position for Magic: The Gathering fans who would like to try out some other production set in this universe, but which is not strictly a card game. The whole thing is a really interesting hybrid, successfully combining the basics of the original mechanics with hack'n'slash. Traversing subsequent lands and fighting enemies can engage you for hours.