Dive in the dark fantasy world full of magic and demons!

Metin 2 is classic representative of free MMORPGs that do not require monthly subscription.

Metin 2 offers most of the standard ideas typical of the MMO genre, complemented by a number of original solutions – primarily a refined, highly arcade combat model, resembling three-dimensional action games, such as Daemon Vector or Forgotten Realms: Demon Stone. The program is embedded in the fantasy realities typical for Eastern RPG games, skillfully combining oriental mysticism with the fantastic world presented, full of magic and demons. For many years the power over a vast continent was held by representatives of a great empire. Peaceful inhabitants lived in peace and harmony, enjoying the care of wise and just rulers. Unfortunately, the times of prosperity ended with a massive rain of meteorites, which bombed a large part of the planet. The land soon became overgrown with magical stones of cosmic origin (the title Metins), which greatly complicated the lives of the natives. Troublesome monuments in contact with living organisms transformed them into monstrous creatures, and the local air was poisoned with carriers of an unknown disease. So much interference in the natural order of the empire could not pass unnoticed. In a very short time the great state lost its territorial cohesion and disintegrated into three smaller kingdoms, fiercely fighting for survival and treating each other as intransigent enemies. However, he was weak and lived in constant fear of the power of cosmic stones. With time, however, someone appeared who could become a saviour of the nation – an individual called Dragon God, with a power capable of neutralizing and defeating the influence of the Metins. 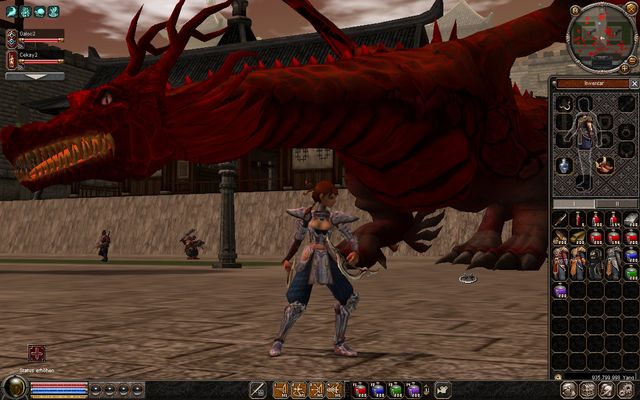 Players choose one of the three sides of the conflict, fight against the heroes of different nations and try to gain the favour of the mighty deity. There are four main character classes to choose from. Warrior is a strong and tough warrior who can specialize in offensive (Arahan) or defensive (Partisan). Assassin is a deadly fast and efficient killer, fighting in close combat (Assassin) or at a distance (Archer). Demonic Sura has outstanding skills associated with his devil's hand, which he can use both to improve melee attacks (Mirage) and to increase the potential of magical power (Black Magic). Finally, Mage is a classic wizard with a wide range of supporting (Lighting) and destructive (Dragon) spells. Importantly, each advanced profession offers a completely different set of special abilities, unavailable to representatives of other specialties (even within the same main class, which doubles the practical number of available character types). There are only eight main skills available to all competitions. What is interesting, we specialize our character very early, after reaching the fifth level of experience. We can also determine the gender and appearance of our hero, we also decide on the development of his physical parameters (four main factors: endurance, intelligence, strength and dexterity). Promotions to subsequent levels are connected with increasing the pool of skill points, which we use to learn and develop skills available for a given specialization. 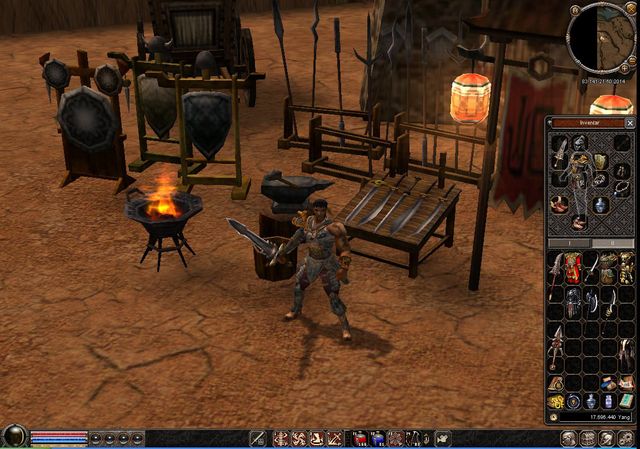 The game consists mainly in knocking out packs of animals and hordes of monsters roaming the local area. A characteristic feature of Metin2 is a very dense distribution of mobs, which is related to the way of fighting. Normal attacks of each character are combined into multifaceted combinations (as in the aforementioned action games with RPG elements), thanks to which we can deal damage to many enemies at the same time. This allows for a much faster elimination of creatures and has a positive effect on the dynamics of the game and the speed of character development. Each class has its own series of attacks, which work in different situations. However, the game is not only about killing – NPCs have a lot of different tasks to perform for us and not all of them require the bass id to directly engage in combat. After reaching a sufficiently high level of experience, we gain access to stronger and more powerful elements of equipment. With time we can create our own guild or join an existing one. The best guilds develop quickly and can buy out a piece of land, on which then a majestic guild house will be built, which will give rise to pride and glory. It also has utility roles - you can add to it an altar (increases the upper limit of the number of members) or a metallurgical furnace (allowing you to melt the ore and other craftsmanship materials extracted by the players). We do all this, of course, in order to defeat the other two nations and obtain supremacy over the central territories of the continent submerged in chaos. 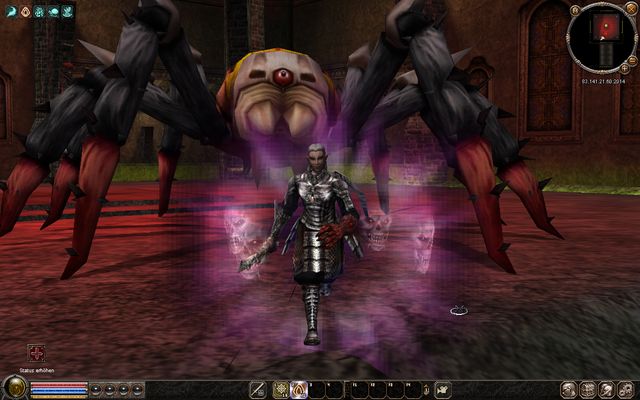