Online version of the most popular card game in the world!

Welcome to the world of Magic: The Gathering, traveler! This world is filled with magic, ancient creatures and deadly monsters. Here is a new, video game installment in this universe with the subtitle Arena, which is a direct reference to the nature of the production. This is a digital adaptation of the collectable card game, strongly inspired by its table-top original, bringing the cult mechanics to our screens.

The first steps you will need to do are – as you could expect – downloading the client and creating an account. Once we complete these steps, the production will welcome us to a story tutorial consisting of 5 stages, and, at the same time, 5 separate bosses. We will learn the basic mechanics of the game, such as selecting and drawing cards, using minions, blocking attacks, and combining the abilities of individual allies. It is highly advisable that players, who have never had the opportunity to play the original game carefully go through the tutorial. After the completion of the tutorial, we will land nowhere else, but in… 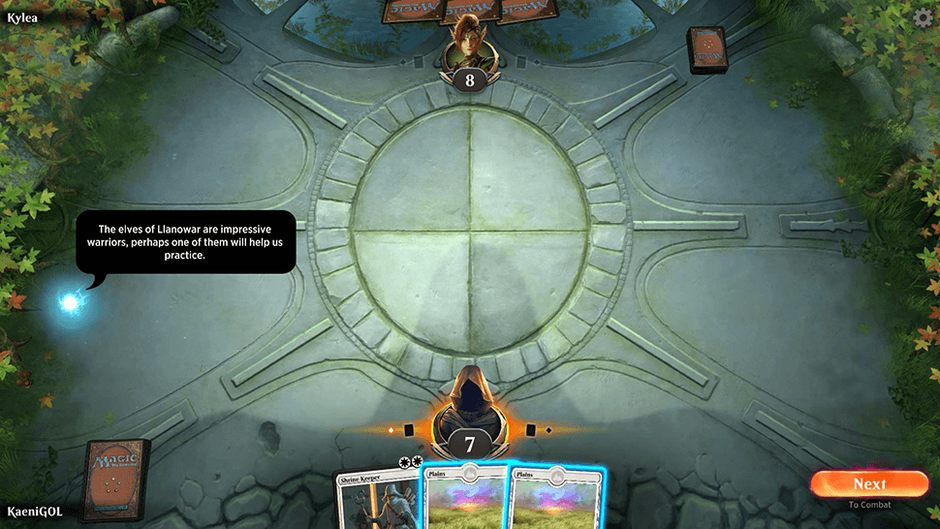 ...the game menu. The menu is a rather classic lobby divided into a number of tabs. We will find among them a shortcut to our Profiles, look up and build our own Decks (or use the ones prepared by the devs), open Packs with cards, and visit the Store with additional content. It is also worth noting the question mark that's next to the settings icon – when you click it, you will get to an extended text tutorial. We will go through the remaining options of the menu further on in the text, but the most interesting button for players is, of course, the "Play" button, which takes you directly into the game. 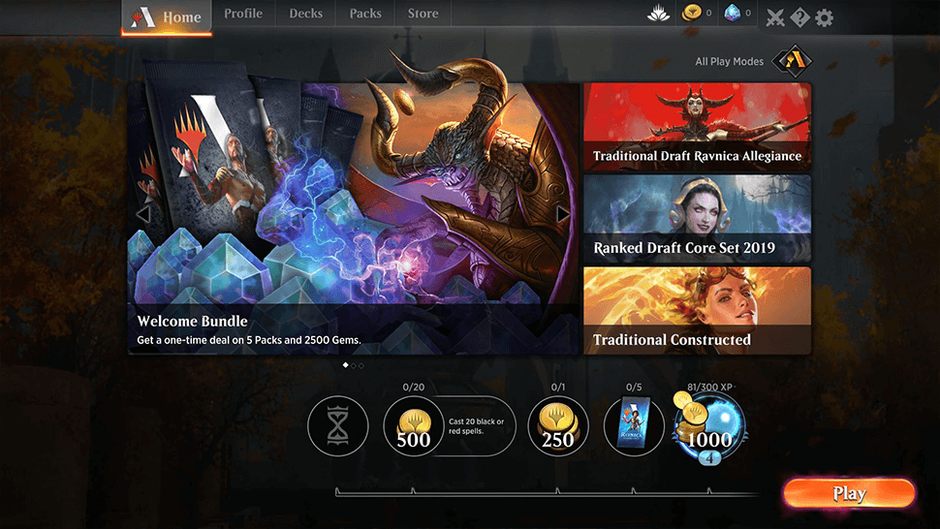 MTGA (as the game is popularly known among players) – is, at first glance, a standard card game, which, however, is based on several rather unique mechanics. You can easily notice this as soon as you start the tutorial, and playing matches, training sessions, and battles with real players will only further assure you of that. The game is largely based on the use of the "field" cards, which are the equivalent of mana, or crystals, commonly used in other games of the genre. Only after playing a few cards from the field will we be able to summon our wingmen, as well as use spells that reinforce allies or weaken enemies. To attack the opponent, a single ally on the battlefield is not enough, as they will first have to cope with the supporters of the opponent blocking the passage. Moreover, every ally attacking the enemy will not be able to block in the next turn, and wounded allies will fully regain their health at the end of each one. To top it all off, it's necessary to remember about wise passing on turns, using the weak minions to block, the special skills of monsters, and the spells that are often very dangerous. 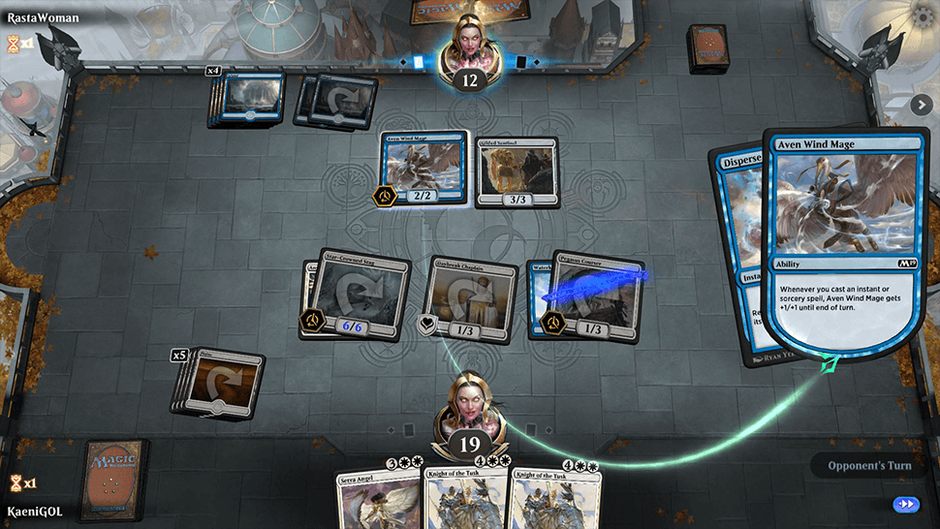 As befits a serious card game, MTGA allows you to customize your decks. Obviously enough! The developers have prepared for us hundreds of different, unique cards, divided into different degrees of rarity, from which we will build our unique decks consisting of 60 cards. It is worth noting that the game is largely based on the mechanics of "colors." This division of cards along their archetypes based on colors, for example blue, red, green, etc. They all play differently, however their combination can often bring epic effects! Of course, the developers have prepared a few basic decks, and the Internet is full of decks of other players. However, we encourage all players to experiment with their own decks, as with a small dose of strategic sense, they can become a real weapon of mass destruction on the board. The mechanics called Master Tree are also very interesting, which allows us to customize the cards of the given color to a limited extent. As you achieve new levels of your profile, you will unlock perks. 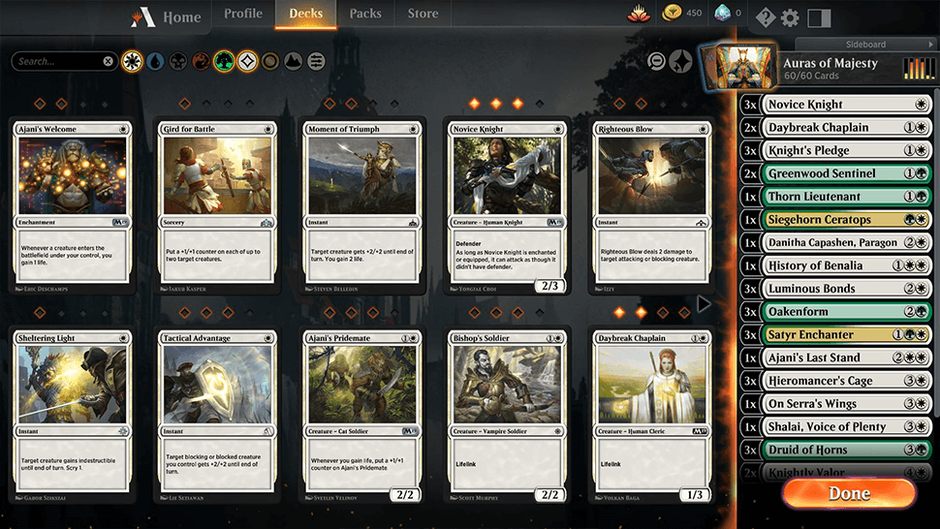 I mentioned above the help tab hidden behind the question mark in the menu. There, we will find not only links to the channels of professional players on the Twitch streaming service (which is a great way to learn a little more complex mechanics), but also some information explaining the rules of gameplay. The mechanics of card games are known for the fact that very simple mechanics can quickly become very complex, but at the same time very effective, so it is important to learn the rules from ground up! 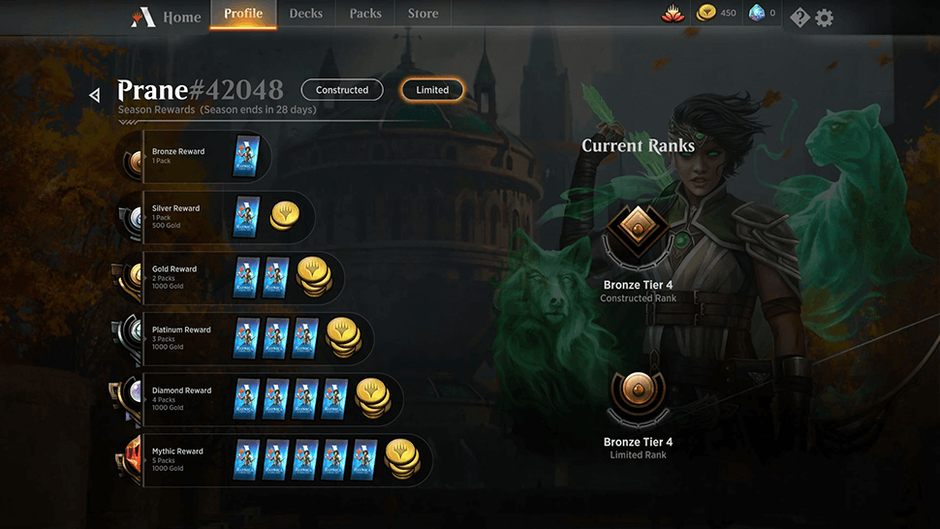 The game is absolutely free, and is 100% also based on the principle of fair play. Yes, the developers have prepared for us an in-game store with additional content, but it includes only items that do not affect the balance of the gameplay, which is crucial for any competitive game. With the Gems currency, we can purchase new avatars of the characters, sets of guilds, as well as a virtual skins for our cards and boosters. However, none of these things are necessary to compete on par with the players who do pay. You will have to exert some patience when it comes to gaining free card packs with the game's main currency called Gold. However, the developers have prepared many actions that will accelerate this process. This is not only a season pass, providing us with progressive rewards for success in a given season (which is already the standard in online games), but also daily challenges and special events. As you can see, the developers strongly accentuate honesty in relations with all players. 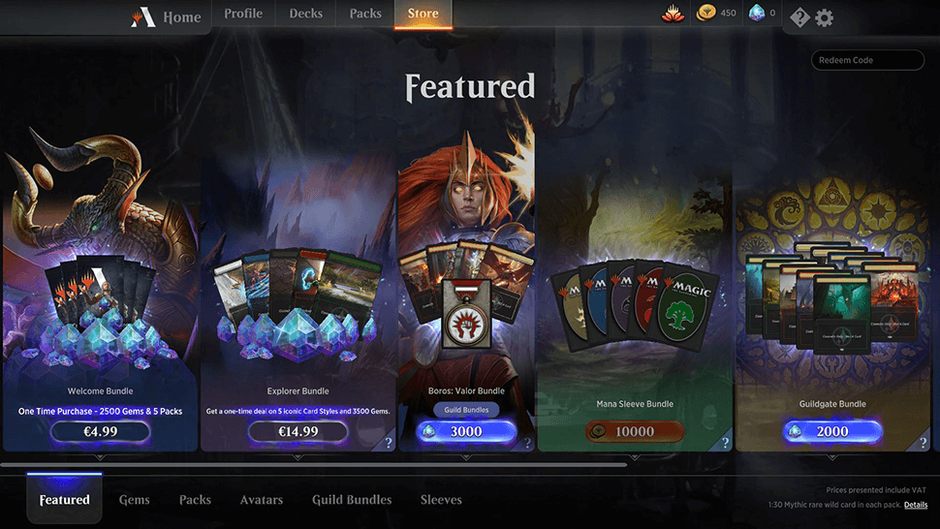 Magic: The Gathering Arena is a product that will please not only the fans of this classic universe, but is also very accessible to new players. Through the popular principle "easy to play, hard to master", the game is very friendly for beginners, and at the same time doesn't become boring along with progress. That's mainly due to the fact that the level of difficulty depends on the level of skill of the players who participate in the given game, so each fight is different and unique! Fantastic graphics, amazing atmosphere, and classic mechanics are definitely among the factors making every minute spent with the game quality entertainment! Download the game for free and find out for yourself what's one of the best games of all times like in its desktop version.

Tips for adepts of card games: