An epic MMO with a captivating story!

Are there any players out there who have never hear the names such as Dungeons and Dragons or Neverwinter Nights? Probably not. If I'm wrong though, let me explain! Dungeons and Dragons is a cult-classic fantasy universe, based on which is one of the best RPG series in history – the Neverwinter. Now, you can try the timeless classic yourself in a new form – an online game. The epic adventure is totally free!

The first thing you need to get out the way is downloading the game's client, creating an account, and downloading game files. Once you complete these steps, the time will come to log in the first time. After entering the game, you will be able to create your own character. The customization capabilities are simply astounding. First, you have to choose a race from a dozen available (Drow, Dwarf, Elf, Humen, Tiefling, etc.), then the class (Trickster Rogue, Devoted Cleric, Control Wizard, Hunter Ranger, Great Weapon Fighter, Guardian Fighter, Scourge Warlock and Oathbound Paladin, with each of them having access to different abilities and fighting style), and then the appearance… the story background and the place of origin. Furthermore, in the game itself, you can create a detailed description of the life of the hero! These extensive customization options are directly linked to the stuff we'll discuss in the next paragraph. 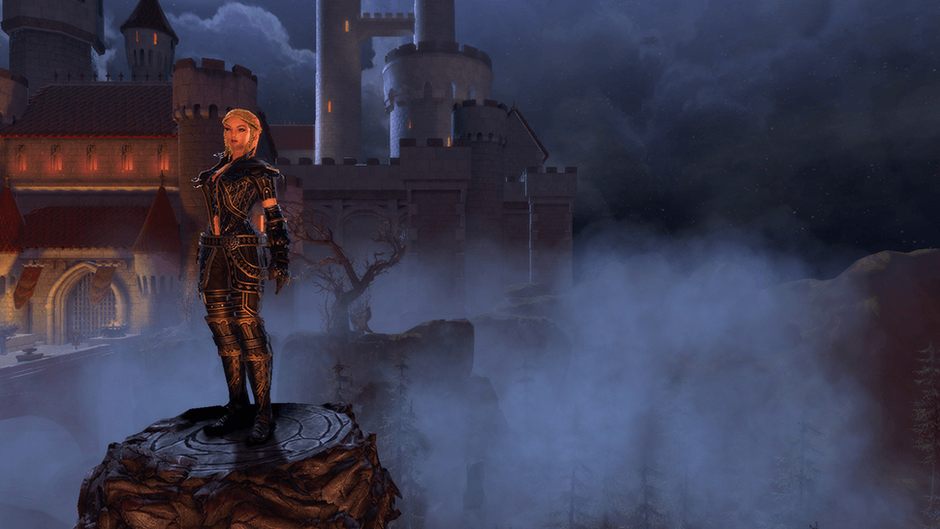 After entering the game world and completing a few introductory quests, we will be ready to begin the game properly. Neverwinter is, at first glance, a typical MMO game, however, the element that distinguishes it from other games of the genre is the big emphasis placed by the developers on the story, which is the paramount element of the game. The universe is based on the setting of Dungeons and Dragons – one of the richest fantasy settings ever created; something that the devs have taken full advantage of. There are few fetch quests; most of them focus on story quasi-chains that push the story forward. The game is filled with cut-scenes, which further improve immersion. Of course, we recommend you discover the story yourself – we don't want to spoil anything :) 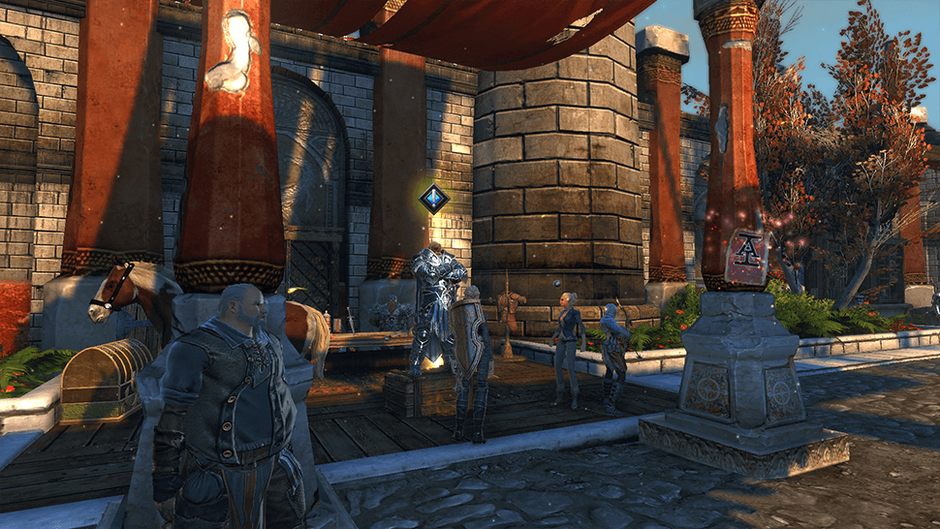 The game is instantiated and non-targeted. What does that mean? Let me explain. First of all, the game has no open world and was divided into hubs – i.e. instances. The main hub is the city, where you can meet other players, vendors, a bank, or story-related NPCs. The bulk of the game happens on maps reminiscent of dungeons, which you roam alone, or with up to four friends. This means that the story can be much more personal, and at the same time as cinematic as the best single-player games. "Non-target" describes the combat mechanics. We won't be tagging enemies in order to annihilate them. Instead, there's a crosshair in front of the character, which determines the vector of attack and using skills, which allows dynamic gameplay packed with action. 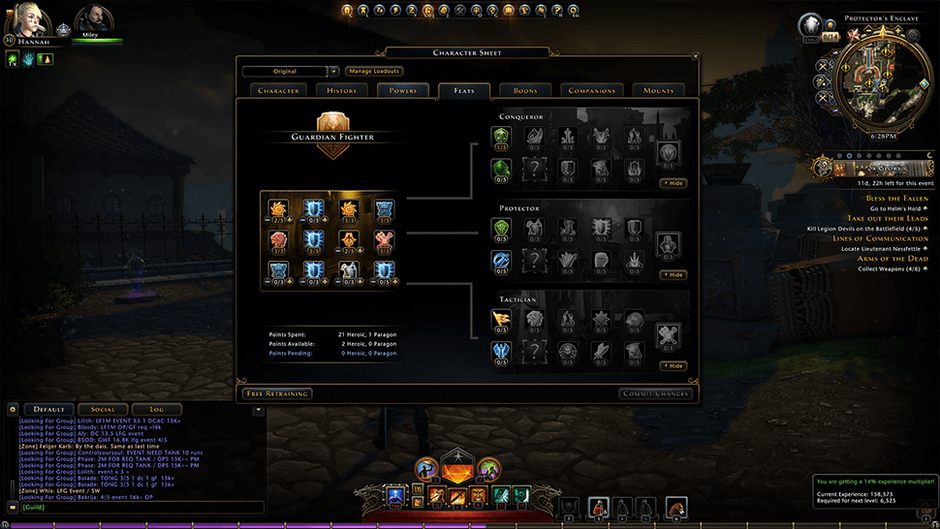 Let's also keep in mind that the incredibly comprehensive character development system is also translated into a complex non-target system. An interesting example can be the skillset of our avatars, divided into:

Of course, developing all skills, talents, perks, and specializations can be done through the right screen. Such richness of features will let you tailor each class perfectly to your own play style, which then translates into its uniqueness. 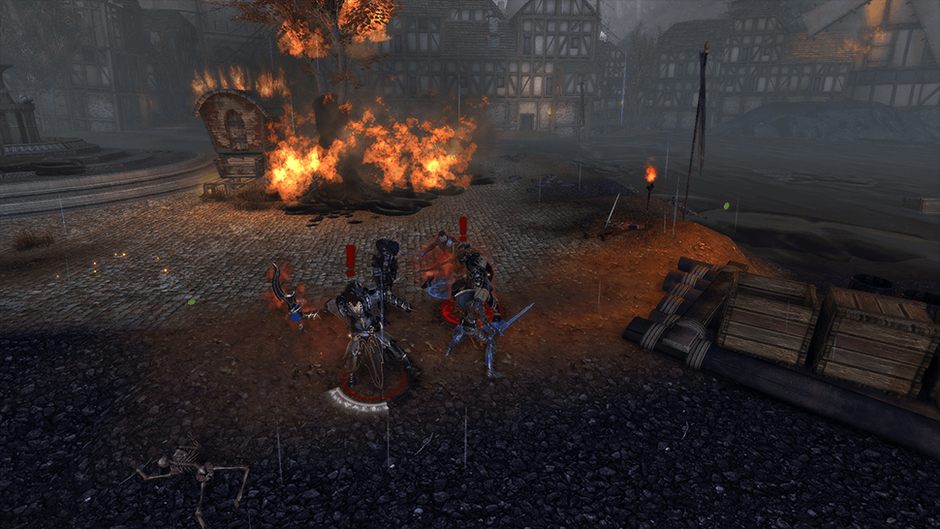 To top it all off, the developers also prepared powerful content-creation tools available for the players. The Foundry – as it's called – is an intuitive content creator that looks like other modding tools, but its application is much different. It allows players to create individual adventures, missions, and even dungeons. The capabilities of this tool are huge and allow players to fully utilize their creativity. The campaigns created by the players can be located in the game's journal, next to quests, achievements and lore texts (which, by the way, is a real morsel for all fans of the universe, who want to expand their knowledge about it). It is also easy to conclude that this tool allows the game content to constantly evolve, and hence stay unique, so there's no way we can get bored even when reaching the end-game. 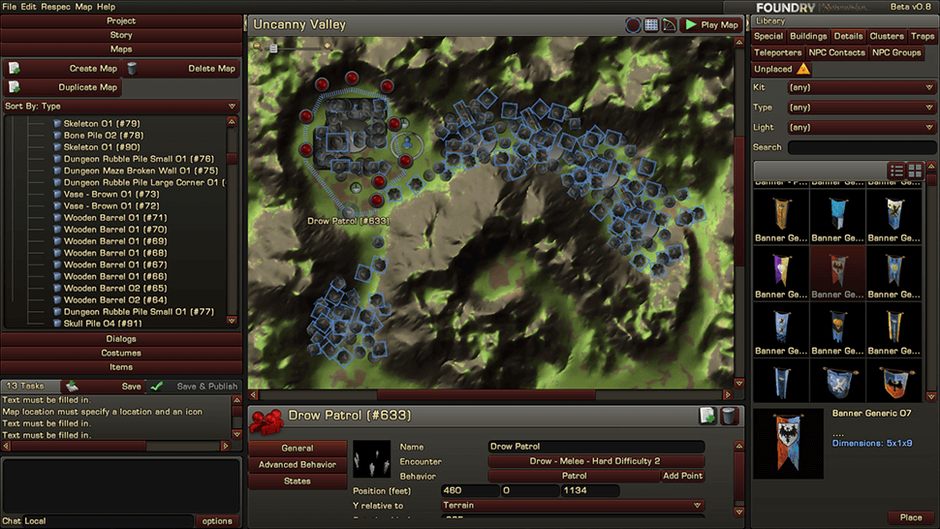 The production by Cryptic Studio is based on the free-to-play model – the game is absolutely free, but in the game store we will find a lot of cosmetic items available for a premium currency called ZEN. The items are elements of apparel, mounts, pets, etc. These items certainly don't affect the balance of the game itself, which is free of the hated pay-to-win system. It is also worth noting that in addition to the ZEN currency, there are also Astral Diamonds, which serve as an intermediate currency, i.e. something between the premium ZEN currency and the basic, in-game one. We will also use it to buy cosmetic items, as well as exchange them in-game for other currencies, we need at the moment. 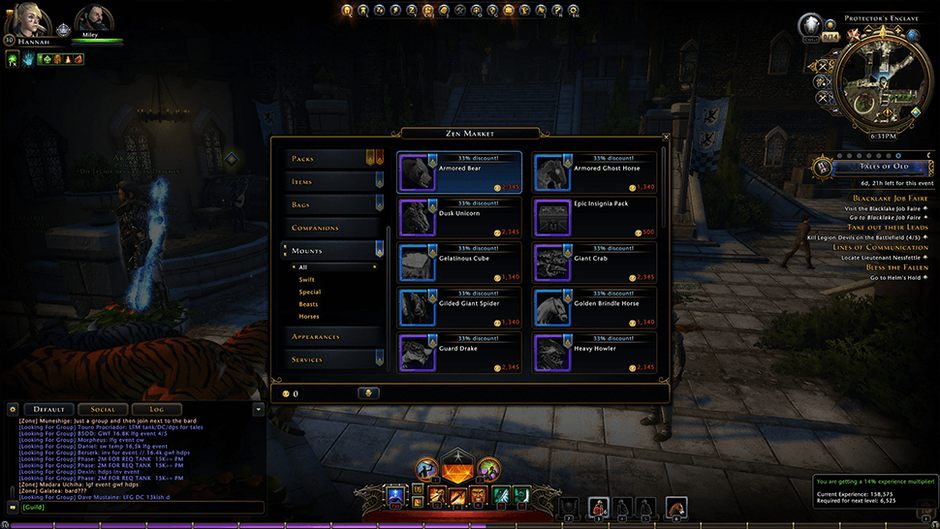 Neverwinter Online is a product that should be appealing not only to fans of the Dungeons and Dragons universe, but also all fans of the magical fantasy worlds! The game is based on well-known and beloved mechanics, complemented by a social aspect that should keep you engrossed in the world for long hours. Quite importantly, the game is absolutely free, so everyone can play it. To top it off, the Foundry allows players themselves to create and develop a game world as a sandbox, leading to an almost infinite amount of content and adventure. So, if you're looking for an extensive, epic multiplayer online game, you've hit the jackpot. See for yourself!

Some tips for new players: