Shaiya is a free, client MMORPG, which has for many years enjoyed great popularity. Despite the fact that the game was released in 2007, the name still is still held in high esteem, and thanks to the years spent on its development, the creators were not able to provide players with an immense amount of content, especially in the so-called "endgame". If you are fan of massive online multiplayer games full of old-school climate with a great deal of nostalgia – this is the perfect game for you!

The beginning of our adventure will be the creation of the virtual alter ego. First, we choose one of the factions based on the archetype of the good Alliance of Light and its chaotic opponents from the Union of Fury. After this first selection, we will move to the customization window, where we'll choose a race (human or elf for AoL and vaila or nordeina for UoF) and class (Defender, Fighter, Priest, Archer, Mage, Ranger in Alliance of Light as well as Assassin, Oracle, Pagan, Guardian, Hunter, Warrior in the Union of Fury). What's more, we'll be able to customize our character with a few options for changing the appearance, and we'll choose... the difficulty level of the game. The Basic mode is recommended for new players, as in the Ultimate mode, the death of the avatar (and not resurrecting it within 3 minutes) completely removes it from the game!!! 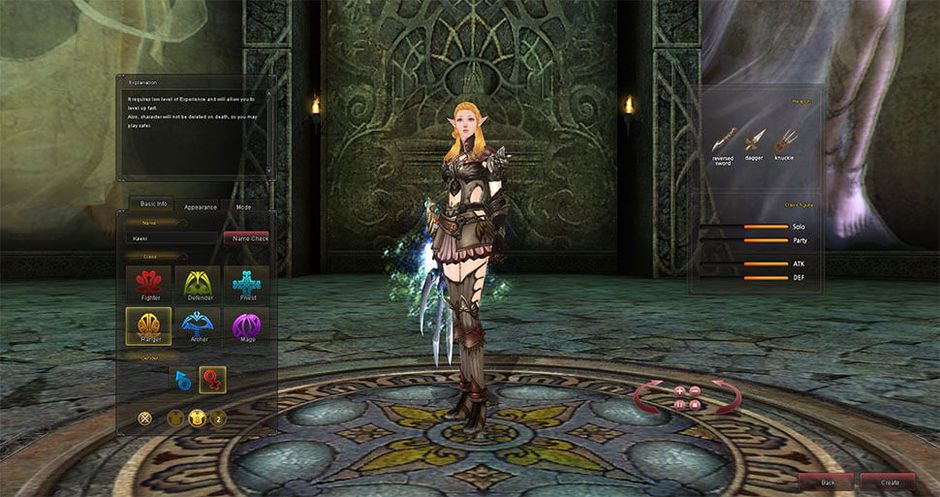 The first steps in the game are performing some tasks in the built-in tutorial, which in a few simple quests will teach us the basics of the game and its core mechanics. Some players will probably immediately notice that the interface (UI) is placed in a very unusual way. What's going on here? I hasten to answer – the game creators have prepared a possibility of a fully (!) customizable interface so that each player can match their preferences. This is a very good accessory that will affect our efficiency in combat. Returning, however, to the game – as it is easy to see, the foundation is the story quests that will gradually introduce us to the game world. The storyline itself – avoiding unnecessary spoilers – is based on the conflict of the above-mentioned factions professing the principles of the goddess of Light (AoL) or Darkness (UoF). 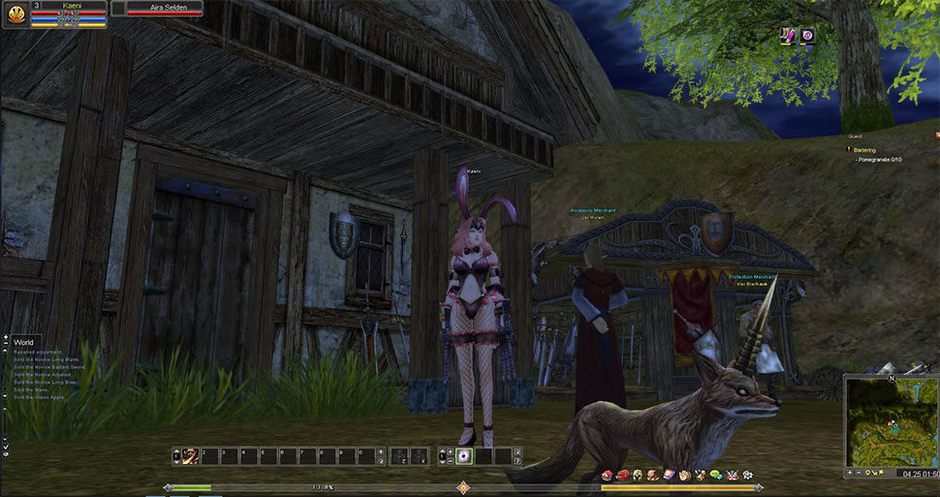 Combat mechanics are based on classical target mechanics, which can be summarized as "point, click, attack." Of course, this is quite a strong simplification, because no less important role is played by skills, which are unique for each of the classes. The very nature of character development is also enhanced with truly RPG elements – statistics points, which we can distribute as we see fit. Thus, there is no one, predetermined way of developing our character. When we are already in the fight, it is very important to mention the punishment for the death of the character. Whereas in the normal mode, it's "just" the loss of part of the experience points, and (sometimes) part of the equipment, in the Ultimate mode – as I said above – our character may disappear from the game after death... forever! Such a solution is old-school MMO in its pure form. 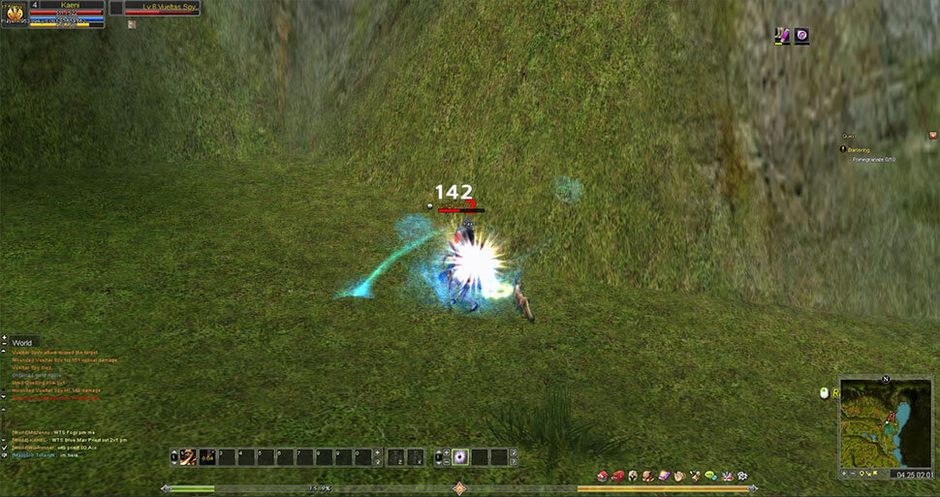 However, let's discuss the fact that most players are most interested in – the endgame. It is divided into PvE and PvP modes. The PvE mode is nothing but skirmishes with powerful bosses in group raids, as well as adventures in the open world. But the single thing that Shaiya has been famous for many years is definitely the PvP mode, which is directly related to the war waged between the two factions available in the game. PvP is inseparable with a unique feature prepared by the developers, called the Blessing of the Goddess. For killing enemies from another faction and destroying their strategic points, each player earns blessing points FOR the ENTIRE SERVER. After filling the entire blessing bar (located to the right of the panel with experience points), our faction will receive global bonuses, such as increased Attack Power, character HP, faster resource regeneration, etc. As if that wasn't enough, our clans will be able to compete in the Guild vs Guild mode, and for all PvP related actions, we'll earn ranking points that will provide the best players with eternal glory! 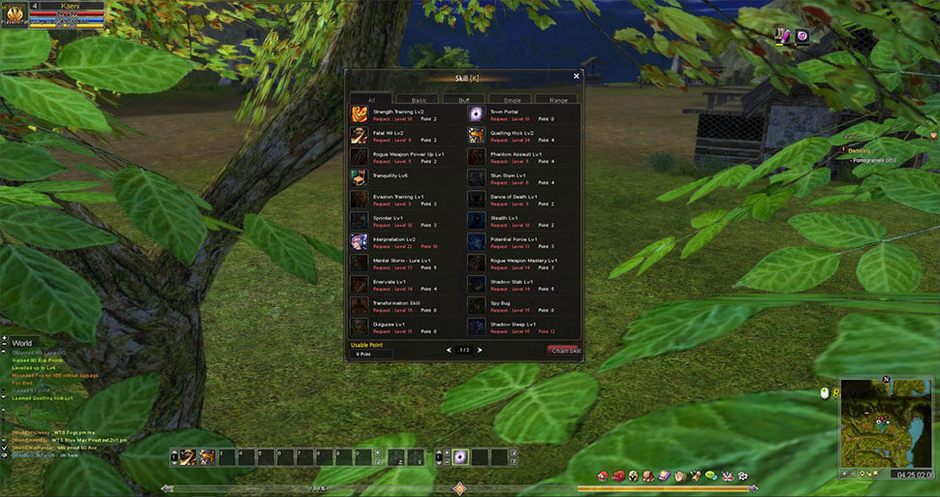 In the premium store, we find mostly outfits, pets, packs and minor buffs, which is the current standard in free-to-play games. However, these are not items that can be called pay-to-win options. Developers and publishers take care to ensure that the gameplay is based on the principles of fair play, an example of which are, for example, free "premium" packages for beginners. There, we can find pets, costumes, and boosters. Moreover, the game store itself is totally optional; the success in fighting subsequent bosses or other players is determined primarily by our own skills, rather than the amount of real cash that someone has spent in the game! 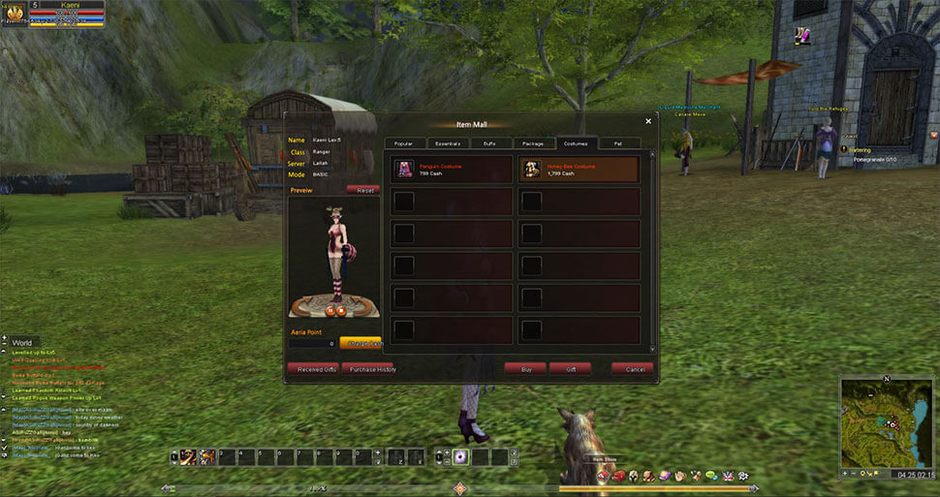 The game by Sonov Entertainment, and released by Aeria Games, is certainly the name, which, despite being almost 12 years old, is still doing great, thus showing many other MMO games how it should be done. The unparalleled atmosphere, excellent PvP and a ton of content forming the so-called endgame are the elements that will keep hardcore players entertained for long, long hours. Not every game boasts such a cohesive and dedicated community, which is great information for new players that will be looking for help. If you are a fan of classic MMO games, Shaiya will be an excellent choice for you! Download the game for free and see if you are up to the task!