Have You ever wondered how could 3D, third-person MOBA game look like? If You did – you came to the right place. Welcome in the godly – literally – 3D Multiplayer Online Battle Arena, Smite: Battleground of the Gods!

Smite is a MOBA made by Hi-Rez studio. There are two things that makes the game different from other in the genre: first one is third person perspective of the God we are actually playing. Second thing is the Gods themselves. We can choose from dozens of mystical characters of the ancient religions from all over the world. 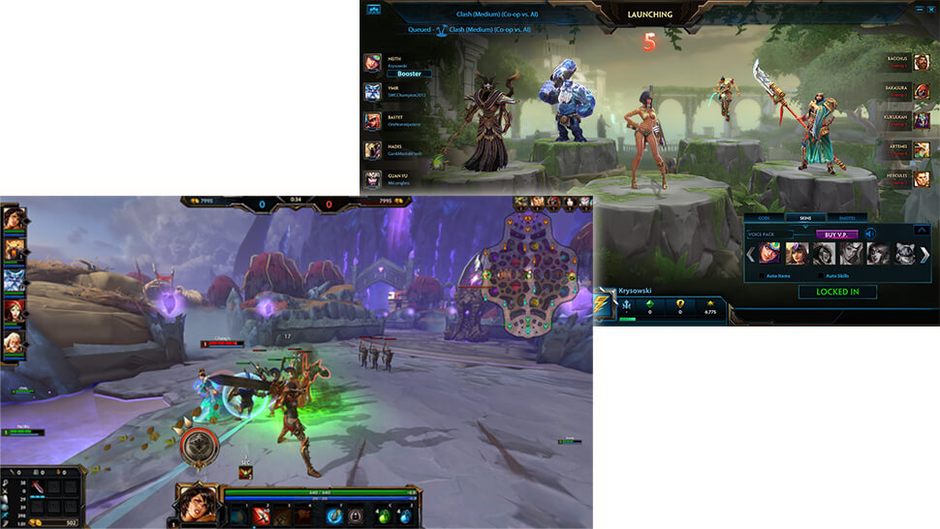 We have to start with creating our personal account, downloading game client and logging in. When we do it, game will take us straight to the tutorial. It is worth to pass it paying attention to the basic mechanics of the game, which will be well explained here. Even if Smite is based on pretty straight-forward MOBA rules, third person perspective changes the standard gameplay completely. Genre veterans will have to learn some of the basics once again (like – for example - last-hitting)! 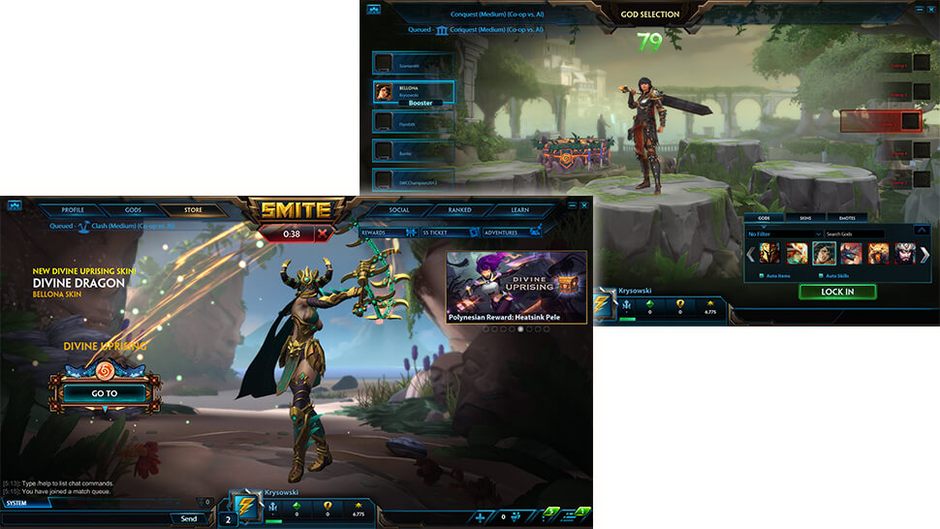 Ofcourse – as I mentioned earlier – most of the rules are the same as the ones known from other MOBA games, however they are reworked a bit. Main goal of the matches is to kill enemy team Titan (same thing as Nexus from another title). We also have to kill enemy minions (known as creeps) – an AI NPCs which provides us some amount of gold. What is more, there are neutral monsters across the map, which drops buffs providing bonuses for the player who picks it. But before you will even think about getting to enemy Titan – watch out! There are guarding turrets which hit really, really hard. The matches are played on various maps (I’ll talk about it later), however the most traditional is the one with 3 lines and the jungle between them. 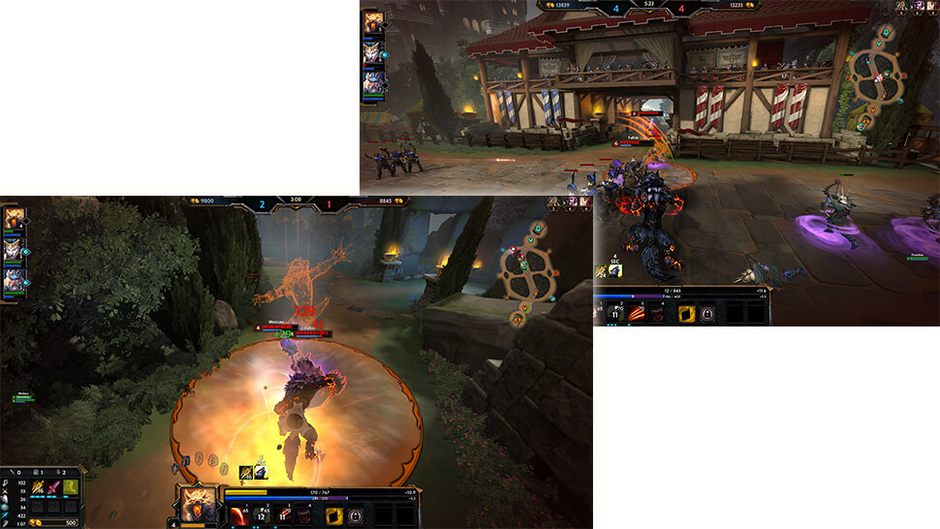 Before we get to the particular game modes and game mechanics, I have to mention the game Lobby, which we will see just after completing (or skipping) the tutorial. We can find a few functional tabs here. Each of them fulfills a different role and directs us to a different section of the game. They will be as follow: Profile, Gods, Store, Social, Ranked and Learn. 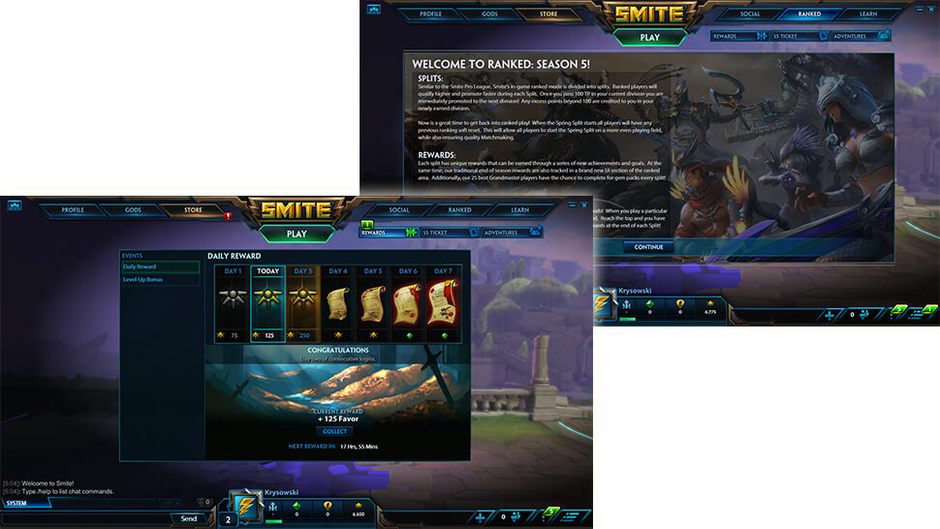 First of them is – as its name says – account Profile, where we will find all the statistics, achievements, games history etc. Second one – Gods – takes us straight into Gods hub. We can check their unique skills, skins that change their basic appearance, voice packs and… their story, what is great addition for everyone interested in Religious Studies! :) 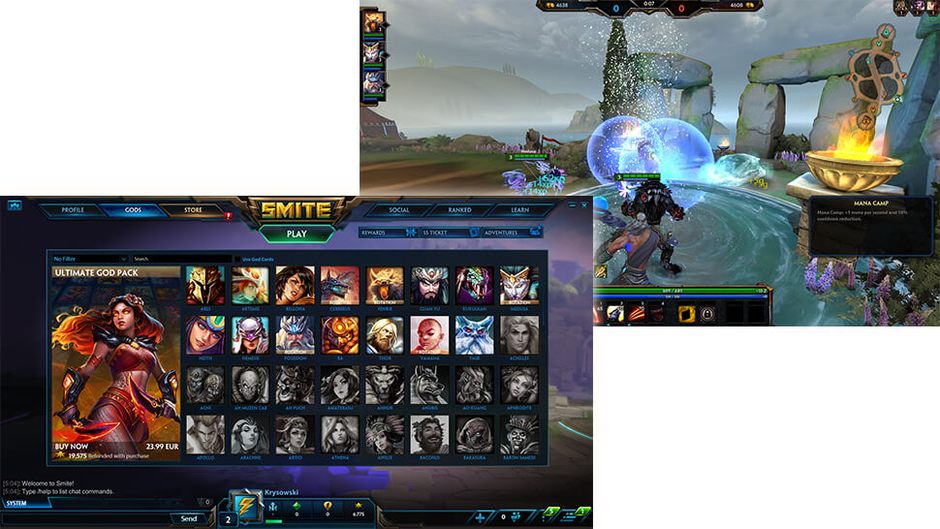 Apart from the Store tab (at least for now) next one is Social. This is the place where You can find socialization functions ofcourse. We can join to the existing clan or even create our own one. Moreover we can also invite out friend to the game in referral system. This option let both of us – recruiter and recruited – get valuable prizes along with the invited player progress. This system allows us to invite not one but many of our friends to enjoy the game together. 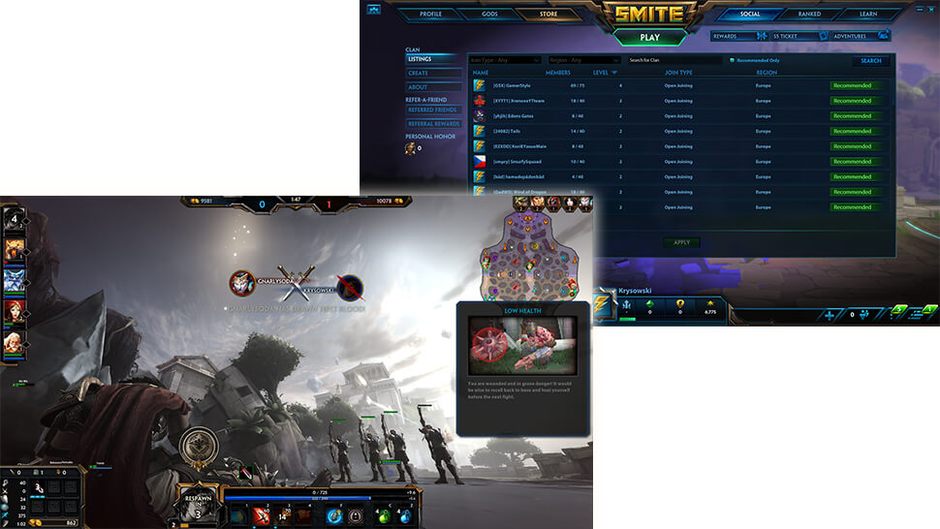 The last tab is Learn. Learn is a place where the producers placed all the premade guides, where we will find the theoretical knowledge of gameplay mechanics. There are not only basic tips for beginners, but also an explanation of more complex mechanics straight from ranked games. 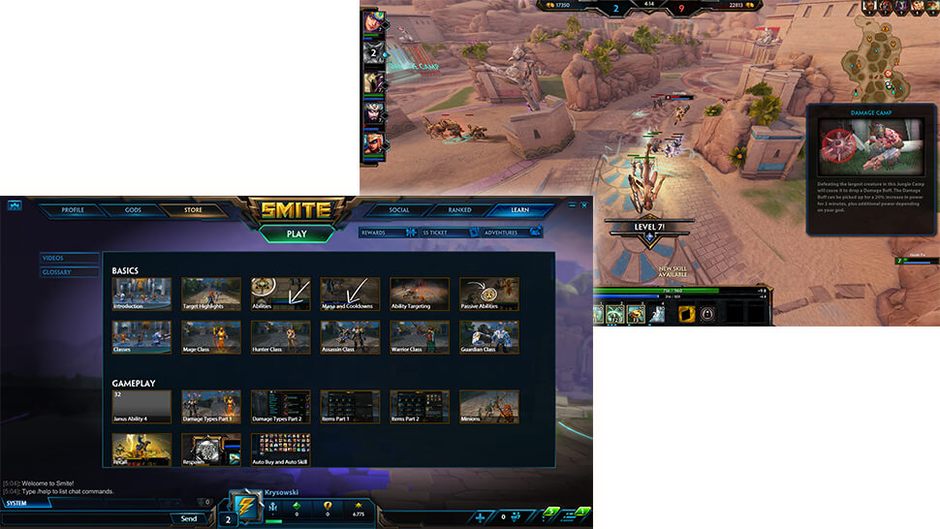 Smaller sections are placed below main tabs, and these are respectively: Rewards (with prizes for daily logging in), SX Ticket (to follow our seasonal progress, for which we can achieve unique prizes) and Adventures with slightly more PVE mode campaigns. 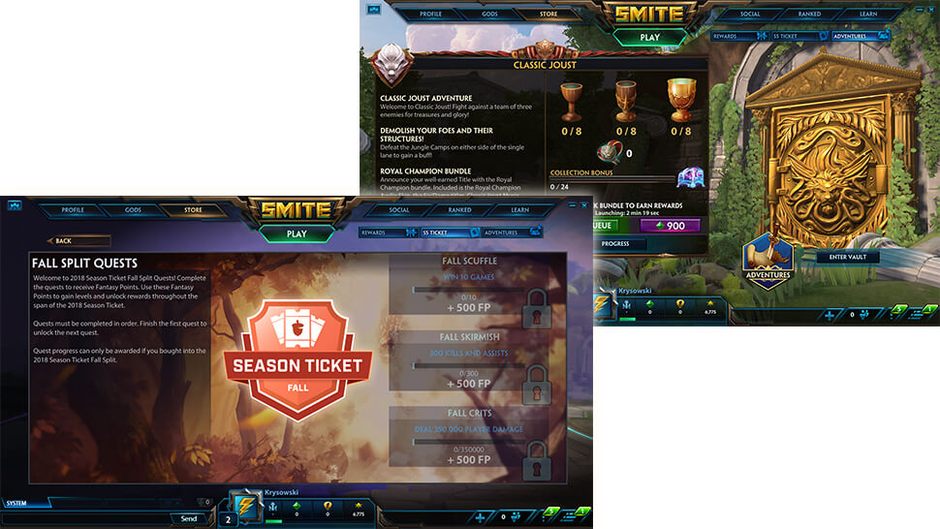 Due to the fact that Smite is a game based on the F2P model, we can find Store tab here and this is - how else – an ingame shop. We can buy Gods, their unique skins, cosmetic items, packages, account servcices etc. here. However You do not have to be afraid - Hi-Rez studio is known for its fairness in relation with a players. Items available in the store for the premium currency - Gems - in large part can also be bought for money earned during our matches. In addition, most items of the store are cosmetics that do not affect the balance of the game, which is crucial for the PVP title! 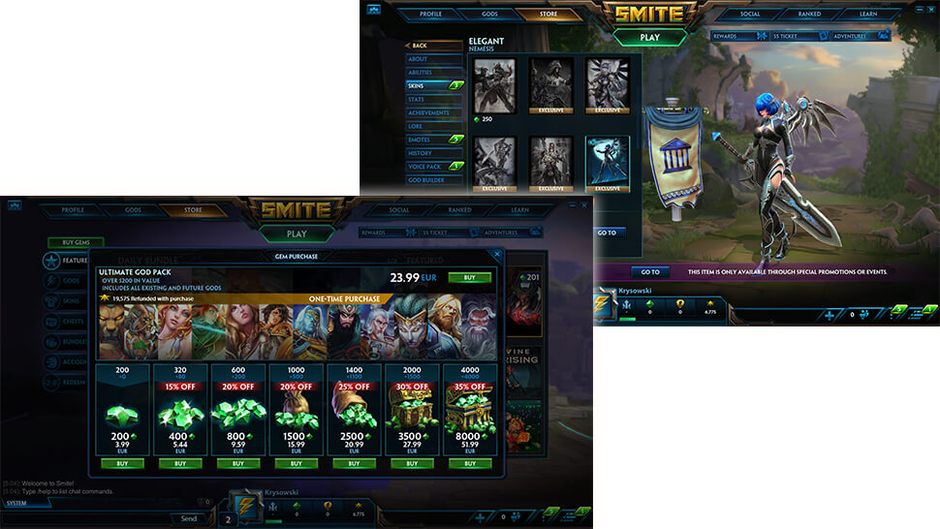 In the middle of the top section we will find green PLAY button, which will take us into the most important part of any PVP game - mode selection window, and these are:

Each of the modes above can be played against computer opponents (AI), as a Fast match (the so-called Normal) and Ranked match intended for most skilled players. In addition, the game offers a Custom Game and Training. These modes are a great place to polish your skills, learn mechanics and test new Gods! 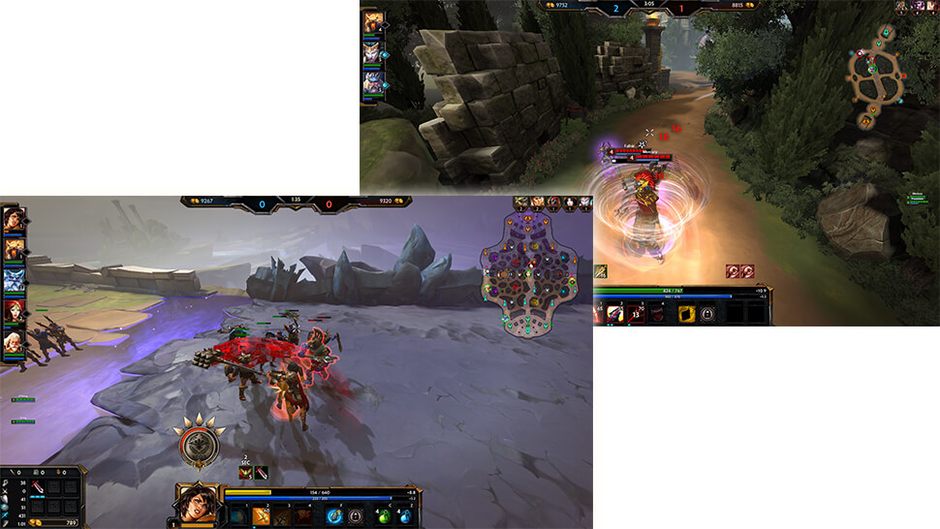 To sum everything up, Smite: Battleground of the Gods is an innovative MOBA game that should be great choice for all fans of the genre as well as complete newbies. The fresh approach of the producers, interesting mechanics, dozens of unique Gods and several game modes should keep us at the front of the computer for hundreds of hours... until we finally reach high ranking in the Ranked game mode.

Few tips for new players for the good start: