Are you a fan of an effective gameplay in which your skills and knowledge of mechanics determine victory? Do you like team play and practicing tactics for the next challenging bosses? The Asian culture and its sense of humor are familiar to you? You've come to the right place. The new game by Lion Games from Korea will throw you straight into beautiful battles filled with action. And yes – this introduction was intentional because everything written there is true!

SoulWorker is an MMORPG set in a beautiful but dark world. We play as one out of the six very non-stereotypical character classes:

The gameplay is largely based on fights with multiple stages consisting of waves of enemies. The developers from the very beginning emphasized that combat will be key, and our success will depend on our knowledge of the system. 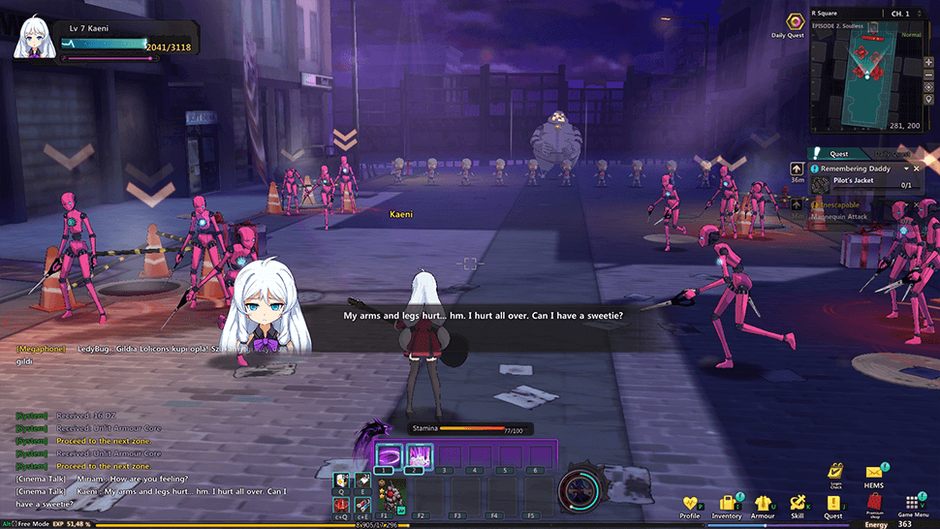 It should first be mentioned that, at first glance, the graphic design of the production is based on the work of the Japanese and Koreans – anime and manga/manhwa. The style that Lion Games chose is pure anime that is incredibly pleasing to the eye. Polished characters, locations and skills make the game to look like an interactive anime. Take my word for it – not only fans of Asian cartoons will find something for themselves here, but more on that later! 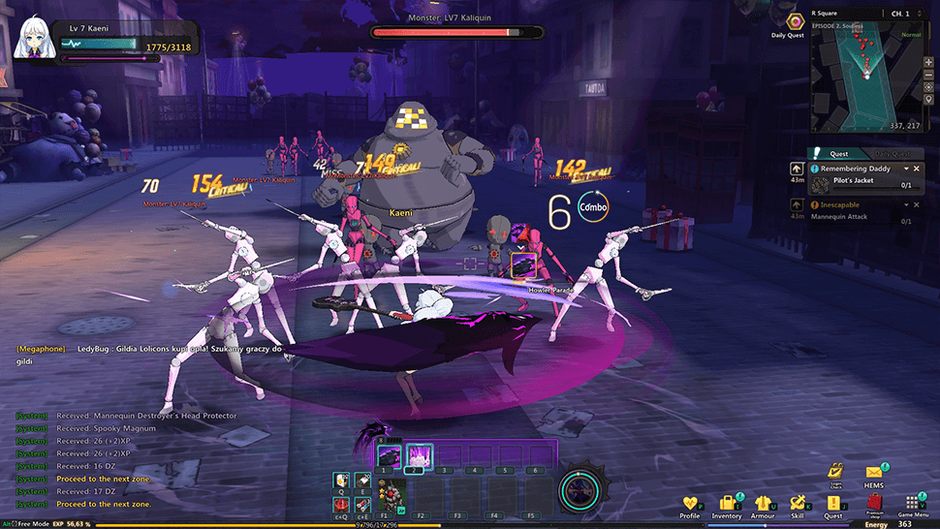 As for the gameplay, SoulWorker greets us with a tutorial, which fits perfectly into the game's plot. You don't have to complete it to play, but if we want to know the beginning of the plot and to hone skills on the battlefield – it is definitely worth checking it out. Especially because the game mechanics are pretty unique, and learning the basic system of combos, slashes, and dodges will be easier on a map where we can't die after losing our stock of beatboxes (the equivalent of healing potions) and respawn stones. When it comes to stones – at the beginning of our adventure, they are very valuable. Try not to use them in locations with easy difficulty. It is definitely better to start a level from the beginning, knowing the skills of the monsters and bosses appearing on that map. 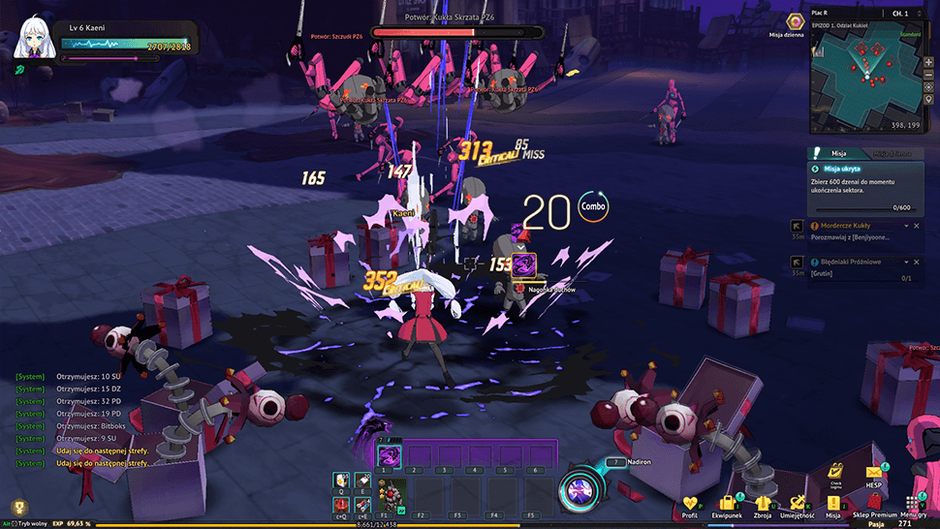 Once we complete the tutorial, the game won't throw us directly into the deep water. We will learn its gameplay elements gradually. First, we will perform very simple missions from the main storyline. At some point, you will unlock access to side missions. Let not be fooled by the simplicity of these tasks! Although at a normal level they are very simple, the more difficult levels like hard and above (e.g. fighting in a group) make the game really very difficult! We have to use the battlefield to maneuver and position correctly, learn which skills create the most effective (and glamorous) combos with other skills, and learn the special skills of individual bosses that are able to defeat our character almost immediately. 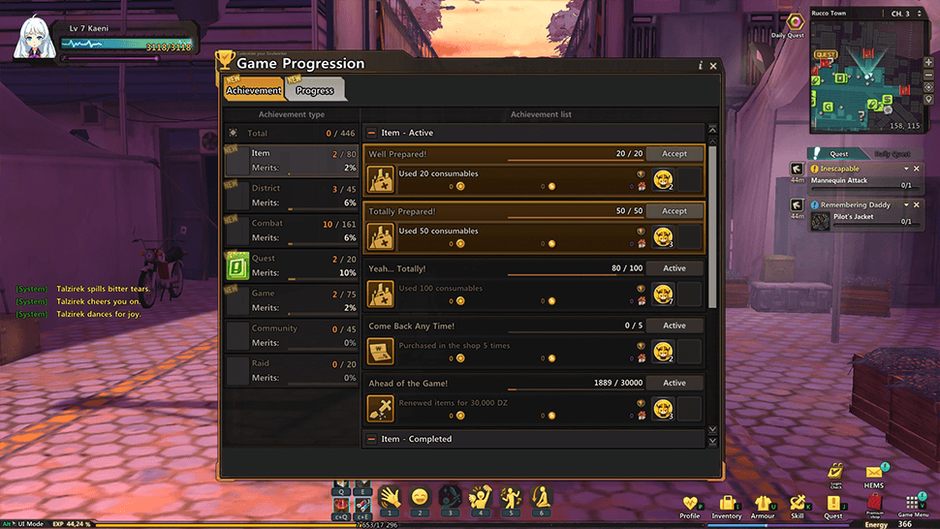 Fights – as you guessed from the previous paragraph – can be performed in a group consisting of a maximum of 4 players. The online element is the most rewarding. Going through the next hordes of monsters alone is fun, but doing this in a group (especially with friends) makes this experience even more incredible, especially since the level of difficulty increases with each member of our team, so the development of a common tactic is crucial. With a higher difficulty level come better rewards. 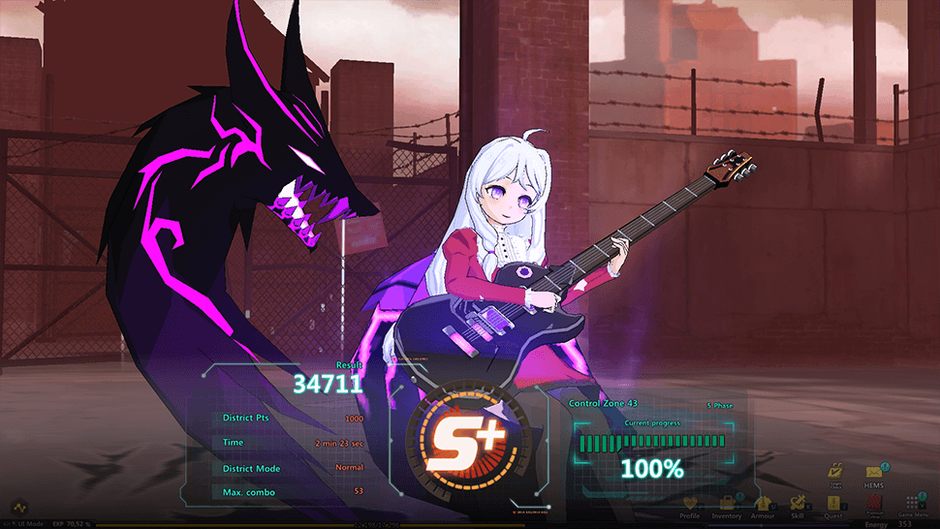 As you progress in the game, you will unlock additional elements of weapons and appearance. Weapons work like in other RPGs – we get new models an upgrade the already owned ones. We can change our appearance by using various cosmetic items. It is worth knowing that the appearance of the avatar depends on whether we are in the neutral zone or outside it. In the case of a neutral zone, our character wears clothes found in the "style" tab. When we move outside the safe zone, we will be in our full combat attire. This in itself is quite grotesque. Remember that one of the characters (Stella) fights with an EmoGuitar! Don't let that confuse you, though. Even these funny types of equipment can be very powerful, and their acquisition and improvement are the second of the main mechanisms of the game. 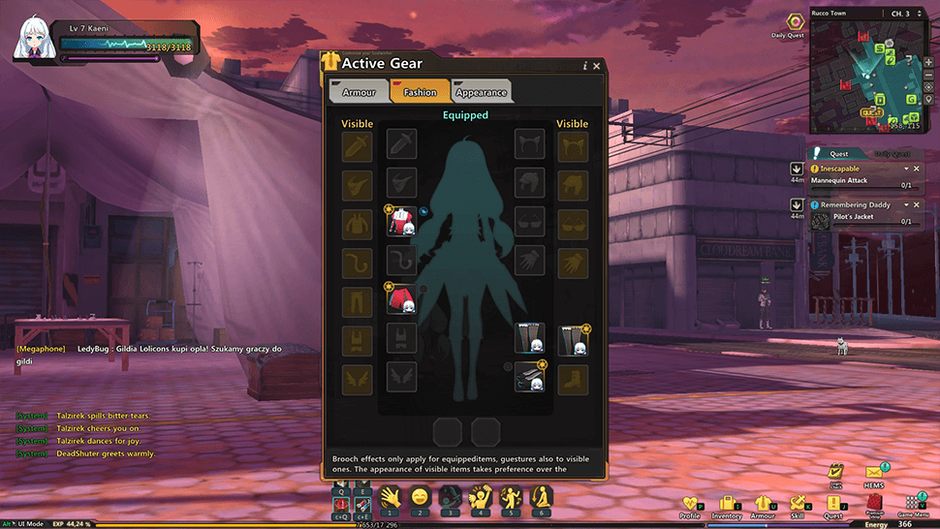 Since we mentioned the items, it is necessary to move on to the topic of virtual currencies, and this game offers as many as four. The first and most basic of them is Dzenai – we can use it to buy items in the store or in the "auction house", craft materials, items, etc. The second is called Aethar. We use it to upgrade and improve items, and we get it from monsters and disassembled parts. The third currency is called PB which we can get from very difficult opponents and missions. It gives us access to Dyster, special and powerful items. Last of them is… 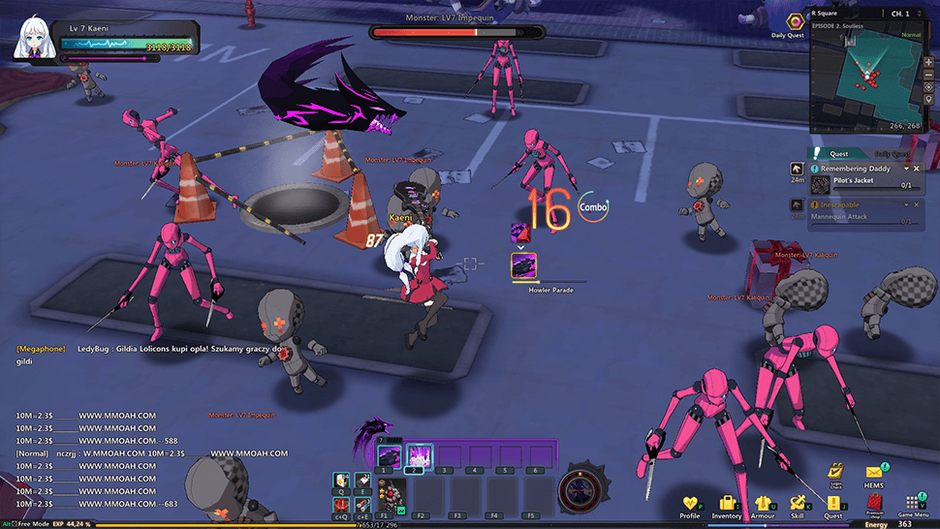 ...SoulCash, a premium currency that will be nothing new for titles based on the free-to-play model. With SoulCash, we have access to boosts, reinforcements, coupons to reset hero skills and cosmetic items. However, you don't need it to enjoy the game, and there is no pay-to-win, especially since the game gives us the opportunity to get SoulCash in missions, awards for daily log-in, as well as other side activities. Premium currency and items purchased for it will obviously speed up (or in some situations will help) the development of our character, but it does not give a real advantage over other players. 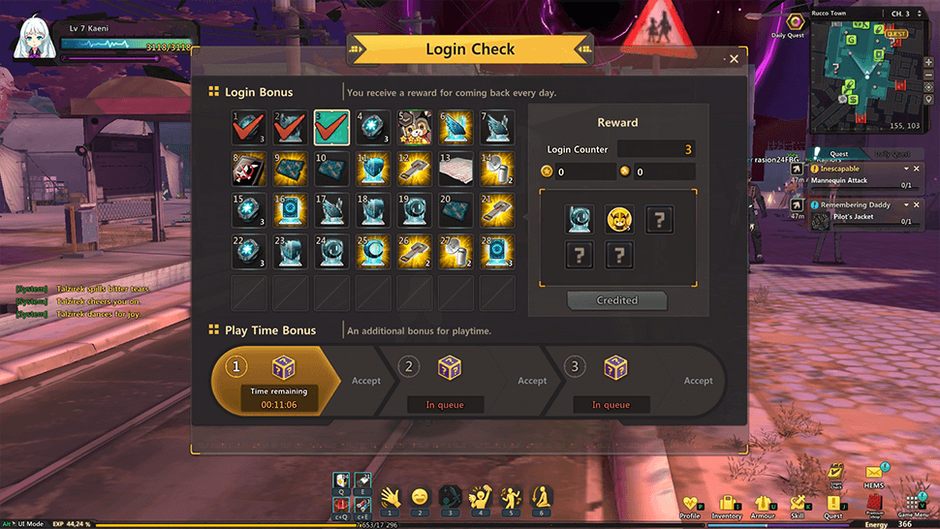 SoulWorker is a polished, free multiplayer game that should satisfy the most demanding RPG fans. The gameplay based on – contrary to popular belief – tactical mechanics is very effective and, at the same time, very rewarding. Thanks to this and the excellent-looking graphics, the game will offer you hundreds, maybe thousands of hours of fun. As if that wasn't enough, the game also offers a housing system, thousands of cosmetic items to collect, and – which is probably the most important – an extremely rich endgame. SoulWorker by Lion Games is great both for anime fans and other players!