Splitgate: Arena Warfare is like a combination of Halo and Portal !

Splitgate: Arena Warfare is like a combination of Halo and Portal series – this is how some journalists described the production of the 1047 Games studio. Grab your weapons and engage in dynamic, futuristic battles with other players in several different modes. The fun is further enriched by portals, thanks to which you can quickly eliminate opponents or escape from even the direst situation.

Splitgate: Arena Warfare is an online first-person shooter, developed by American independent studio 1047 Games which consists of "veterans and fans of the Halo series". The title has no specific plot. Its action takes place in the future, in which extremely advanced technology can be found anywhere. In such a world, groups of warriors are engaged in exciting clashes, in which they mainly use firearms.

You need to know that Splitgate: Arena Warfare is an extremely dynamic game. It brings to mind such classics as Quake III Arena and Unreal Tournament. The basics are very simple. We play with up to ten other players on one of several available maps, such as a nightclub, an outpost full of lava tanks, an ancient temple, or a futuristic stadium (we usually vote for the map before starting a match). Our main task during the game is to shoot at opponents and don't get killed. The key to victory is to keep moving - running, jumping, and using a jetpack. In the latter case, however, you need to be careful - the fuel to it is limited so it is easy to get somewhere you didn't want to get. Fortunately, it regenerates quickly. 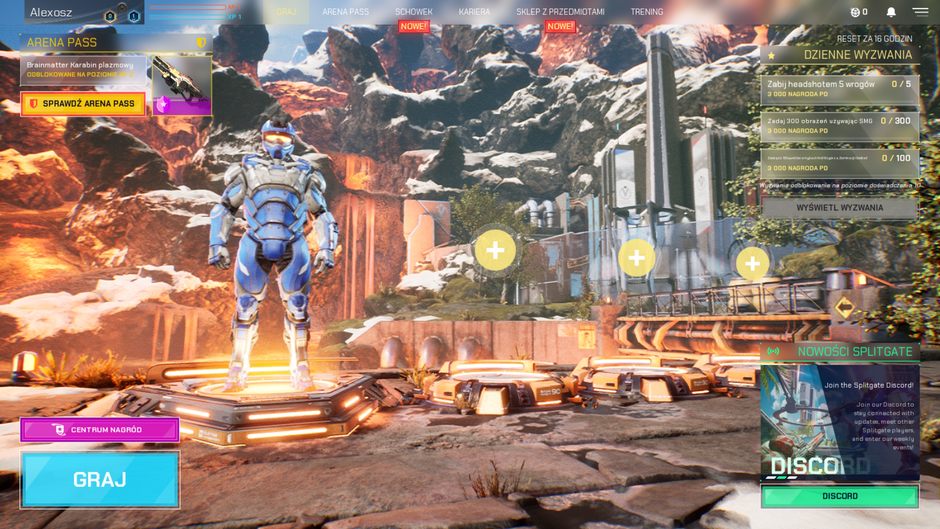 Splitgate: Arena Warfare offers eleven types of weapons. Ten of them are ranged weapons. We have a regular repeating rifle, assault rifle, pistol, electromagnetic launcher, sniper rifle, combat rifle, rocket launcher, plasma rifle, SMG and shotgun. There is also one melee weapon - BFB baton. Each of the weapon types differs in the damage inflicted, the rate of fire, and effectiveness at different distances.

It is worth noting that all players have the same two weapons - this happens after landing on the map, and after each respawn. Thanks to this solution, no one can gain a huge advantage simply by starting with a specific weapon. Of course, you can usually find other weapons on the map, so if you don't like what you got by default, you can exchange equipment for something more suited to your playstyle. 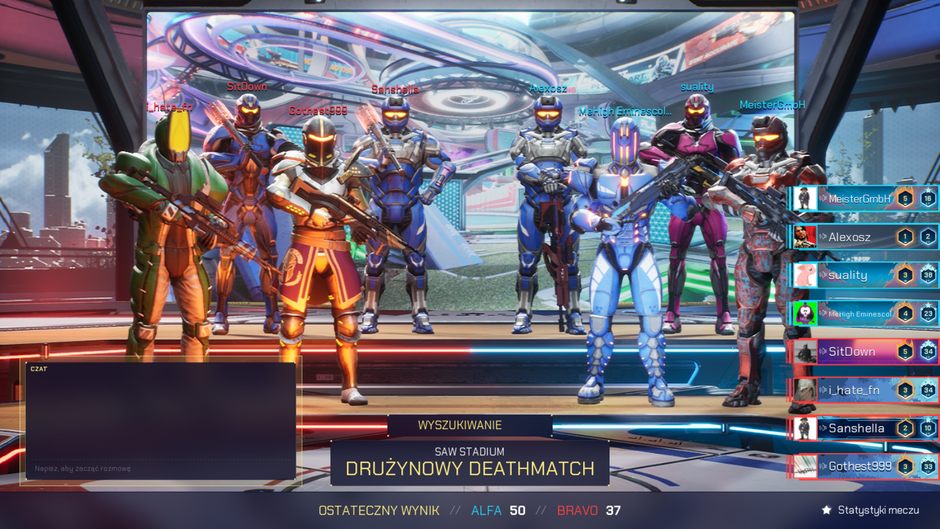 So far, it all sounds pretty standard. Splitgate: Arena Warfare, however, offers a certain element that definitely distinguishes it from other online shooters. The game has portals. They work identically as in the Portal series. Each player can create two "transitions" at any time, connecting two even the furthest parts of the map. This is primarily used for moving from one place to another, getting into hard-to-reach places, and ambushing opponents. You can shoot through portals without any problem.

Interestingly, you can also use the portals left by opponents. However, there is a catch - we do not see what is on the other side, so you can easily fall into a trap. To minimize the risk, you must carefully observe the passage. If it is visibly lit, then most likely there is an enemy near the exit.

Enemy portals can be destroyed with EMP grenades. This can thwart the enemy's plans. Unfortunately, this gadget can't do anything else. 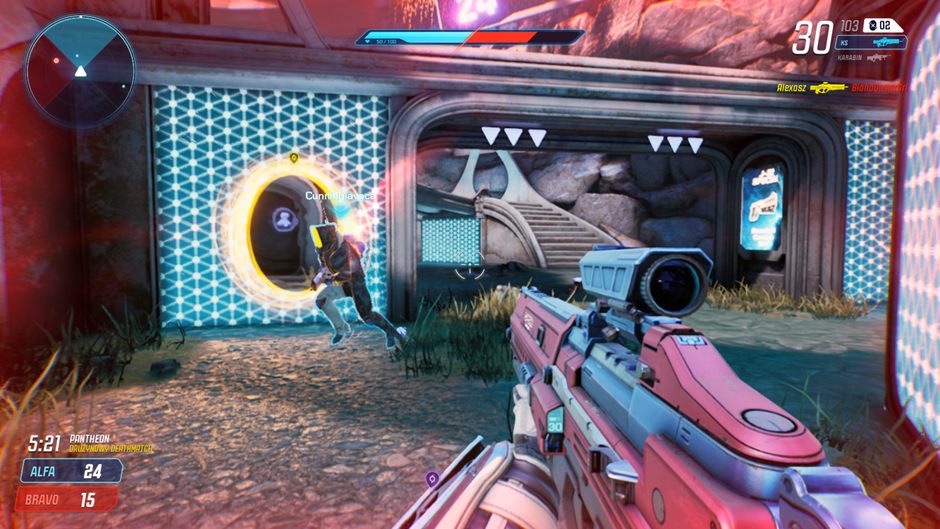 The above information may give some idea of what the basic gameplay in Splitgate: Arena Warfare looks like. However, the specific nature of the matches themselves is determined by the game modes. There are quite a few of them in the production of 1047 Games studio. Among them, we can mention, for example, team deathmatch for eight players, Gungame in which players get new weapons for eliminating enemies, Oddball, in which you need to carry a special ball for as long as possible, or Domination, where it is necessary to take control of certain parts of the map.

When we run the game for the first time, we can only participate in the so-called stress-free mode. After selecting it, we are sent to a random mode. Importantly, you can also set your own match, and determine the maximum number of opponents, etc. 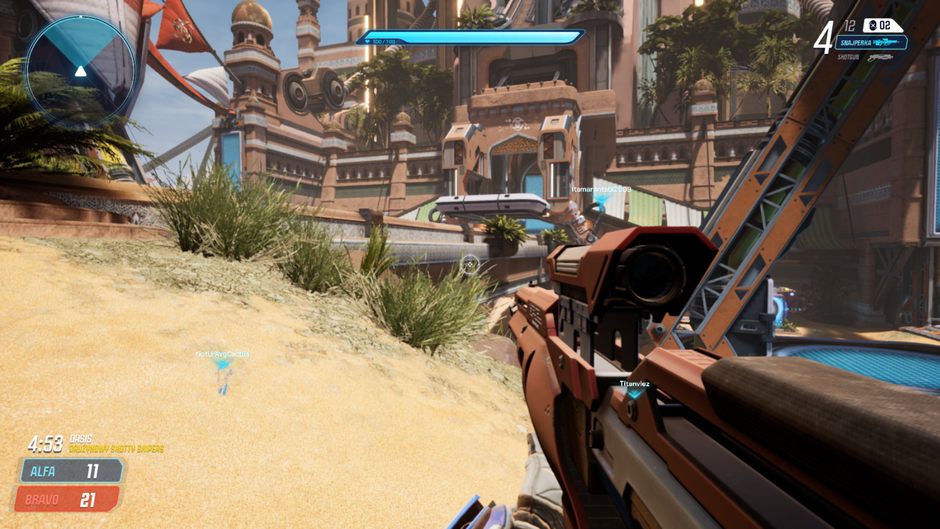 You gain experience by taking part in matches, performing special daily and weekly challenges, or obtaining various achievements. After collecting enough, you will be promoted to the next level. This comes with various rewards. You can get, for example, new skins for weapons and the hero, graffiti, which you can decorate the walls during the game, or player badges. All these elements can be edited in one of the tabs located in the main menu.

After reaching level 20, you unlock the option to participate in ranking matches. After selecting it, you will be able to participate in three modes - Team Deathmatch, King of the Hill, and Domination. Their rules are a little bit different and more challenging than the stress-free versions. Every victory is rewarded with points. The more of them you get, the higher the rank. There are seven in total:

Advancing to the next tier level comes not only with prestige but also with an increased challenge. This means that you will need to compete with better players. 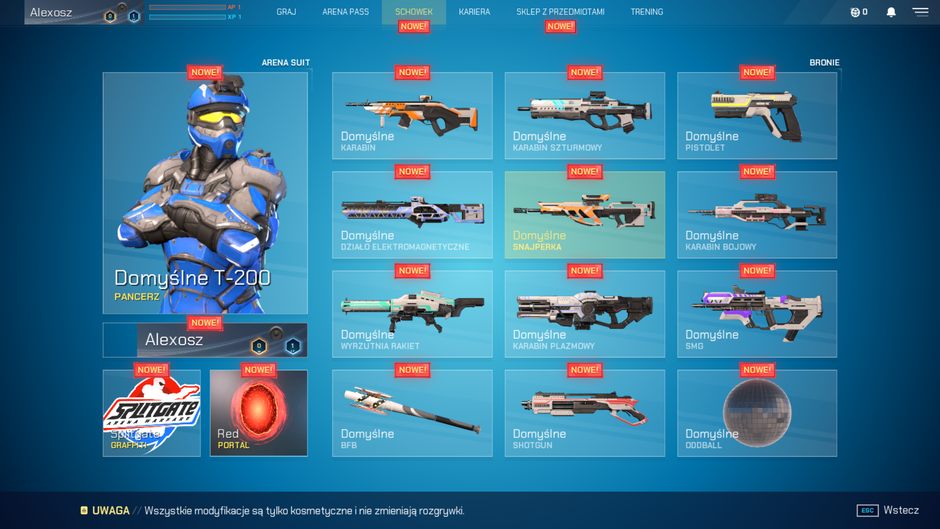 When you reach level 25, you will unlock the ranked Takedown mode. Its rules are very simple - two three-person teams compete on the map. When one of them manages to eliminate all opponents, they get a point. When one of the teams gets four points, they win the match.

In addition to the typically competitive modes, the title also includes training. After selecting it, you can take part in a tutorial that introduces you to the basics of the gameplay (it is mandatory when you run the game for the first time), a race in which you can learn how to move around the maps and a shooting range where you can practice aiming. 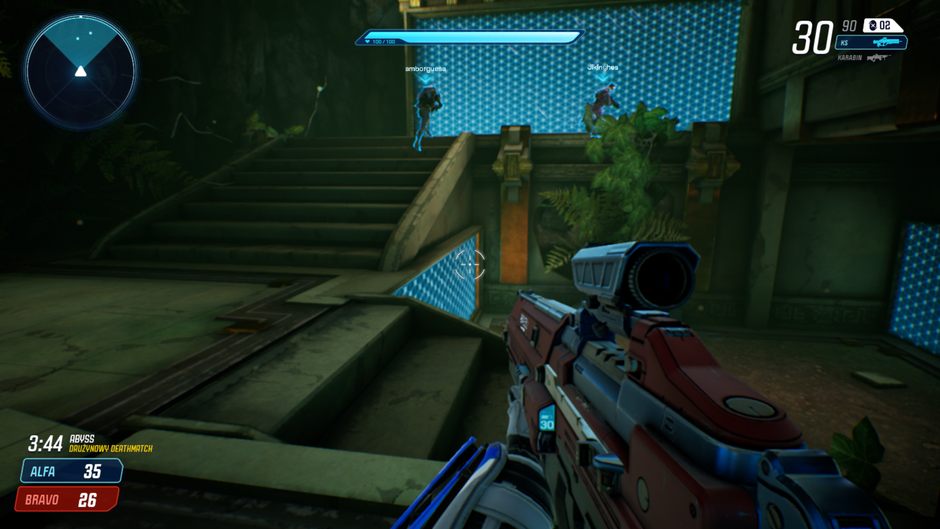 Splitgate: Arena Warfare can also be played solo. In this case, you will join random players. You can also, of course, create a team with friends. This comes with some bonuses. First, you get a bonus to earned experience points. Secondly, if your friend has set up an account and enters your code in the reward center, you will get attractive rewards like skins for weapons or the so-called disco balls.

Disco balls are the premium currency in Splitgate: Arena Warfare. It can be won as various rewards, but the most effective way to collect it is to spend real money. What can it be used for? You can spend it, for example, on skins and the so-called Arena Pass. It works in the same way as, for example, the Battle Pass in Fortnite. After purchasing it, you immediately receive several rewards (skins for characters and weapons, as well as a multiplier to earned experience points) and access to several levels. Achieving them gives you even more bonuses. It is worth noting that the Arena Pass comes in two variants - standard and more extensive. The latter has twenty additional levels. 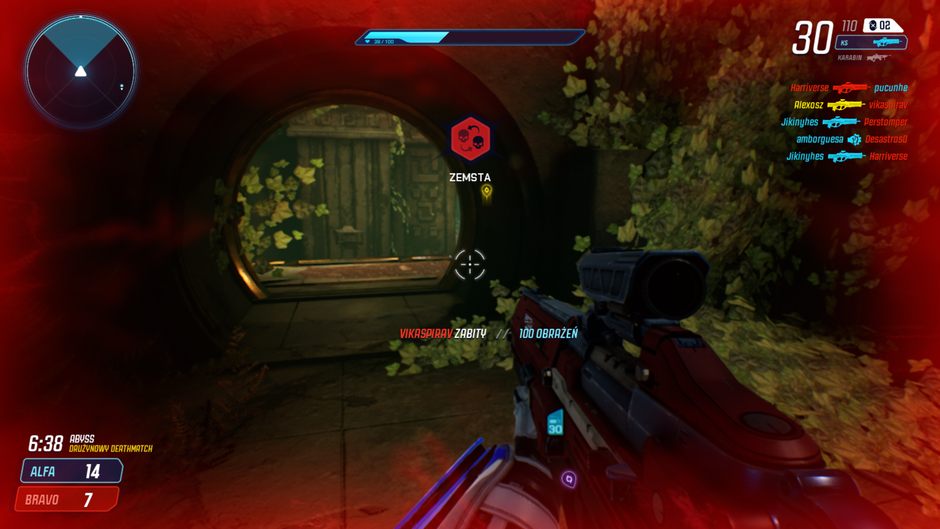 Splitgate: Arena Warfare runs on Unreal Engine 4. It provides eye-catching, colorful graphics that can bring to mind the Halo series, whose fans are, after all, members of the 1047 Games team. As for the soundtrack, some of the songs are orchestral, and some are rock. They manage to make you get into the fighting spirit quite well.

Splitgate: Arena Warfare is a game that is definitely capable of providing a lot of fun. The gameplay is very easy to master, the shooting mechanic is pleasant and people who are at least minimally familiar with the FPS genre should not have a big problem occupying high places in the tables. And to top it all, there are portals that provide additional tactical options and add extra depth to the game. Therefore, we invite you to join the dynamic matches in the arenas of the bloody futuristic sport.