Imagine a dense jungle. However, in its center there is a huge metropolis, full of breathtaking structures. And now imagine that it was all created by your hands. Tentlan will help you realize this vision. Play as one of the leaders of the Mayan civilization, build your empire and fight against other players in an immersive strategy taking place in a pre-Columbian America.

Tentlan is an economic game developed by Lionmoon UG studio available directly through a web browser. The title takes place in the golden age of Mayan civilization, before the Europeans arrived in Central America. We play the role of one of the Ahau, a kind of noblemen and leaders of local communities. When our predecessor disappears in unexplained circumstances, we are left with the task of building a new city and protecting its inhabitants. Thus begins an adventure filled to the brim with references to Mayan culture and mythology. 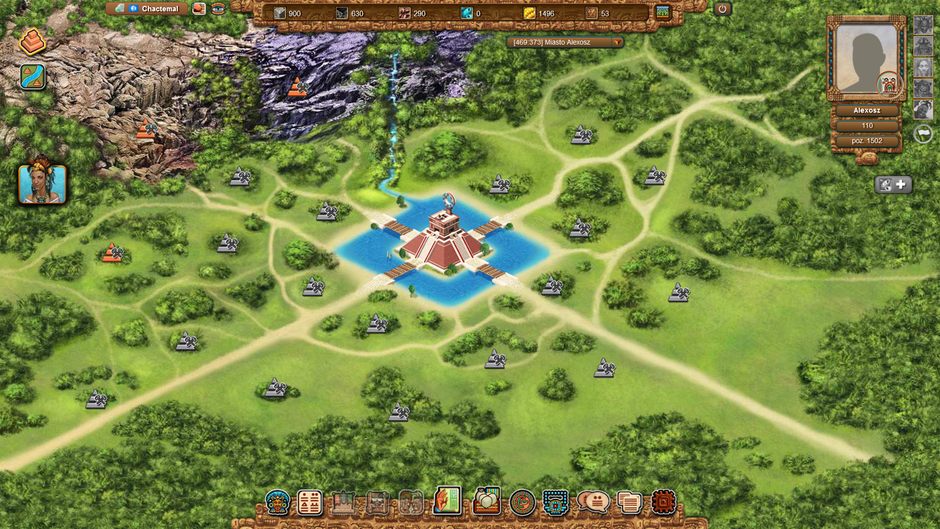 You will spend the majority of the time in Tentlan on the map of your city. It is divided into a number of fields. You erect buildings by clicking on them. The first construction that we need to create is the so-called Temple of Light. It is the heart of the metropolis. It generates a population that is necessary for the proper functioning of the settlement. The population grows gradually until it reaches the limit, which we can see by hovering over the icon located to the right in the upper bar.

The population is necessary for virtually every type of task. You need a specific number to erect more buildings, produce raw materials, conduct scientific research, etc. If we reach its limit, we will not be able to perform further actions. Fortunately, once the action is completed, the citizens assigned to it return to the pool. 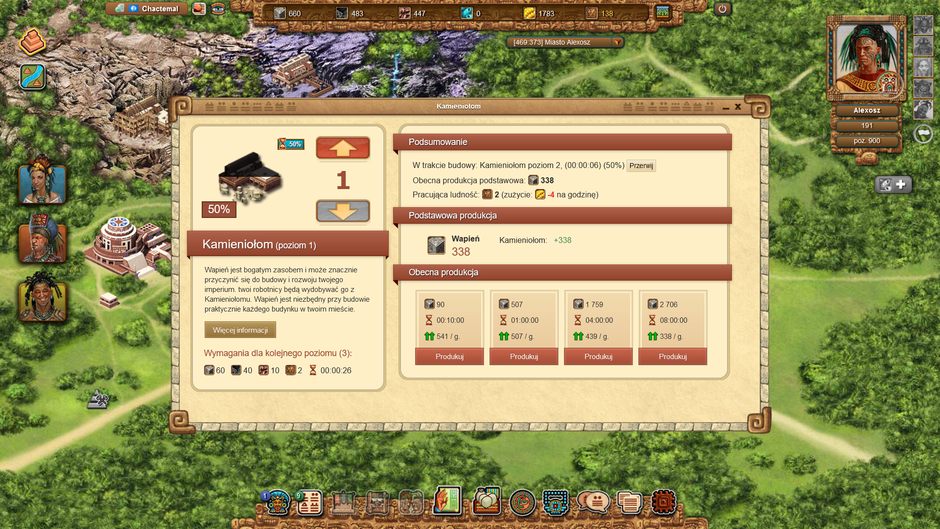 Once the Temple of Light is ready, we can focus on getting other important resources. The first is stone extracted in quarries, the second is obsidian obtained in mines, the third is corn grown on farms, and the fourth is cocoa growing on plantations. Interestingly, these resources are not produced automatically after constructing specific buildings. Instead, we have to commission someone to deal with cultivation or extraction. There are four production cycles - 10 minutes, 1 hour, 4 hours and 8 hours. The longer we choose, the more resources we will get at the end, but paradoxically the shortest one is the most effective. Therefore, purely from the point of view of profitability, if we plan a longer session with the game, it is best to order 10-minute cycles and then keep repeating them.

The most important resource of the four mentioned above is corn. It is used, among other things, by our citizens when performing their tasks. Depleting its stock imposes a number of penalties, including a decrease in production to 15% or a gradual reduction of population (a minimum of 50 inhabitants will remain).

You need stone and obsidian to make buildings. In turn, cocoa is a kind of universal currency and is used for almost any activity.

At the beginning of the game, the amount of resources we can gather is severely limited. To increase this limit, we need to build a warehouse. There is also an option to exchange excess stock of a given material for another. That's what the market is for. 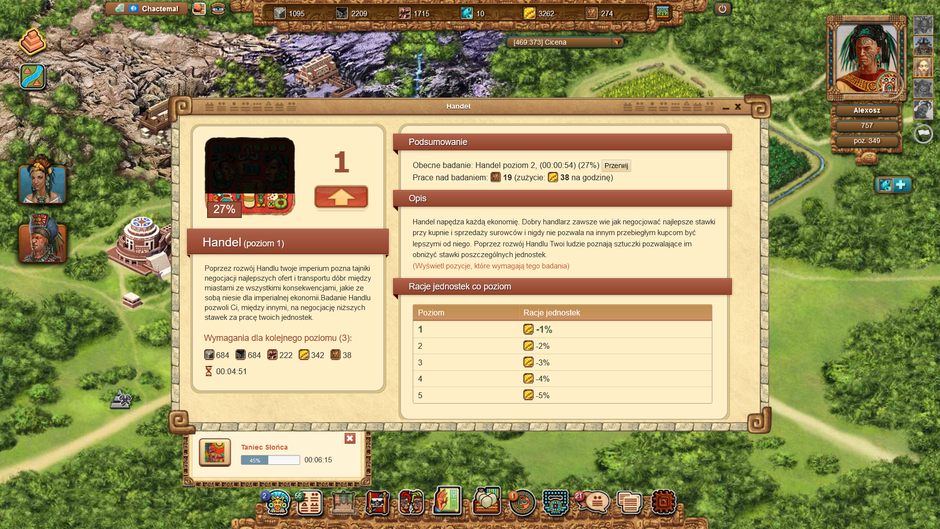 We can also improve every building we build by using the right amount of raw materials. This will definitely increase their efficiency.

It is also very important to know that some structures can only be erected during specific seasons. We can change them as part of special rituals that take place in the moon temple. They last about half an hour of real time and have a two-hour cooldown. However, before you decide on it, you must remember that each season, in addition to the undeniable advantages like the aforementioned option of building new buildings and various bonuses to the speed of conducting research, also has some disadvantages, such as longer production of raw materials.

If we run out of space on the map of one city, we can always recruit settlers and make another. The more settlements you have, the faster you will be able to produce raw materials, for example. 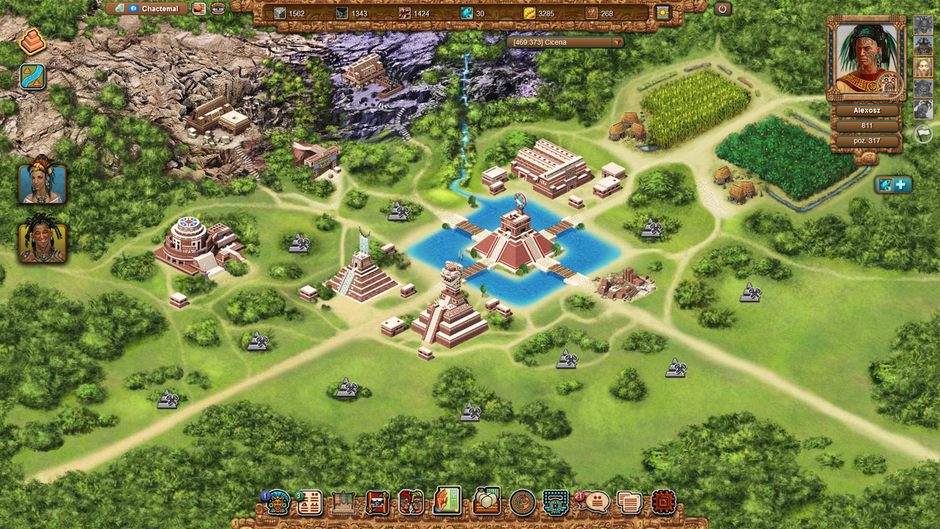 But economic development alone is not enough to build a powerful empire. It is also important to develop technology. You do that in the observatory. In Tentlan, there are fifteen areas of science. The list includes mathematics, nature, agriculture, astronomy, cosmology, goldsmithing and medicine. Research on each of them gives various bonuses, for example, to production or they unlock the option of building further structures.

Unfortunately, the world of Tentlan is not safe. Therefore, it is very important to train your army. There are fifteen different units that we can call to arms. At first, only the basic ones are available, but with the development of our settlement and technology, we will have access to increasingly more powerful ones. However, you must remember that the warriors require corn. If they don't get it, they'll start to lose their stamina over time. 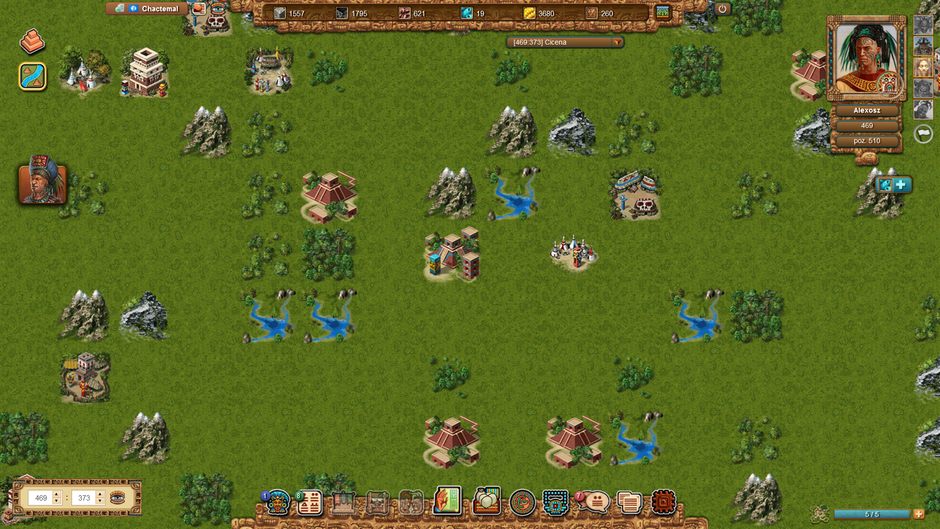 The basic task of the army is to defend our city from aggressive neighbors. If they lose a battle, we will lose large amounts of raw materials. We will be able to keep only those that are collected in a special building, known as the underground cave.

In addition, you can protect yourself from attacks by building a watchtower and a wall. This first building will warn in advance of the approaching enemy army, and the second will force it to make more effort in order to get into our city. 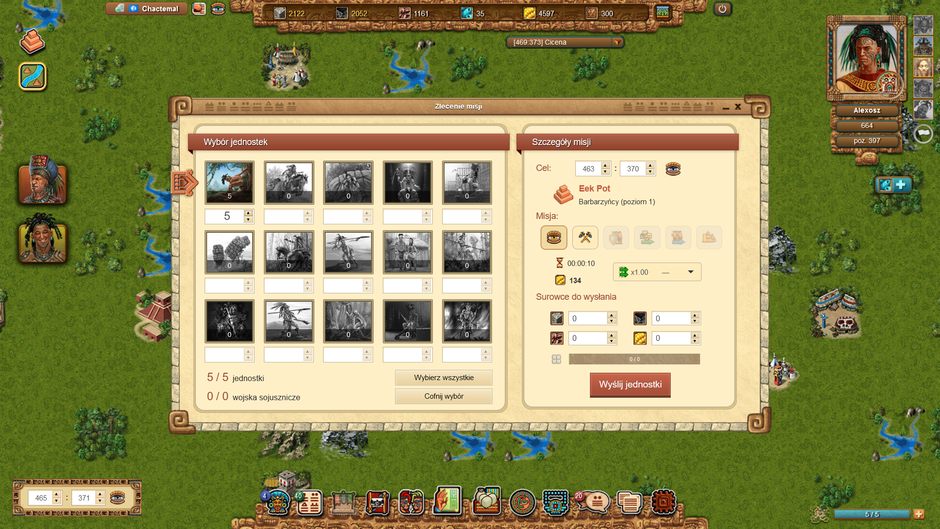 We can also send our warriors on a combat mission outside our city. There are two types of targets on the world map. The first is Barbarians. Defeating them lets you collect Amber. They are used for spinning the Tzolkin wheel, thanks to which we can get a number of valuable rewards such as additional resources, various bonuses for the production or operation of certain buildings and units.

The second type of targets are other players. We can attack them and steal their supplies to further develop our settlement. 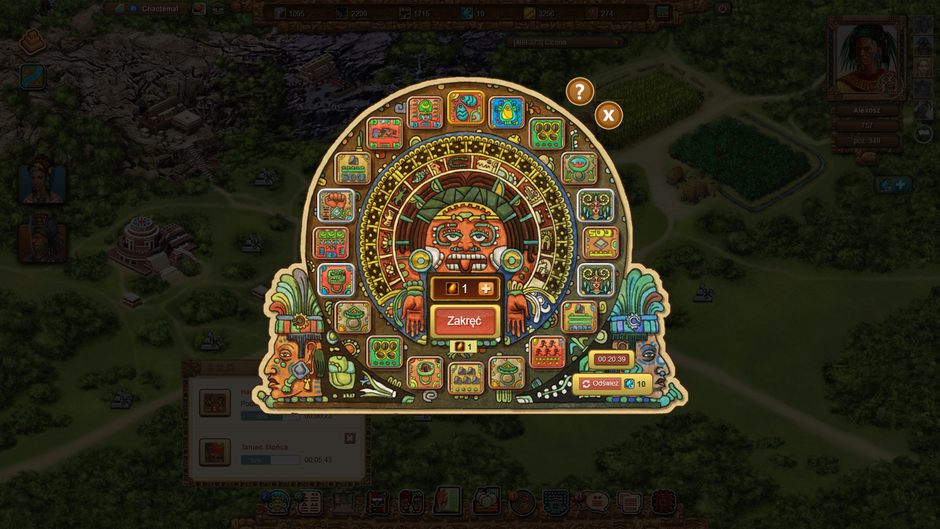 However, before we decide to attack someone, it is worth to send spies to the enemy settlement. They are able to inform us about fortifications and troops belonging to the enemy. We can put any variables into a convenient simulation that will tell us what the outcome of the battle will be if we send specific forces. This solution allows for more accurate planning of expeditions.

However, contact with other players does not necessarily have to end in a battle. We can also send messages and resources to them, and even defend their city from attack. In addition, there is the option of joining tribes, that is, alliances, whose members can support each other. In order to become part of any larger alliance, we have to build a tribal council hall. 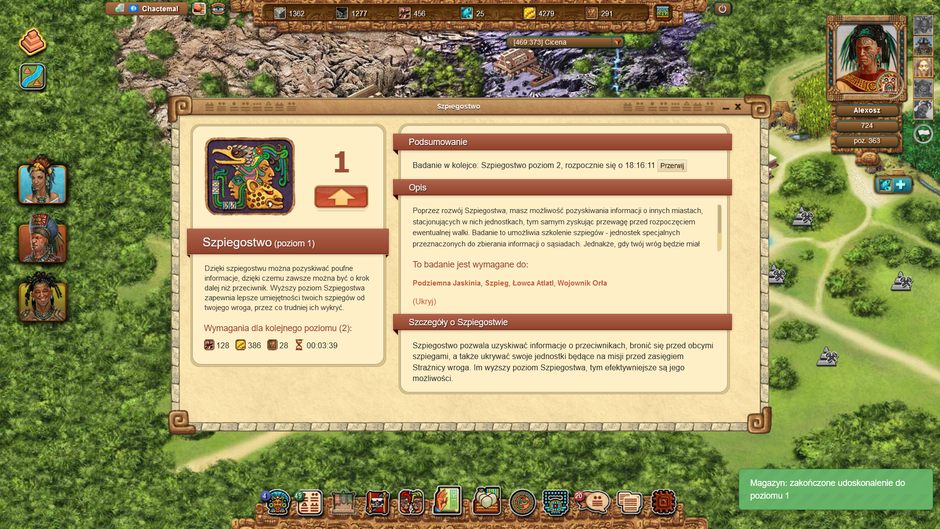 Although most activities in Tentlan require us to spend relatively easily available resources, some things, such as the blessings of the gods granting various bonuses, the option to change the location of the city, accelerate research or production in buildings, protect against enemy attacks or increase the strength and endurance of our warriors, can be gained with premium currency – Turquoise. Small amounts of it will be obtained during the game, but large amounts are available for real money.

Tentlan offers two-dimensional, colorful and transparent graphics. The models of buildings can give you an idea of what Mayan cities might have looked like in the past. The icons are also made in a style reminiscent of pre-Columbian America.

Tentlan is therefore an excellent choice for people interested in both world history and simple economic strategies. Expanding your settlement, producing raw materials, developing science and waging wars will keep you busy for long hours. Colorful descriptions can spark an interest in the culture and mythology of the Maya. We invite you to check out the Yucatan peninsula.