MMO in Lord of the Rings world!

Dark Lord and his henchmen threaten a magical land. Only the players' armies can face it. Expand your domain, recruit soldiers, fight the forces of darkness and lead your faction to domination. Glory is waiting to be claimed!

The Third Age is a strategy game developed by studio R2 Games. It can be played both on a PC browser and Android. The action takes place in a magical world, similar the one known from the Lord of the rings and other works by J. R. R. Tolkien. He is constantly endangered by the Dark Lord and his henchmen, creatures recruited with the help of black magic. Unfortunately, the threat does not stop the three warring factions: Watchmen's Union, Storm Empire, and Blood Tribe, from fighting each other. That's the situation when the player starts the game. Your task is not only to deal with the forces of the Dark Lord but also to lead a chosen faction to dominate others. 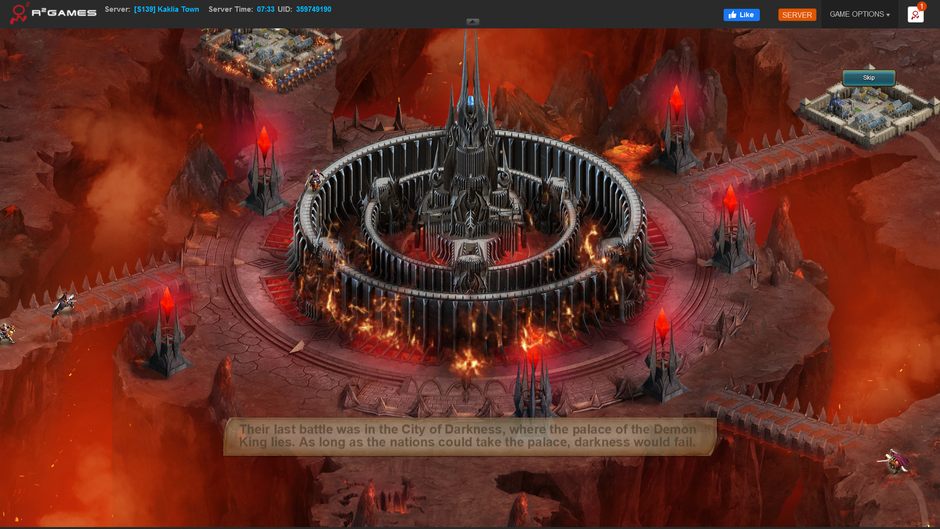 However, to achieve these objectives, it is necessary to have adequate facilities. Therefore, the center of the game in The Third Age is your city. It is full of buildings of various purposes, which you will unlock with time and level them up to increase their efficiency. For example, the Castle is necessary to unlock new gameplay options, the College, where you can develop new technologies that make it easier to survive in the dangerous world of the game, barracks used to recruit more soldiers or, finally, a tavern where we can collect fragments of heroes for beer. After collecting enough of them, you get the chance to add another character to your team.

In The Third Age, heroes are essential to lead troops into the battle. Each can command only one type of warrior: infantry, cavalry, archers, or mages. Each of these has its strengths and weaknesses, creating a paper-scissors-stone mechanism. So the cavalry is very effective fighting infantry, infantry easily deals with archers, and archers crush cavalry. The mages are not particularly effective against anyone, but no one is specifically dangerous to them. 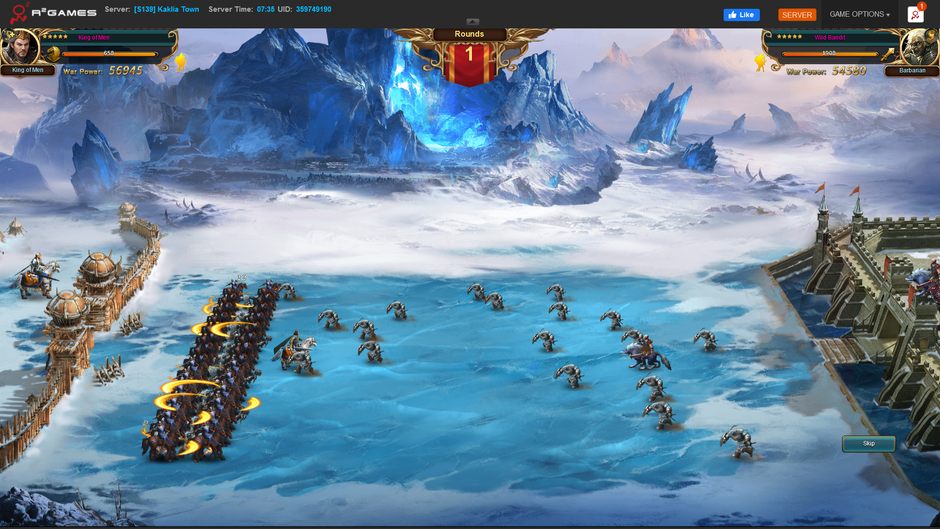 The effectiveness of different types of troops is determined not only by their individual statistics but also by the characteristics and skills of the heroes leading the individual troops. They develop with the acquired levels and items that can be combined in the so-called Crests guaranteeing various bonuses, etc. Interestingly, the heroes have a corresponding pair. If you manage to activate the fare between two characters, you will get additional bonuses.

But how can the heroes accumulate experience and new items? First of all, taking part in the Hero Trials. These are story-related series of battles with various opponents. Before each of these fights, you have to decide which characters will be sent to fight and in what formation they will be placed on the battlefield. It is worth thinking carefully about this before the fight and, for example, don't place archers on the front line. 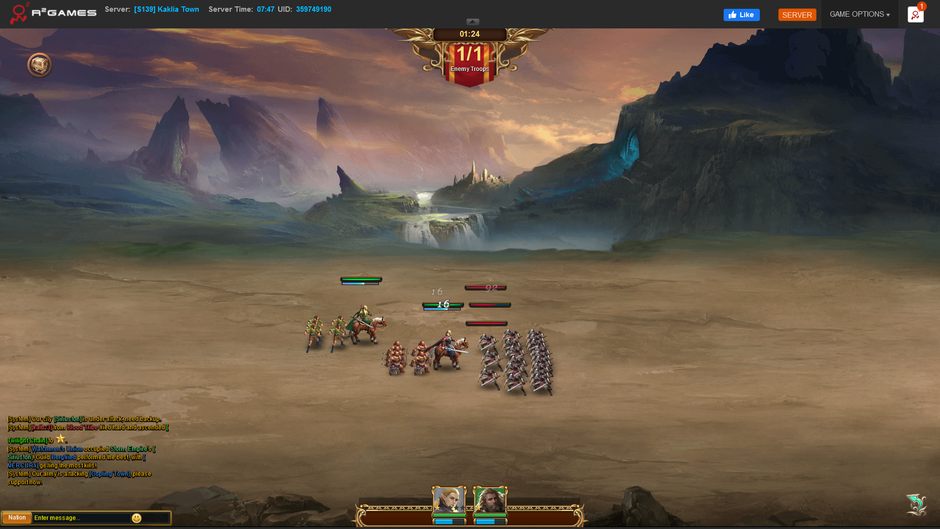 During the battle, two bars counts. The first, green one, symbolizes health. If it falls to zero, the hero and his subordinates will withdraw from the battlefield. The second one, blue, determines the charge of the special ability of the hero. If it fills (it happens automatically during the fight), then you can perform a mighty attack or, for example, heal other units.

By performing successive attempts of two levels of difficulty (normal and elite), you use endurance. It regenerates over time. This system prevent the possibility of passing the next stages too quickly. 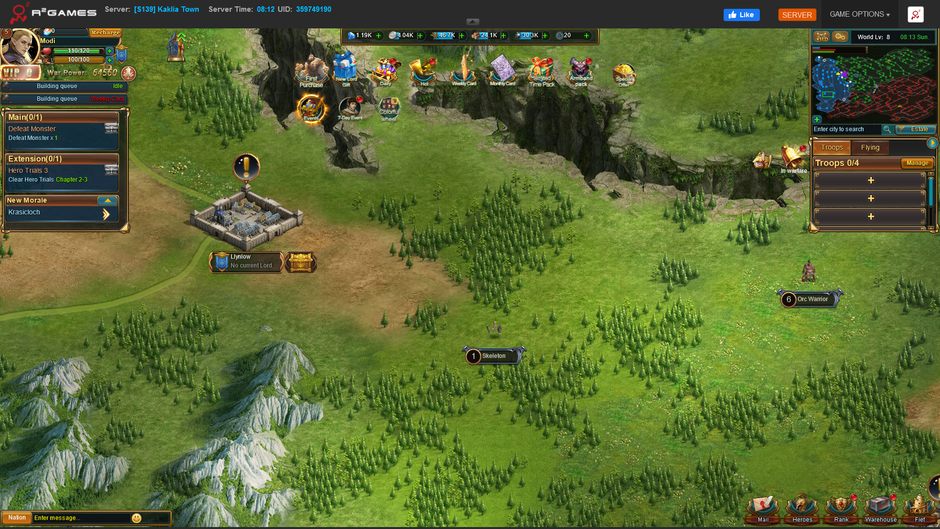 Heroes are also necessary to perform various actions on the world map. For example, they can defeat various monsters, do quests for cities (which can lead to becoming their Lord and getting bonuses), and last but not least - they can siege the hostile factions or defend your cities.

However, to be able to do anything at all, first, you need to send troops. They are taken from your reserves (their number is limited, if you want to increase the limit, you need to raise the level of the Recruitment Fort). You can have up to five units on the map (or six if we have a VIP 3 - you will learn more about it later). If you miscalculate and your troops fail, you lose them permanently (except for the hero who returns to the base).

You can attemp to acquire more properties by spending Mobility points. Like Endurance, they also regenerate over time.

However, the social aspect of The Third Age does not end with conquering other cities on the world map. There is also a PvP mode, in which, after unlocking it, you can fight with other players. There is also the option of joining guilds and fighting together. 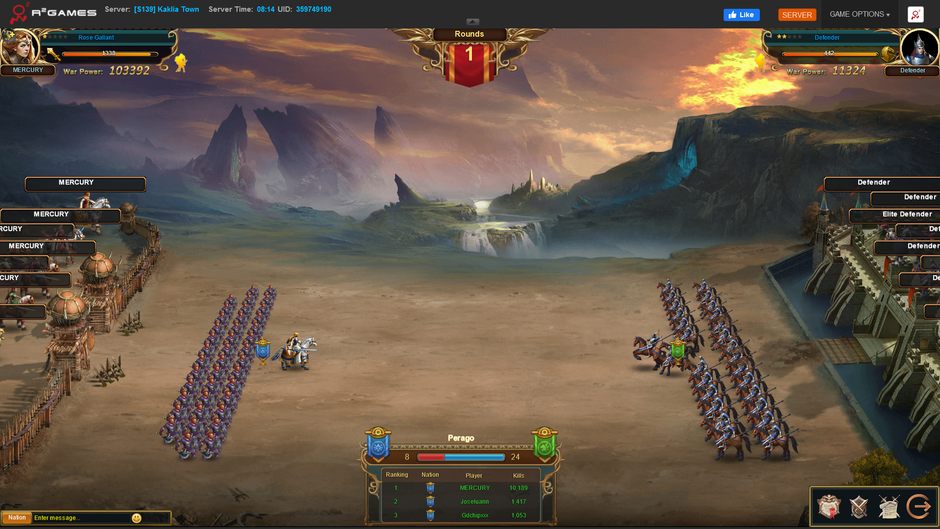 To develop your city effectively and to fight, it is necessary to collect resources. There are six types of it in the game. Four of them - Silver, Food, Wood and Iron are collected thanks to special buildings in your city. The higher their level, the more and faster materials they will be able to produce. Keep in mind, however, that you can't store an infinite number of them. The storage capacity is limited. To increase it, you need to upgrade the Pantry.

The resources listed above are necessary to recruit more soldiers and upgrade buildings. They also can be exchanged for tokens giving considerable amounts of supplies, increasing the experience of heroes, etc. (they can also be won as rewards for completing quests or participating in special events organized by the creators). In addition, Silver is necessary to develop the skills of your heroes after they advance to the next levels of experience.

Another resource in The Third Age are the Tech Points. They are necessary to discover better technologies unlocking, for example, more powerful troops. You get them, for example, by performing various quests or as part of the benefits gained from your lands.

The sixth resource in The Third Age is Gems. They are necessary, for example, to accelerate construction, recruitment, or research. You can also exchange them for other types of resources. They are also useful to immediately restore strength or endurance and to get subsequent VIP statuses. It guarantees various bonuses in the form of, for example, access to a special store or the aforementioned increase in the limit of troops that we can put on the world map. 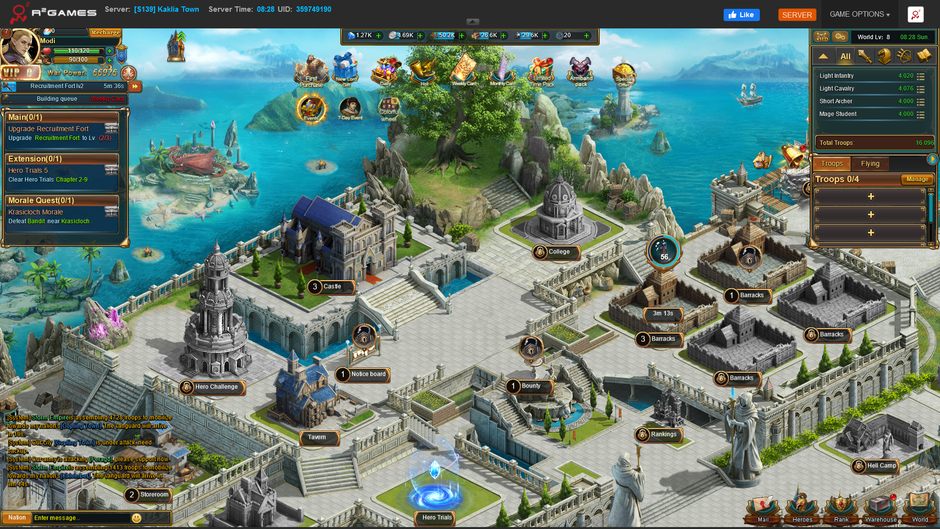 Gems are a reward for completing missions, gaining more ranks, etc. However, we can also buy them for Crystals. They are a premium currency, purchased for real money. In addition to purchasing Gems, Crystals are also used for getting a season pass, thanks to which, after reaching a given level, you can get valuable rewards (there is also a free version of the pass, which has slightly less spectacular bonuses).

The Third Age has a simple, two-dimensional graphics. Among other productions of this type, it stands out for its eye-catching portraits of heroes and spectacular clashes with many warriors. You may also like the music in a "high fantasy" climate, giving the right mood, whether you expand your city or during skirmishes. 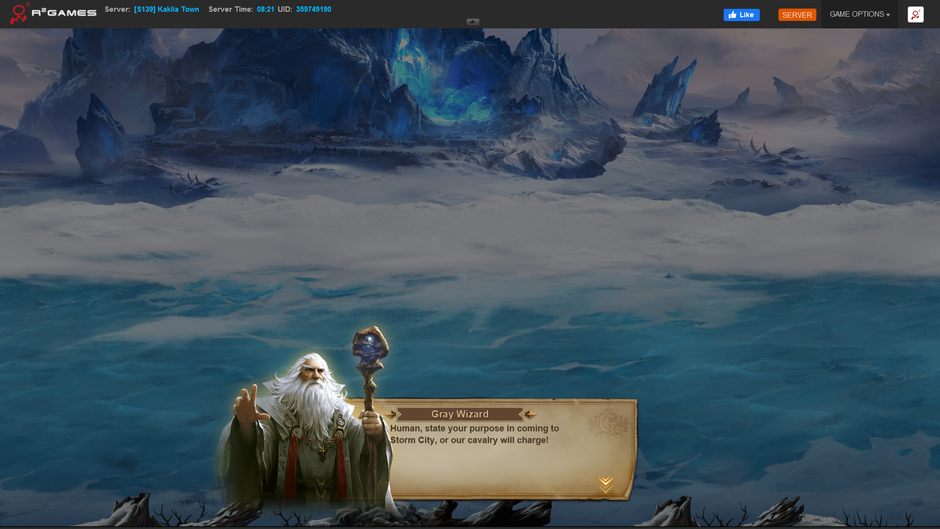 The Third Age should appeal to fantasy fans, who enjoy expanding their base and fighting on a large scale. The multitude of options and a pleasant progression system make the title enjoyable for long hours.