Think strategically and you will win!

Your coming was foretold by the prophets. Take the lead of the city and lead it to a bright future by expanding it and fighting against numerous enemies, including people responsible for the death of the hero's younger sister. All this in an extraordinary world, combining elements of ancient and late medieval Europe.

Total Battle is a strategy game developed by Fusion Core studio, in which you can play via a browser or on mobile devices with Android and iOS systems. Its action takes place in a magical land that combines elements of the climate of ancient Greece and Rome as well as late medieval Europe. The main character of the title is the new ruler of the city, whose coming was foretold by the prophets. His primary task is to lead his subjects to absolute power. However, things get complicated quite quickly. On the day of the wedding of the protagonist's younger sister, Gesta, her property is attacked and burned down by bandits. Most of the ceremony participants were murdered. Our avatar has nothing but revenge. 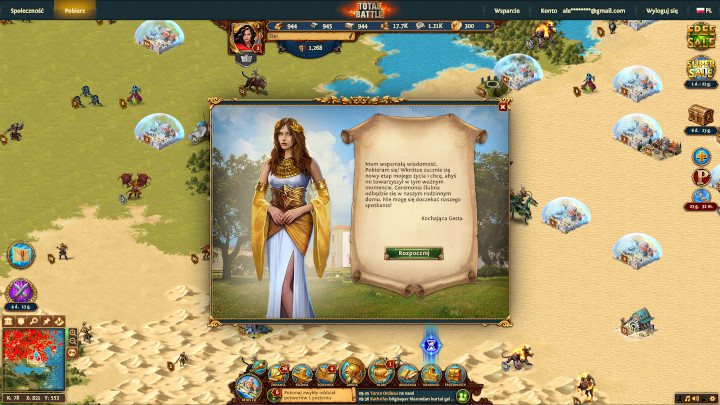 At the beginning of the game, we choose the gender of the hero. It does not matter much and is primarily used for aesthetics. Then we can start the game. It is divided into two stages. In the first one, we focus on the development of our city. First of all, we must ensure that it produces the right amount of raw materials and stocks. We are talking about wood, iron, stone, silver and food. We produce them in the appropriate types of buildings (successively in the House of the woodcutter, the Foundry, the House of the stonemason, the House of the gentry and the House of the Farmer).

The first three of these types of materials are necessary for the construction of other buildings. They are also useful for upgrading various types of constructions in order to increase their efficiency, combat properties or unlock new elements available in the game. The expansion is worth remembering especially in the context of the Capitol, which is the main place in our city. Its level largely determines what we can do in the game. In addition, gold bars are produced there, which we can transfer to the king of the Empire as part of taxes. In return, we can receive an additional portion of the remaining raw materials. 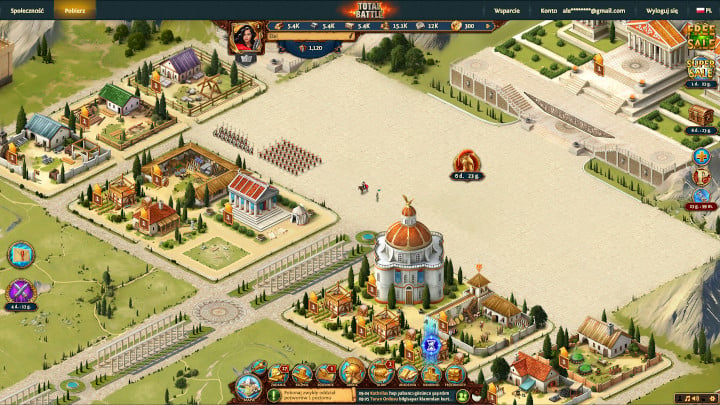 As for silver and food - they are mainly useful for recruiting troops. They are absolutely necessary to be able to defend oneself and conduct combat operations (this will be described in more detail later in this text). There are many types of units in the game - from regular spearmen and crossbowmen, to heavy horse knights, gunners with firearms and siege machines, to powerful monsters such as dragons, giants, elementals and dinosaurs. Each has its own stats and works well against different types of opponents. Therefore, it is worth remembering that our army should be as diverse as possible. At the same time, however, it should not be forgotten that more food is needed to support more powerful warriors. So if we do not want them to be completely useless, then either we must have enormous supplies of food or refrain from drawing too much stronger units.

Our army, however, will be useless without the appropriate commanders. Warriors can be led by captains or the hero himself. We can have a maximum of three active at any one time (and thus, we can send a maximum of three armed groups into battle). They have their own individual statistics and are effective in leading various types of troops. Some guarantee bonuses to combat for the most basic units, others improve the effectiveness of specialists. We can recruit more captains by spending the right amount of silver (as long as we have them unlocked). 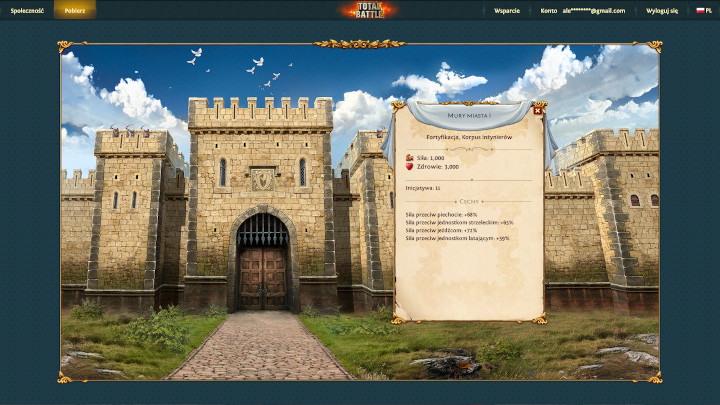 Both the captains and our main character (or the heroine) gather experience along with the subsequent skirmishes they lead. When they accumulate the right amount, they advance to the next level, which increases their attributes and allows them to take control of a larger number of warriors. Character traits can also be increased by creating and giving them items crafted in the Forge in the city from items found during the game.

When the basic facilities are provided, and the army proudly presenting itself in the main square of our city grows to the appropriate size, we can start the second element of the Total Battle game, i.e. activities on the world map. It is a huge space covering the cities of all players on a given server. There are various biomes there and, importantly, they do not only fulfill an aesthetic function. They also guarantee various bonuses - if a settlement is located in the desert, for example, then it is able to produce silver faster, and food on meadows and plains. If we do not like the place where our city is currently located, we can teleport it or move it to another server (also known as the Kingdom). However, it is quite an expensive investment.

We can attack the cities of any player in order to get loot and conquest points necessary to discover some technologies in the Academy, unlocking various gameplay elements and guaranteeing bonuses. Before embarking on such an expedition, however, do not forget to do the appropriate reconnaissance and choose the right army composition to face the defenders. Of course, we can also become the target of an attack ourselves. That is why it is worth remembering all the time to expand the defensive walls of our city, guaranteeing adequate protection. 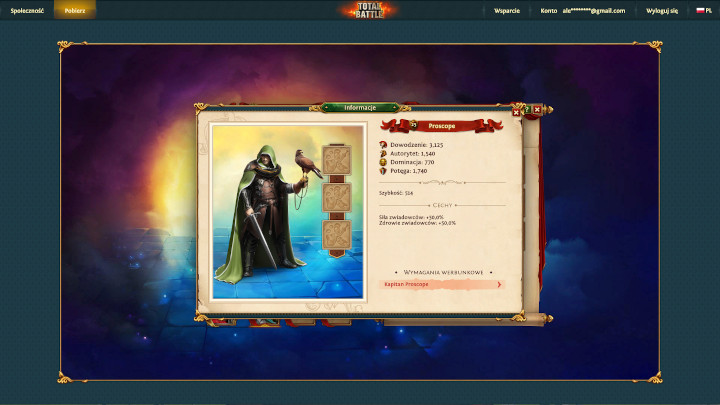 Of course, the players do not only have to attack each other. They also have the option of joining into clans. What are the benefits of this? First of all, people in one alliance protect each other. They can also count on help in accelerating the construction and improvement of individual structures, the delivery of special chests and the possibility of using common portals that allow them to freely move their armies to different regions of the map. The game also allows you to transfer special caravans between friendly cities to exchange goods.

And what can we find on the map, apart from the cities of other players? Lots of other things. First of all, they are groups of monsters. There are four types of them in the game - Common, Rare, Heroic, and Epic. An army led by a captain can move on to the first ones, and on the rest, an army led by the hero himself must be sent. Defeating various creatures guarantees, in addition to experience for commanders, also the so-called valor points. This is the second type of resource necessary to be able to develop most technologies. Of course, the higher the level and rarity of the opponents, the more attractive the rewards. For dealing with a heroic unit, which is better not to be approached without the support of other players, you can also get chests with valuable loot.

You can also find the so-called monsters strongholds. To get them, you need siege machines in your army. Depending on the fortress type. 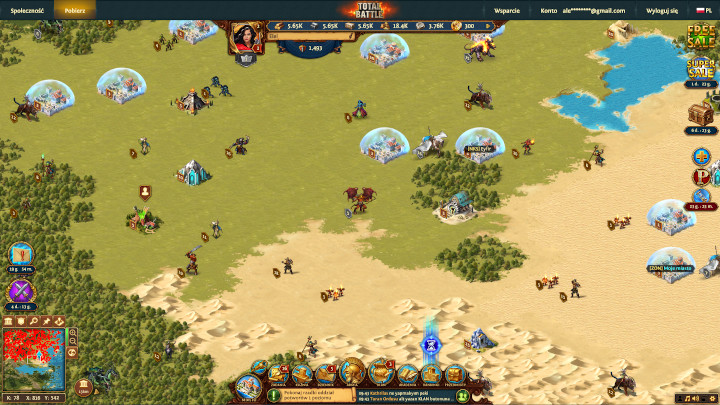 These crypts are another type of objects on the game map. Their exploration, which requires captains, guarantees experience and various valuable items, from which you can, for example, create equipment. In addition to the appropriate keys (in the case of less common catacombs), to be able to enter them, you need the tar produced in the appropriate building in our city. Exploring these places is very simple - we send a commander who, after reaching his destination, conducts searches for a while. When this activity is complete, the research rate percentage will go up. After reaching 100%, we can enjoy the rewards.

Then we have mines, villages, etc. These are objects that we can occupy our army led by a captain and for some time benefit from them in the form of additional resources. However, you have to be careful, because other players may try to recapture the places you have taken.

There are also arenas on the Total Battle world map. Only the hero can enter them and he needs the appropriate amount of the wrath potion. Completing them is very similar to searching the crypts described above. 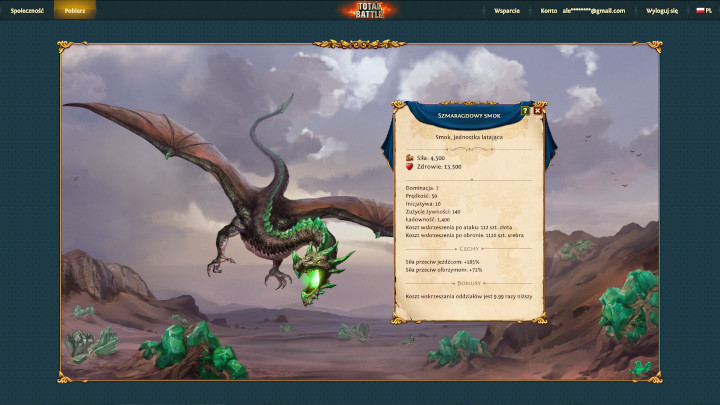 Finally, from the view of the kingdom, we can take part in story missions. They are related to the massacre mentioned at the beginning, which took place at the wedding of our younger sister. Usually, they involve going to the indicated place and performing the required actions. Interestingly, individual chapters require us to make certain moral choices, so to some extent we can shape the story ourselves.

During all clashes on the world map, our army will suffer losses. Fortunately, however, 90% of killed warriors can be resurrected in the temple. However, it costs the sacred potions that are produced in this building.

Although you can play Total Battle without spending any real money, of course there is a store in the game where you can do it. We can see real cash, among others for various packages containing, for example, construction and recruitment accelerators, additional supplies or gold being the premium currency. In addition, there is nothing to prevent you from buying premium status for seven days, guaranteeing various bonuses, depending on the title you choose (the Great Archaeologist will increase the experience of exploring the crypts, the Great Lord will increase the effectiveness of help from allies, etc..). 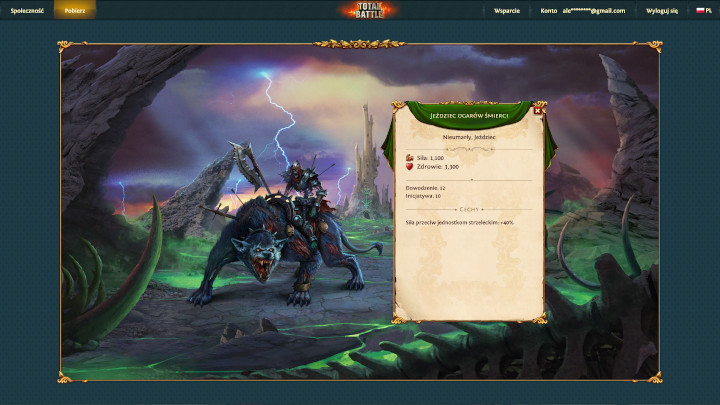 Total Battle It can boast a very nice, colorful graphic design. The drawings of individual heroes and units present in the game are at a very high level. You may also like very atmospheric, slightly ancient music.

To sum up, Total Battle is a strategy that should appeal to everyone who also liked such games as The Third Age or Rise of Kingdoms: Lost Crusade. The gameplay does not rush, so you can start the game, give a few orders to build or expand, lead your armies into battle and come back the next day to see what new challenges await. And let's hope that there will be more and more of these over time.