Trove is a game that, at first glance, may look a bit like one of the biggest hits of recent years – Minecraft – But don't let this setting fool you! Despite the voxel graphics, it is a fully fledged, complex MMORPG with all the most popular elements that can be found in the productions of this genre, and the use of such aesthetics is an additional breath of fresh air! Create your hero and fight against the mighty monsters in a square world!

"Square MMOs" – as the game is described by the creators themselves – is, contrary to appearances, a very complex production. Not only the mechanics known from classic online games have been integrated here, but also the elements well known from Minecraft - mentioned above - have been added here, but we'll discuss this later. However, it is worth knowing that Trove is primarily a MMORPG, so the core of the game is based on quests, exploration and combat. 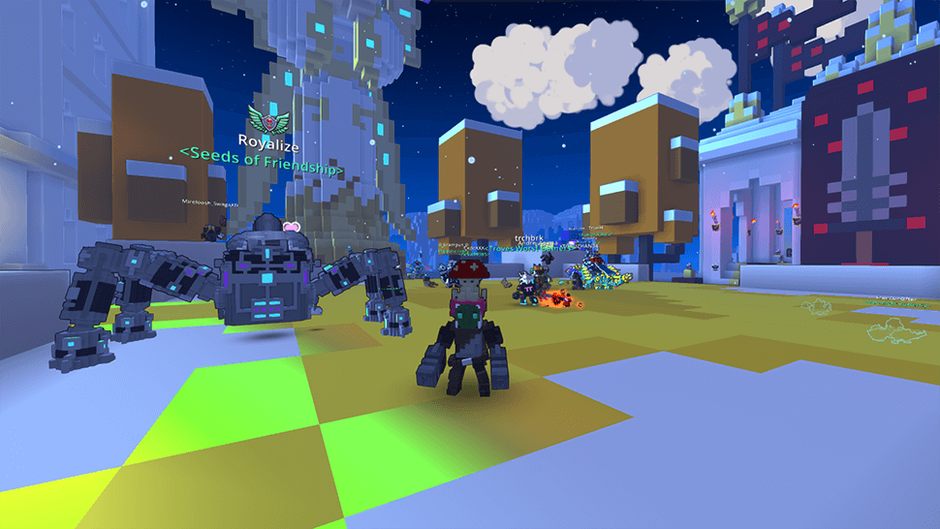 We will start our adventure by creating a hero and choosing the class. This choice will also define the way we play the game, so before making it, it is worth considering what style we expect. The creators have prepared for us as many as 16 (!) different classes, and each of them is characterized by unique mechanics. These are as follows: Vanguardian, Dino Tamer, Chloromancer, Revenant, Lunar Lancer, Tomb Raiser, Boomeranger, Pirate Captain, Shadow Hunter, Ice Sage, Candy Barbarian, Neon Ninja, Dracolyte, Fae Trickster, Gunslinger oraz Knight. As you can see, not only graphics, but also the choice of available professions introduces a lot of flair to the genre of massively online games! 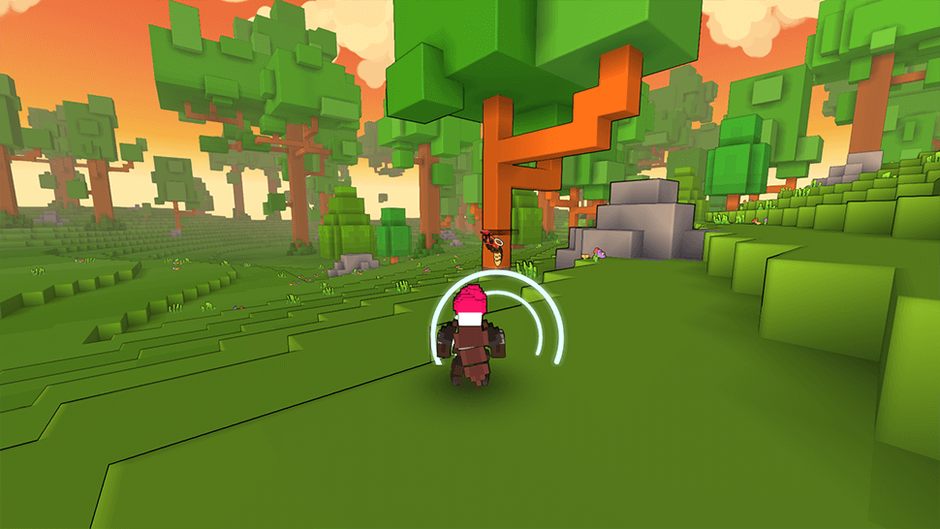 The Trove World will welcome us with a short feature tutorial for passing which we will receive valuable prizes, so I recommend completing it carefully! It is worth noting that the gameplay takes place here in a hub filled with portals, leading to new worlds or "adventure worlds." You must remember that the higher the level of the portal, the higher the level of difficulty, but at the same time – the better the loot! The gameplay itself (as mentioned earlier) is based on classic mechanics known from network RPGs. You can't do without completing quests, fighting monsters, bosses, and exploring. 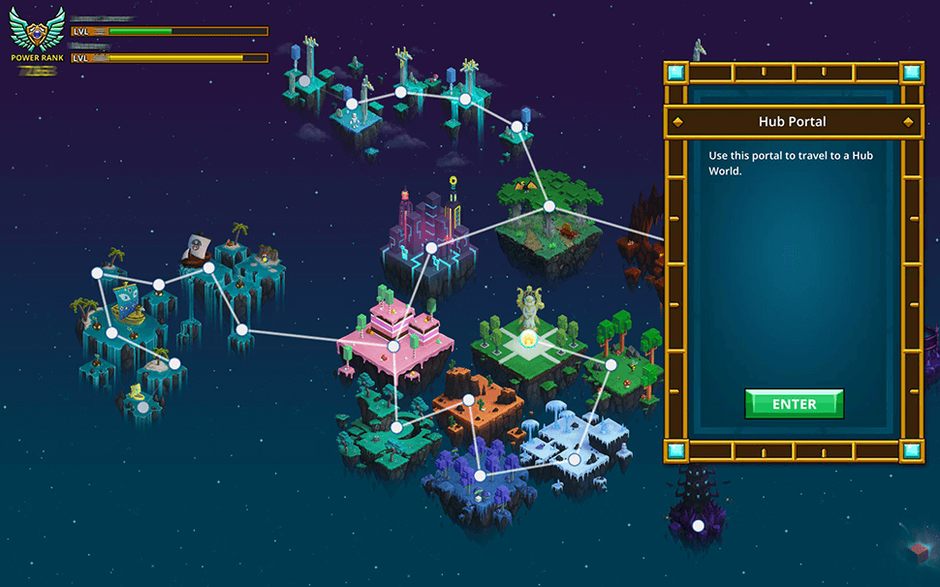 In the game, you will also find standard dungeons full of powerful monsters, as well as liars, i.e. a slightly smaller versions of them. Both are also connected with the mechanics of generating game content by the players themselves, but about it in one of the following paragraphs. Endgame dungeons are primarily a place where we test our combat skills, and if they are sufficient to defeat the monsters waiting for us, we will get the most valuable items available in the game. 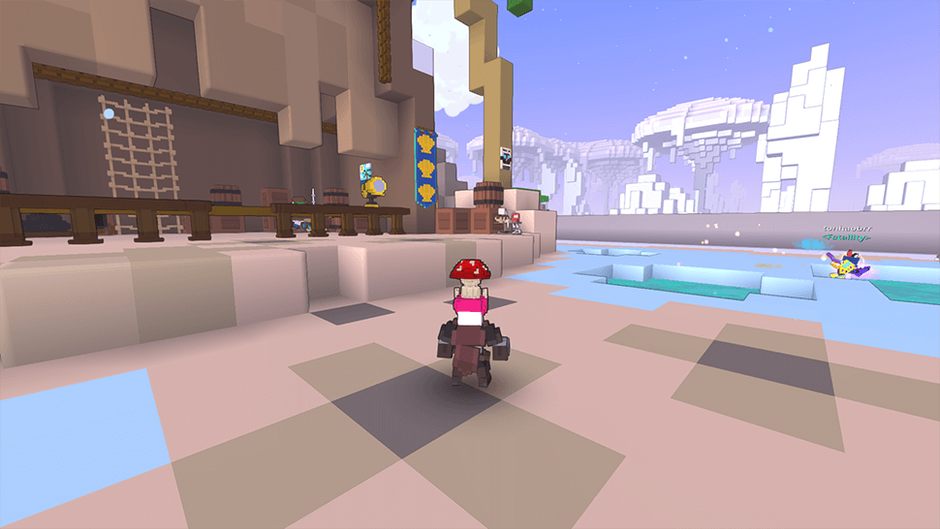 Trove is – contrary to appearances – a very dynamic game. In addition to the fight itself, we will also have to learn... how to efficiently navigate the map in order to properly explore it! In order to facilitate and at the same time diversify this, the creators have prepared a few ways that allow more dynamic movement. These are as follows: 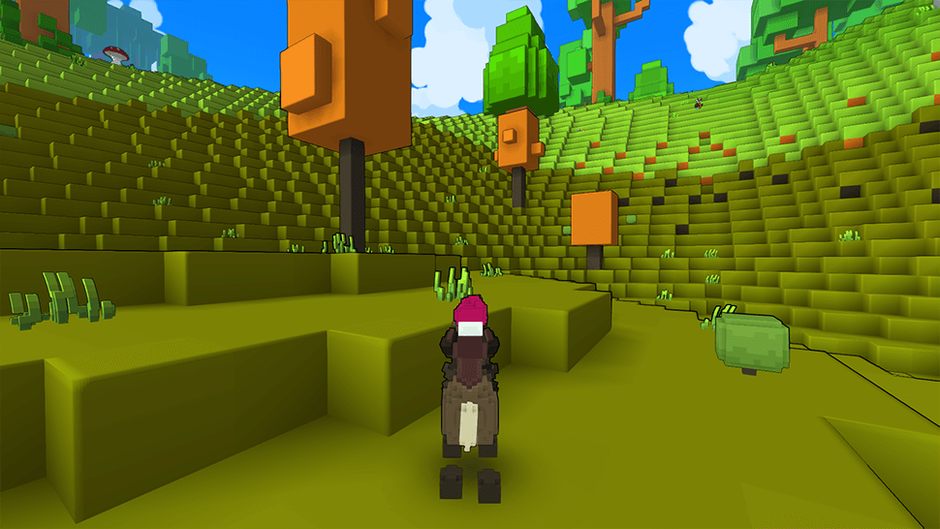 What distinguishes Trove from other MMO games is the underlying sandbox character of the production! This title offers a tool called "voxel editor", which will allow all players to create their own items, decorations, as well as the aforementioned liars and dungeons, which will have a chance to be featured in the game! In addition, we will set up our own Cornerstone here, which will serve us as our "base," where we will regenerate our strength and supplies before returning to a world full of dangers. This isn't all! Being a member of a club (the equivalent of guilds known from other games) with its own headquarters, we will be able to develop it as soon as we get the rank of "architect." 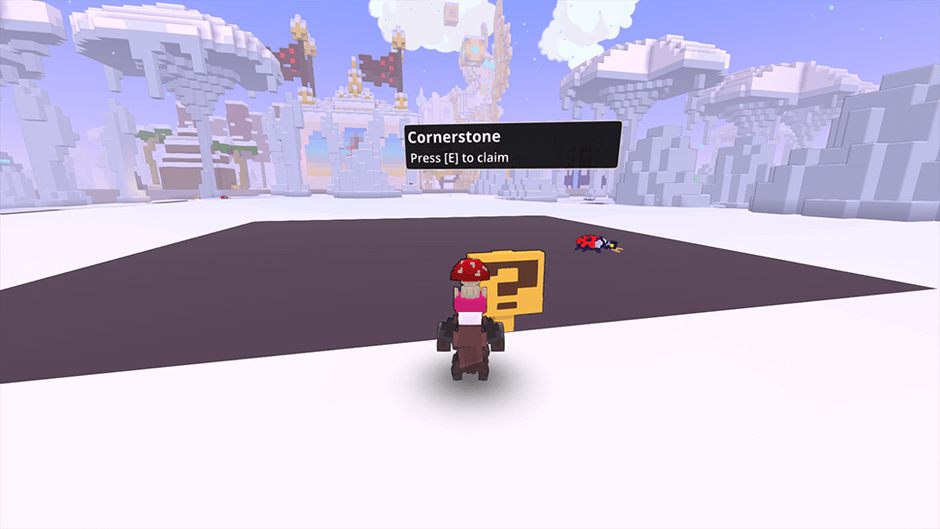 Trove is a completely free production, but there are a number of additional premium features well known from other free-to-play games. You will find here a shop with cosmetic items (mainly mounts), and you will also get the opportunity to be a regular "patron." Such a solution in exchange for monthly fees guarantees us boosts for the account, which accelerate some elements of the game. Players who want to enjoy free gameplay should have no reason to worry – the whole game content is available free of charge, and the only difference between F2P players and payers is the difference in the time required to reach the endgame, which should not be a problem with a bit of patience! 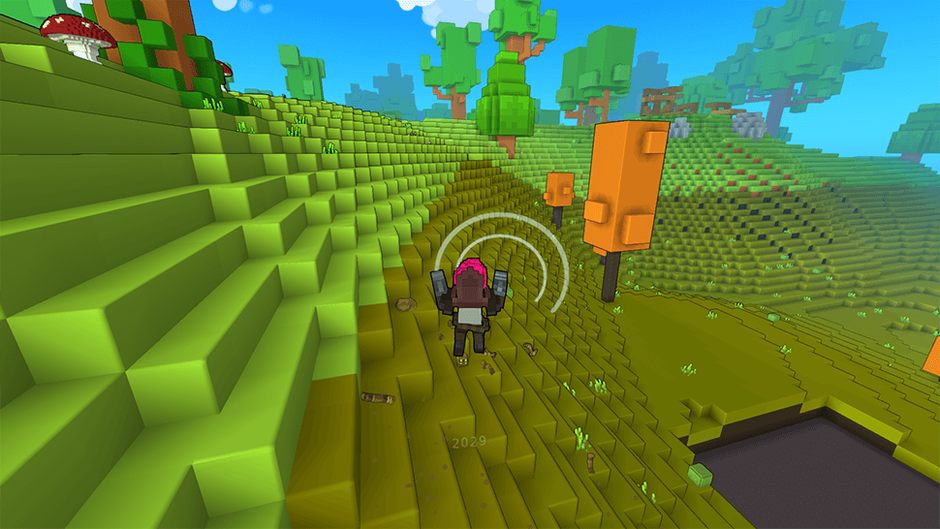 The production of Trion Worlds studio is definitely a breath of fresh air in a slightly bygone MMORPG genre. Trove offers all the favourite elements known from this type of games, as well as a lot of novelties taken from other popular online productions. So if you are looking for something new, addictive and at the same time very complex – you have found the right place. Eye-catching graphics and dynamic gameplay won't let you get bored for hours. Enter the square world and see for yourself today!

Here are some tips to help you in the beginning: