Yarr, comrades! Welcome to the world of Ultimate Pirates, a browser-based strategy game with the eponymous sea dogs in the main role. The new work of the well-known Polish online game company Gameforge combines the best elements of economical browser games and sets it in a fantastic sea world. Parrots on the shoulder and to the adventure!

Battle Warship: Naval Empire is a military strategy game taking place in a world plunged into chaos. Your task is to build a naval base, extract resources and fight for survival. Keep afloat and lead your units to victory. 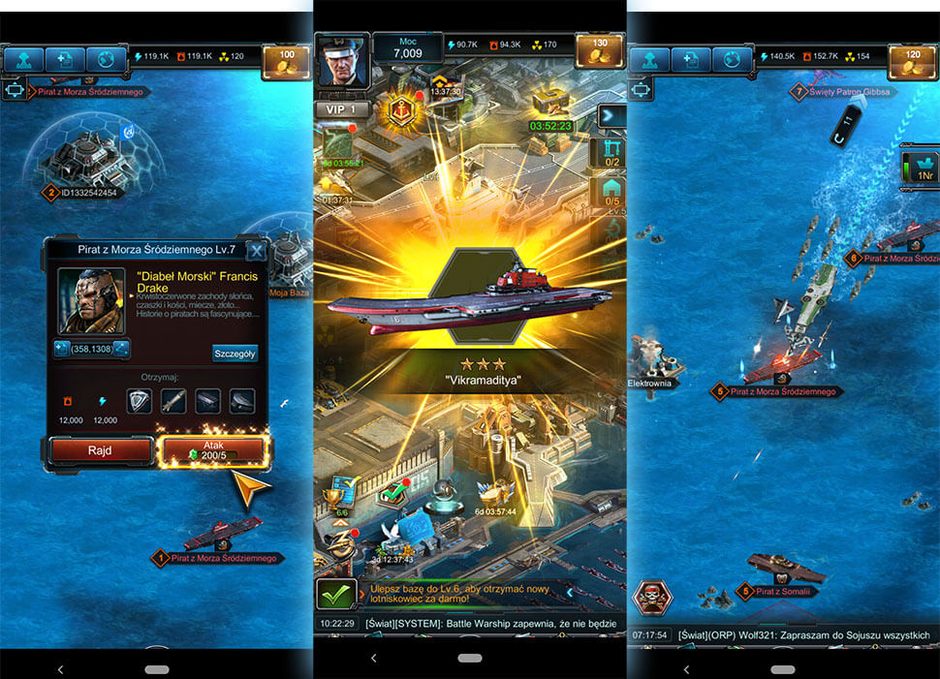 The game starts with an informative tutorial – if you choose the beginner option, you will get a lot of tips on how to expand the base and fleet optimally. Be careful not to become a farming spot for other players. Make sure that your base is well protected, and the fleet is always ready. You can use military vessels and aircraft with an extended level system – with it, you will be able to make your units even more powerful. The level system is also available to buildings so that you can unlock new features and better units. Expanding the base and fleet will require resources – Electricity, Uranium, and Oil. You will get them from your own buildings, as well as from oil rigs and power plants located on the map. Resources and other rewards can also be obtained by attacking pirate ships or other players' bases. In addition, you can also get rewards for logging in, completing missions, and using the accelerator – a lottery in which we spend tokens on drawing useful items or resources. 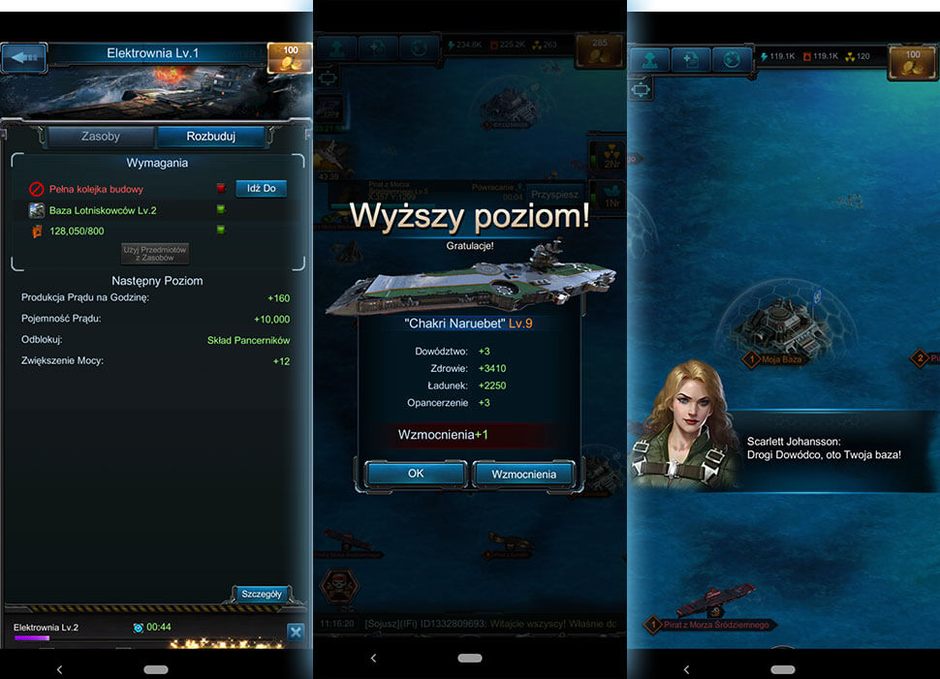 Join an alliance or create your own – team up with other players on the way to victory. Alliances provide not only support from other members but also access to useful features such as free ship repairs or mobilizing a fleet to hunt sea monsters. 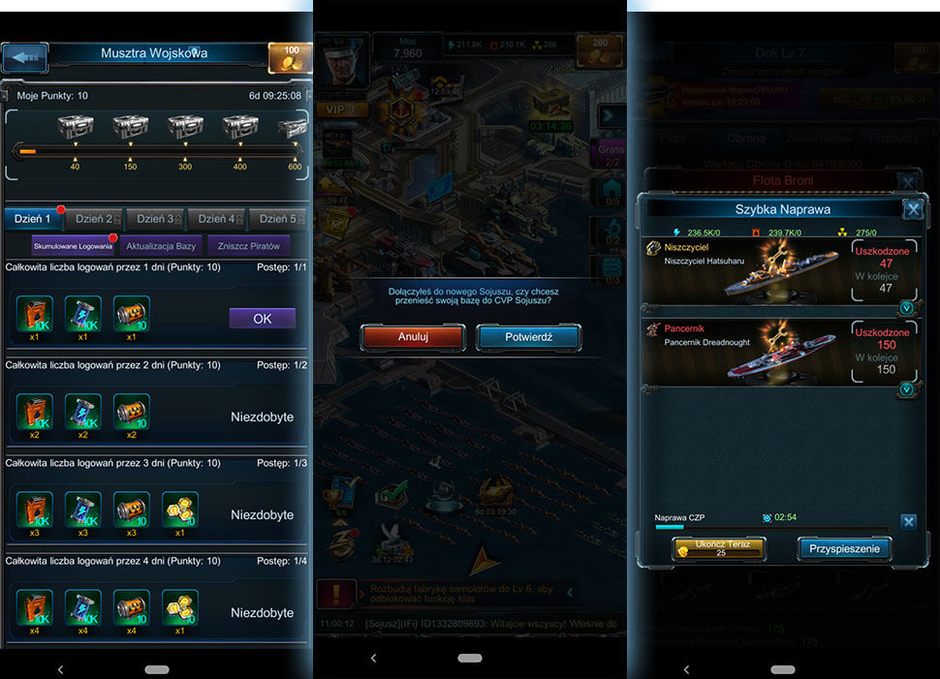 Battle Warship: Naval Empire is a free game meaning it has a premium store, where you can buy the in-game currency – gold coins, as well as resources, boosters, accelerator tokens or elements for improving the fleet and aircraft. The store also offers unique military units and attractive resource packs. 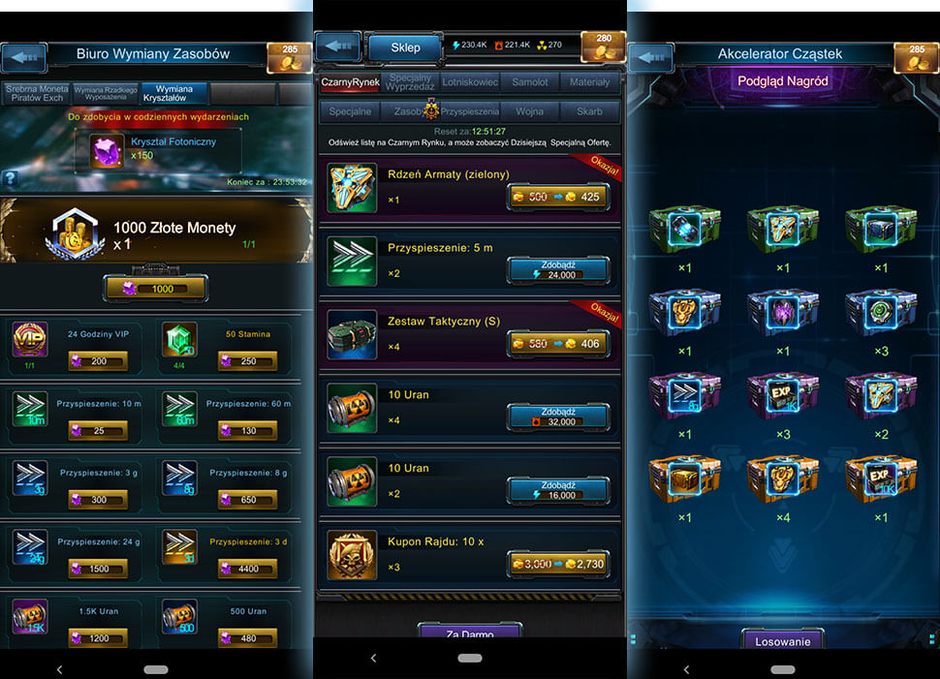 Battle Warship: Naval Empire is a free game that is definitely worth your attention. It will be especially interesting for players who love competing with others and enjoy strategy games. If you dream of becoming a sea dog and taking control of the ocean – this game is a perfect choice. Accept the challenge and become the best naval commander!